I went out to the sheep field this evening to take a picture of April.  She was born on this day 14 years ago.  I think she is a pretty decent age for a sheep.  What made her special was that she and her brother Fool were the first bottle babies that we ever had.  Their mother was fairly old, and had trouble the year before with a prolapsing vagina, so I tried to make sure she didn't get bred that year.  Unfortunately I didn't seperate her early enough. It wasn't until the day the lambs were born that I realized my error, as she walked up the hill in her private field with a suddlenly swollen udder.  The lambs were born that night, and mother Moira expired a couple of days later.
The first bottle babies are always fun.  Our kids were young enough that they wanted to be part of it, and those lambs got lots of attention.  Somewhere there is a picture, and I will post it if I ever find it.  They did go to school one day, and were a big hit with Mrs. Parkinson's grade two class.
Unfortunately Fool was a ram lamb, and he got big and obnoxious, and he went the way of most of his kind.  Someone enjoyed him, but it wasn't us. 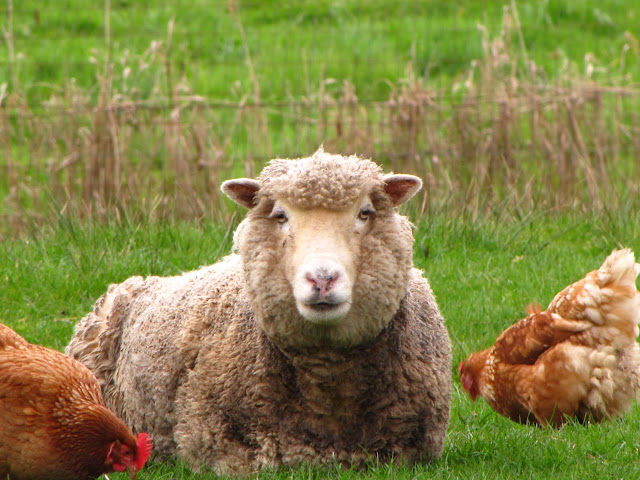 If any of our sheep could be called pets, I guess April would be the only one that fit the bill.  She was the smallest sheep we had, and remained just that little bit tamer than any of the others.  She always had the cutest lambs, those are hers in the header photo, as are these photos here. 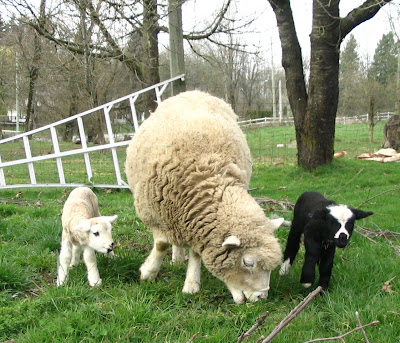 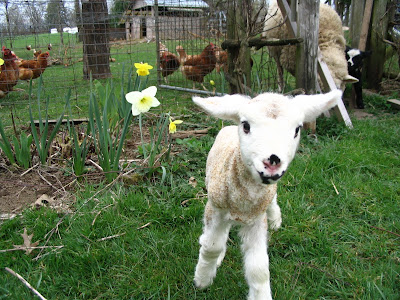 We haven't had lambs for a couple of years.  Our ram died, and I had always hated taking the lambs on their one way trip, and would put it off for weeks.  I do enjoy the taste of lamb though, and once they were in brown paper packages and in the freezer, it didn't bother me to eat them.   So far I haven't replaced the ram, and now we just have four lawn mowers.  Maybe one day soon though I will, there is no lamb left in the freezer.
Luna and Jake came in the field with me.  Luna eventually got close enough that April got up and all the sheep moved.  I don't know much about herding sheep with dogs, well other than what I have learned from a few videos from the library.  Luna has some instinct, favours one side more than the other, and doesn't make any attempt to try balance the sheep between herself and me.  The sheep don't crowd around me when she puts pressure on them, because before Luna, I herded them myself, so they are used to moving away from me. They pretty much know the routine anyway, our place is not very big, and there are only a few places I would be moving them to.  I do understand pressure fairly well though, because of all the herding I've done.  So with the help of some of my agility commands 'get out' 'get out around', 'behind' and 'lie down' yelled at the appropriate moment, we have a bit of fun in the morning moving them to another field.  As she does a huge counterclockwise arc, I throw an 'away' in there too:)    She leaves them fairly easily with a 'that'll do'. 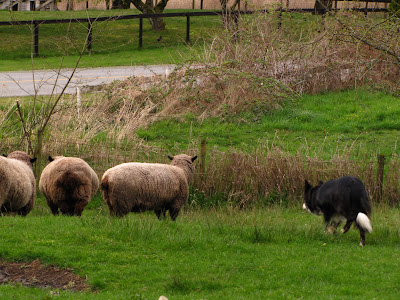 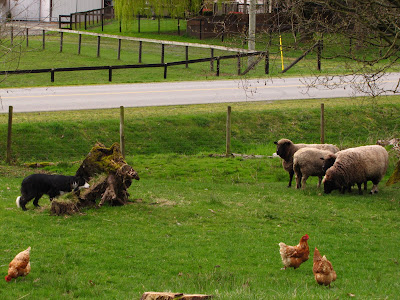 Luna played peek-a-boo around a stump 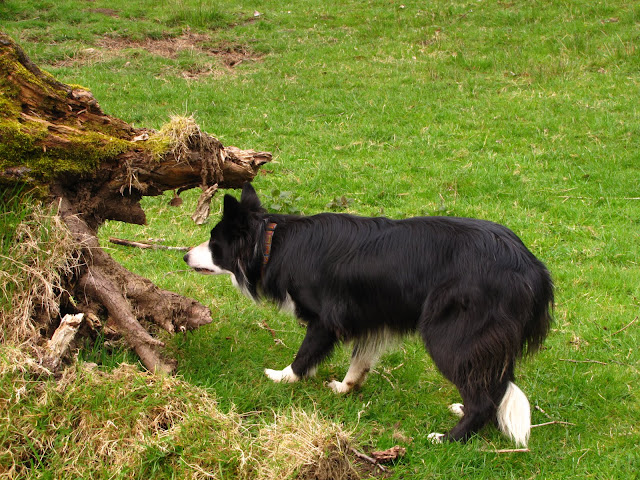 Jake waited patiently just behind us, not taking his eye off the ball, hoping.... 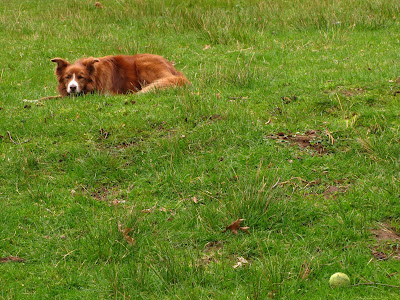 and then he just gave up. 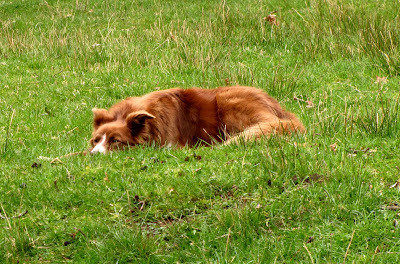 We left April in peace. 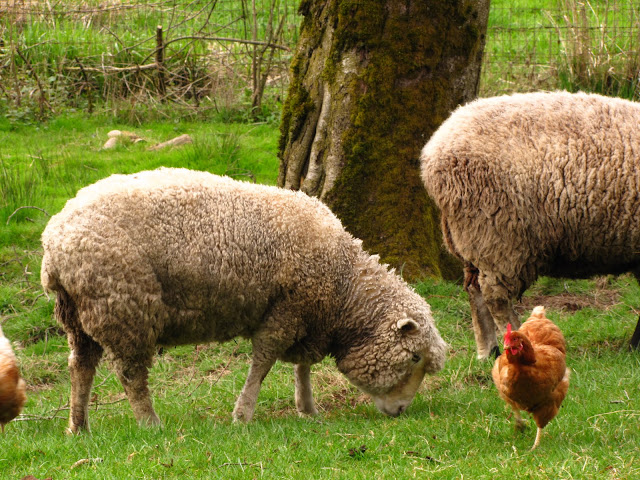