I spy with my little eye...

Some potato leaves!  Yesterday late, and it must have been the way the sinking sun was hitting the soil, I saw that a few of the potatoes were just poking through the soil.  We have finally had some nice warm days, so that has probably helped to get things moving.  What also helped was that I forgot to shut the gate between the veg. garden and the south chicken field on Monday night, so yesterday more chickens than usual got in there, and they went to town on my newly raked potato hills.  Oh well, doesn't really matter, as the shoots coming up weren't exactly in the center of the hills.  I'll wait until I see more leaves, and then rerake the hills into the proper spots.
Neighbour George came over today with his cute little tractor and rototiller, and tilled between the rows in our new garden.   We have some currant and blueberry bushes planted out there, as well as rhubarb and raspberries, and there's room for a few more things.We have a tractor, but half the time lately it seems to not be running.  Also, we do not have a tiller for the back of it.It did require a fair bit of discussion between Neighbour George and Larry to get the technique figured out for the tight space they had to work with. 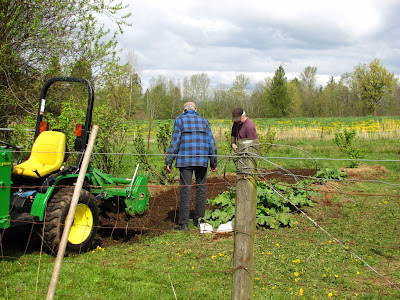 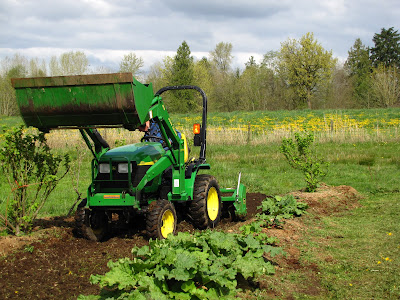 Luna wasn't too thrilled that Neighbour George was there, and barked at him a bit.  We played the 'look at that' game from the book Control Uleashed.  Basically she was rewarded for looking at Neighbour George. 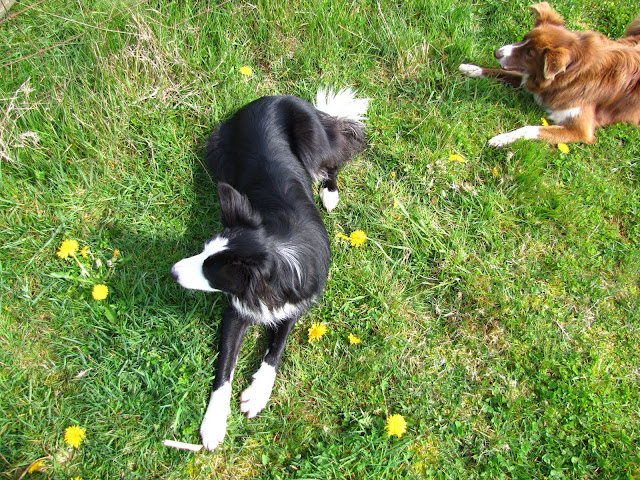 Someone standing around is the ideal candidate for a ball thrower in Jake's opinion.  Luna stands by, looking rather nonchalant, and then dashes in for the steal. 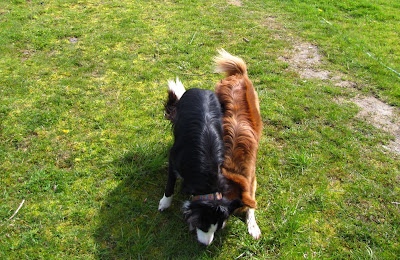 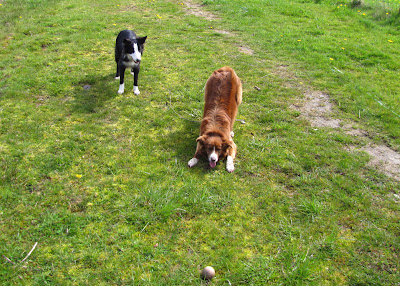 She carried off the prize, but doesn't really care if Jake steals it back, which he did 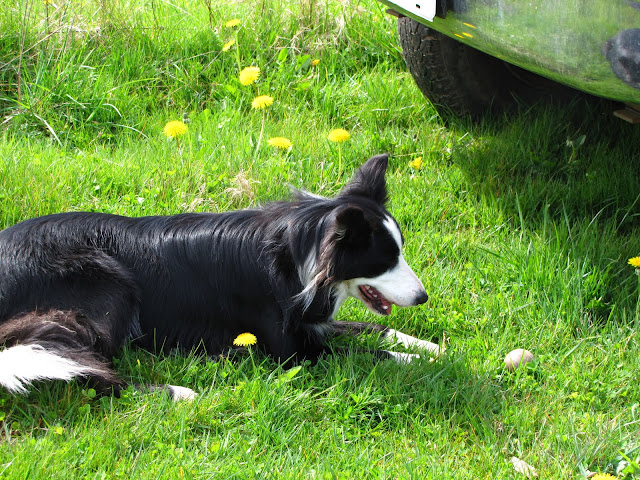 Pride, our 28 year old quarter house gelding, enjoys the grass in the north field.  He's starting to look a little chunky though, so we'll have to control his access to the grass to prevent him from foundering. 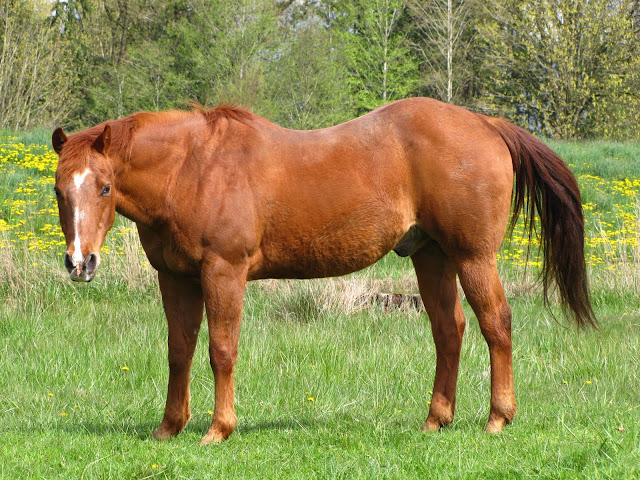 The Comice pear tree in front of the barn is in full bloom. 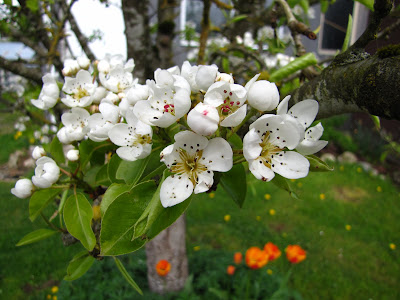 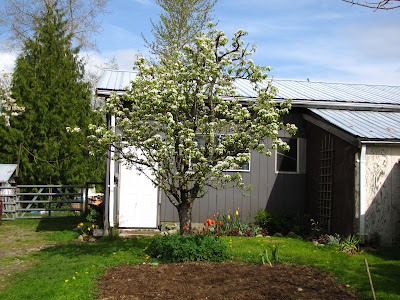 I was hoping to see the pear trees swarming with bees, but was disappointed.  There were a few, plus a wasp, a house fly, and some other unidentifiable winged creatures.  The bee was loaded down with her pollen sacs.  Some fascinating information about bee pollen here .  A house fly was drinking from a drop of water caught in the blossom.  Hopefully the fly might carry pollen from one blossom to another. 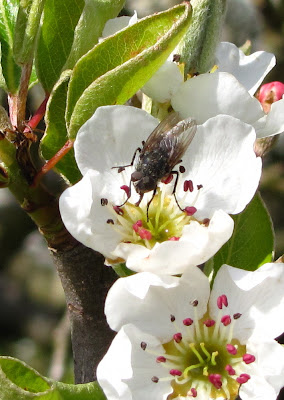 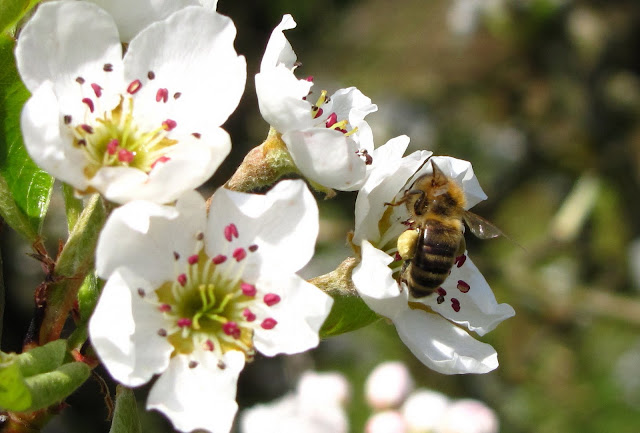 The apple blossoms are just opening on the unknown apple tree on the back lawn.  The blooms are exquisite.  Hoping for a good crop there as well. 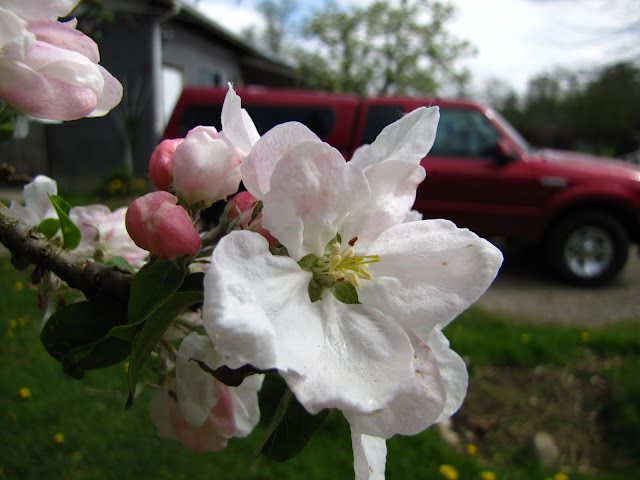