Here's the first produce of the year, well the first edible thing that was seeded this year, which we had in our salad for supper tonight.  We also had some kale leaves and flowers in that same salad, but since technically that is from something that overwintered from last year, I'm not going to count it. 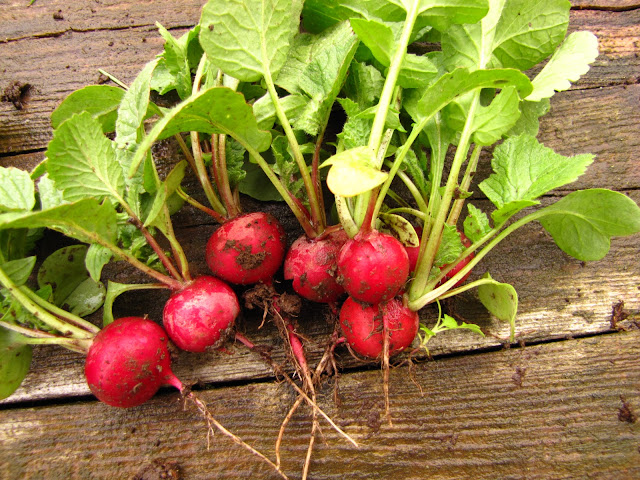 And on the subject of food for supper.......
the dogs got their first meal of raw fish tonight.  (Yes, it was frozen before being fed to them).  I was interested to see what they thought of it.
Since I don't want it to cost me an arm and a leg, I haven't been giving them a whole lot of variety with this raw feeding. Mostly chicken and turkey, as those are what I can get the cheapest, and then beef.  Pork seems to give Luna and Jake terrible gas, so I have to severely limit the quantities of that.  Running agility with Jake Monday of last week was a very malodorous affair, (shudder)
Not sure that I would want to eat something that has eyes though 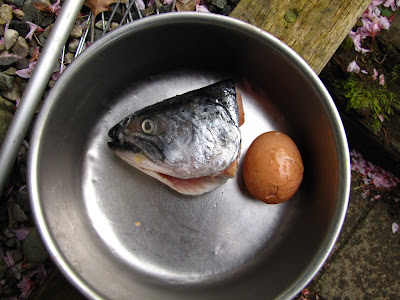 Jake dived right into his 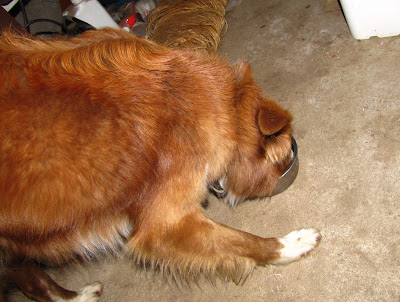 Luna laid down in anticipation 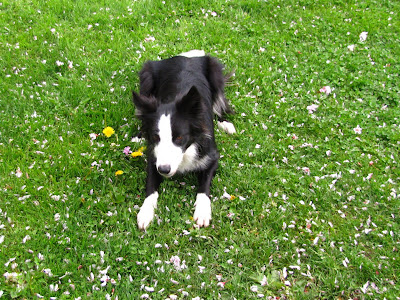 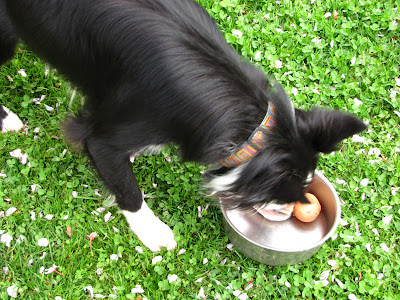 Gave it a smell 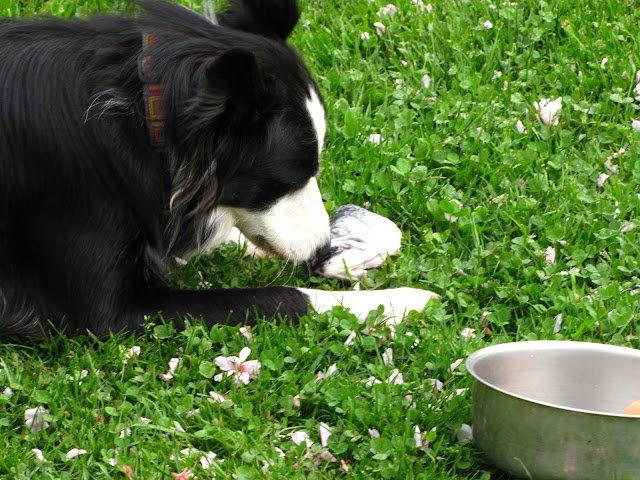 Gave it a lick 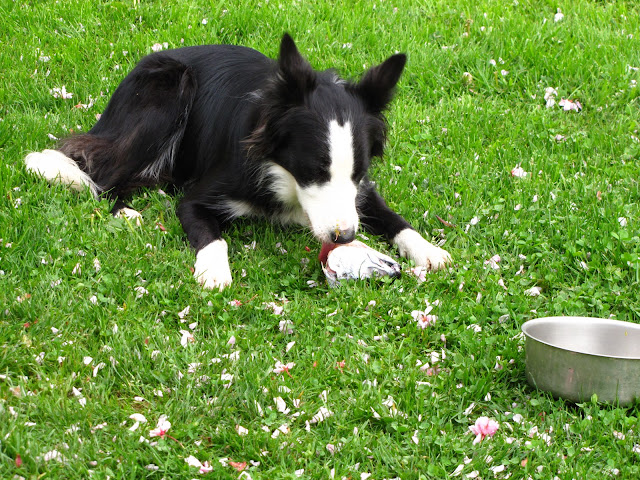 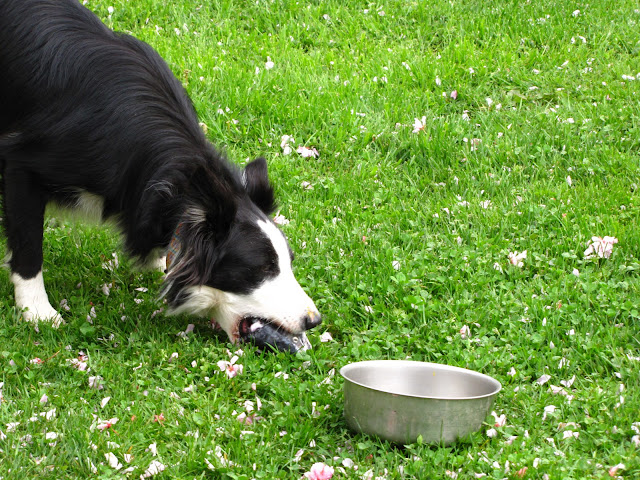 Then seemed to get it figured out.
In fact I like how long they chewed on those fish heads
It seemed to take them longer than I thought it would, and even longer than the chicken legs Calli liked hers too 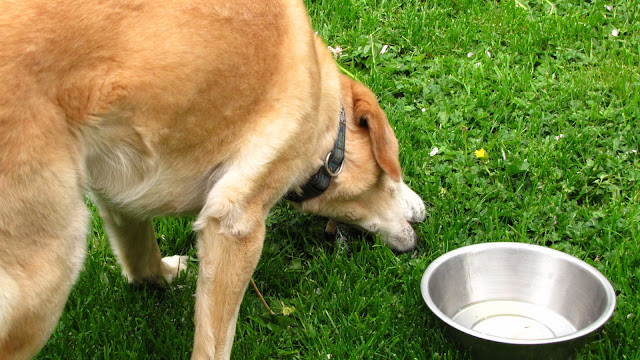 But Calli decided a meal wasn't complete without dessert.  There was a bag on the floor in the utility room from the market on Saturday, with assorted things in it.  We had forgotten the two muffins that Larry had bought, and they were still in that bag.  That bag has been there for three days.  Calli in particular has had access to that bag the whole time she has been inside, since it was first left there.  Why all of a sudden, minutes after she had finished her fish and egg meal, did she suddenly decide to get into that bag, I'll never know.  I had been outside watching Luna finish her meal, came back in, and saw this on the dog mat.  Took me a few moments to figure out what it was, or had been.  There had been two muffins in that package, and at least one was gone.  The other one or what was left of it, was a mangled mess. Calli was spitting out bits of plastic wrap when I caught her. 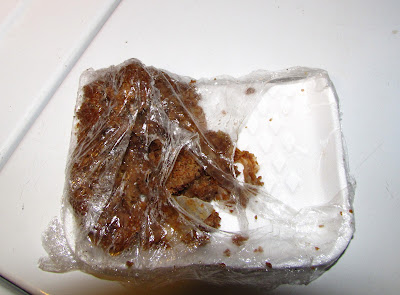 Well, if the fish doesn't agree with her, the muffin, which was bran, will just help move things right along:(
Posted by Karen at 10:41 PM