This afternoon we headed to Fort Langley.  Early last week I had a phone call from Global TV to tell me that I had won a month's free dog food.  I had emailed my name in to a contest connected to the Adopt a Pet segment at the end of Tuesday's noon newscast, and I was the lucky winner.  It was a raw mix, frozen in blocks, so fit in alright with what I have been feeding lately.  It certainly won't be something that I would feed on a regular basis though, as I figured using that product would cost me $300 a month to feed the three dogs.
So we headed down to Waldo and Tubbs in Fort Langley to pick up the prize.
We took the dogs with us and took a walk at Brae Island Regional park.  It is located on McMillan Island, hmm, so why is it called Brae Island Park?  The park is on the island that you drove across to the now non-extinct Fort Langley ferry. 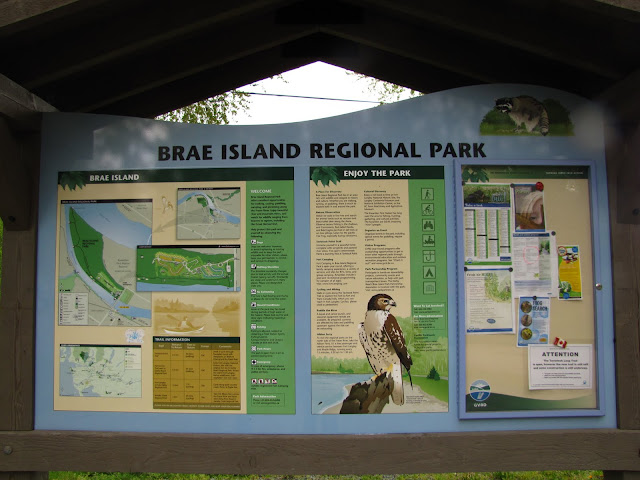 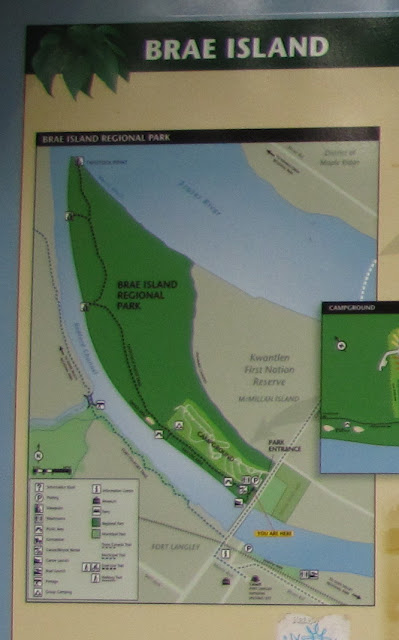 There were some sandy beaches along the side of Bedford Channel and you looked across at the Bedford Landing housing development.  We weren't sure how dog friendly those beaches were, so headed down the gravel trail.
The trees were friendly though! 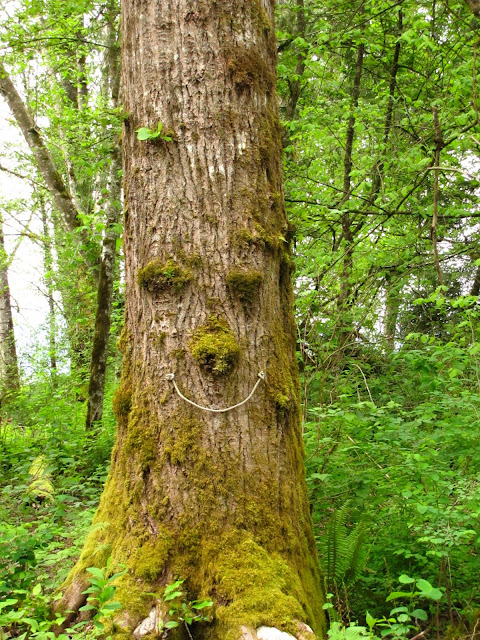 Not sure if this Barred owl was friendly or not, but gave us a start as he lifted off in front of us and flew overhead. 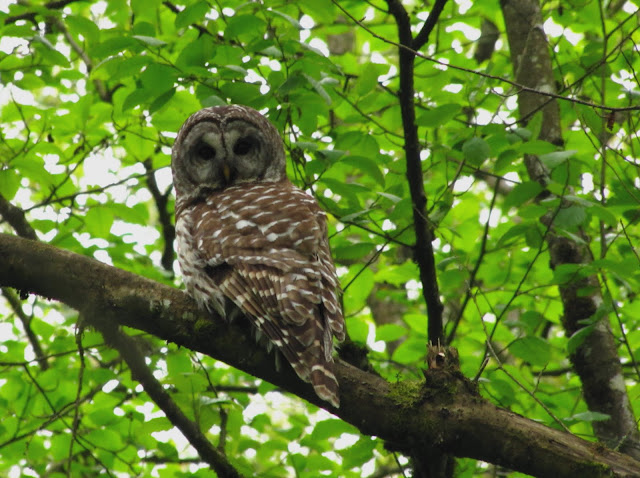 We got to the end of the trail, which was called Tavistock Point. 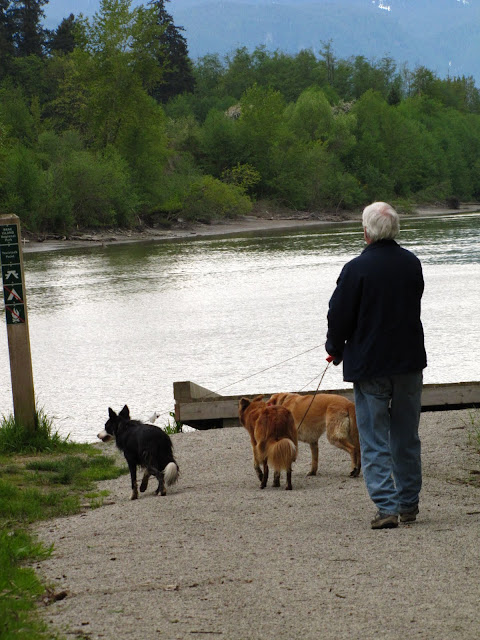 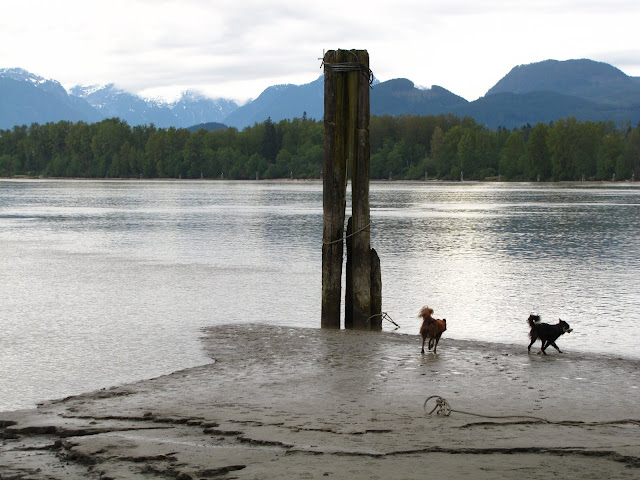 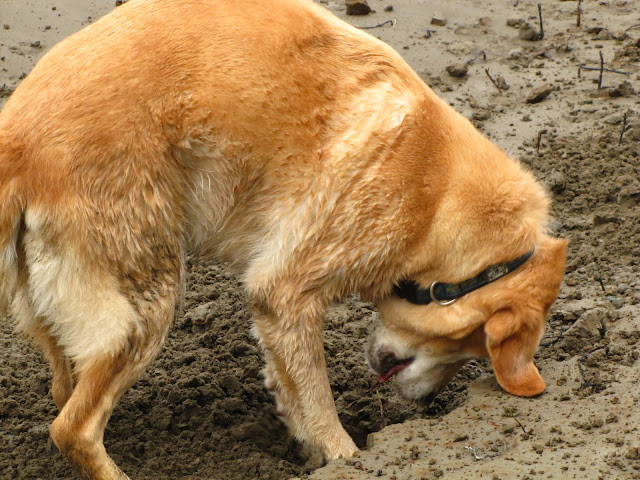 We amused ourselves watching Jake and Luna try to get a stick.  There seemed to be a drop off  just in front of where Jake was standing, and neither dog seemed to have the nerve to step off the edge and swim the last couple of feet to get the stick.  They both took turns trying. 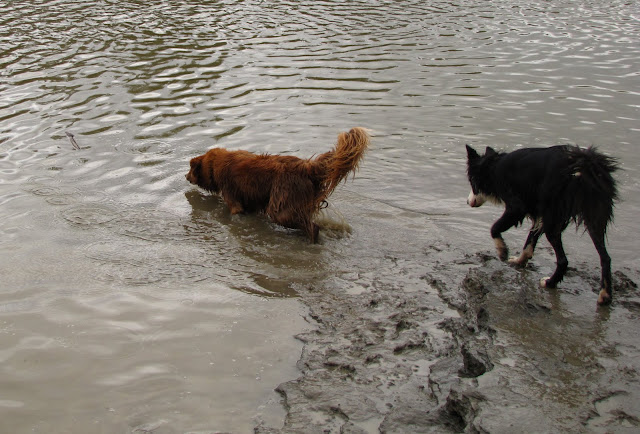 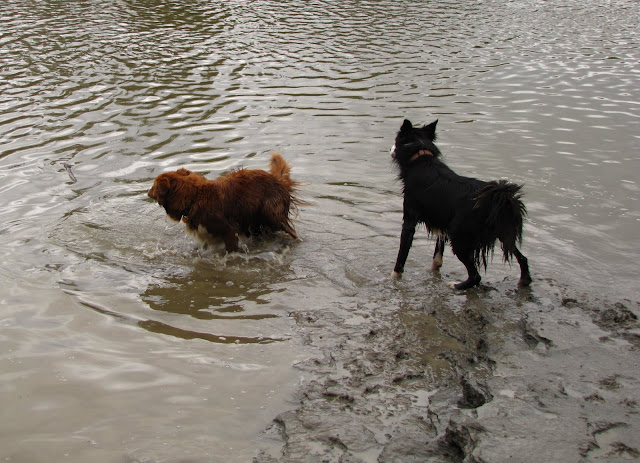 Luna stretched out as far as she could, and with the help of the wind she finally got it 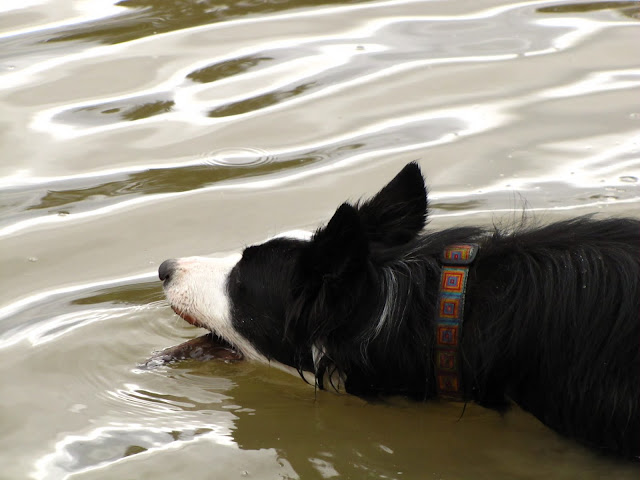 But then Luna likes living on the edge 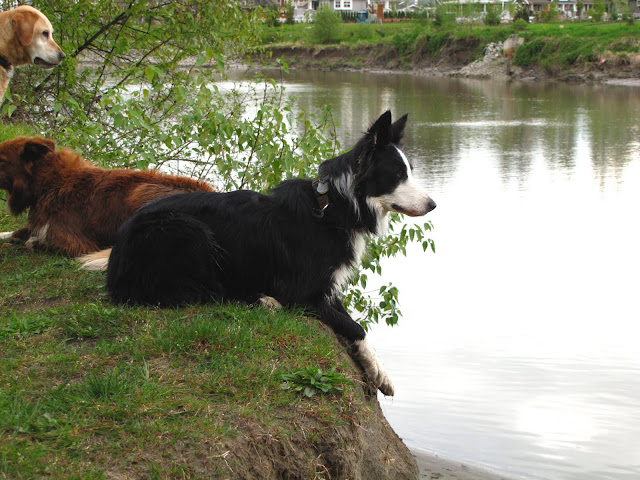 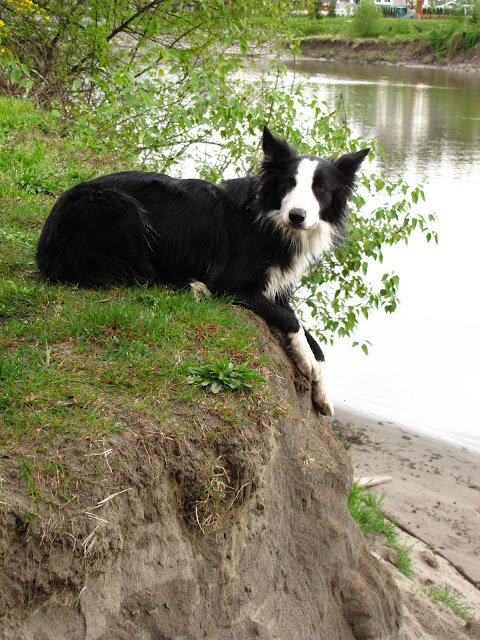