I have another blog post I've been struggling to finish.  One of these days I hope it will be done, but really now it just seems like old news.

Anyway, after monsoon rains we morphed into winter.  It's been a cold week, wind chills of -20 at times.  We are situated such that we are wide open to the east, so when those arctic outflow winds come roaring across the Fraser Valley, we get hit pretty hard.  It was such a relief yesterday when they had ended.  We had some fresh snow yesterday, a bit of sunshine, more snow overnight, and then woke up to this, as seen from the bedroom window.  Blue sky!! 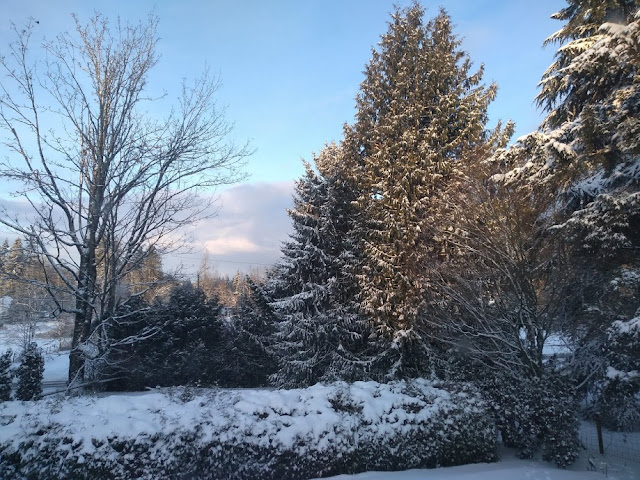 The sun coming up in the southeast.  One of the hummingbird feeders.  I like to leave it out overnight if possible, so that I don't have to get up early.  Although I did exactly that two mornings, as I had brought it in because I wasn't sure that it wouldn't freeze.  We have at least a couple of hummingbirds around. 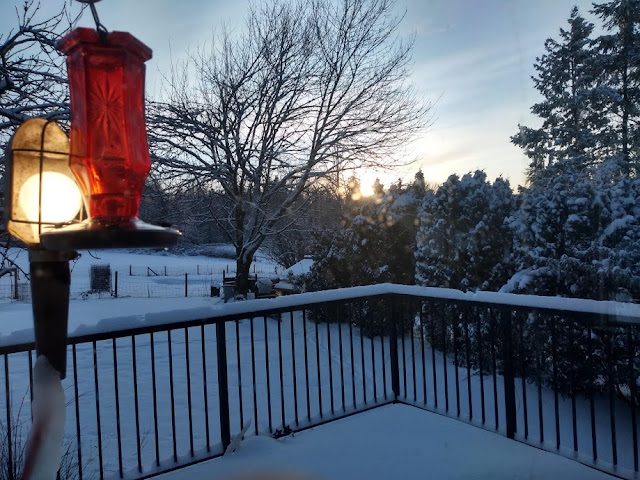 So pretty this morning.  I'm standing by the south chicken coop 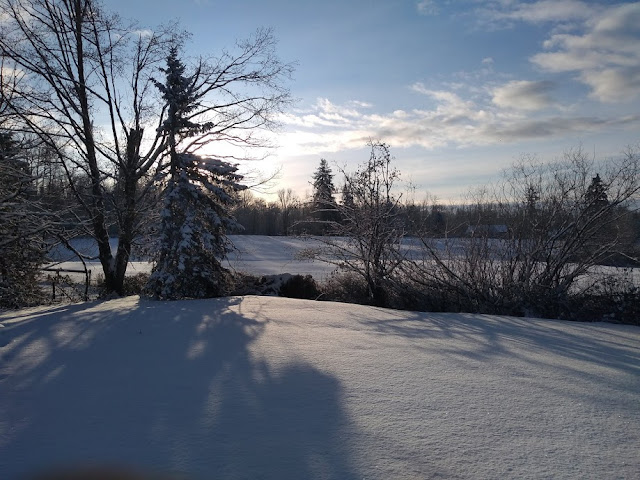 There's not a lot of protected out door space for them, although they can also go under the coop. 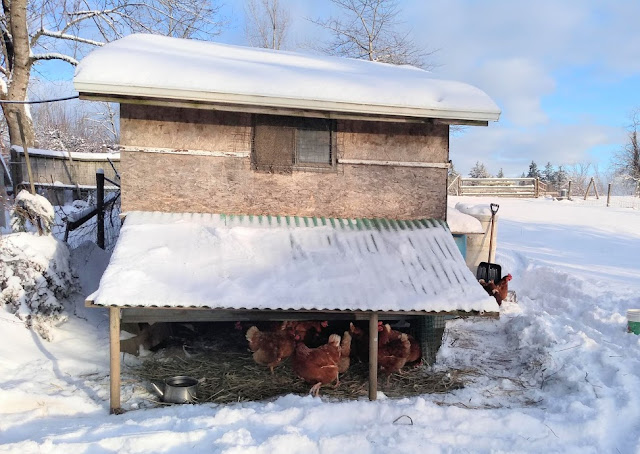 Up until today I'd had a windbreak set up along this east facing side.  All the way along from their little chicken door so they were protected as they made their way to their little leanto on the south side.  I had that all protected too so that they could stay out of the wind.  I took it all down this morning as it wasn't needed, and I wanted them to be able to feel that sunshine.  The ones by the door are pecking at a dish of cooked squash innards and skins.  A little lure to get them to come out. 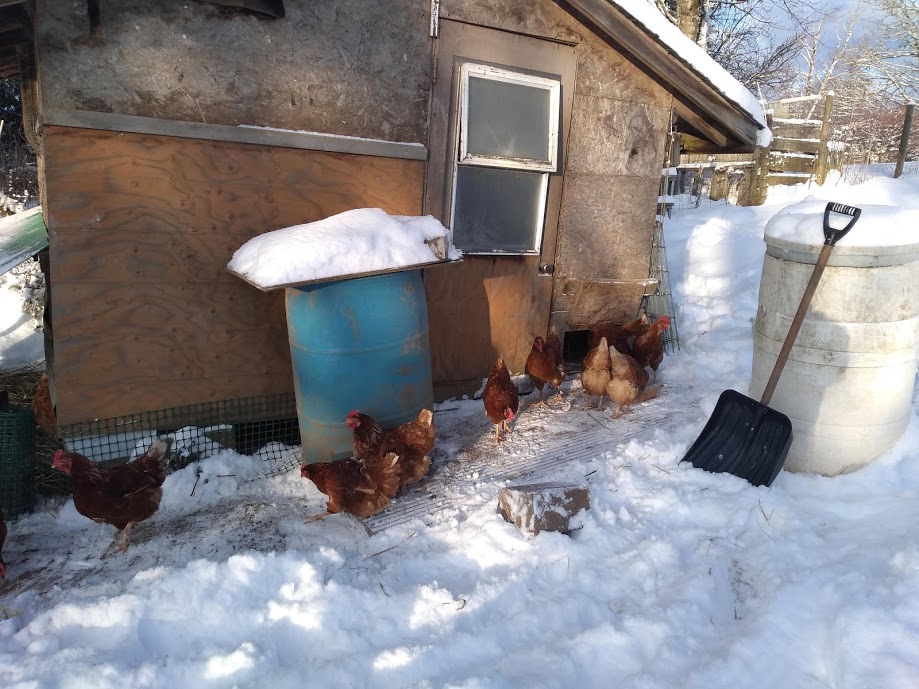 That's the rest of their field on the left, it extends to those farthest evergreens.  No hens would be tromping down there today. 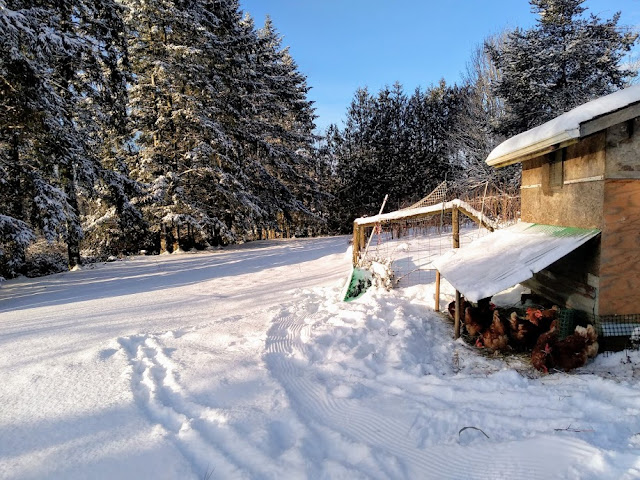 Larry was taking care of the hens at the north coop, along with Ramona the old sheep.  Back in for breakfast and then the morning dog walk around the property. 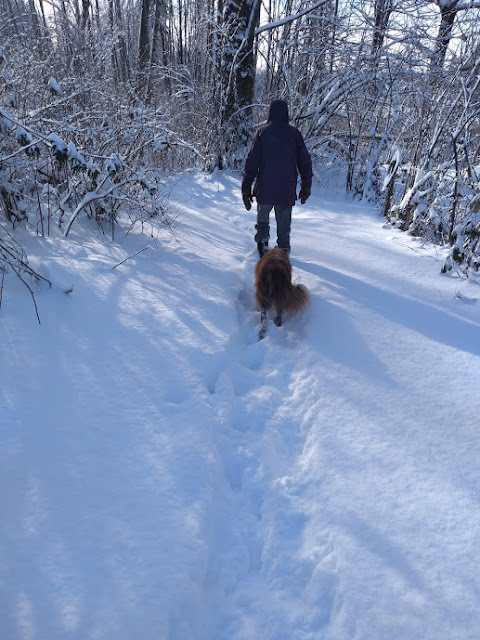 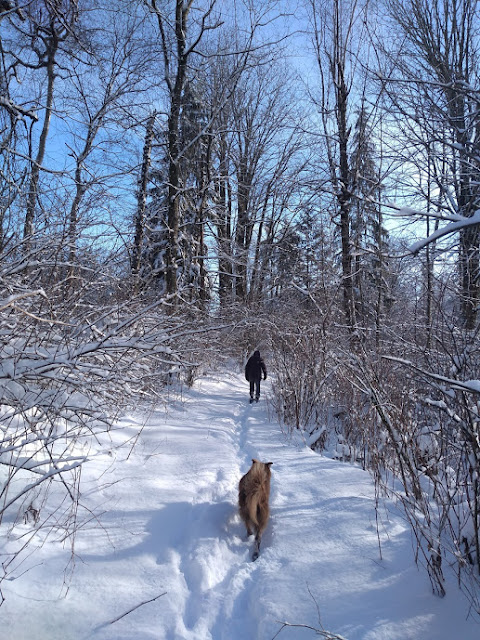 Our bush/woodlot is reaching the end of it's life.  Lots of dead and dying trees, well the alders at least, and a few of them have come down lately.  I joked that they are so soaked with water and therefore heavy, and they just can't hold themselves up any longer. 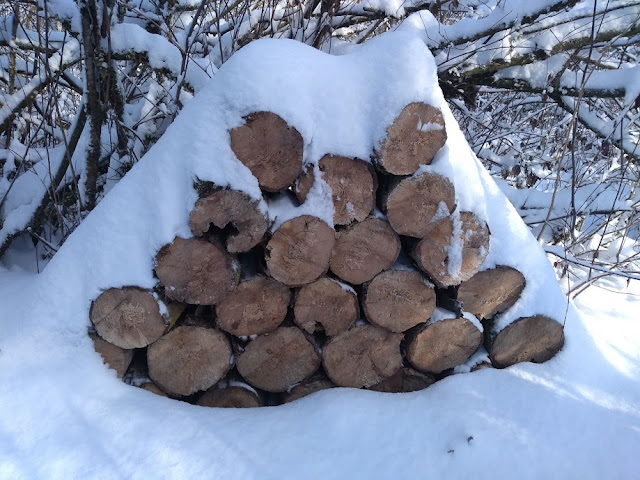 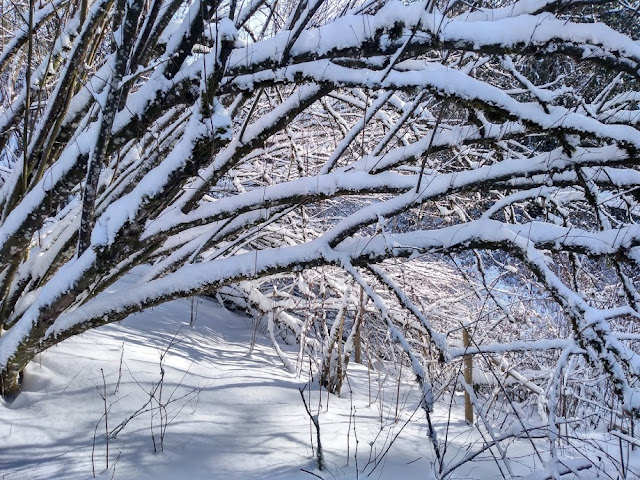 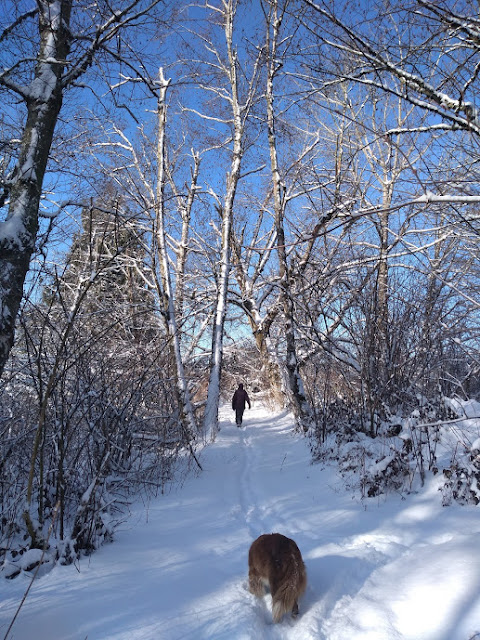 Looking across the back hayfield.  That's yesterday's and last night's new snow on that fence rail.  At least that snow came straight down instead of creating drifts and bare spots. 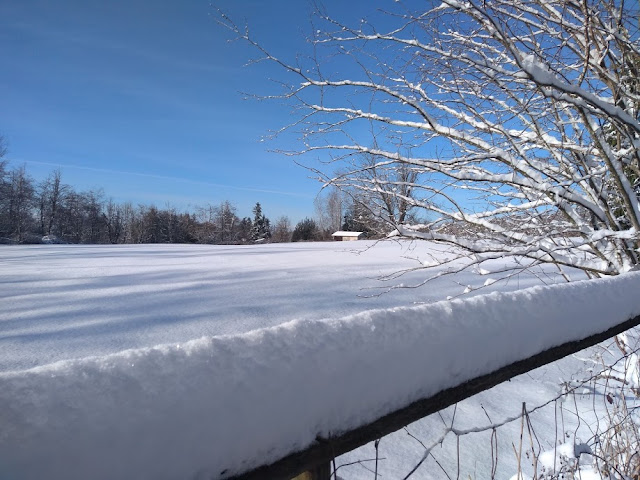 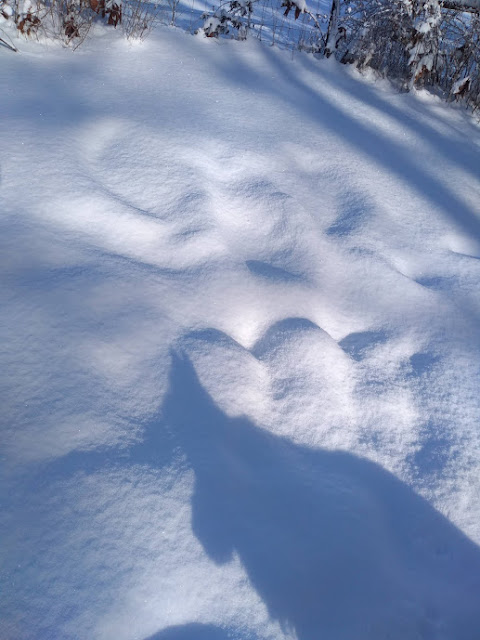 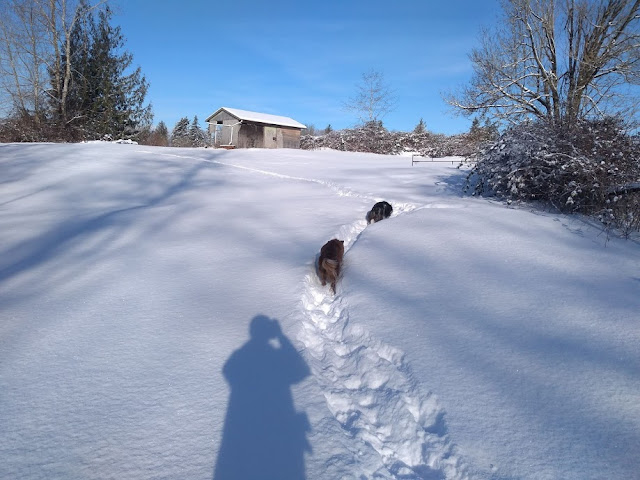 I was worried about the rhubarb that was starting to show.  I think it's pretty safe under it's two foot drift. 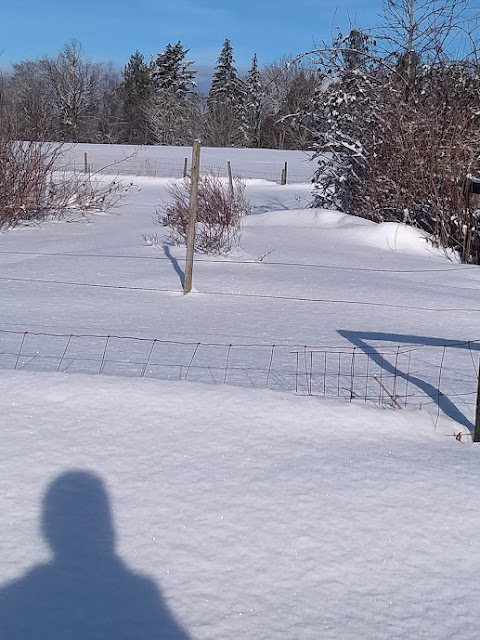 Today's snow angel.  She has a pin head, lol.  Yesterday I had tried to find a drift deep enough that I could hold myself stiff and just fall back into it.  Couldn't do it, my sense of self preservation just wouldn't let me. 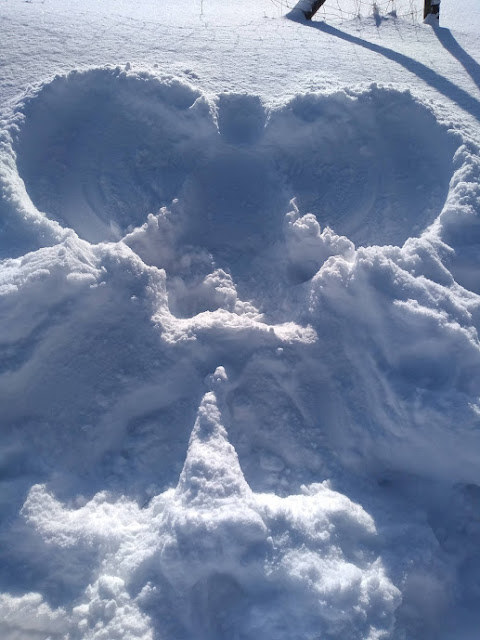 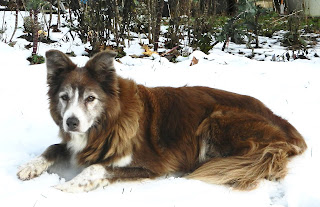