On Saturday two of us drove into Vancouver to a baby shower.  As usual the traffic was terrible leading up Port Mann bridge.  The north shore mountains were beautiful though.  Here is Golden Ears above, with the new Golden Ears bridge below.  This was taken from the Port Mann bridge, and no, I was not driving:) 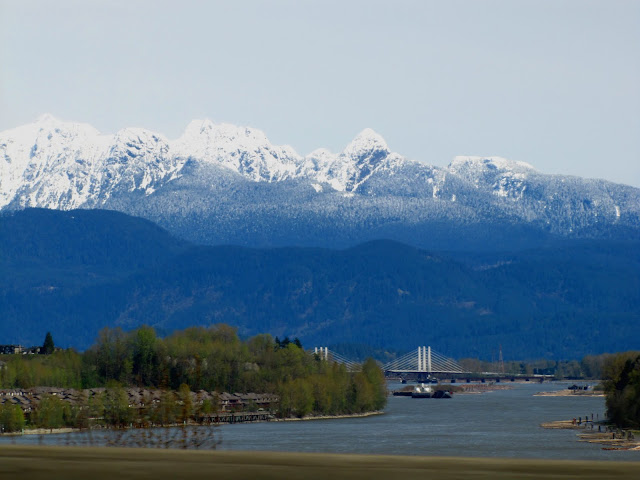 Sunday I tansplanted 36 broccoli seedlings. I planted them in some landscape cloth.  I did something similar last year, and it worked really well. One less plot to have to weed.  I surrounded it with a roll of sheep fencing that was more a psycological barrier than a physical one, but hopefully will divert the chickens past the broccoli.  They wouldn't be able to scratch them out, but they would peck at them, as I found out when I put the seedlings out to harden off one day.  In a few weeks they will be well rooted, bigger, and better able to withstand some pecking at their leaves, and the fence will come down. 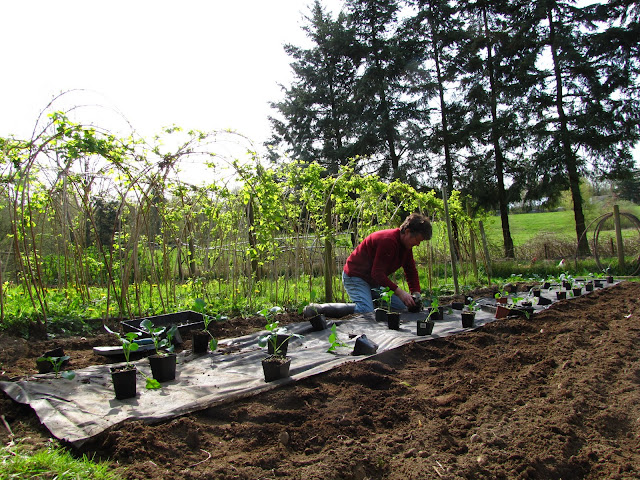 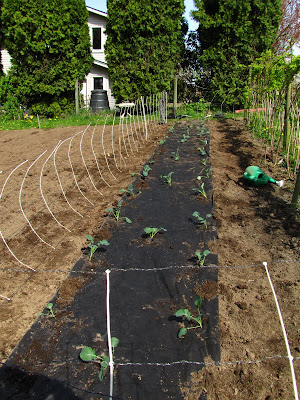 The rooster and a hen went about their business on the other side of the fence. 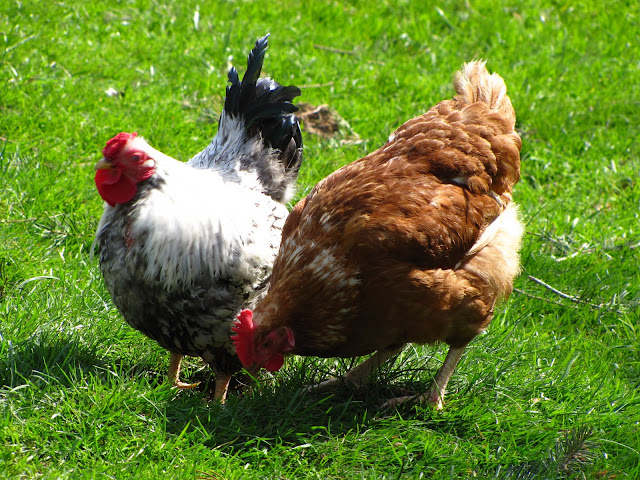 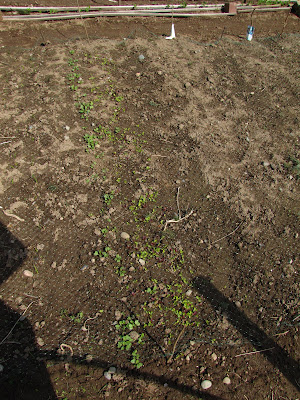 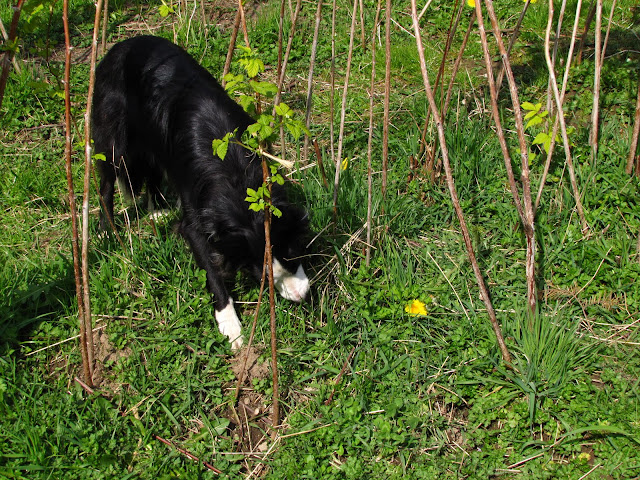 The peas don't look a whole lot more enthusiastic
Hopefully the warmer weather we are suddenly experiencing will give them a boost.  I had to rerake the potato hills, as wandering, scratching chickens and the rain had pretty well flattened them.  The advantage was that I stirred up the weeds that were starting to sprout.  It's a little discouraging though.  Despite my early planting of the potatoes, there's not a sign of them coming up.  It just turned too cool after the tempting early start to spring.  The kale on the right survived the winter and is now sending out tasty flower buds that I love snap off and eat right there and then. 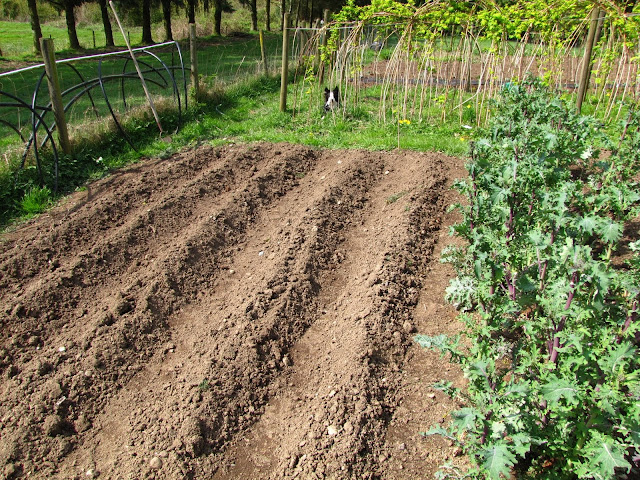 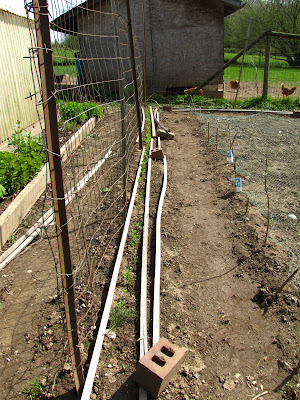 Sunday afternoon we went to the Bradner Flower show.  Entertainment, hundreds of varieties of daffodils on display, along with plants and shrubs for sale. 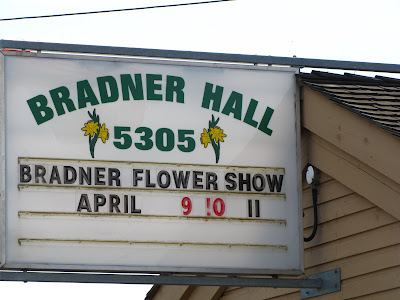 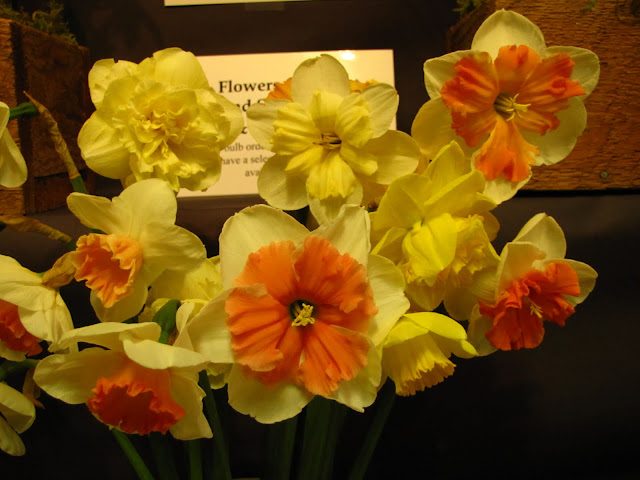