A drizzly day today.  Jake spent a lot of time out in the rain, sitting in the hayfield, on alert, and barking at nothing I could see.  By the time I got the camera to take a picture, he was coming back.  He went over to one of the trees by the garden gate, and I went out and asked him if he wanted to come in.  This is what he did. 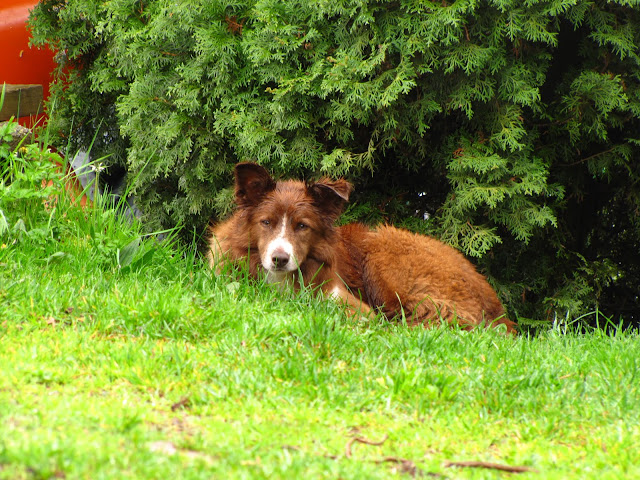 He  is a funny guy.  After we do our walk in the morning, even if the weather is bad he quite often does not want to come in.  Calli can't get in fast enough, and get on one of the dog beds in the basement.  Usually Luna comes in if given the choice, but when I ask Jake, he just lies down and looks at me.  I have looked out from the kitchen window and will see him sitting or curled up on the driveway in sun, light rain, and even light snow, quite happy to be out there and keep an eye or ear on what is going on. 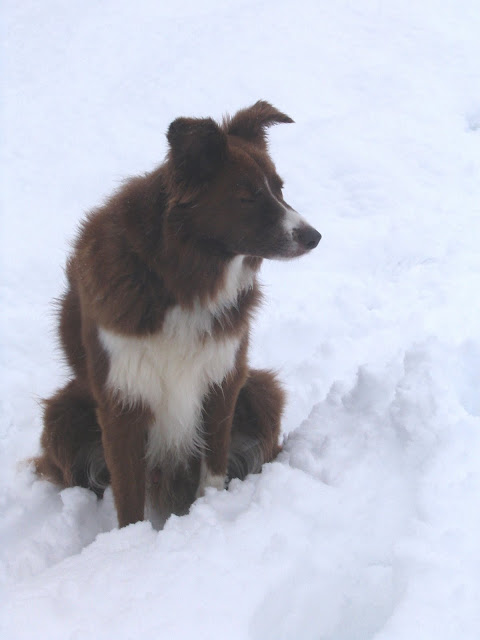 He was found in 2005 huddling under a bush up a mountain by some dirt bikers.  No one seemed to be looking for him, and no owner was ever found.  He went to live with the friend of the sister of the person that found him, but she realized after a month that he needed to be somewhere else, as it wasn't working out too well with her family and other dog.  An ad was sent out to members of our dog club, we rushed off to see him, and he was ours.  Well almost, first he had to pass one test.  The woman brought him over to our place and I took him in the field with the chickens, on leash of course.  He pulled towards the chickens, I said 'neh' in the back of my throat, and he came back to my side.  I tried it a few more times, and then took him off leash, and same result.  He passed with honours!! and was ours.  As I started writing this post I realized that it was 5 years ago yesterday that we first met him, and 5 years ago tomorrow that he came home to stay.  I took these pictures when we went to see him. 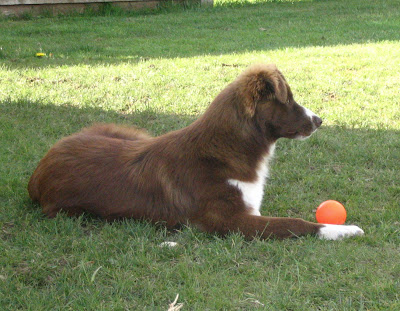 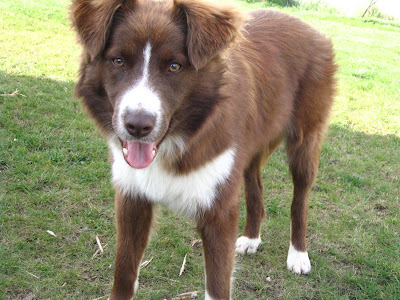 And these two days later when he came home.  Calli was not really impressed with him to start, but before long was enjoying his company and started to play with him. 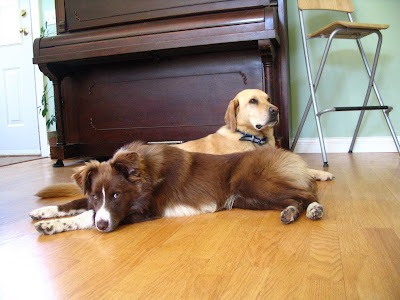 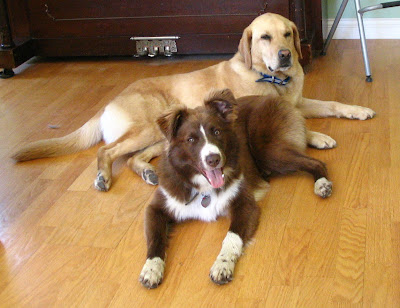 We had guesstimates of 6 months and 10 months as his age, so called him 8 months.
Jake really is an amazing dog, and we are so lucky to have him in our lives. 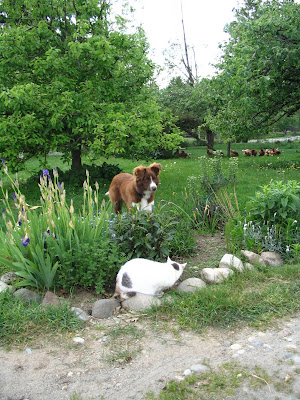 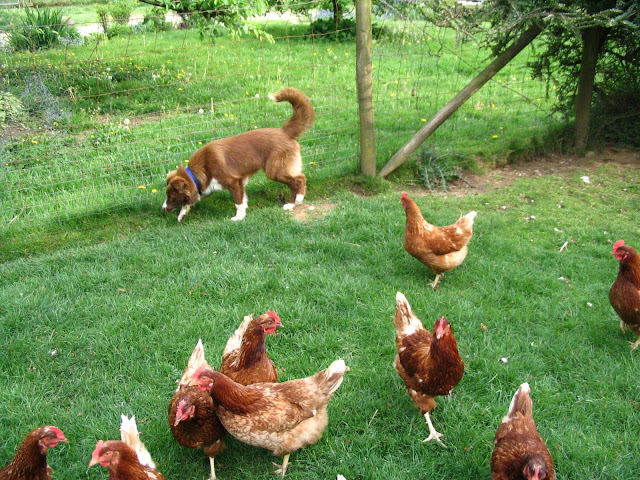 And as for me on this drizzly day, I didn't sit out in the rain.  I figured it was a good opportunity to get some jam done.  Well first off was making mango chutney.  I always seem to put that one off as long as I can.  I think it is having to peel and cut up all those mangos, apples and onions that makes me procrastinate so much.  I did have a few people that were a little... upset... that I didn't have any mango chutney at the last market I was at.  So, I bit the bullet and got a batch done.
After that I did a batch of Campbell Valley crabapple jelly.  It is always so pretty looking in the jar. 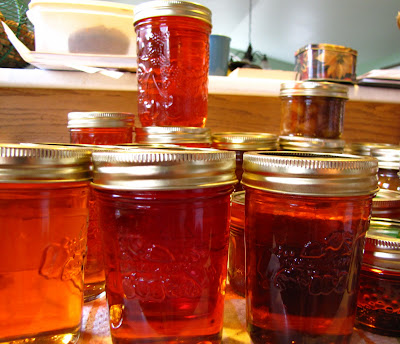 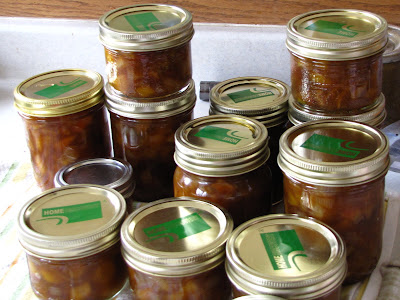 I'm at one farmers' market a weekend from this Saturday until the last weekend in May, and then we will be back into two a weekend.  No more jam making procrastination for me:(
Posted by Karen at 9:57 PM