Jake is a border collie, and can be very intense.
He does not care about sheep.
What he lives to do is retrieve.  Not birds, but anything that would fit in his mouth along with a gullible human to throw it for him again, and again, and again... 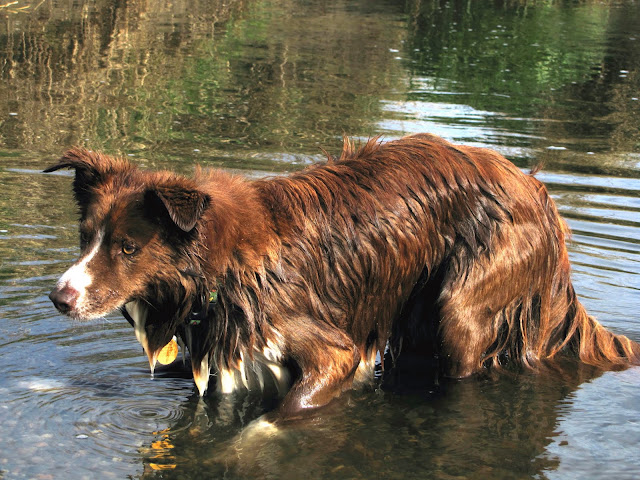 Luna likes to retrieve, but it is not at the top of her list.  She would prefer some sheep.
But the sheep are at home, so she'll have to make do with fetching.  Her's is not a frantic swim to fetch the toy so that is can be thrown again.  She doesn't leave much of a wake as she swims out. 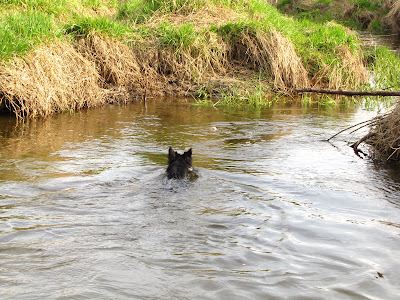 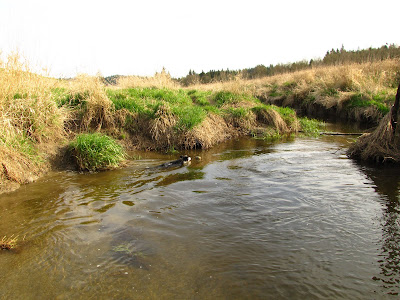 She does like to coodinate her outfit and her toys though 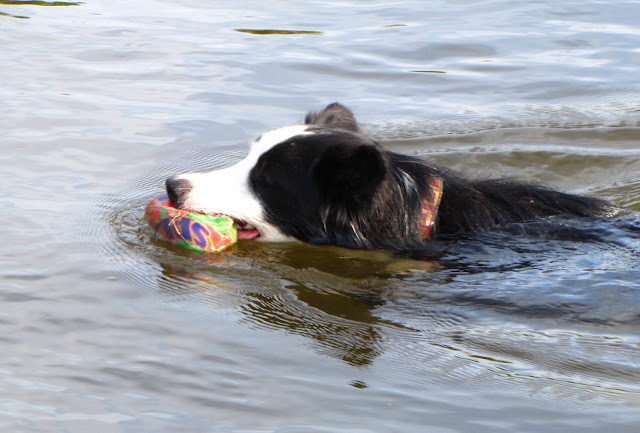 Jake doesn't take his eyes off the toy 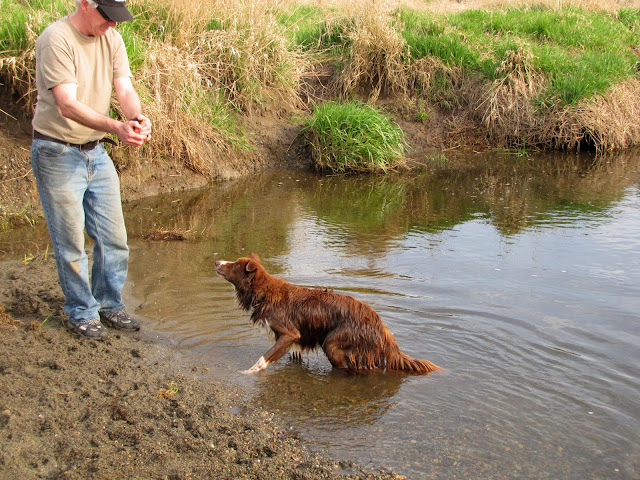 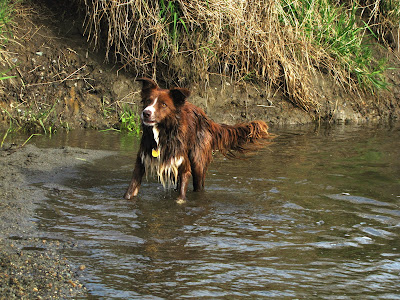 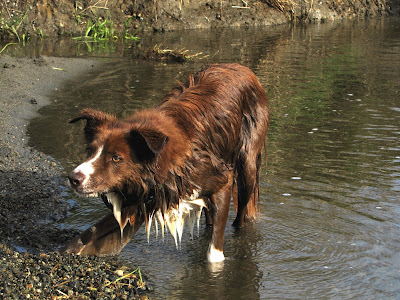 And then he leaps 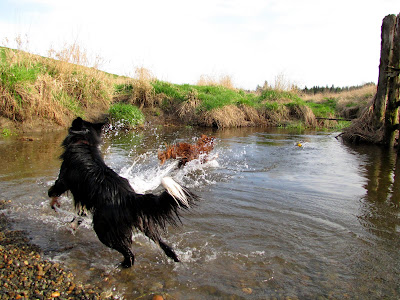 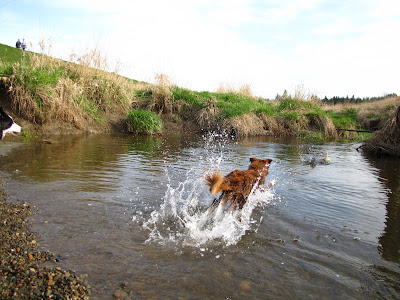 And then he powers out to get it, leaving the water churning in his wake 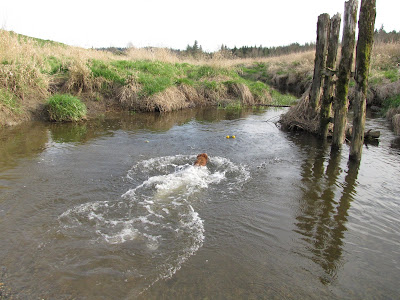 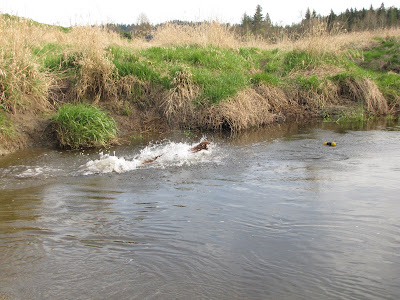 And then he just looks weird! 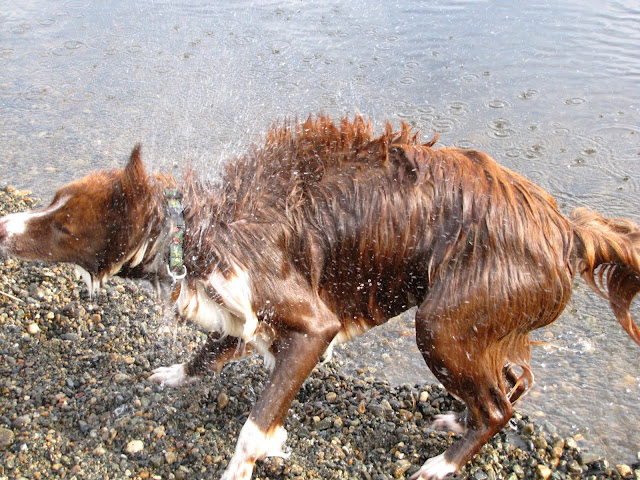