Where Dog Toys Go To Die

Yesterday we cleaned out one of the chicken coops. We took the tractor right over to the door and shovelled the bedding straight into the tractor bucket.  Two of us worked on it and it took less than half an hour.
Larry drove to the manure pile to dump the load, and to tidy the pile up with the tractor, while I went to get some hay.  We have a few bales of hay that got wet on one end that we keep handy for replacing the bedding in the coops.  Wood shavings are easier to deal with, as in shovel out of the coop, but since we usually have to buy those, and we already have the hay, it makes sense to use it.  I didn't have a knife on me, so was pulling the front string off, thinking of something else, when I caught something out of the corner of my eye.  I'm sure I jumped a bit and made some sort of noise, although I won't admit to screaming. 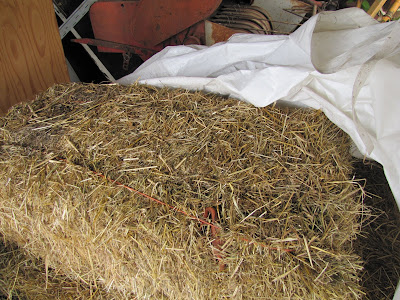 Does it look like a snake to you?  Well it obviously did to me, although we don't have orange snakes, and it really isn't snake season, and really it was too rubbery for a snake, but you know how it is when you see things out of the corner of your eye. 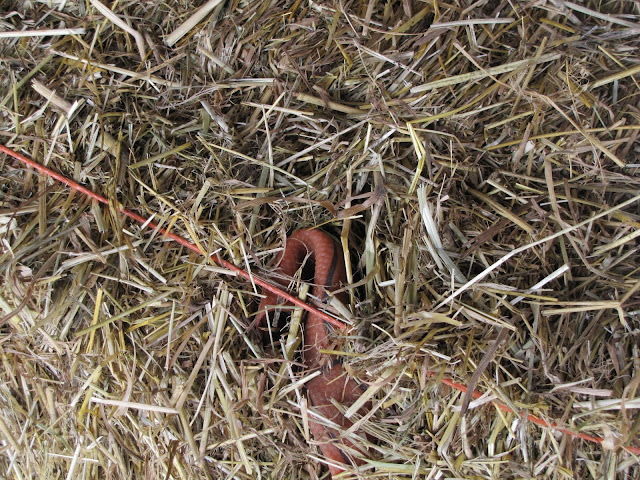 Took me a minute or two to figure out what it was, but if finally came to me, and I got brave enough to touch it and pull it out. 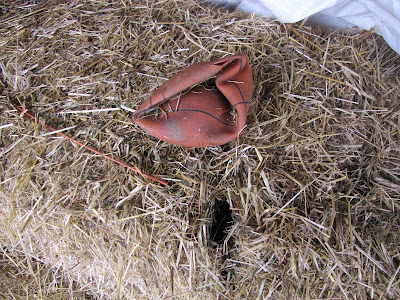 I gave it CPR, but it was long gone.
The wounds were fatal.
Poor thing. 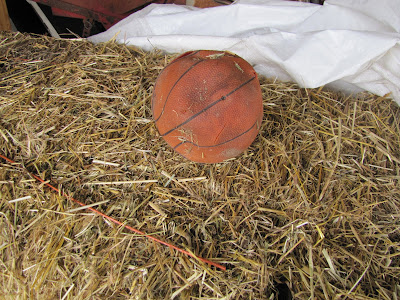