So about the time I was heating up my leftover piece of french toast for lunch, Meredith was in Paris, France that is.
After finishing off her champagne and escargot, which would be a first for snail dining for her, and which she described as being like a garlic flavoured chewy mushroom, they visited the Eiffel Tower. 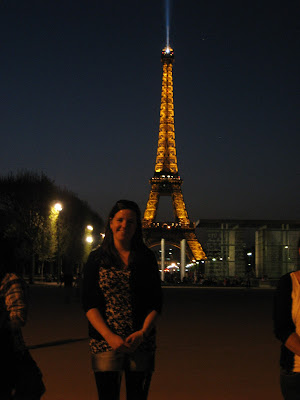 Meanwhile, back on the farm.....
The new hens have got their act together, and are now getting with the program.  Eighteen eggs from them today!     Yesterday three hens were all jammed in the same laying box. 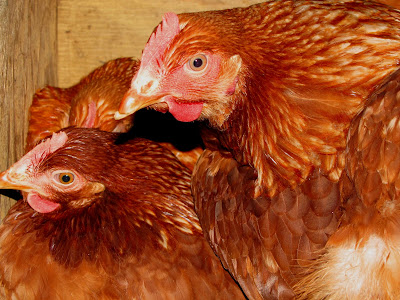 Also yesterday,  I stopped by the vet's on my way back from the corner store, where I had mailed a couple of letters.  One was an agility trial entry, and one was for the agility regionals.  Can't believe it, but that trial entry, which was being sent to an address in Abbotsford, got there this morning, and I received the trial confirmation less then 24 hours of the entry being dropped in the mailbox. Wow!
Anyway, back to the vet visit.  It's real handy having the vet live just around the corner, well 1 1/2 miles away.  So I got some wormer for Pride, and some for the sheep.
I told Larry I would worm Pride, so Luna and I went out there after lunch.  Larry, after a couple of visits to the chiropractor this week,  is spending quite a bit of time alternating between cold and hot packs on his back. 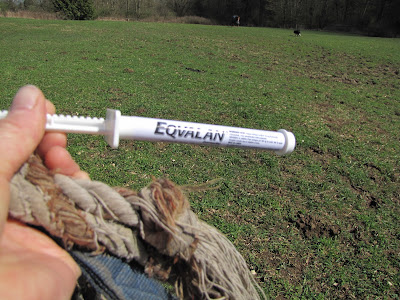 The horse wormer is just a paste stuff in a tube that you stick in the horse's mouth and push the plunger.  Since it required two hands to do that, and Luna hasn't quite mastered the art of photography yet, you'll just have to imagine it.  Pride wasn't totally cooperative, but it got done. 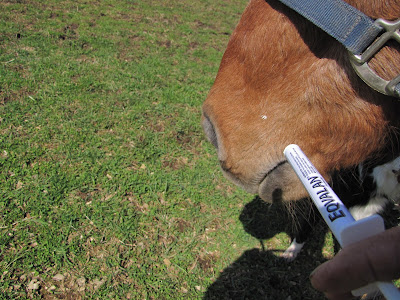 Since it was such a nice day, I took his blanket off.  A couple of weeks ago he had it off most of the time, but then we got back into some cold wet weather, so we put it back on.  Considering he's had it on for four months, and has been outside, wandering around the field grazing, I think he's done really well.  There is only one small rub spot on his left shoulder.  The blanket hasn't been torn at all.  I'm pretty happy with how it's turned out. 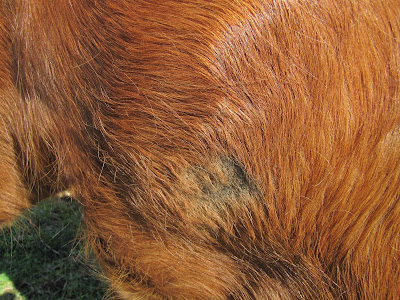 He's lost a bit of weight over the winter, but doesn't look bad for a 29 year old, and he'll put that weight back on now that the grass is growing again. 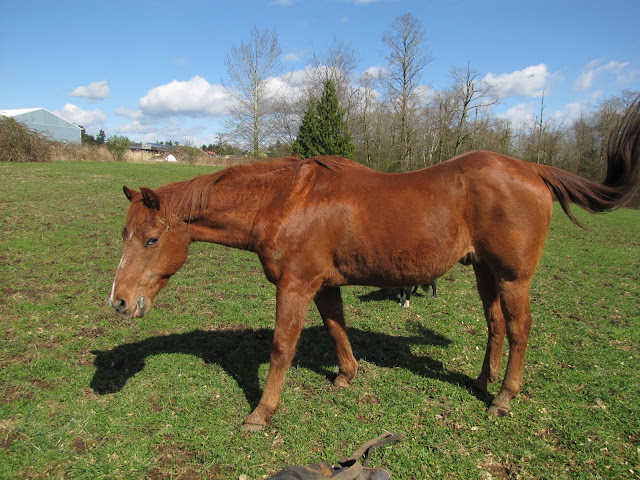 I was trying to get a picture with Luna on this side of Pride, but it suddenly came to me that she mostly balances Pride between herself and whoever is out there with her. Duh!
Funny though, she doesn't really do that so much with the sheep. 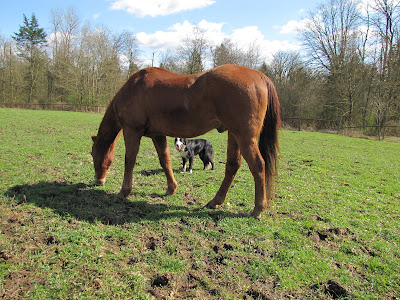 And hooray!
The parts for the rototiller finally came in.  It took David a couple of days to get at it, but yesterday he got it running.  It took him about an hour and a half.  We were told it would cost about $175 in labour at the repair place.  Sounds like it would have a been a royal rip-off to me!
So since yesterday afternoon, I've done an awful lot of rototilling.  The pull cord broke this afternoon, but that was simple enough for me to fix. 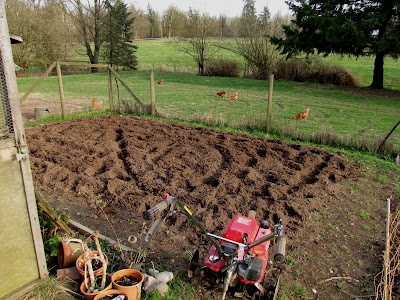 Since it had dried up enough, Larry brought loads down from the manure pile with the tractor, and drove through the chicken field so that he could dump them over the fence.  Not hard on his back, and less work for me.  We, or probably me will still have to bring some down by wheelbarrow, but a lot less now. 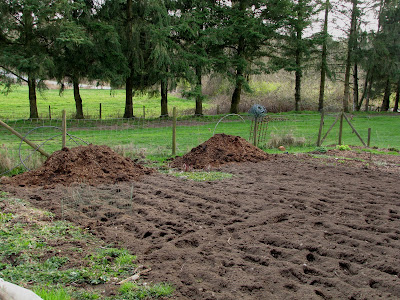 And the broad beans are finally coming up. This was taken three days ago, and then this morning I noticed that something has been eating them or pulling them out. 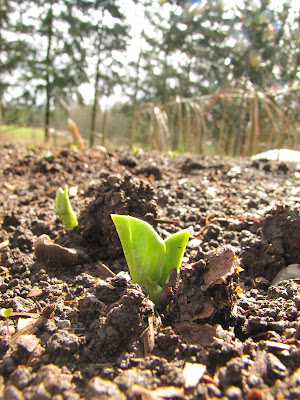 So I put some gauzy fabric strips over the rows 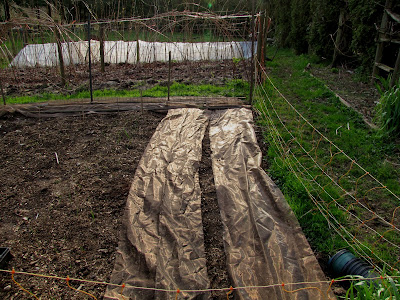 Had to do the same thing with the peas a couple of days ago.  They were coming up well but the birds were pulling them out. 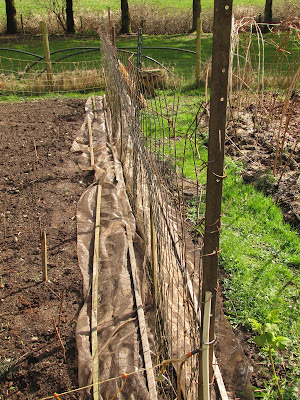 The arugula is coming up too. 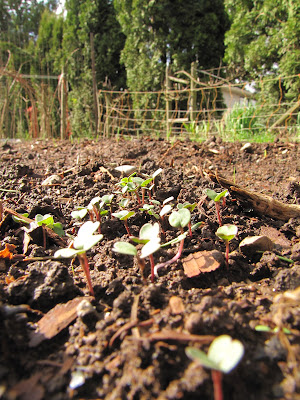 I'm also seeing the radishes and spinach up, and a few shoot from the potatoes are showing as well.
Spring is slow, but we'll get there eventually!
Join the blog hop over at Verde Farm