It was Meredith's big day today.  Off to Europe!
I took her to the Vancouver airport, with is about a 65 minute drive from here.  The traffic was fairly heavy, and I missed my usual exit from the freeway because we were talking, and well, it seems I can't multi-task like I used to.  No matter though, a couple of extra miles added on, but we were going faster, so it all balanced out.
With all the new security rules etc, they tell you to be at the airport three hours before an international flight.  It used to be two hours, and that seemed bad enough.  We split the difference and aimed for 2 1/2 hours, although it was a bit less than that by the time we got into the terminal.  Heck, we could have left it to one hour before the flight.  The place seemed deserted.  A couple of people in front of her at the check-in, and no line up at all at security.  Before she went through security, we wandered around a little bit, to kill some time.  She was all wound up though, and really wanted to just get through security and than relax with her book and laptop.  This is her first time flying off the continent.
There are some pretty good samples of First Nations art in the terminal, so we did the tourist thing and I took pictures.
Not quite sure what she was trying to do here...spit at me maybe? 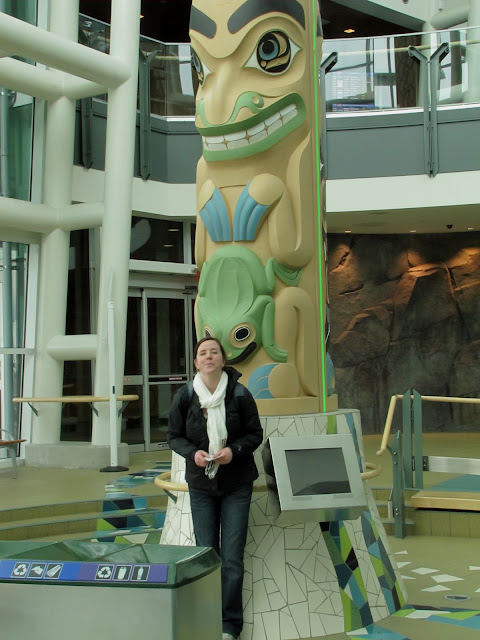 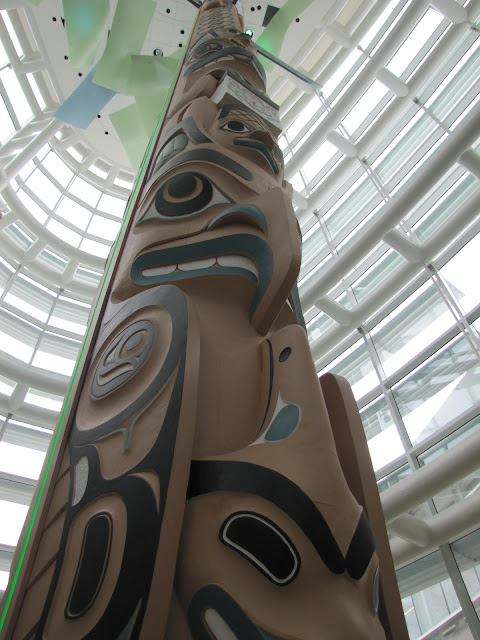 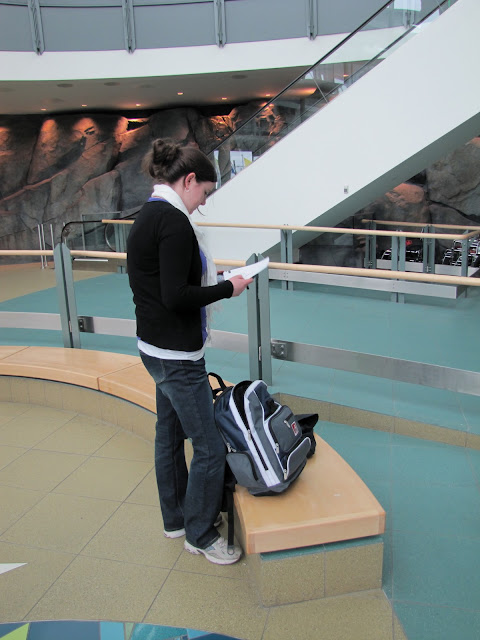 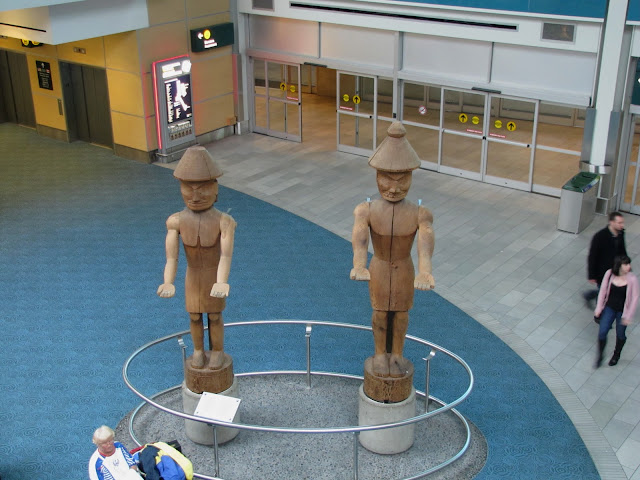 The Jade Canoe
You can read all about it here 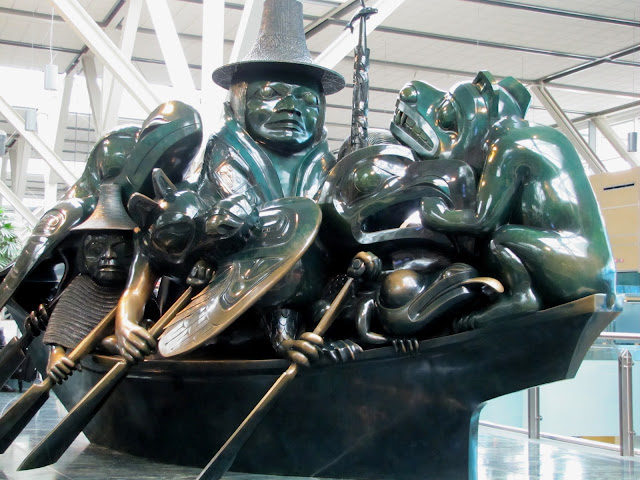 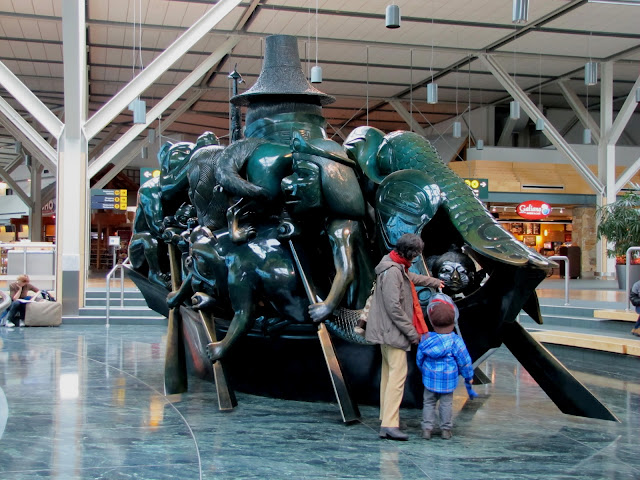 And then we had some fun 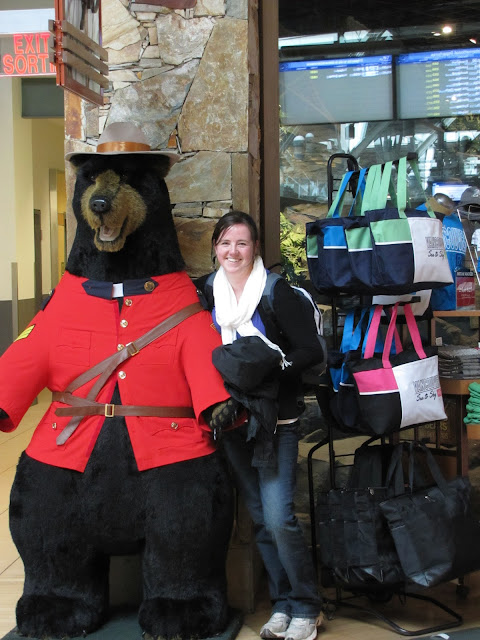 And then she went through security, and I headed back to the parking lot.
These were outside. 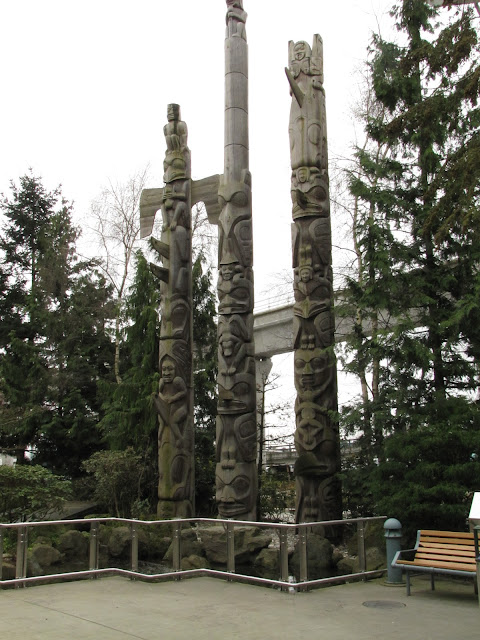 Outside there was also a living wall.  I think it must have been fairly new, as the plants were still small and not really well established, but it will be quite something when they've had a chance to grow.  There seemed to be water dripping down it all the time. 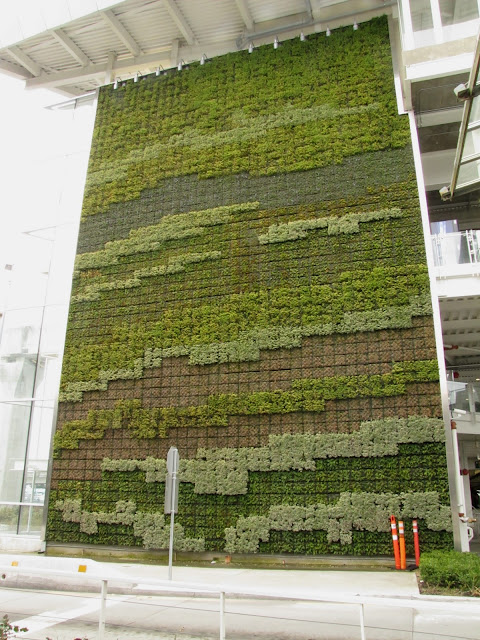 Here's a close up of one of the less established squares, with are about one foot square, so you get an idea of the size of the whole thing. 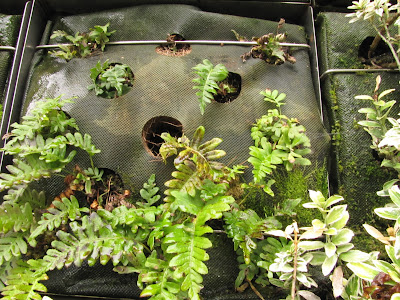