The Best Part of Their Tuesday

They being Calli, Jake and Luna of course.  Our default walk if it's a nice day and we want to go somewhere off-leash is to drive down to the dyke.  After all it's only 6 or 7 minutes away, and that's enough when you have dogs whining in your ears.
When we got down there the first thing Calli did was to stand right on the edge of the bank above the creek and chew on some nice fresh grass.  The dogs seem to prefer that wide bladed stuff that ends up growing about five feet tall.  She managed to not fall in or cause any of the bank, which is undercut in some places, to collapse.  I've never seen a dog enjoy munching on grass the way Calli does.  We used to joke that she was part moose.  She would stand in the shallows of the creek and chew on the grass growing along the edge. 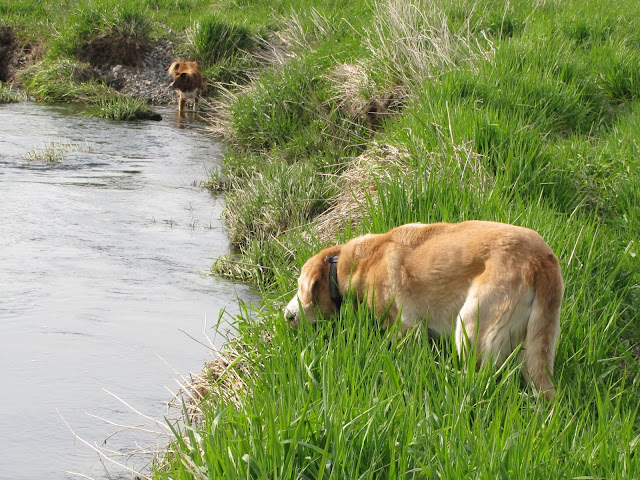 Jake, while enjoys the occasional chew, is more concerned about getting to what he thinks might be a suitable spot for his favourite thing 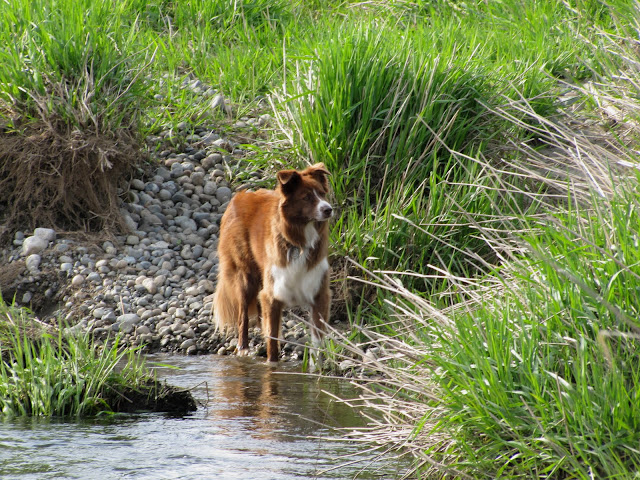 Which of course was playing fetch.
I was actually 'on the ball' and had remembered to take some balls with us this time, but then was reminded that I'd rather have something thinner so they don't have their mouths open so far.  I figure that makes for less chance of sucking some water into the lungs as they're swimming.  In a pinch a stick works just fine in the water, but we can't always find one.  Or if we do find one, it is so water laden that it just sinks.
I don't really like throwing a stick on land...too much chance of the stick taking a bounce and jamming itself down the dogs throat or into an eye.
I've heard all the horror stories:(
But, sometimes we do end up throwing a stick.  My solution to that is to fool the dog into thinking the stick is going one way, and then throwing it the other.  That way by the time the dog gets to the stick, it has already landed and has stopped moving.  I know, still room for injury, but the chances are less.
Larry threw a ball for Calli over to the sand on the other side (just by Larry's head) 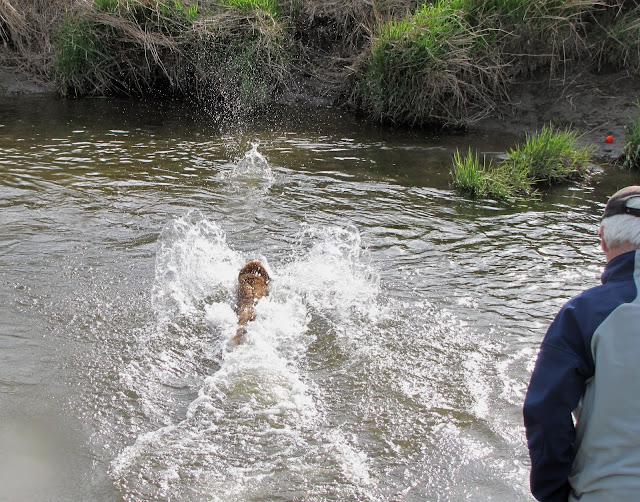 Calli couldn't be bothered about the ball though.  When she goes to the 'beach', it's all about a rock and some sand and digging holes.  We eventually had to get Jake to go and bring her ball back. 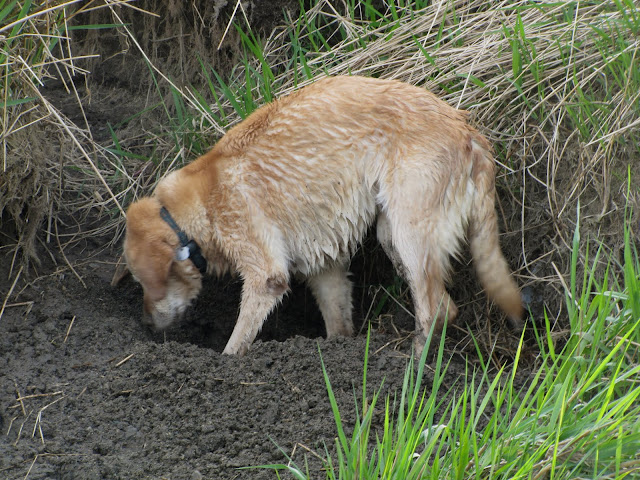 Luna is enthusiastic about the swimming to a point, but the water is cold and she isn't as obsessed about the retrieving as Jake.  Eventually she starts hesitating on going to fetch the ball, which usually happens when we've made a particularly long throw.  So then that involves a lot of throwing rocks at the ball to get her to look at it and eventually take the plunge.
Jake doesn't have the sense to stop, he'd probably retrieve until he dropped from exhaustion. 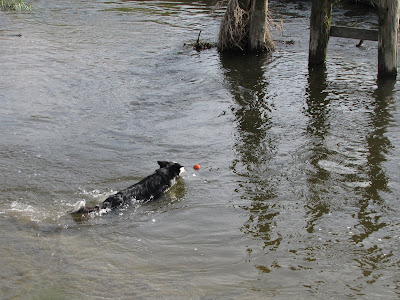 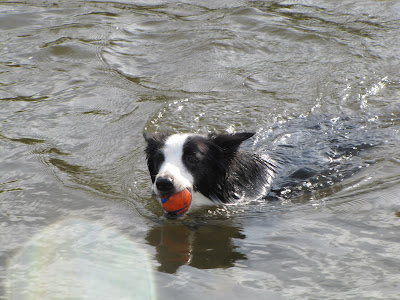 And we ran into Donna and Breeze again.  This isn't a good picture of Breeze, as I was looking downhill at her.  She is a tall lab, not a spare ounce of fat, and in excellent physical shape. A fantastic ball retriever and potential dock dog.  A pretty darn good agility dog too:) 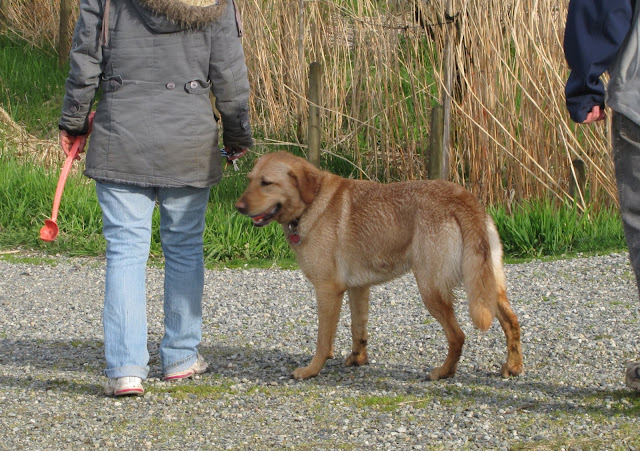 Calli carried her rock all the way back home with her, drool and all. 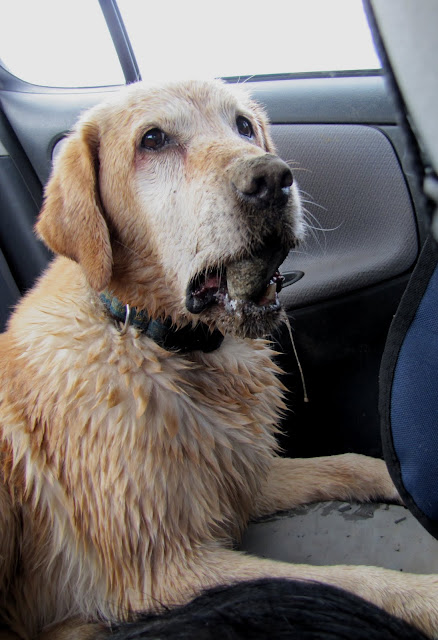