I think the weatherman played an April Fool's joke on us today.  All week it had been predicted that today would be a half decent day, with some sunshine.  It has rained all day, and is raining still now at nearly 11pm. Miserable:(
Anyway, I did want to just point out that today is April's 15th birthday.  That's a darn good age for a sheep.  She and her brother Fool were our first bottle lambs
Here's April March 15, 2005 with a set of twins.  That little cutie on the left went on to be the only sheep we've ever lost to coyotes, although she was up to about 60 lbs when that happened.
Sorry if you found that kind of depressing:(
I'm also noticing how much farther along the grass was that year.  I'd say we're at least three weeks behind this year. 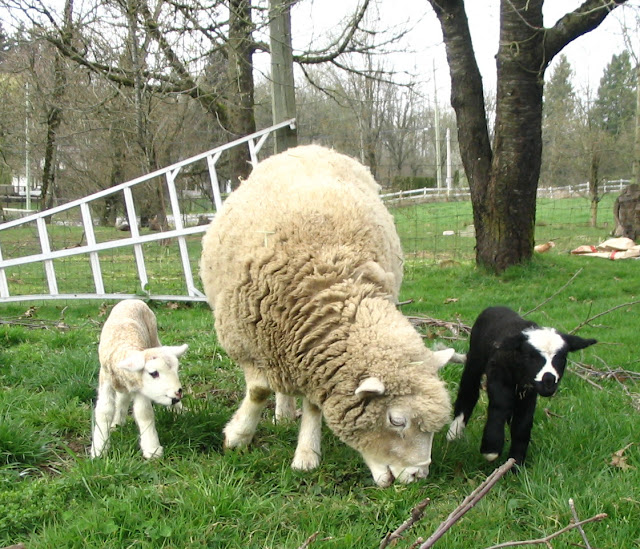 Here's me feeding April some grain tonight.  I had brought the wrong bucket so I wasn't able to put the handle over her head.  I just fed her in the barn where the other ewes were, so I had to stay and protect her from being bashed out of the bucket.
She's a doddering old lady now, and her days are definitely limited. 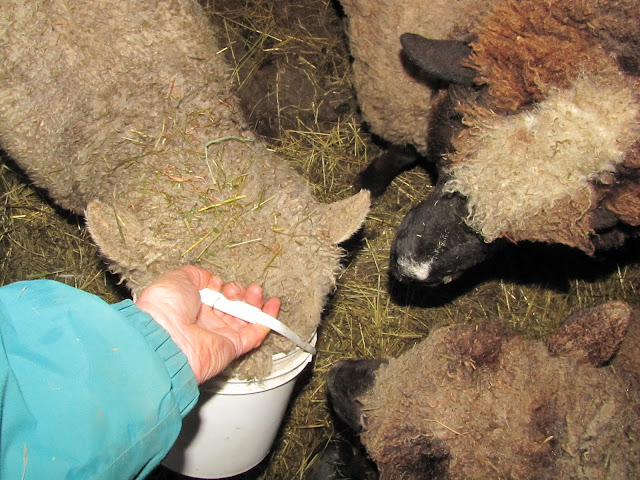 Unfortunately we didn't get any of these today, but these were taken on April 1, 2005. 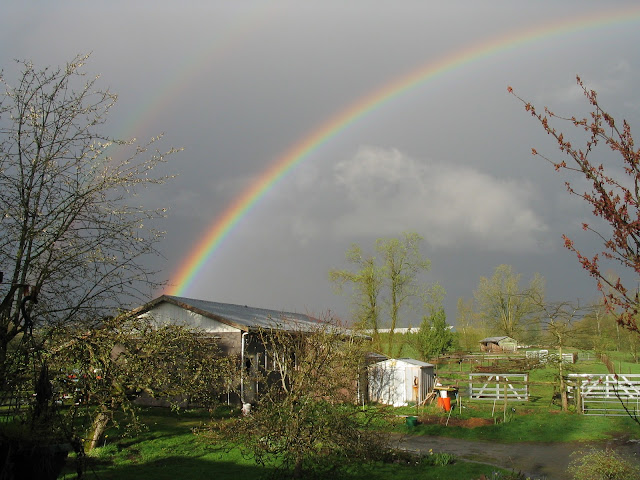 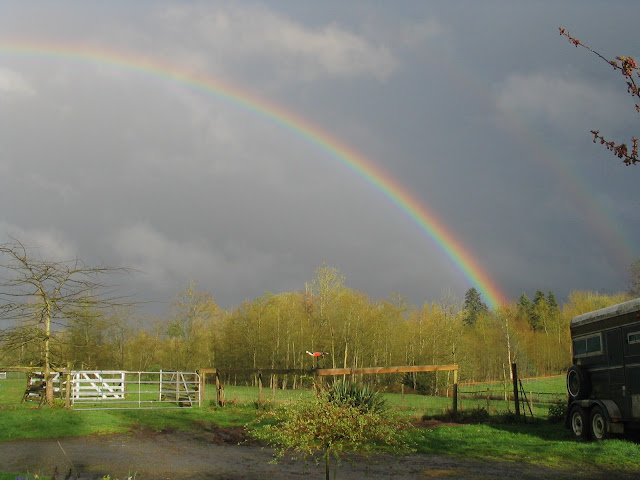 I'm off to a farmers market on Saturday morning.
Here's hoping for lots of loaded customers.
Posted by Karen at 10:57 PM