Yesterday morning I was determined to get the rest of the one plot that was totally prepared, seeded.  The two beautiful days we had had were no more, and it started to rain.  Too bad,  but I continued on and got this plot finished.  At the top are the broad beans and onions that went in quite a while ago, and then the arugula under the green netting.  Below that are three types of chard, white stemmed, red stemmed and 'rainbow'.  After that is a bed of salad greens/mesclun mix/ whatever else I could add to it to make it interesting.  I think I added some spinach and a couple of types of mustard.  That bed will be cut to repeatedly when the leaves are small and tender.
Below that is a narrow bed of spinach, and then a last row of radishes.  I put the old sheep fencing around it to keep the dogs from digging/plodding/running through it.  Hopefully it is enough of a visual to keep the odd hen and the rooster out that fly into the garden area sometimes. 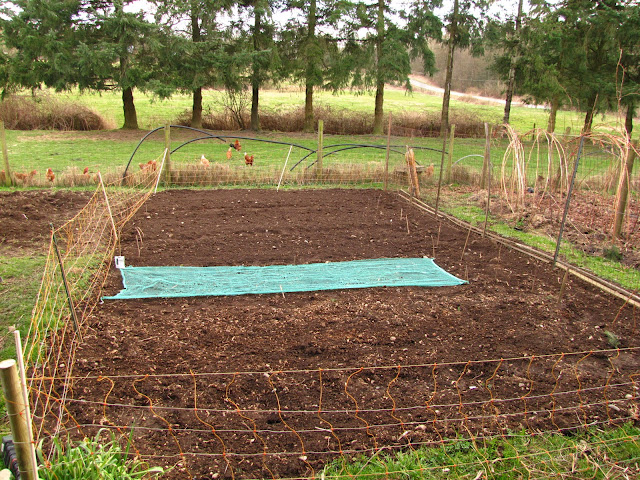 In the green house I've got my seed starting mat set up.
Yep, it's an old water bed heater.  I used to be able to pick these up for a dollar or two at the thrift store or a garage sale.  They work great.  The thermometer part is that black tube under the hammer.  As long as it stays in contact with the mat, the mat will be at the temperature that is set on the thermostat.
Can you even buy a new water bed any more? 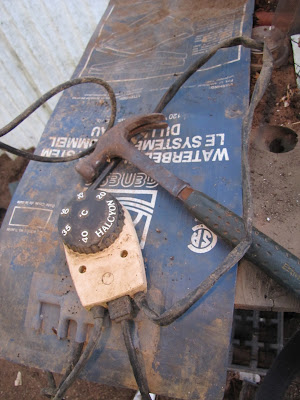 And here's my broccoli seedlings coming up. 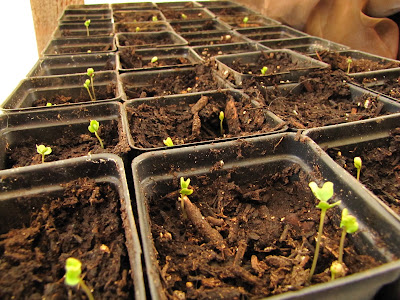 Last Saturday my favourite nursery reopened.  I was there, and $60 later....
The only seedlings I bought were these early cabbage plants.  They are a weird cone shape.  Sometimes when the nursery transplants their seedlings into their little boxes, they are generous and you get more than the standard four or six plants.  I always check and pick the ones that have the most.
These cabbage were a real bargain.  I bought two boxes for $.98 each, and each one had 13 cabbage plants.  Some were much bigger than others of course. 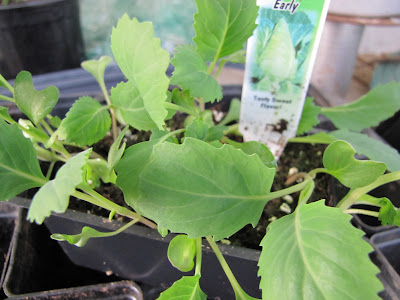 So I took them home and transplanted each cabbage into it's own little pot.
They were at the perfect stage for transplanting, as the roots were still small and weren't all intertwined together 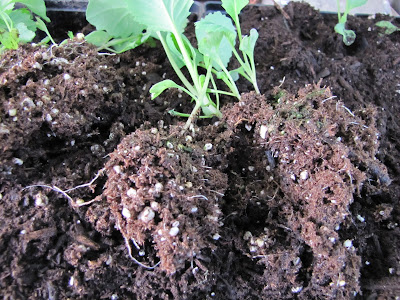 And a few days later the cabbages were all standing up strong.  I'll leave them for a couple of weeks, and keep checking the root growth in their pots.  Once the roots are to the outside edge of the pot, I'll plant them outside. 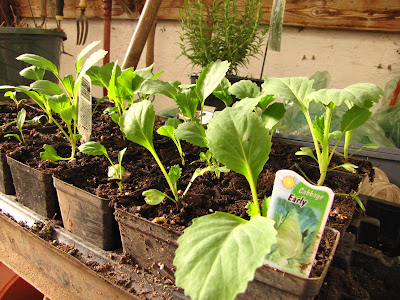 I should have waited until the afternoon to do the outside seeding, because it stopped raining and the sun came out.  The hens were doing some early evening preening, lined up along the fence and catching the last rays of the sun. 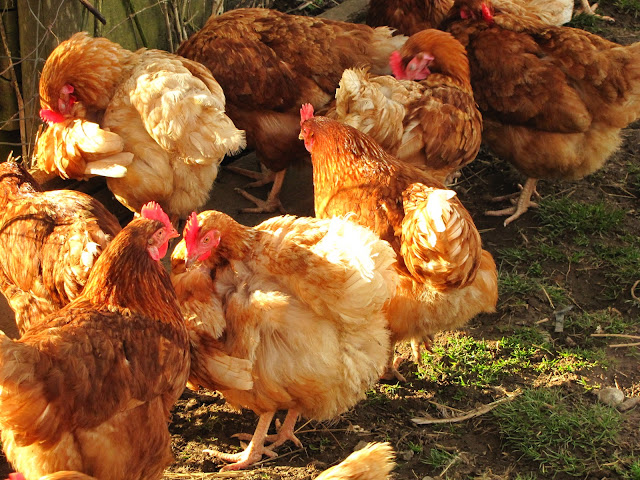