When my sister and I were young, that's what my mother used to say.
'Get yourselves outside'
She was big on fresh air and exercise, and kids inside watching TV or reading on a nice day, well that just didn't cut it.
I remember going over to friends and knocking on the door and asking if they could come out and play....
Never a problem if they came knocking at our house.  My mother couldn't get us outside fast enough.
That's what I felt like today with the new hens.  We've had them since Thursday afternoon.  I've only seen two of them come out of the coop since then.  Not that I can really blame them, since it's just about rained non-stop (or at least it feels that way) since then.
But, I don't want to complain, because, well, compared to Japan, it's really nothing.
This afternoon though, it actually stopped rain AND the sun came out.  My first thought was that maybe the pullets would decide it might be time to venture out.  I looked over that way, and couldn't see a bird.
I figure they needed a little help.
The chicken coop sits on the fence line.  That means that the man door is on the side of the coop that is not in the field, and there is only the little chicken door opening into the field.  That little door is under the dropping boards under the roosts.  I thought I could just go in there and gently herd them out of the little door.  No such luck.  I got a pole, and then I got a board, and then Larry came in to help.
You'd think there was a fox in the hen house.  They were going nuts.  Squawking and flying and flapping and totally not cooperating.
Between herding and grabbing and shoving through the door, we did eventually get them all outside.  Then I shut the door so that they couldn't get back in. 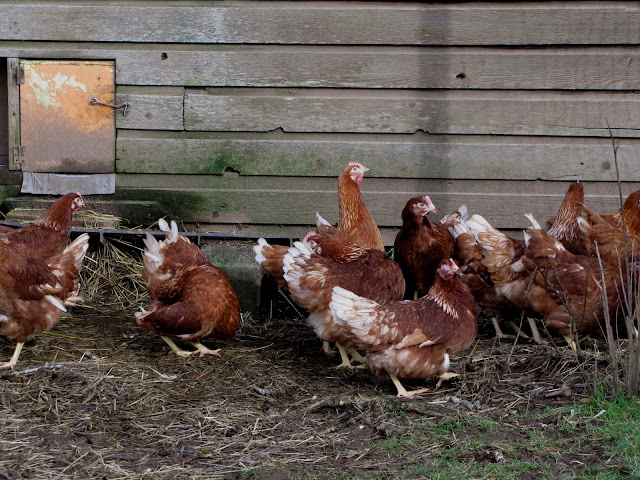 They settled down right away.  They enjoyed themselves out there.  There is an old crumbling partial pen on the north side of the coop, but we had made a bigger pen. 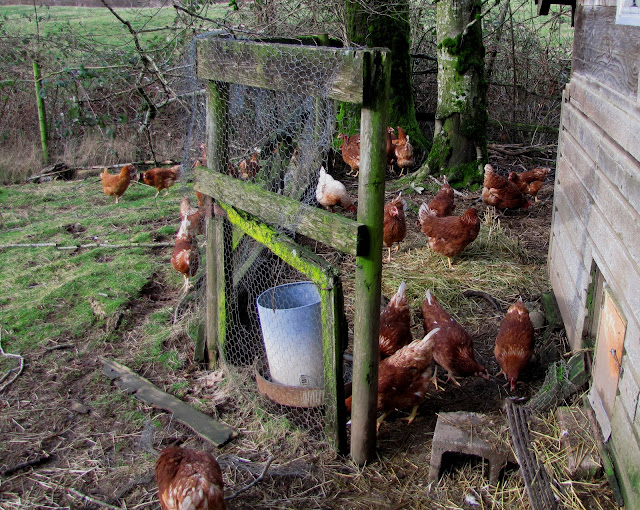 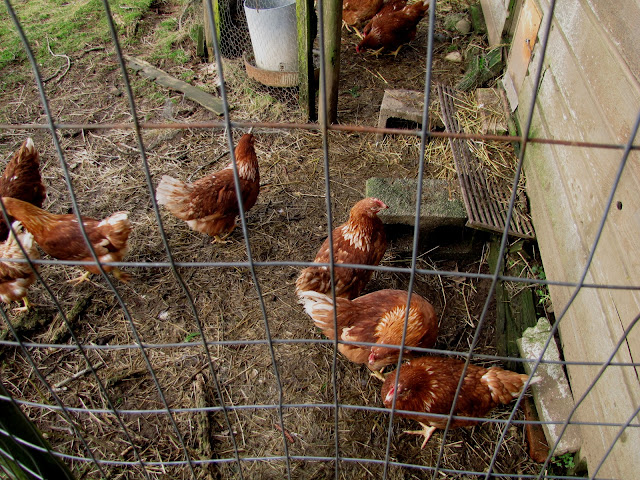 They'll stay in there for a while, so that they can easily find their way back into the coop.  Depending on how long it takes, I might wait until they start laying, so they get used to laying in the nest boxes.  Then we'll open the pen up and they'll have the run of the whole field. 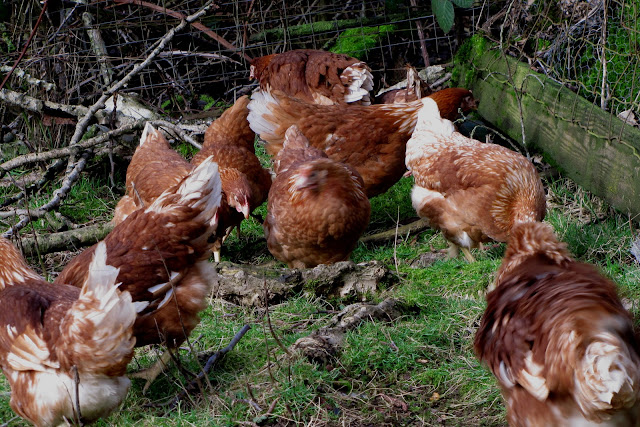 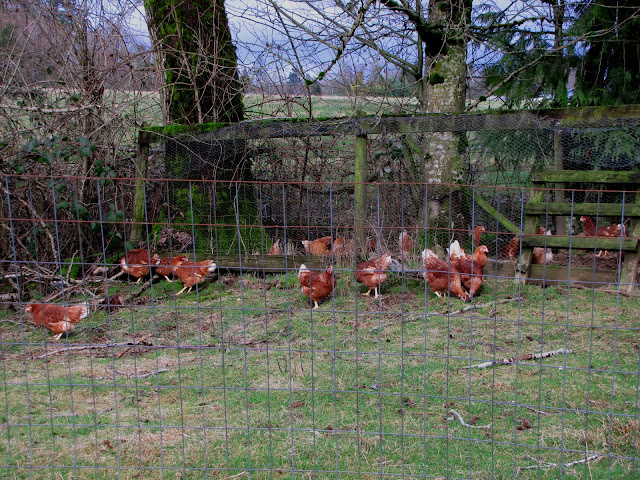 We did remember to go back outside a bit later and open the door back up for them.
I'm hoping that now they've tasted some freedom, they'll be searching for it themselves.
Posted by Karen at 12:29 AM