....that David gets embarrassed like the rest of the family on his birthday.  It's his turn to have some cutesy pictures posted.  He turned 23 yesterday.
I seemed to spend a long time looking through all his cute pictures.  And I couldn't get over how much thinner I looked back then.
It was hard to narrow the photos down to just a few. You don't think this is just a few?  You should have seen the pile I started out with.
He started out a pretty solid 9 lbs 8 oz 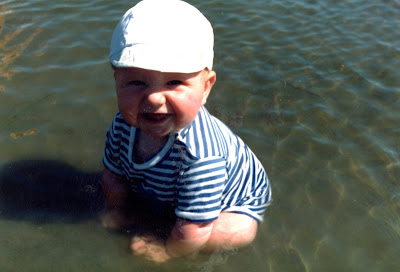 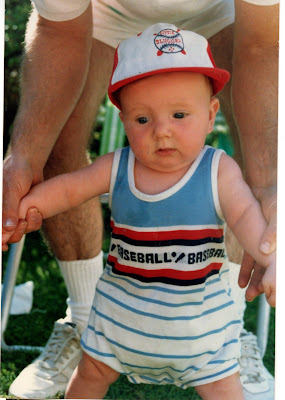 He stayed chubby for quite a while 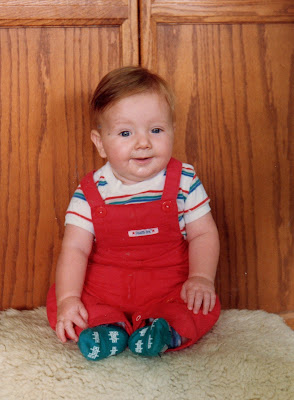 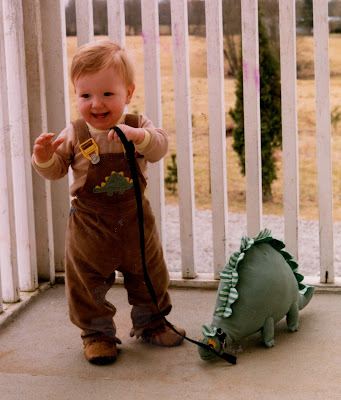 But somewhere along the way he got tall and skinny 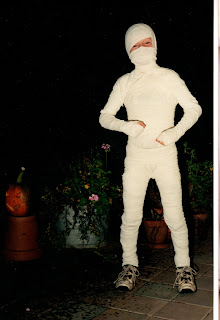 He was adventurous right from the start 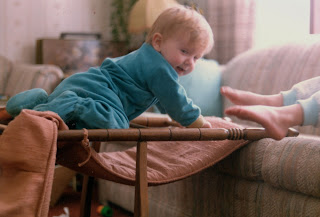 But he had a soft spot for dogs and teddy bears 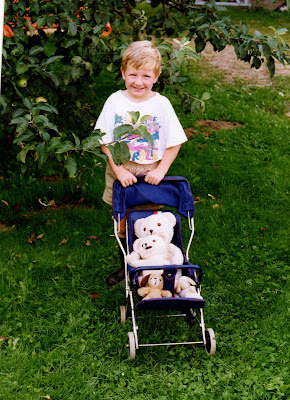 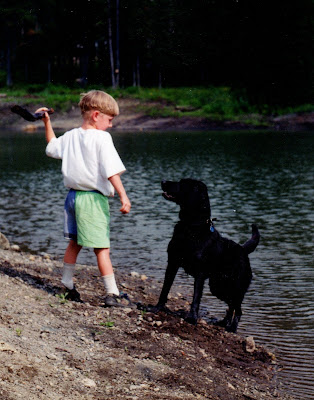 He wasn't afraid of hard work 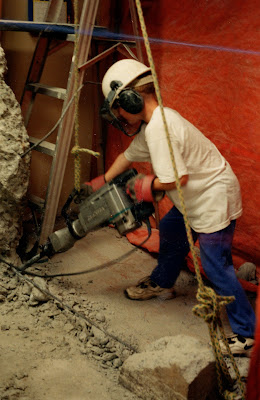 And had dreams of sailing off around the world.
Well....he did sail off the coast of the Cook Islands, and around Cultus Lake. 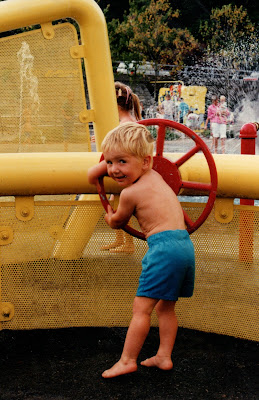 He was very athletic.  We spent 13 years watching soccer games.
You know, I actually miss freezing to death on the sidelines.
Here in B.C., soccer is mostly a fall and winter sport.  '5' was his favourite number.
This was at an indoor soccer tournament. 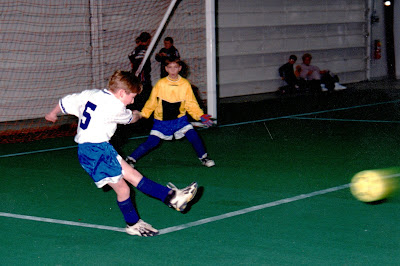 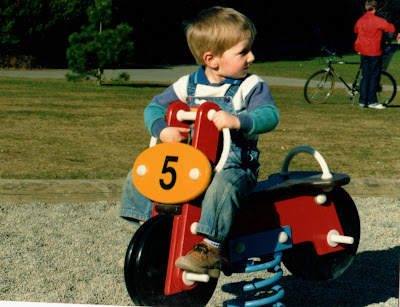 He played softball for a while, and snowboarded, skied, sailed and cycled, and ran track and played lacrosse. 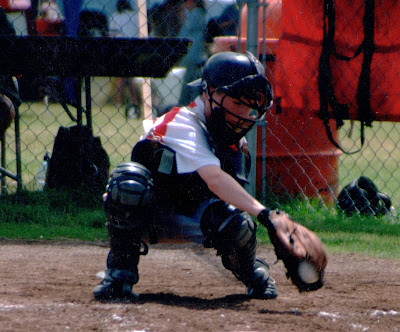 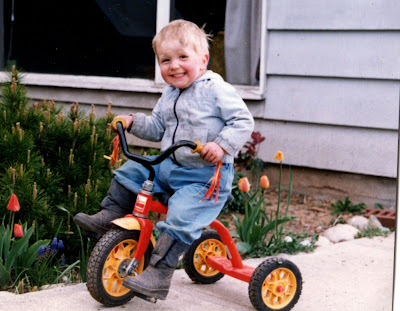 He and Meredith were part of  the torch run for the Western Canada Summer Games.
David and his T-ball team were part of the opening ceremonies, and we got to watch him hit the ball and run some bases on TV. 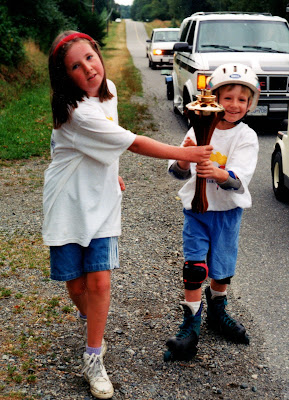 To heck with that country pastime of cow tipping.
David wanted to tip a donkey. 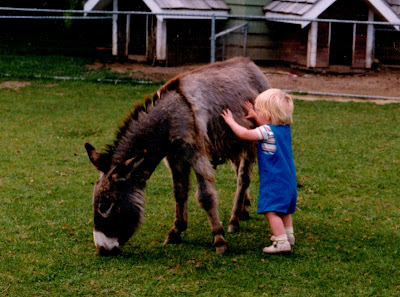 When he was young, his mother was very enthusiastic with her birthday cake making.
Not so much any more.  It was just a plain round chocolate cake with chocolate icing this year. 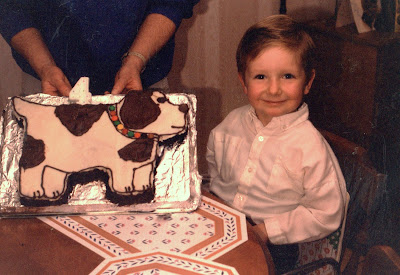 And sometimes he is just weird 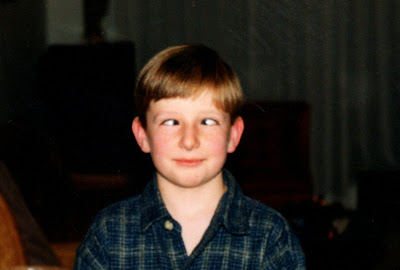 He can sleep just about anywhere 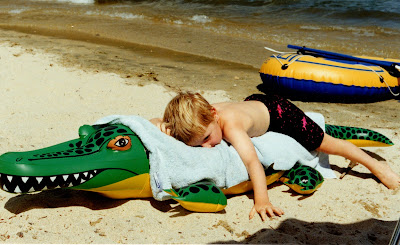 And he always liked a healthy variety of food. 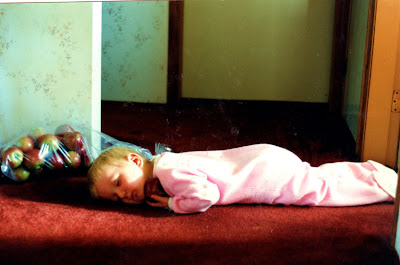 Sometime he got caught wearing  his sister's hand-me-downs.
But then of course you know that
REAL MEN WEAR PINK!
Happy Birthday David!
Posted by Karen at 10:04 PM