Yesterday I brought this back from my mother's.  It was a sort of diary of the first dog we ever had.  She was a cairn terrier mix called Coco.  Like many things in my life, I started with great enthusiasm and then the enthusiasm petered out and the project came to an end.  I did keep this up for over a year though, and it was fun to read most of it.
I had just turned 13 years old when we got Coco.  The diary was an exercise book that I had covered in wallpaper.  Then I did this portrait of her as a little pup with one of those wood burning kits that were all the rage as Christmas presents back in 1969. 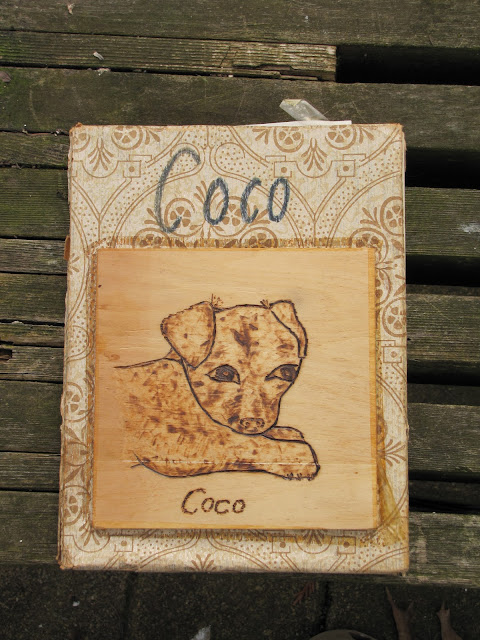 I didn't write her name backwards, it was just that the felt pen had soaked through from the previous page!
I think it's funny how I called her both *he* and *she* in the same paragraph, and even in the same sentence.  He/she even gets called *it* on some pages. 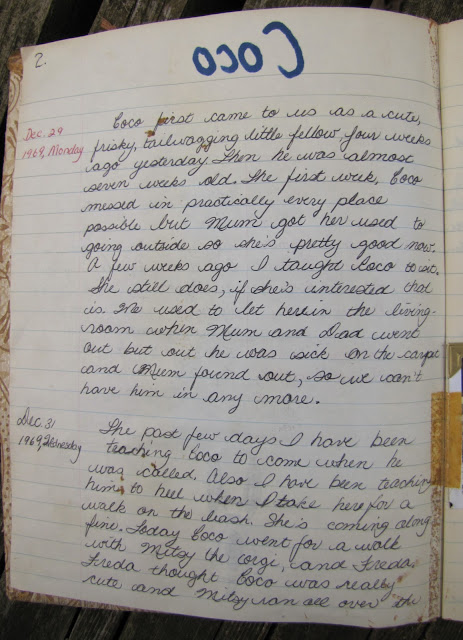 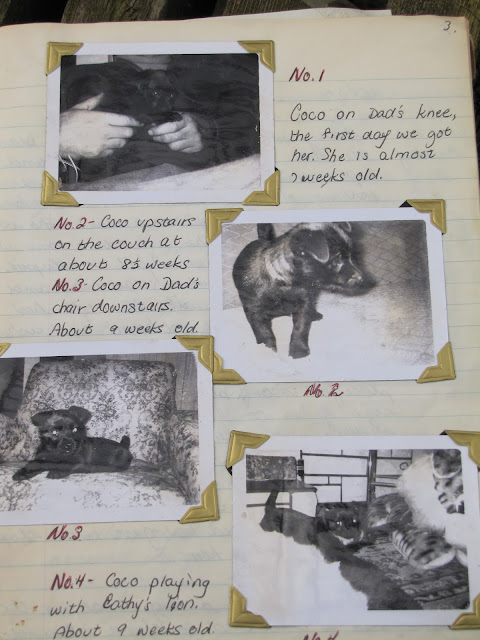 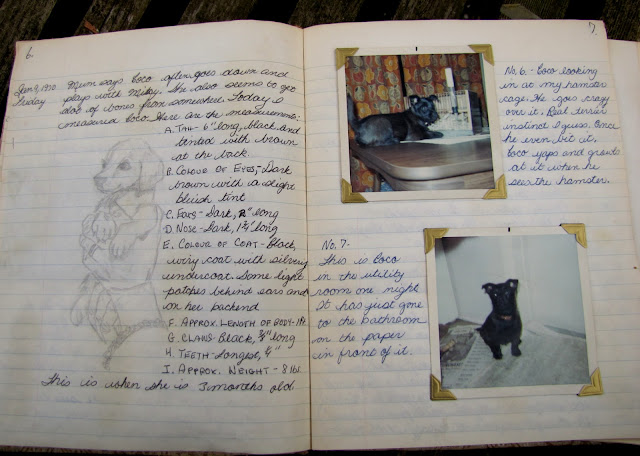 It's kind of sad though when I read some things.  Like how I gave her a slap... Not that I knew anything about dog training, other than what I was reading in books from the library.  This was our first dog. 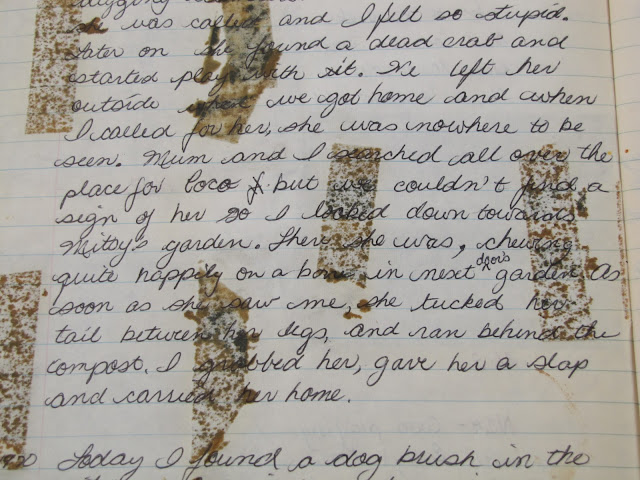 Was it any wonder that *come here* was only effective when said in an angry tone?  Poor Coco, sounds like we had to threaten her to make her come.
She did live a pretty good life though.  She got lots of exercise, my mum was big on exercise, and not only for dogs....
She came camping with us, and was never tied or chained.
She also went through two heats before we got her spayed, and I was quite taken with all the dogs that were hanging around.  I tried to make friends with a lot of them. 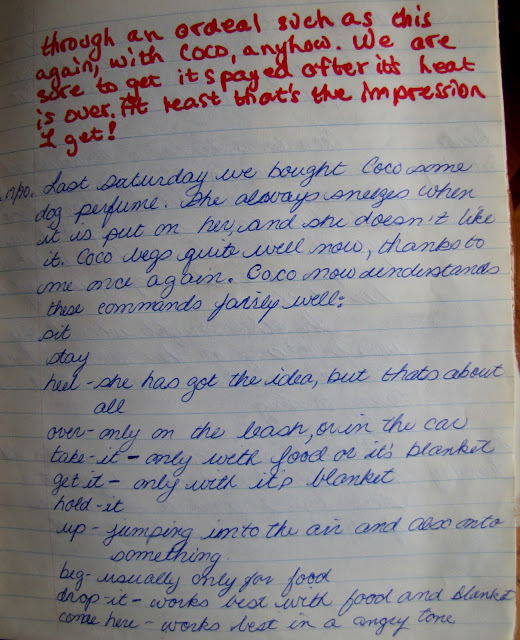 I drew lot of pictures, and used the Polaroid camera I had got for Christmas to take photos 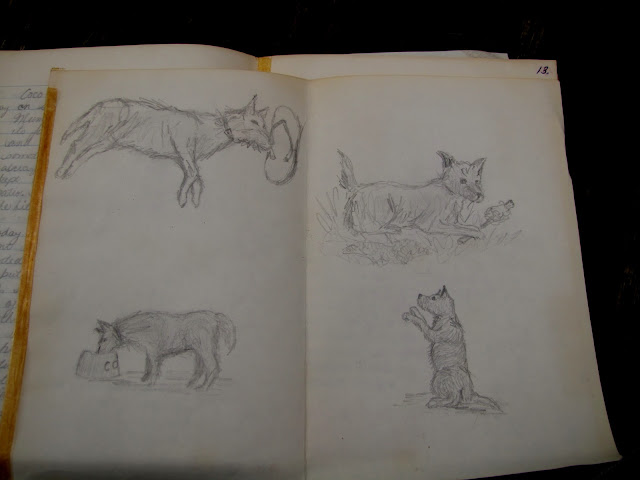 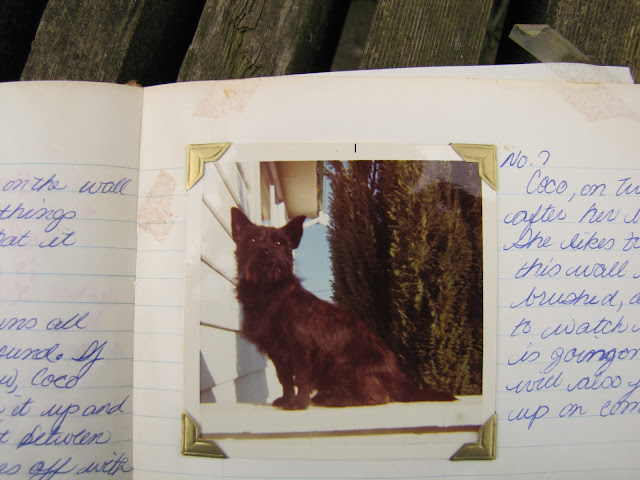 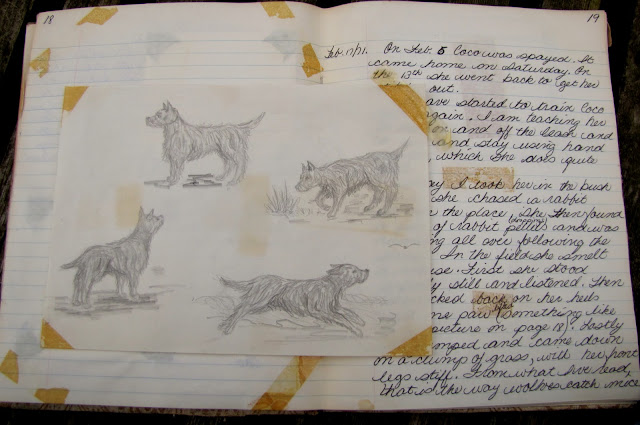 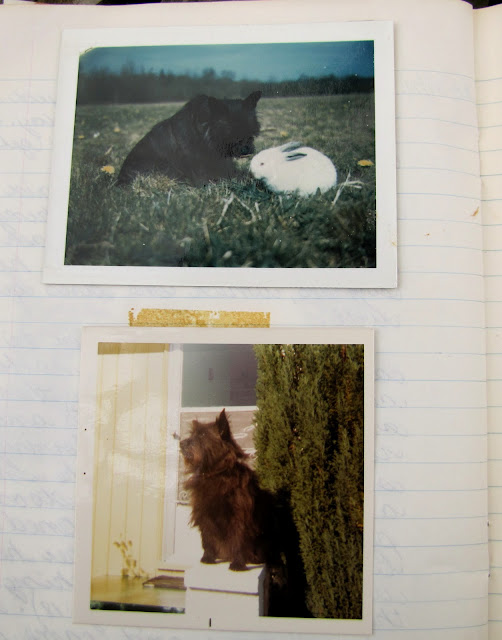 I made entries until the Spring of 1971, and then my mum made the last entry. 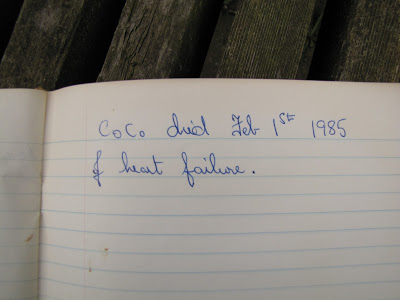 RIP little Coco.
Thank you for introducing me to the wonderful world of dogs:)
Posted by Karen at 11:44 PM