It's here, or at least it was for a while today.
Spring that is, as of 4:21pm.
Despite waking up to a frost and ice on the water buckets, it turned out to be a lovely day.
I seemed to spend a lot of the morning vacuuming and doing a bit of cleaning. Not exactly spring cleaning, but enough cleaning for me.  Since myself and cleaning aren't on a real friendly basis, and I avoid it when I can,  when I have the urge I really need to go with it,  sunshine or not.
Geez those dogs bring in a lot of dirt, and leave a lot of hair.
Since things were much cleaner now, it seemed to make sense to give Calli a furminator session.
Better to leave the hair outside than have to sweep it up inside.
There's going to be a lot of dog hair lined bird's nests in our neighbourhood.  The other day I saw some chickadee's picking some up. 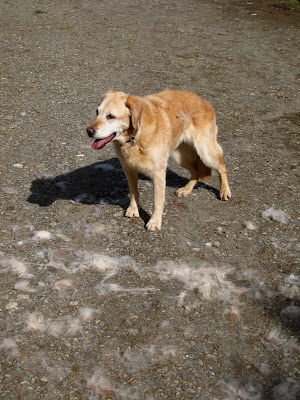 Larry gave the dogs a ball session in the hayfield this afternoon, which resulted in both Jake and Luna going for a dip in the pool.  Hopefully Luna left a lot of dirt behind. 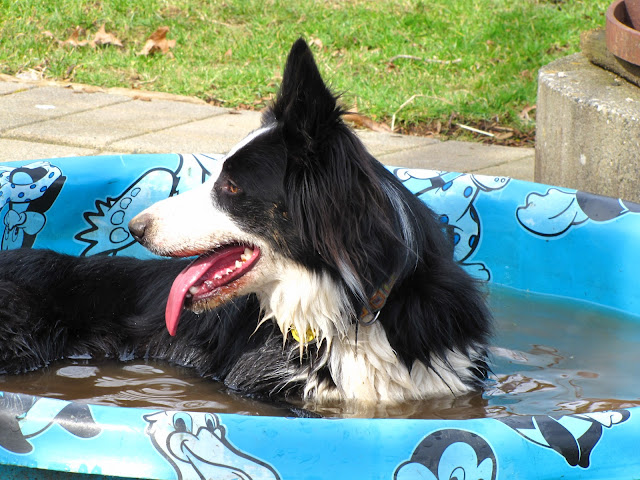 She seemed to prefer to drip dry and then she went for a roll.
Check here for a weirder version of this picture. 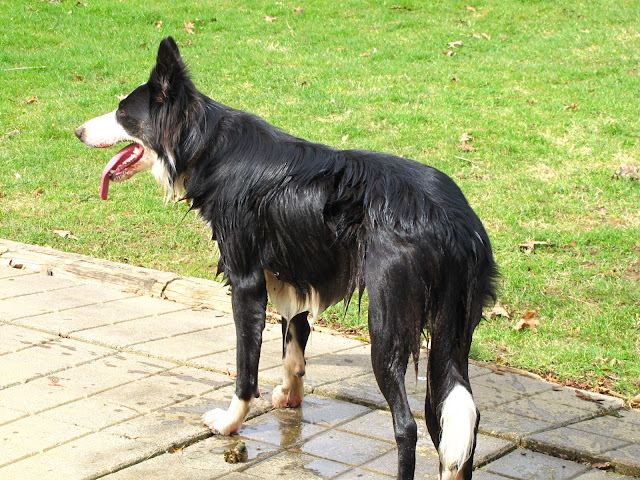 We worked down in the garden, and the human rototillers managed to get another bed dug over.  Thankfully I had tilled it before the tiller accident, so we just had to dig it over again to mix the compost in. 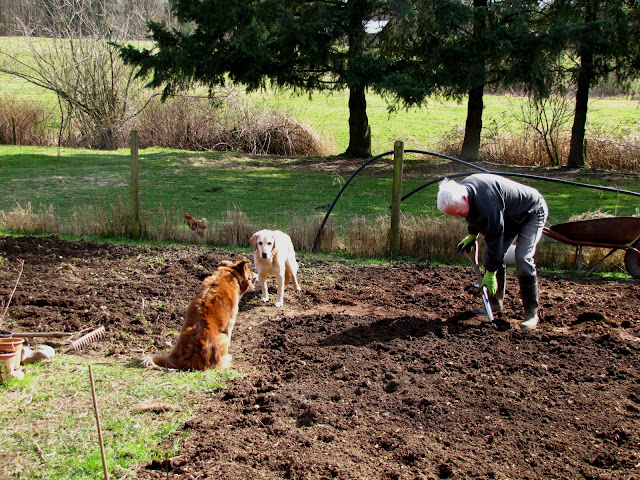 The canine rototiller did dig a couple of holes 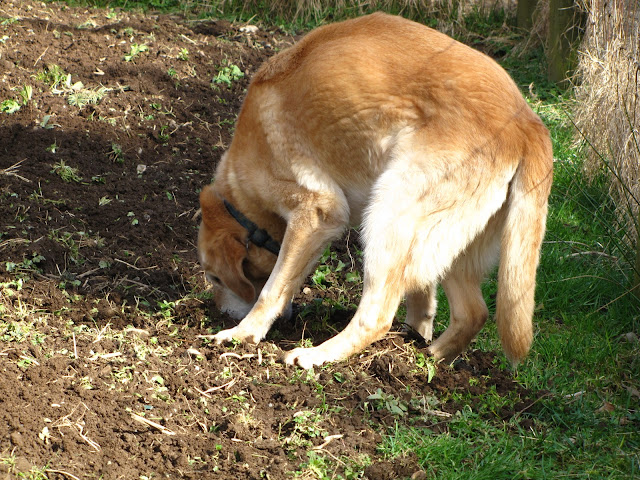 And Jake waited so long for his toy to be thrown that he was falling asleep in the sun.  It was warm enough that I was down to a t-shirt, and even Larry was for a while. 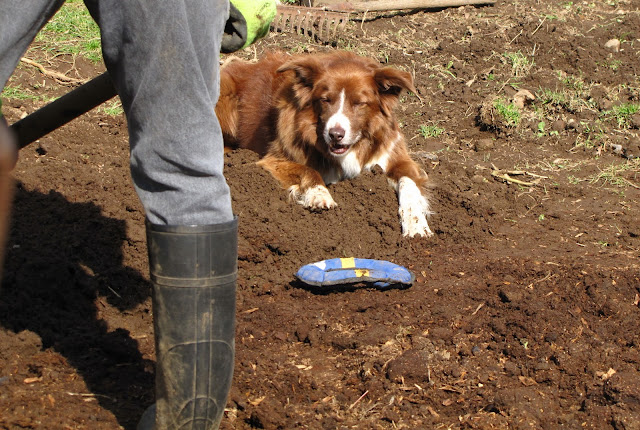 Luna made herself scarce.  She doesn't like any banging noises, and I had to pound in the metal poles for the pea fencing.   I got sugar snap peas planted down both sides 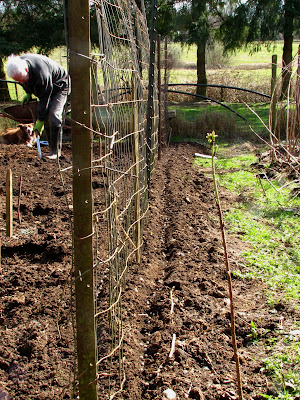 And then we took turns digging the last few rows and got it all done. I got some arugula seeded, and of course have to protect it in case a stray chicken decides to start scratching there. 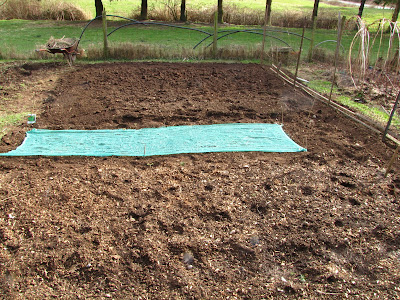 I also opened the gate to the pen the new hens were in. Quite a lot of them made it out and headed to the sheep barn and beyond.  There's more grass out there, which I want them to be eating.
Miracles never cease.
They all made it back in to the coop by dark, and most of them are roosting on the perches.  I had to count them to make sure, and they were all there.
Wow, I was impressed! 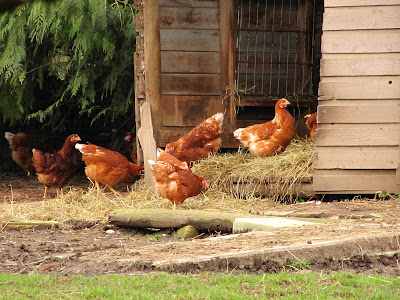 To top the day off, one of Larry's brothers and his wife stopped by.  His brother is a big tall guy; not Luna's favourite.  She was pretty good with them, despite only seeing them a couple of times before, and it's been a year since the last visit.
A great day all round:)
Posted by Karen at 9:00 PM