Jail and Other Stuff

Nelson got his first taste of the great outdoors yesterday.  The bedroom he spends most of his time in has a dresser right under the window.  He sits on the top of it and stares out into the backyard.  The window is open a crack so he can hear and smell what's going on out there.  Yesterday I set the x-pen around the back door to the deck, and blocked the stairs so that Jake and Luna couldn't get up there. He spent a lot of  time out there.  He would go back in, and then come back out. Once he even went back into his hidey hole under the bed, and then later I saw him outside again.  At suppertime, while we were all at the table, and Jake and Luna were laying close by, he actually wandered over to check to see if the door was still open.  That's the bravest we've seen him be, when people and dogs are around.  Unfortunately later that evening, he went downstairs, met Luna, turned and ran, and the chase was on.  Probably totally freaked him out, as there was a dog dish on the stairs that Luna sent flying with a lot of crashing and banging.  She was stopped as soon as we realized what was happening, but poor Nelson didn't reappear for the rest of the evening.  He made up for it by having three 'wowwwwwwwing' sessions during the night:( 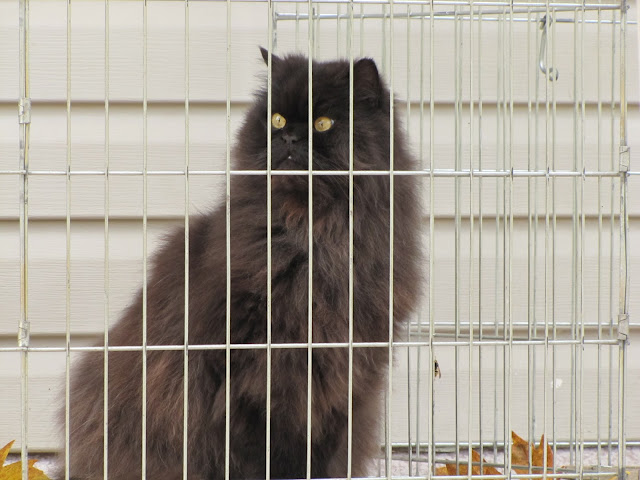 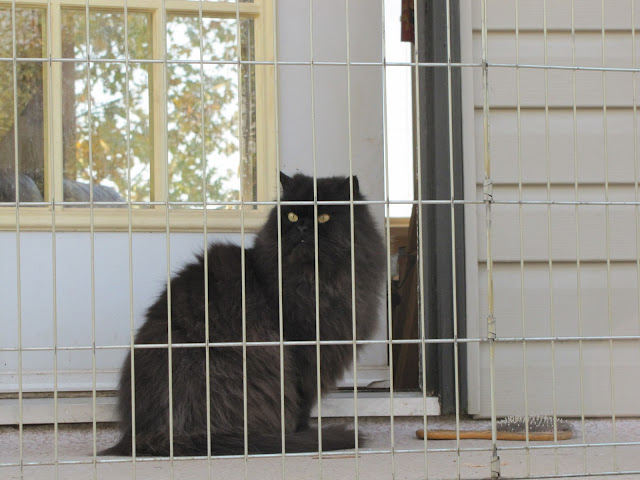 I had planned on getting some garden cleanup done in the afternoon, but spent quite a bit of time helping 'Brent'.  A guy takes on a whole new persona when he buys coveralls from the thrift store.  We had picked out some dead trees to add to our wood pile.  Unfortunately when Larry Brent cut down the biggest one, it got hung up on a branch of another tree.  So that involved a long rope, with a stick tied to the end, that got thrown up and over a branch on the cut tree.  That allowed us to tie the rope around the tree about 15' from the ground.  We both went out to the end of the rope and pulled, and down she came. 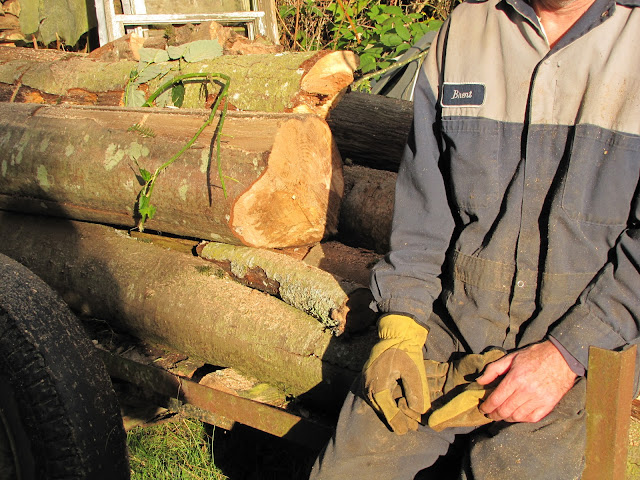 Lots of the wood is what someone else called 'peckerwood' (see the holes?), but it is all dead and dry and can be burned this winter. 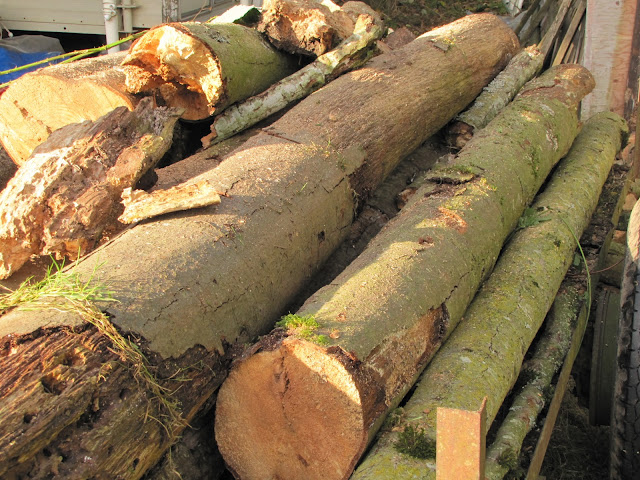 It turned into a good evening for those trick or treaters 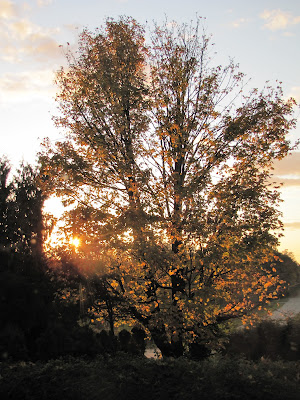 And for fireworks.  We drove a couple of miles to watch the fireworks set off by the local firefighters and community group.  We could have gone right there and stood in the cold and battle the crowd when it came time to leave.
We just drove until we had a decent viewing area and sat in the warm car.  This was my first attempt at firework photos.  A tripod would have been a good idea.  Since the shutter speed was 2 seconds, by the time I'd taken one photo, and the camera was ready to go again, I'd already missed part of the next firework. 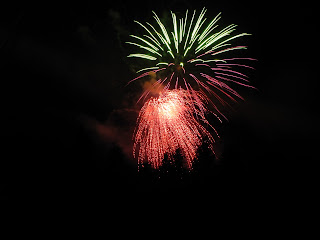 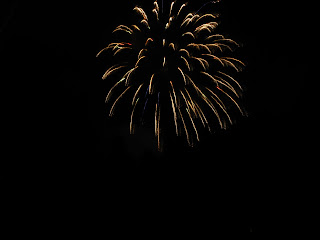 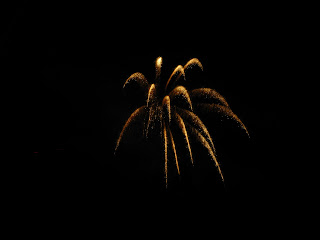 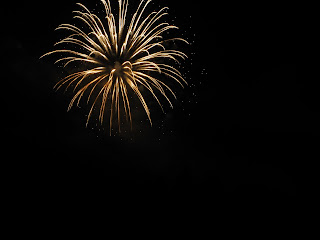 Hope you had a happy and safe Halloween.
Now to see about getting some of those half price mini chocolate bars!
Posted by Karen at 8:04 AM