None of that Black Friday stuff here.  Although I did hear there were retailers offering their own versions of the retail deals and madness taking place in the States, to keep the Canadian money from crossing the border.  Not interested.
We celebrated that golden orb in the sky, not a black cloud to be seen.
A rare sight this time of the year.
A day where some border collies looked for a soccer playing partner, and others were sampling various piles of horse manure. 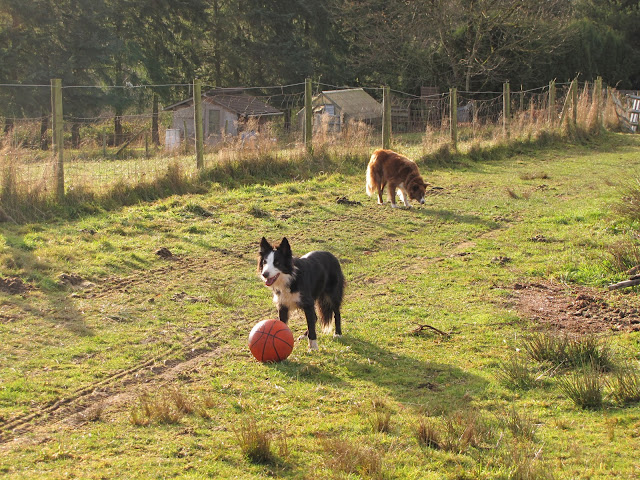 A day where dogs once gold are now fading to white 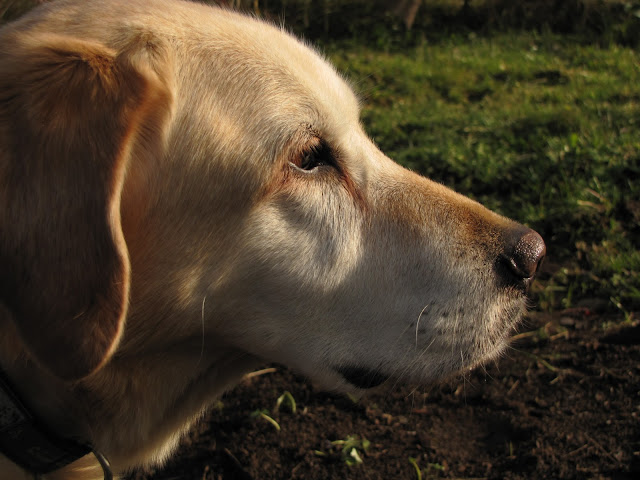 And manure piles threaten to disappear under the encroaching blackberries.
That only took a year. I always say to people that if you didn't touch those blackberry vines, in ten years our area would be just one massive blackberry patch. 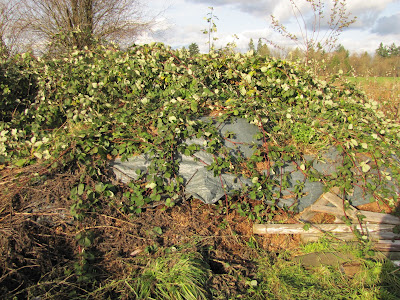 A day you thought would be good to dig some more dahlia tubers out.
I didn't realize just HOW wet it was where that row of dahlias was planted, until I put the fork in and wrenched them free of the sucking mud. 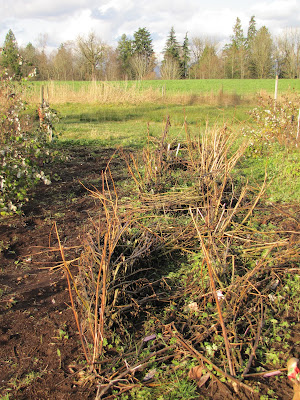 A day where black cats with golden eyes, take their first solo outdoor walkabout, and return! 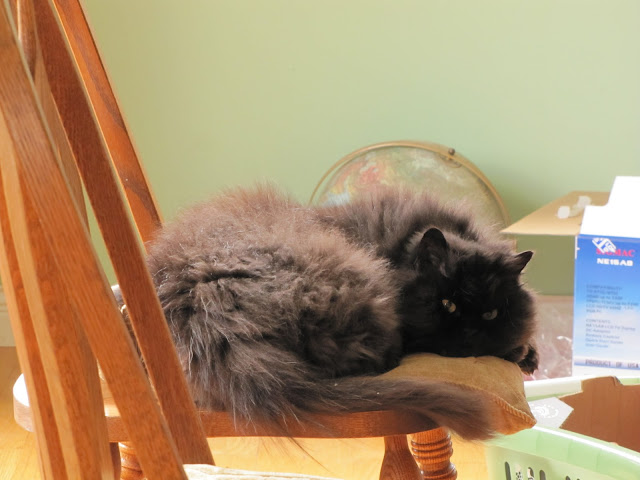 Nelson was gone for a couple of hours.  I went out once to try and find him, with no luck.  An hour after that I stood and called from the deck, and lo and behold he sauntered  from the barn and came to the back door.
A taste of real freedom now means that he stands meowing at the back door to go out.
Nelson has really come out of his shell, which has it's good and bad points.
We've caught him on the counter a couple of times, and that really grosses me out.
A day where Mt. Baker catches the last blue skies and the sun's rays.
A day to go somewhere a bit different for a dog walk. 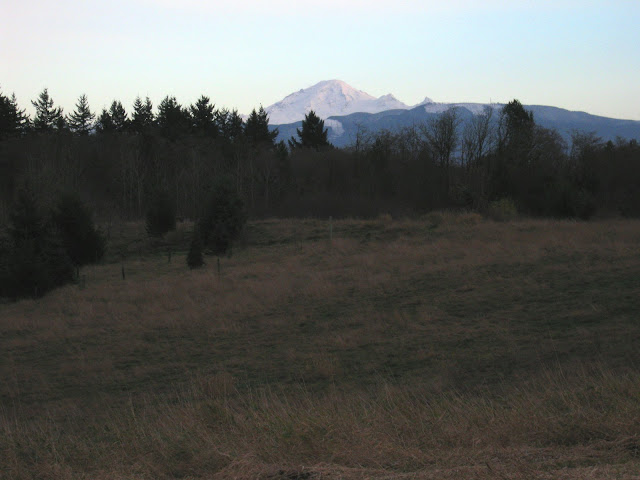 When you stop to sit on a new bench at the viewpoint, certain horse manure eating dogs find a stick and beg you to throw it. 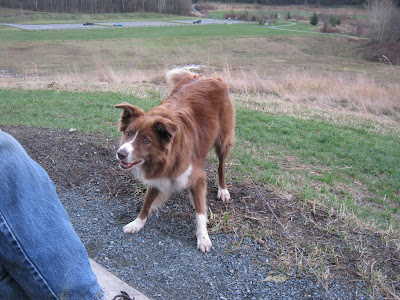 And then you throw it to the other dog 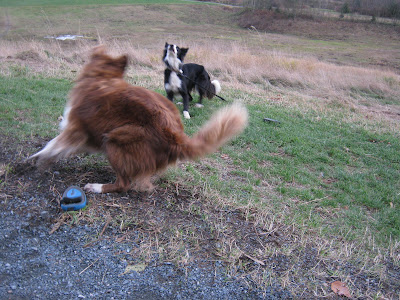 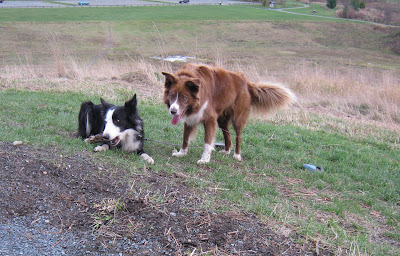 Okay, this time make sure you throw it to ME! 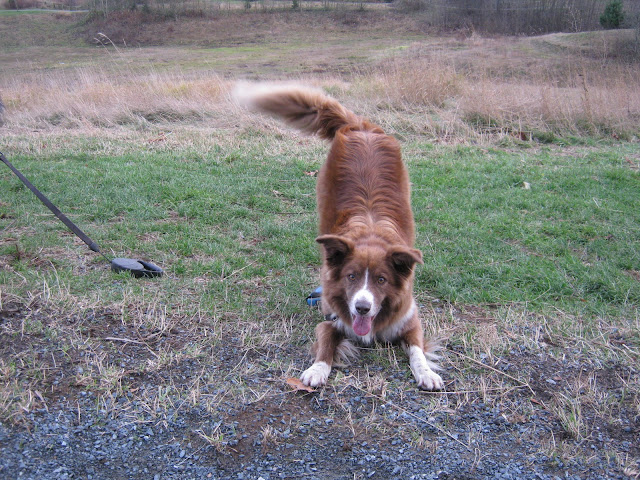 We were 'good' park users and kept our dogs on leash.  Well mostly because we've heard that the dog police there are always on your case. There is an offleash area there, but the place was packed with too many people and dogs just hanging around, so we avoided it.  We met a few horses and riders on the trail, and of course other people with dogs, none of which were leashed.  They held on to their dogs as they passed, except for the last group.  Two white shepherd types.  I ended up unclipping Luna's leash, as her hackles were up and she was ready to explode.  Fortunately both dogs ignored her, and she was quite happy to dash ahead and catch up to Larry and Calli.
A nice sunny break before the next weather system rolls in.
Posted by Karen at 12:22 AM