A belated thank you to everyone that sent me birthday wishes on Sunday!
Thank goodness that it was the end of daylight savings time, as that extra hour was sure appreciated, since we had to get up early to head off to a farmers market.  This one was indoors, which is nice, because it's warm, but not so nice because all those heavy boxes have to be transported inside.
Well worth it though, it was an awesome day.  The sun shone, and some of the farm vendors were set up outside.  We had taken what beets and bunches of greens I was able to scrounge up, and sold them all.
Loads of jam and eggs were sold as well.
These three pictures were taken driving down 264th, heading south, through the spotty windshield, at 90 kph, on the way to the market.
That's Mt. Baker in Washington State that the sun is rising behind, and frosty fields in the foreground.
No, I wasn't driving:) 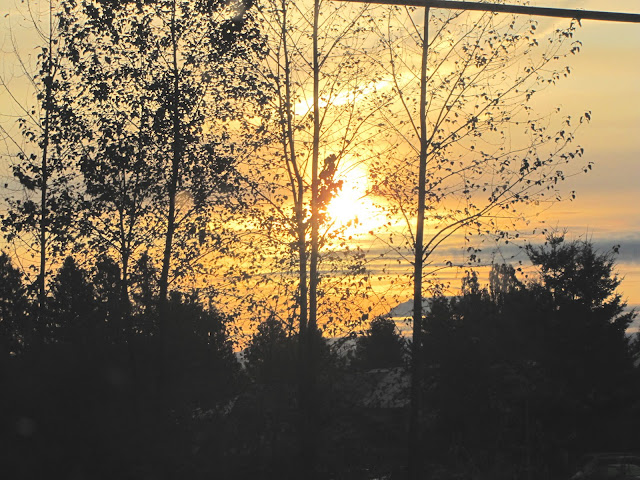 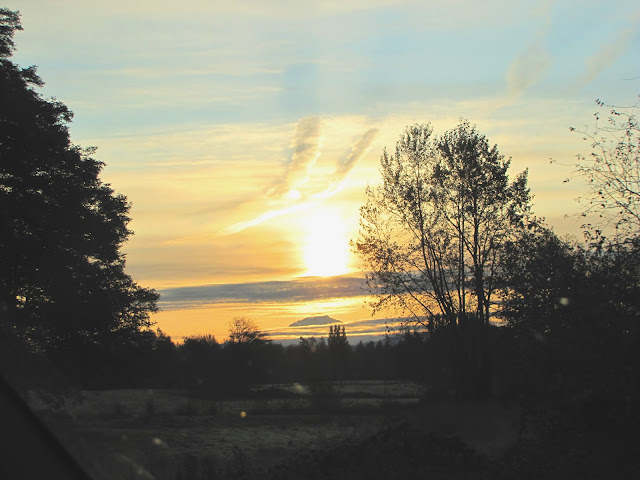 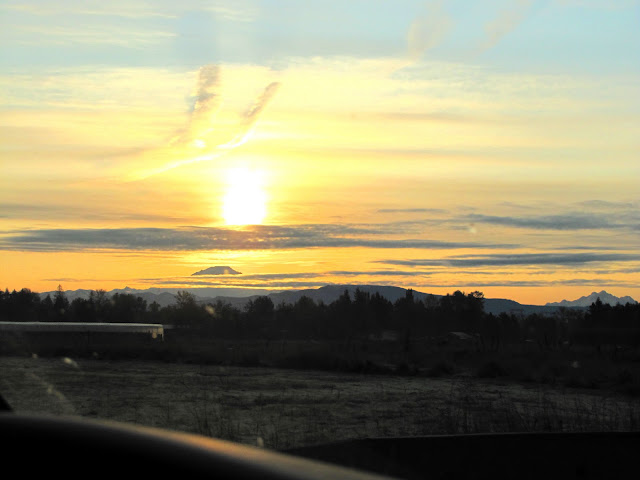 All the family gathered at the end of the day and had a meal out together.  That included my mother, well since she had given birth to me on that day many years before, it seemed only right.
I had wanted to do another sort of entertaining post like I did for my birthday last year, but it just didn't happen.  If you want a chuckle, you can read last year's here.  It's all the really important things you want to know about me.
If anyone asks, I'm just going to say that I'm 65, and then hopefully they might say that I look really good for that age.
Posted by Karen at 11:29 AM