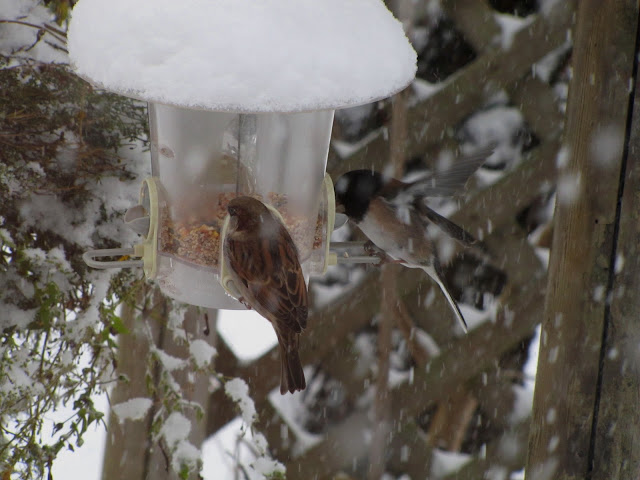 I got a bird feeder hung up when we had our little taste of winter last week.  Usually I hang it on a pole in one of the chicken fields, then any seed that gets wasted and dumped on the ground, gets eaten by the chickens, so then of course it's not wasted.  Waste not, want not, you know:) 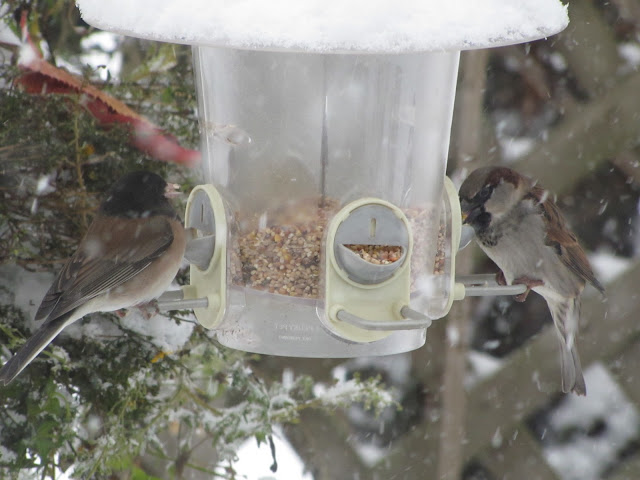 This time I decided to hang it closer to the house, so that we could see it from the window.  It took the birds a day or two to find it, but since then it's been pretty busy.  It did remind me of the bag or two of lamb fat that has been languishing in the bottom of one of the freezers for a year or two, or three, or four.... 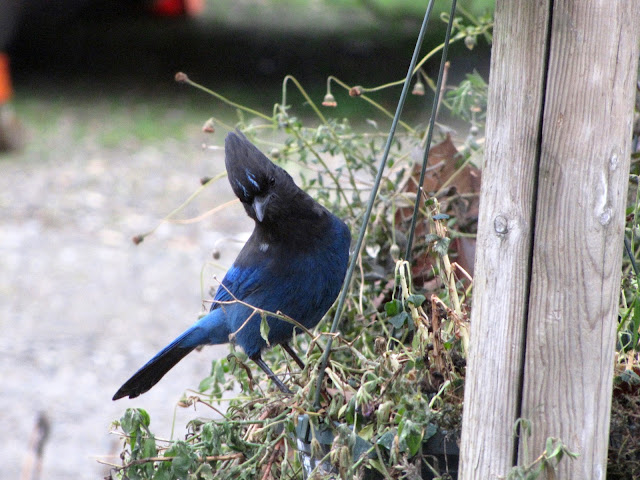 I dragged it out the other day and stuck it in a pot on the wood stove.  I was being rather optimistic that that it would all fit in the pot, but eventually it started to melt down and I was able to get a lid on it. 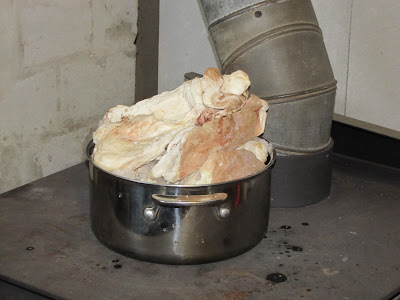 When it was done it looked like this.  See, look at all the room in the pot now. 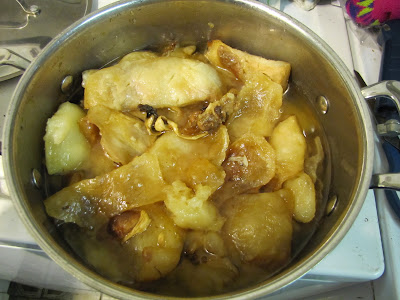 In the meantime I smeared a bunch a bunch of peanut butter in the bottom of a pan, until it was soft and melted 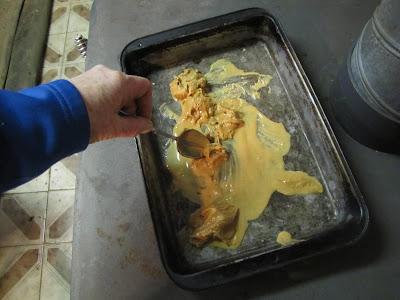 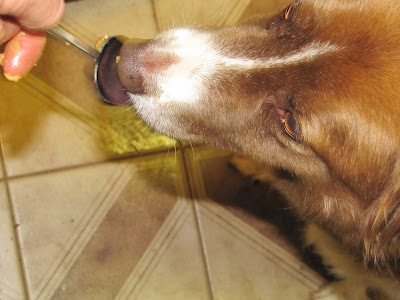 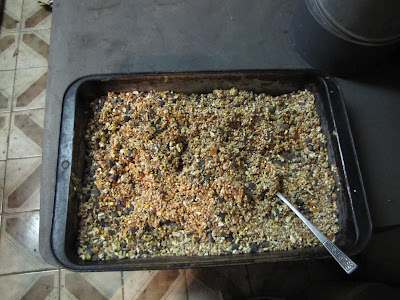 I poured the melted fat out of the pot, into the pan, and stirred it all around.  The sunflowers seem to rise to the top.  I put it somewhere cool to set, and when it was mostly set, ran some knife lines through it to divide it into six pieces. 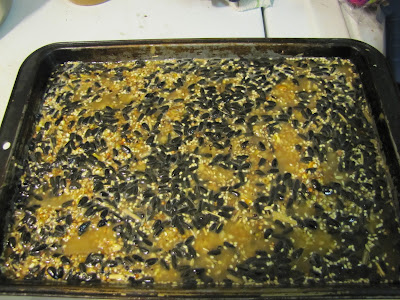 It was Calli's turn to lick that spoon. 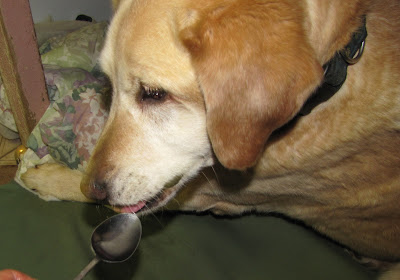 And here's what it looks like when it's done.  I think next time I would stir it all well again and then pack it back down when it's at about the half set stage.  That way everything would be better mixed.  Looks like the peanut butter sank to the bottom and the sunflowers are all on the top. 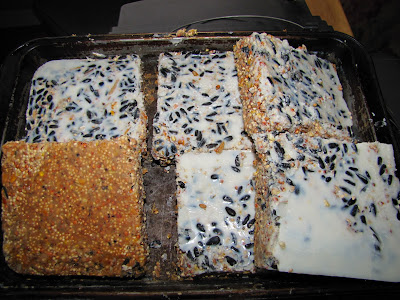 As I was typing all this, I was thinking that I could have made my life much simpler by just hanging the fat out in a bag as it was.  Oh well, I feel much more creative this way.  I will hang out the fat pieces that are left from melting it down.  I'm saving these suet blocks until we get our next blast of winter, that they keep promising us will come.
Yesterday was grey but quite mild, getting up towards 10 degrees, and we raked leaves and I planted some of the daffodil and tulip bulbs that were still waiting to have something done with them.
This morning is sunny and frosty, beautiful!
Posted by Karen at 8:45 AM