The Most Wonderful Time....

Monday night was our dog club Christmas Party, well the one the dogs were invited to:)  A week and a half ago we had our Christmas dinner, where we all get dressed up and get to see each other in something other than 'dog' clothes, and go to a restaurant to eat.
We took Calli with us on Monday, and she had the most wonderful time!  Old friends to greet, a few tummy rubs and lots of treats to collect, and the opportunity to scrounge around on the floor for dropped treats.  All the humans took food to share and it was a good time:)
Let the party begin! 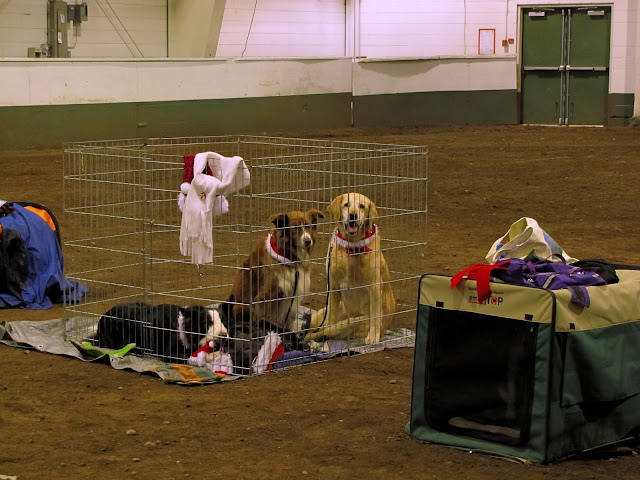 Larry and Dee contemplate what to sample next! 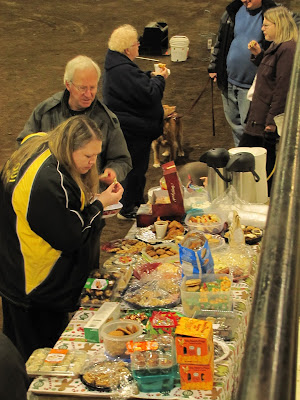 We played some games with the dogs, like Musical Mats
We had a small agility run out, and we ran some relays on a course that was jumps and a tunnel, so the flyball dogs could do it as well.  We timed our dogs whether they were flyball dogs or not, doing runbacks over the flyball jumps.  We had a tooney toss to raise money for the SPCA, so between a bottle of vodka and one of Baileys, $102 was raised.  We had also been collecting blankets and towels and other doggy stuff for the SPCA, so there was quite a pile of stuff to be dropped off there.
Musical Mats 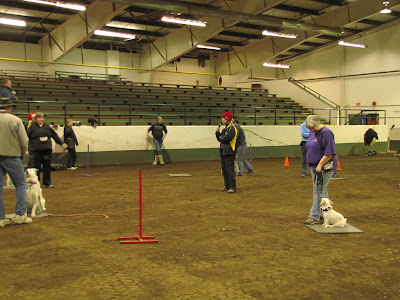 Monica shows off the bottle that she got with her winning toss. 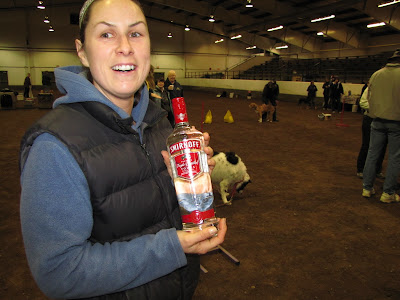 And Josee sneaks off with her bottle of Baileys.  The one who said 'I can't do this' and then proceeded to leave the tooney leaning up against the bottle. (For you non-Canadians, a tooney is a $2 coin.  The $1 coin has a loon on it, so is called a looney, so when the $2 coin came out, it seemed logical to call it a tooney) 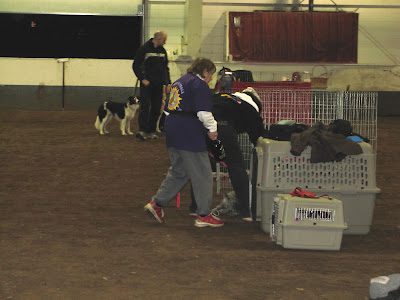