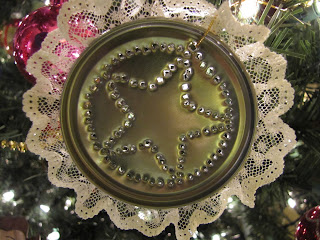 Earlier in the week we decided that Thursday night was going to be Christmas tree decorating night.
Gone are the days that we headed off to the Christmas
tree farm, and either cut down a tree, or some years dug one up.  We have a few trees around planted around here that arrived as Christmas trees.  Some of them didn't survive.  One year we broke a shovel digging a tree up.
Somewhere along the way we got older and lazier, and after Christmas one year bought a fake tree, already decorated in lights, for 75% off (about the same price as a cut tree) and that's what we've used ever since.  This tree is a bit blinding, so we try to drown a out a few lights by putting lots of decorations on.
We got out the eggnog, and I diluted mine with some milk, otherwise I find it way too sweet, and then added some Bailey's.  Not bad! 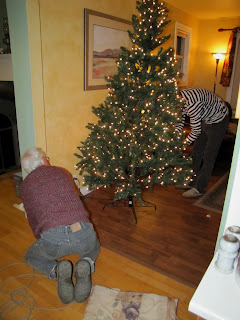 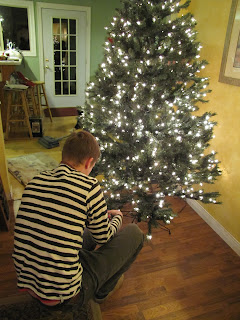 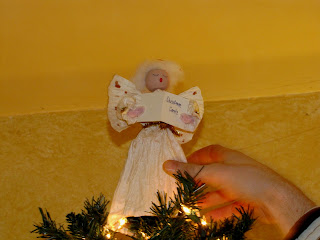 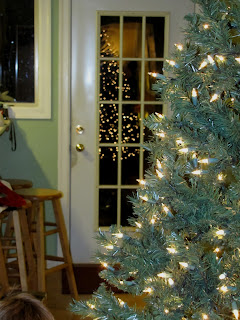 The angel went on first, but someone said it should go on last, so there was a bit of an argument over that.

Finally it was done. 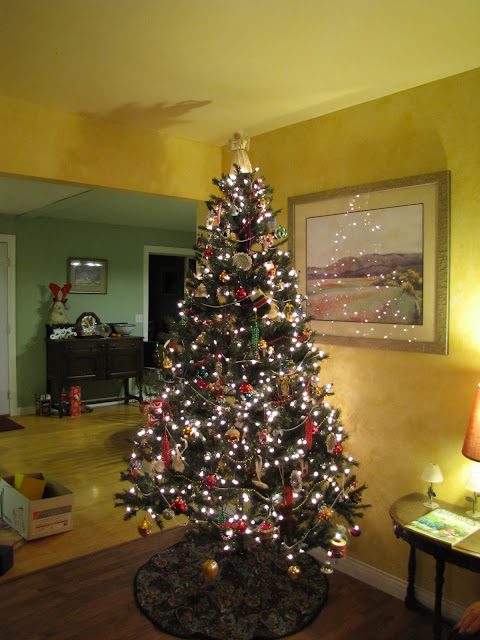 We forced some Christmas spirit onto Jake and Luna 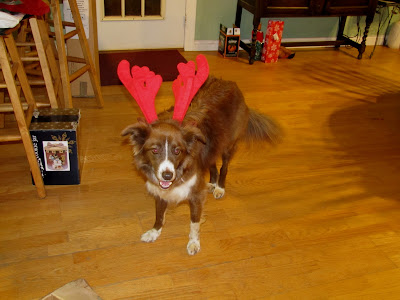 Luna wasn't too impressed, and tried to push her nose between Larry's knees to rub the antlers off. 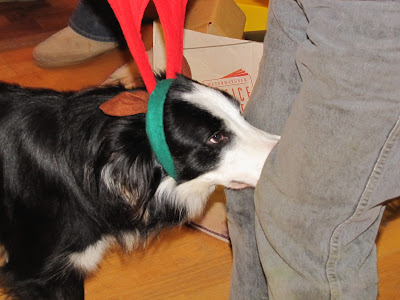 We have a few special ornaments.  In 2002 I started getting Meredith and David one each year. The soccer bear and the girl in pink were the first ones.  They were made out of Fimo clay, and they are only about an inch and a half tall, but the detail is amazing. 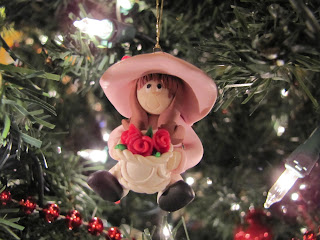 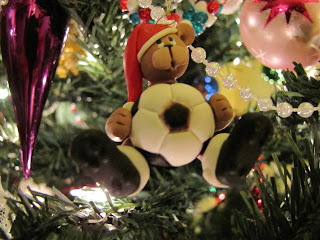 There was no theme, just what ever I could come up with each year.  If I could find an ornament that was related to something that happened that year, so much the better. 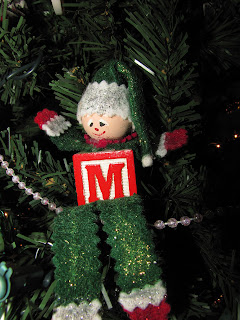 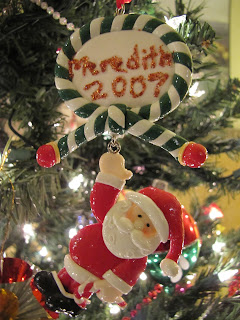 I think the car was the year David got his driver's licence.  He did go on to own quite a variety of
Volkswagens 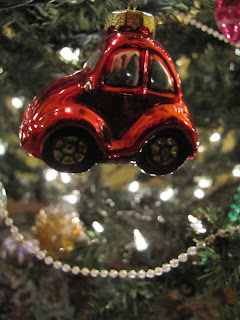 Last year I got a bit more creative. These are just dollar store ornaments that I painted on the back of.
This was Meredith's.  She took a ten day trip and drove herself down the Oregon Coast to San Fransisco. 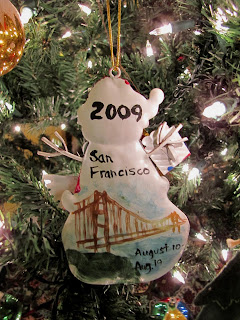 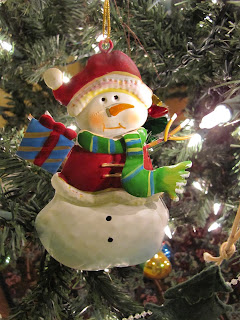 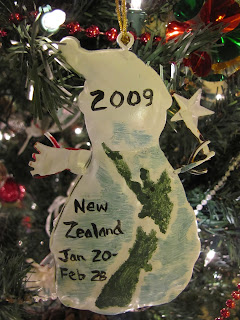 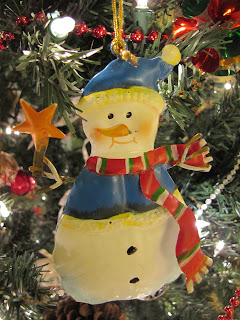 One year the elementary school had a Christmas craft night.  These were made from the tops of those cans of orange juice concentrate.  You took a hammer and pounded a nail through to make the designs.  We made some more at home, and glued the lace on.
I must have been feeling romantic when I made this one 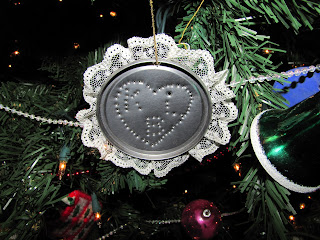 There are a bunch of felt figures that used to be on a mobile I had made for over the crib. 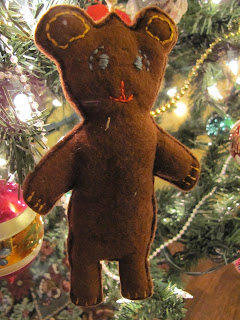 We used to have a bunch of tacky garlands that the kids made at school.  Things like strings of wine corks alternating with wood beads and pieces of drinking straws.  Or how about the string made of those foam packing peanuts with tissue paper wrapped around them?  Or the alternating green and red strips of construction paper glued to make a loop, and then the next strip put through that loop and glued to make another loop.
A few years ago every one agreed that it was time for them to go.
We were going to put up some decorations around the house, but most of the family got distracted by the humour of a Top Gear video.  Couldn't they have at least picked a Christmas one? 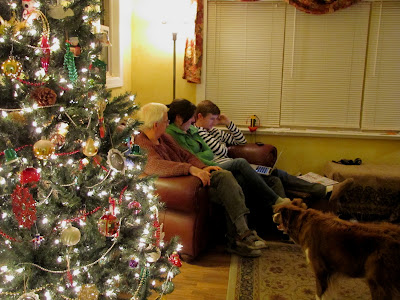