Even though Fall is almost officially here, there are still quite a few blackberries.  We picked some this morning, we being the dogs and I. 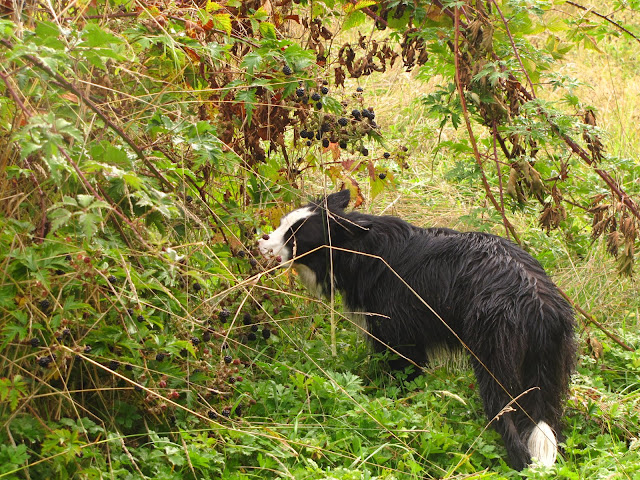 On the way back I stopped to pick zucchini in the orchard garden.  Other than the rabbits doing a number on the peas and beans, that garden has been a roaring success this year. 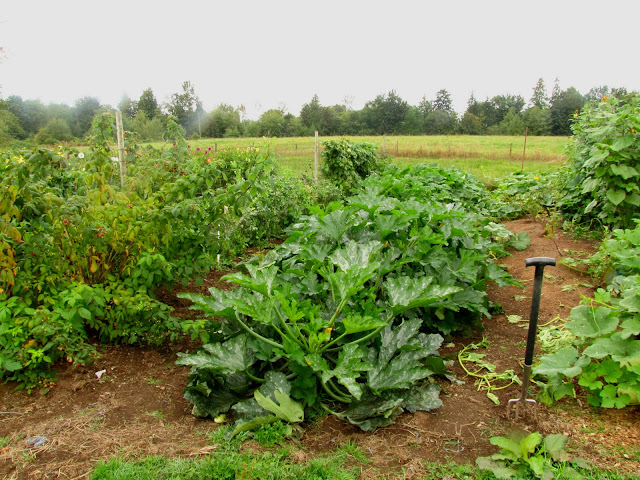 The regular zucchini are slowing down quite a bit now, but we do have lots of 8-ball zucchini to come 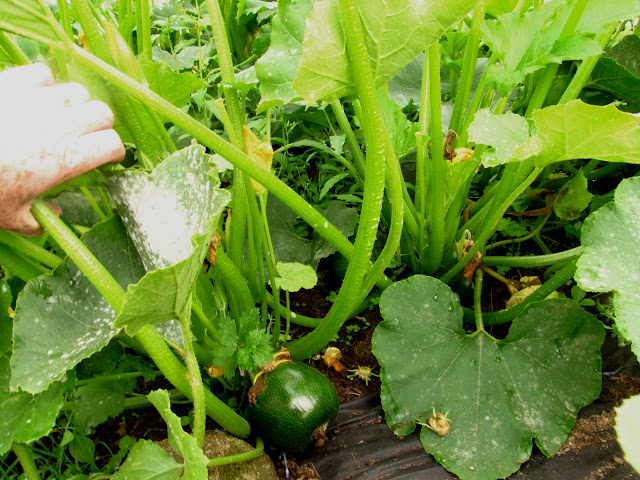 I thought these were yellow zucchini, but I think they might be crookneck squash.  They taste pretty well the same, we had one in a stirfry for supper tonight. 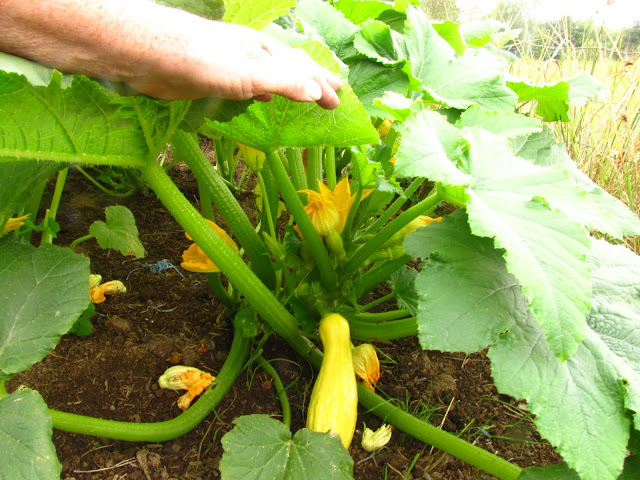 There are lots of spaghetti squash to be harvested eventually
Can you see Luna checking up on Pride in the background? 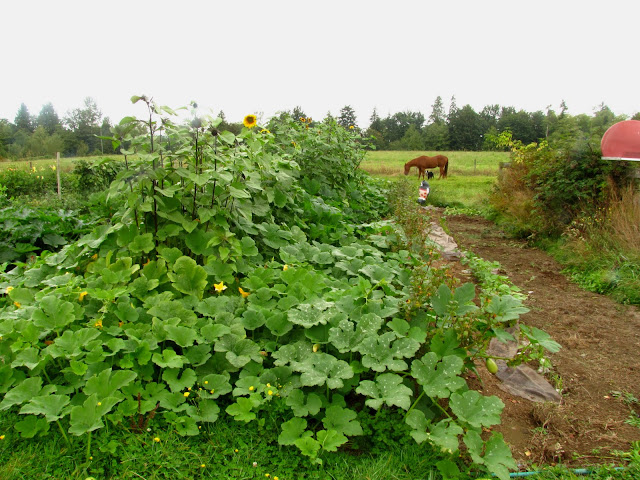 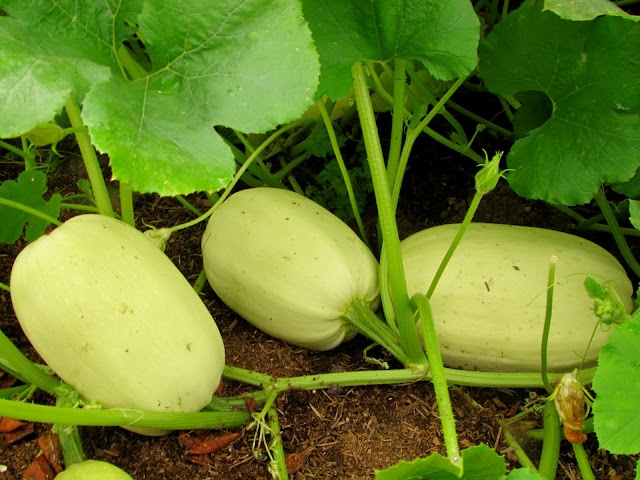 And buttercup squash too 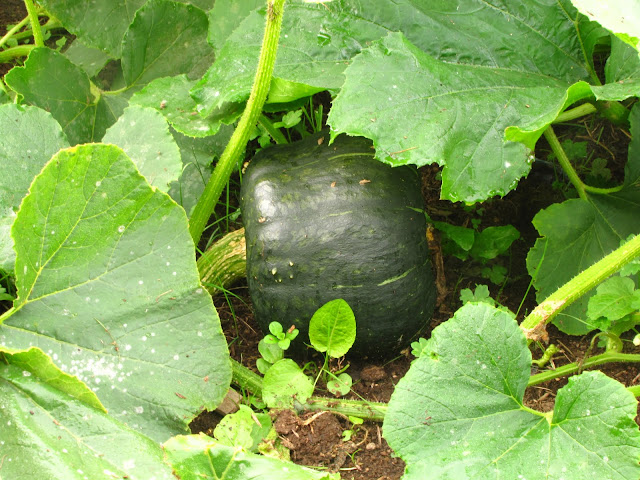 This is the first year the Fall bearing raspberries have really made a showing.  They don't have a lot of taste though.  Hopefully that is because we haven't had much sun in September 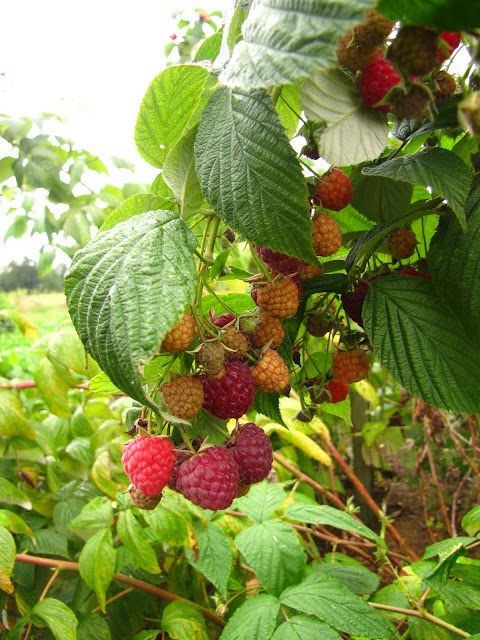 And Luna finds it easier to pick those than the blackberries
See the potatoes behind Luna? 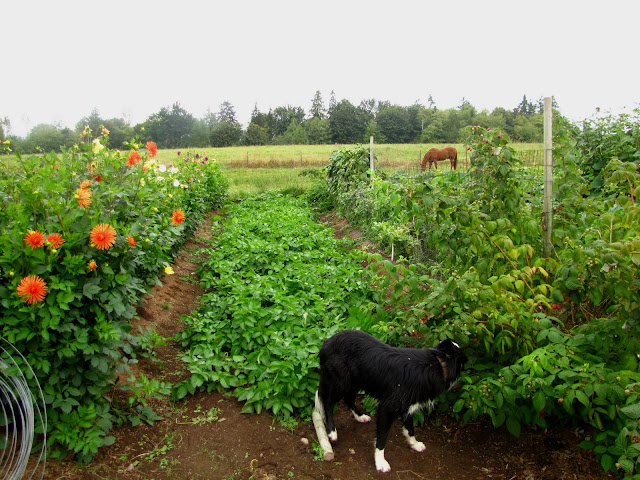 Do you remember me planting those near the end of July?
Look what I found:) 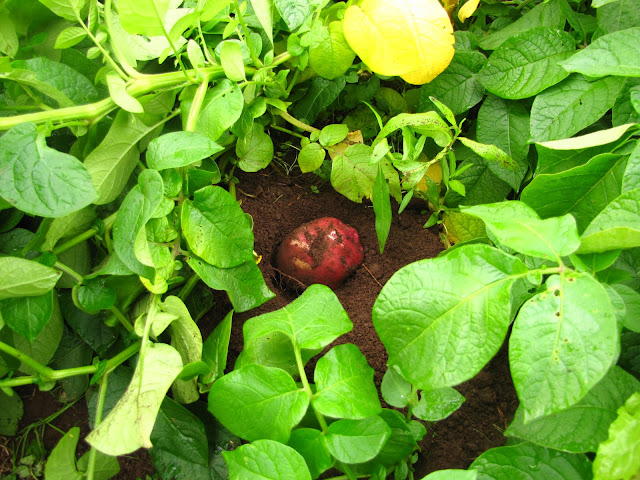 There is one row of dahlia's out there.  They haven't been terribly prolific this summer.  But, there have been lots of other flower vendors at the market, so maybe that is just as well. 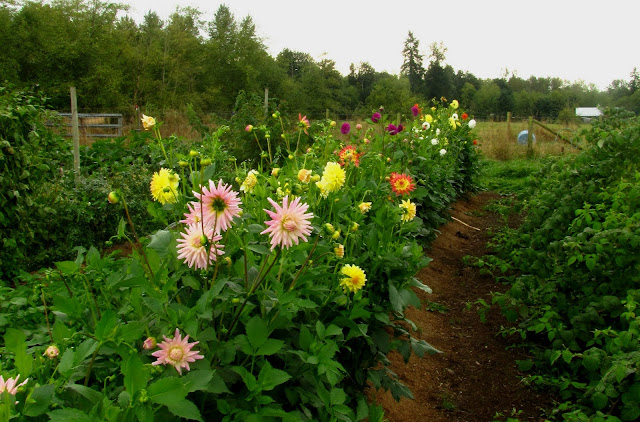 There can be quite a variation in colours on one plant.  I love this one. 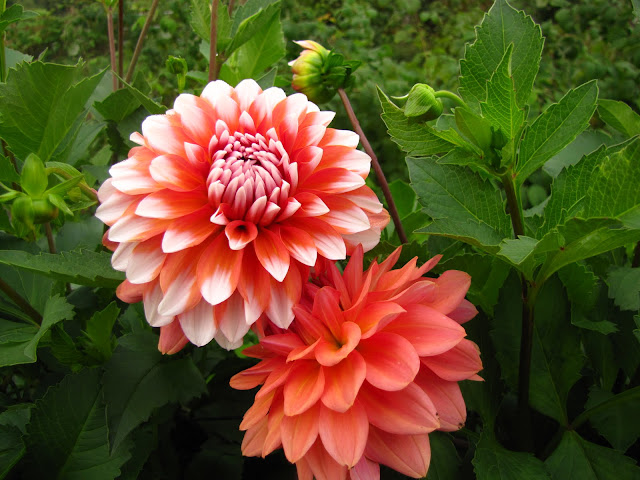 Another success story.  I had two large plant pots with strawberry plants in them.  They had been stuck in there for a few years, barely surviving because they didn't get fed and rarely watered.  I transplanted them between the currant bushes along the west side, and they have loved it.  Flowers, berries, and lots of runners.  I think they deserve their own row next year 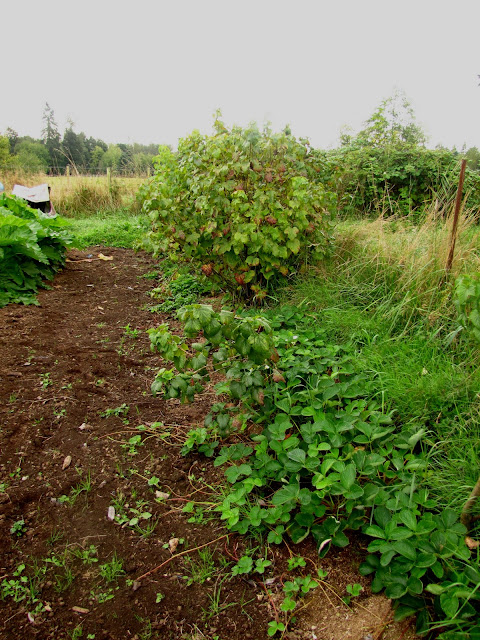 The rhubarb that was transplanted there this spring and last spring loves it too.  Look at the size of it! 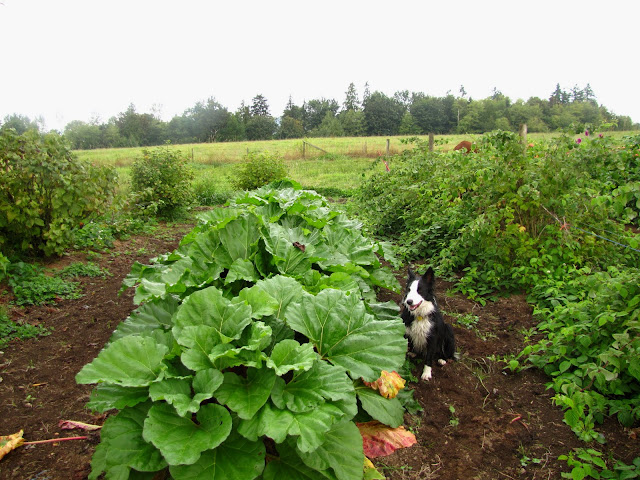 And what makes it all possible is the horse manure that we spread out there a few years ago to get the garden started.  This pile, which is the shavings used for bedding with it's manure and urine and wasted hay was dumped here in the spring. 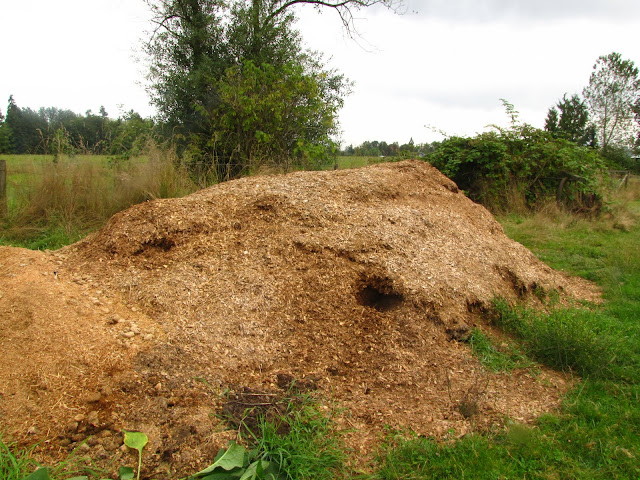 And look.  Already, just a few inches in, it has broken down into 'garden gold'
Sweet! 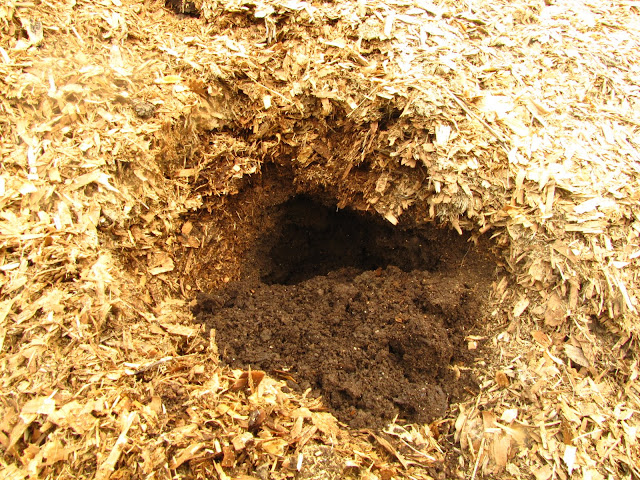