After reading other blogs and seeing pictures of their dahlias, I thought I should take some pictures of my own, especially of the ones that I bought this spring, that had actually come with a name attached.  I diligently wrote out labels for them and stuck them in next to the dahlia tuber when I planted them.  Obviously the pen wasn't as permanent as it stated, as the labels are now just blank.  So I am trying to match the dahlias up with the sheet I got with them, which also has pictures of dahlias on it that I didn't order.  Some of them are pretty obvious, like this one, called Taiheiyo.  Not sure why I got it, as I use the dahlias to put in the flower bouquets, and this is one of those dinner plate sized ones, which is just about a bouquet on it's own. 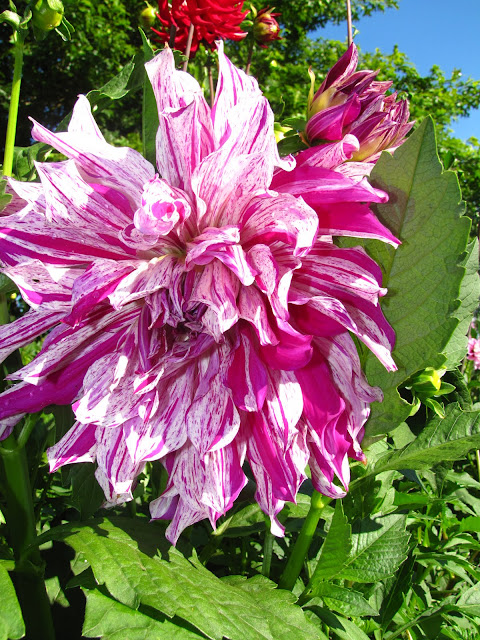 Then there is this one, which doesn't match any of the dahlias on the sheet, never mind the one's I ordered. 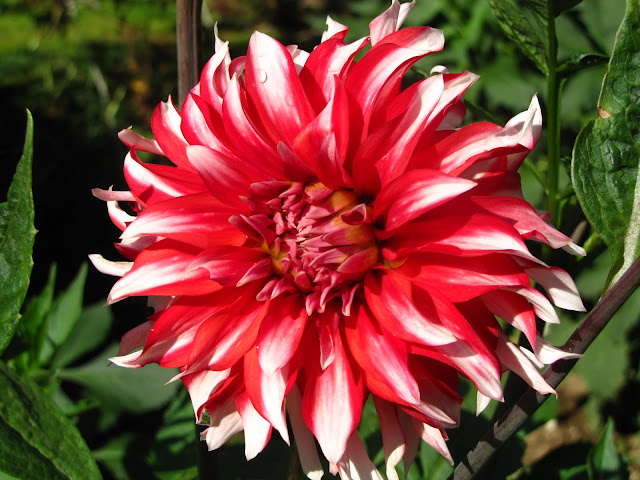 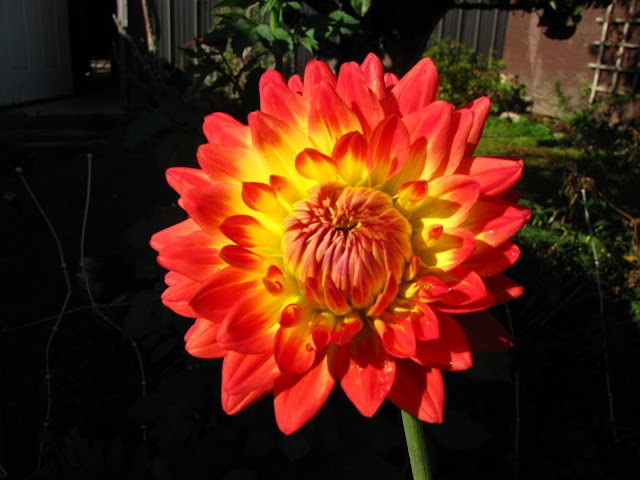 This one and the one below it are two that I bought at my favourite nursery when they were clearing out their potted dahlias. 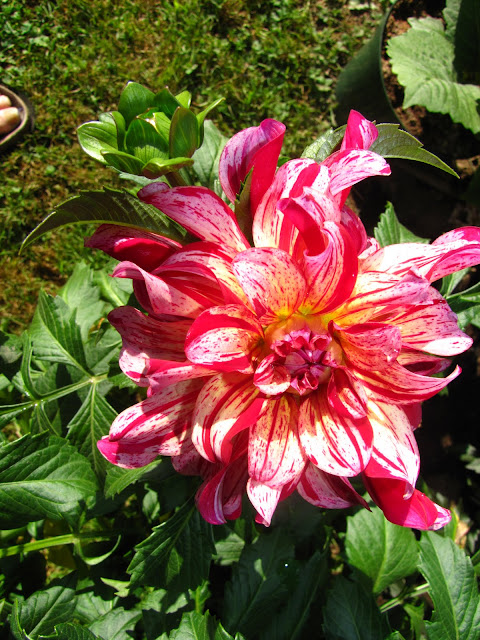 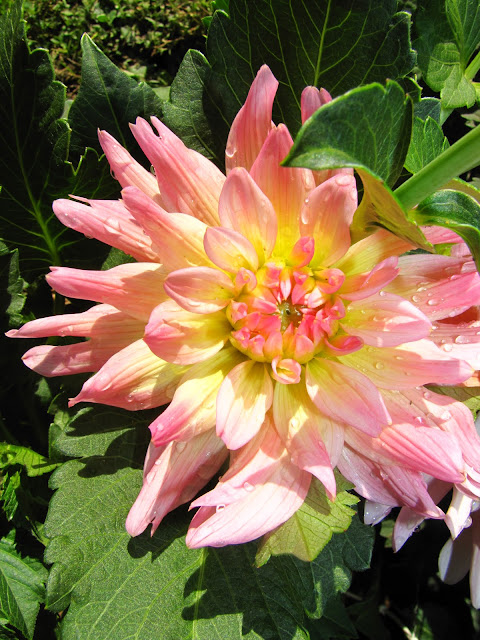 On Monday Larry and I stopped in at Ferncliff Gardens, a dahlia lovers paradise on the east side of Mission.
It was a lovely spot, and a great view of the Westminster Abbey.  We'll have to take a field trip there one day. 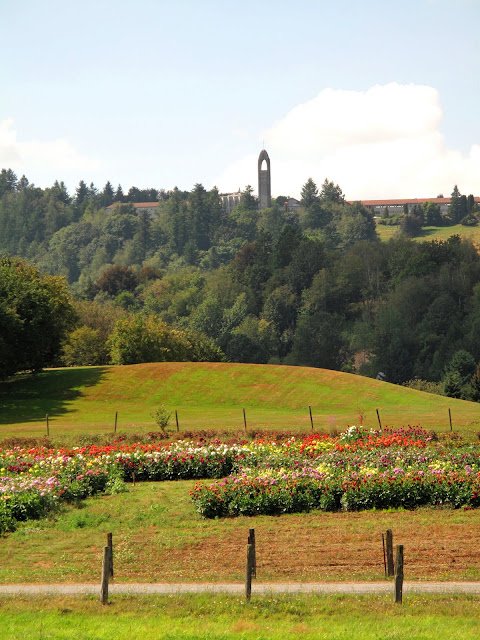 At the gardens they give you a clipboard and catalogue and you can wander around the display garden and check off the dahlias you like.
Larry was my 'check off' guy. 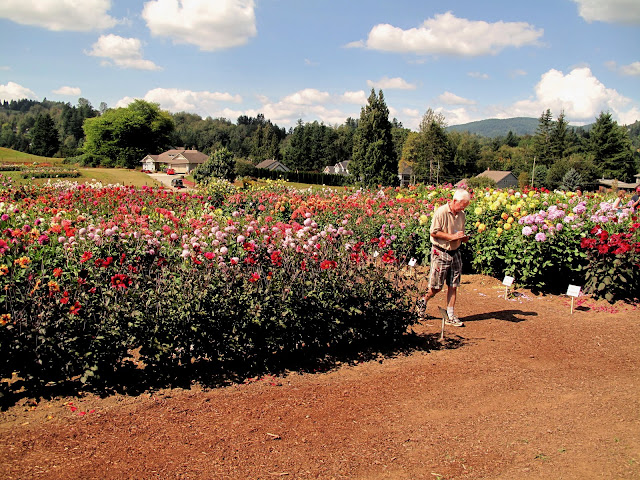 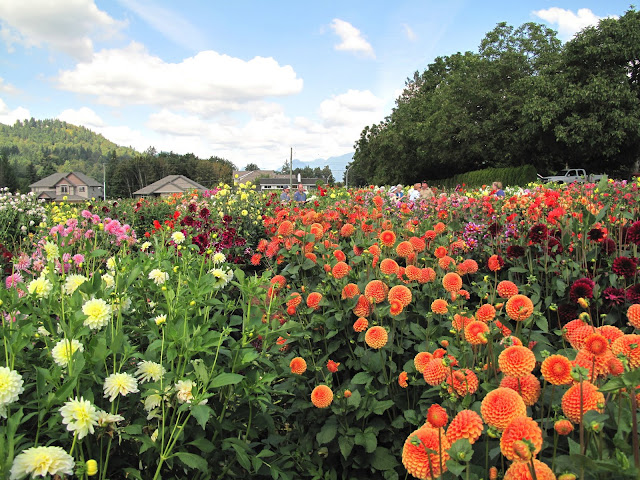 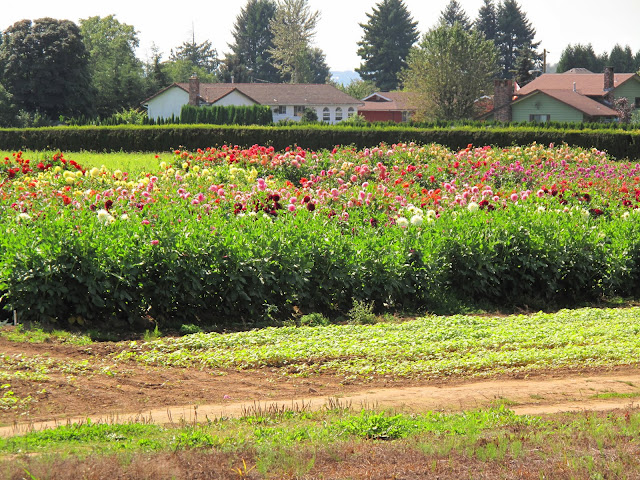 They also grow peonies, which is what that dead looking foliage is in the field below 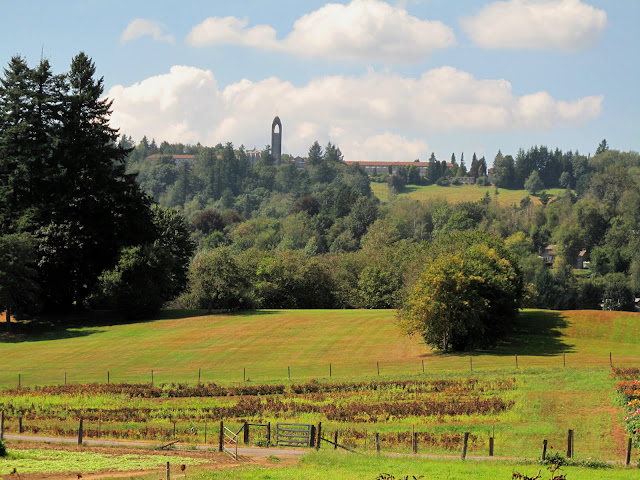 And here's a few of the dahlias that we liked.
April Heather 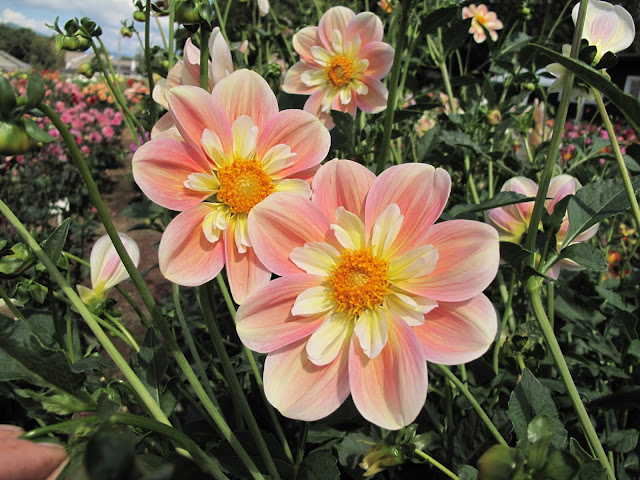 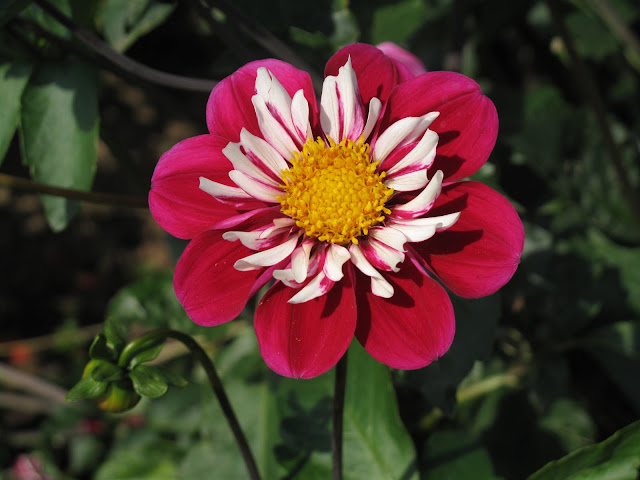 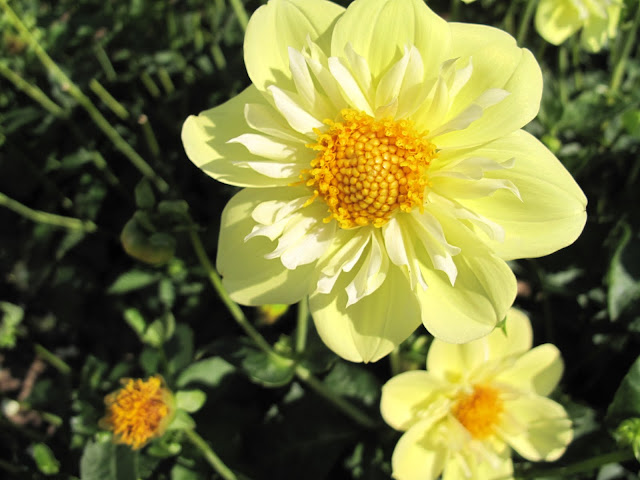 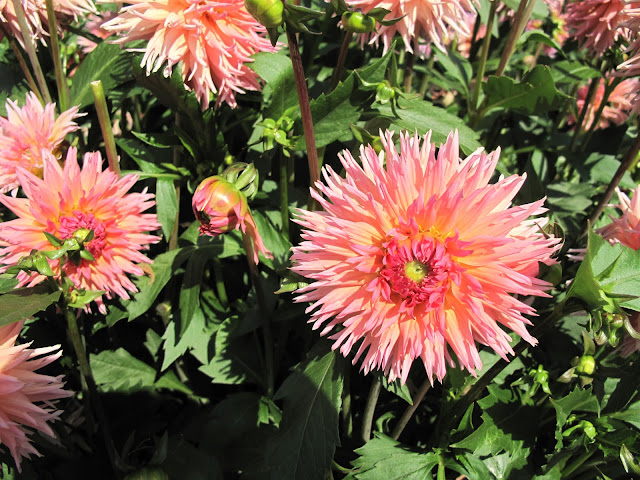 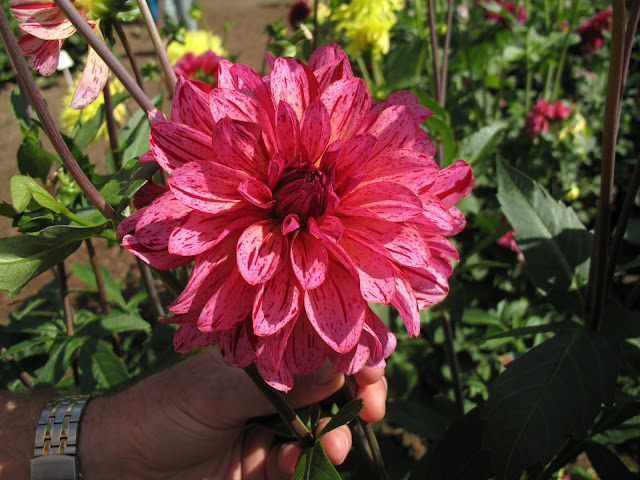 This one was so intense, and against it's dark green foliage...striking!
Ferncliff Lemon Kiss 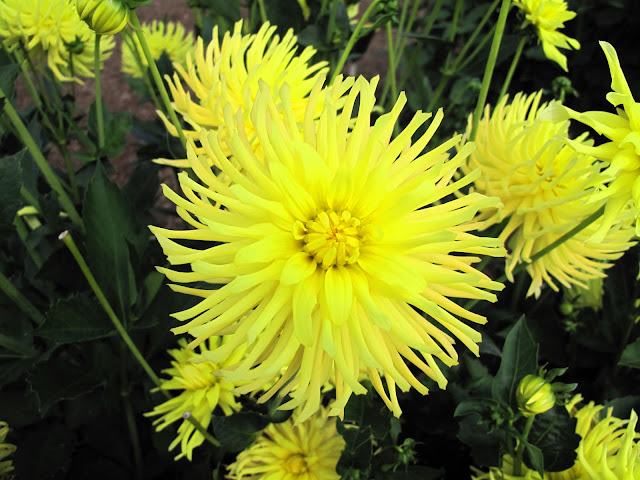 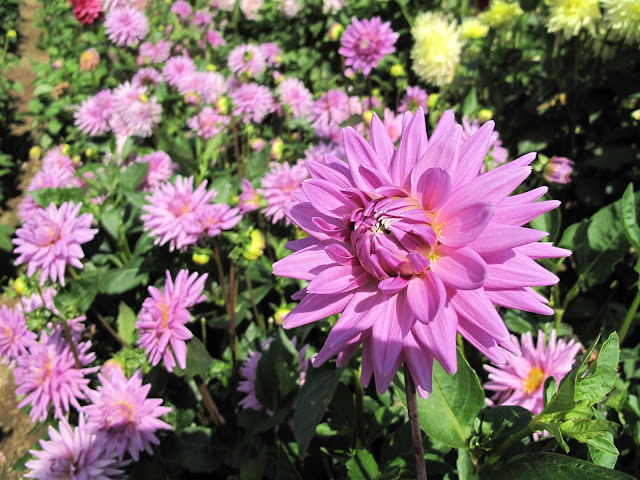 And the one with the best name.....although it really doesn't sound appealing.
Dog's Breakfast! 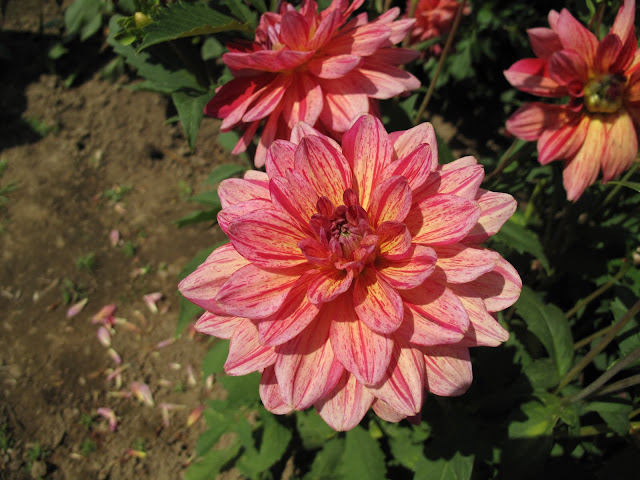