It was a pretty good day today at the trial.  Jake had three clear or qualifying rounds (Q's) out of five runs.  He wasn't particularily fast, but 2 Standard Q's and one in Steeplechase.  A 5 fault refusal in Jumpers, and then in Snooker he gave me 'the paw' and said to heck with you lady, I'm taking this tunnel mouth whether you like it or not.  Tweeeeet, and that was the end of our run.
Larry went in his first steeplechase the Luna, and had a bit of trouble with the weaves, and ended up 3 seconds over time.  He did get a Q in gamblers.  It wasn't a pretty run, but pretty doesn't matter in Gamblers.  Luna starts barking at Larry when he gets a bit befuddled and doesn't know where he is going fast enough for her liking.
Here's a few people walking the gamblers course in the Master's ring. 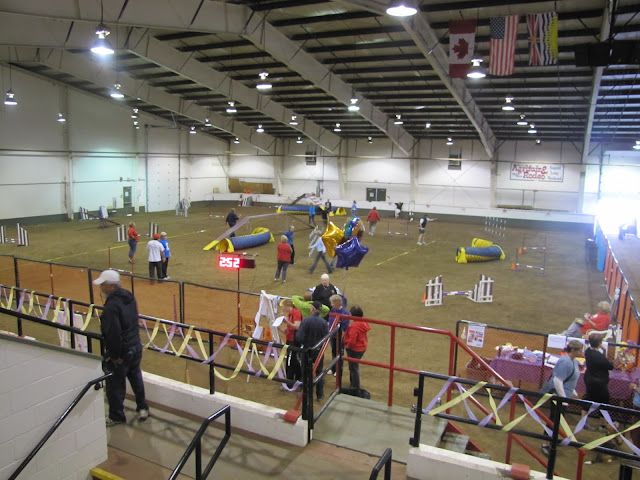 We had cake! mmmmmm 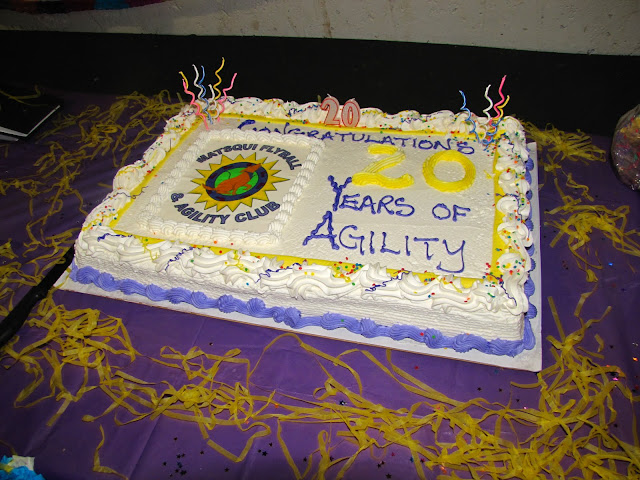 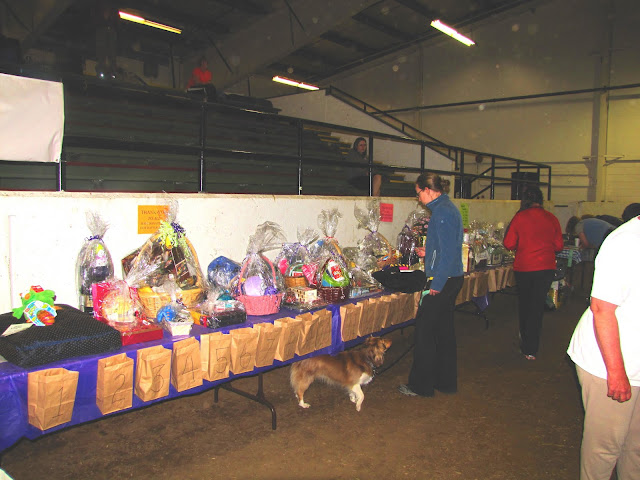 I won two raffle prizes.  One of them had a small Furminator comb with it.  I tried it on Calli tonight.  Oh. My. Gawd.  The whole front patio was covered in clumps of hair.  It was pretty impressive, and Calli seemed to enjoy it.  It was cute, Jake kept coming over and nibbling on her neck, maybe he was telling her she looked pretty sweet!
A whole bunch of us went out for supper.  Larry and I were the first to head home, and it had just started to rain, after being a beautiful sunny Fall day.  We ran out of daylight, so there we were, picking flowers for the market tomorrow by flashlight, in the rain.  Yuk:(
It sounds like it might be a miserable day tomorrow.  Another Yuk:(
We are both heading to the market, and then part way through the morning I am going to head back to the trial.  Larry will come later.
Posted by Karen at 11:38 PM