Some of you may have already figured that out, but we have just come back from a week in Oliver in the Okanagan.  A great trip as usual.  It's a four hour drive.  Usually we have to stop at least once for a pit stop, at the pit toilets in this case, and to give the dogs a chance for their own pit stop and leg stretch.  I think this was our nicest pit stop so far. Have I said 'pit stop' enough times yet?

This was at Bromley Rock.  It is a campsite/picnic area along the Similkameen River east of Princeton.  We have camped there a few times.  We are assuming that Bromley Rock is the hunk on the other side of the river.  It is a popular swimming spot in the summer, and braver, or maybe more foolish souls than I jump off that cliff.  The water was pretty icy still, so even the dogs weren't too interested in getting all wet.  Dogs aren't allowed down there in the summer, well actually it just says 'NO DOGS'.  Since it wasn't swimming season, there wasn't another soul around, we clean up after our dogs, and it was just too nice to resist, we took the dogs down there.  Or more like they took themselves down and asked me what I was waiting for. 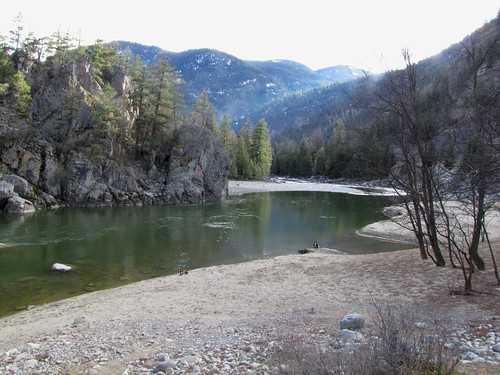 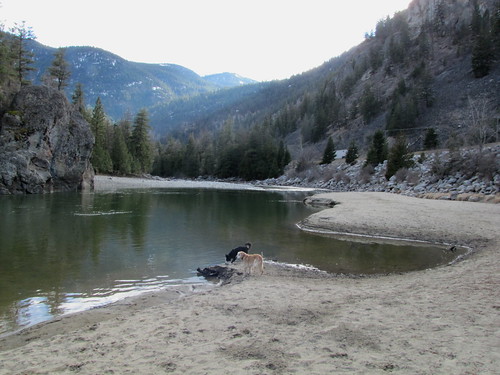 Looking at Larry coming down the hill after his visit to those pit things.  Calli has found herself a rock. 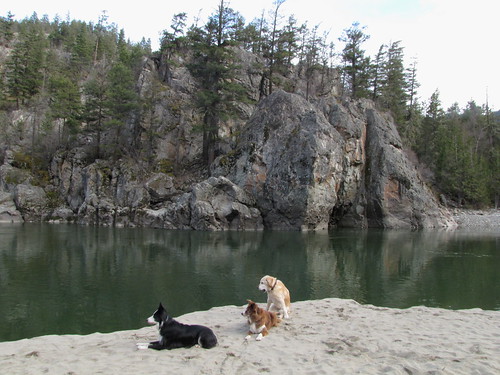 He came down and got the kids running.  Too bad it was out of focus, I love it when I capture one of them in that greyhound/jackrabbit position. 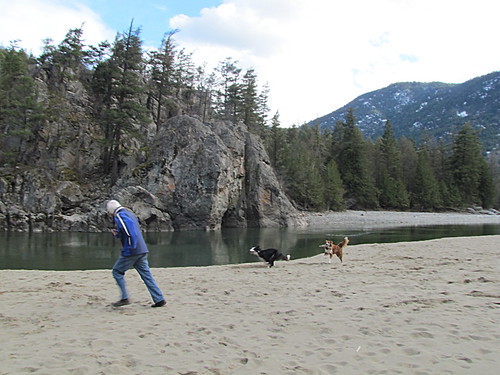 Luna, like the typical bratty younger sister, has stolen Jake's stick.  When she carries it like that, it always makes me think of a kid running with scissors. 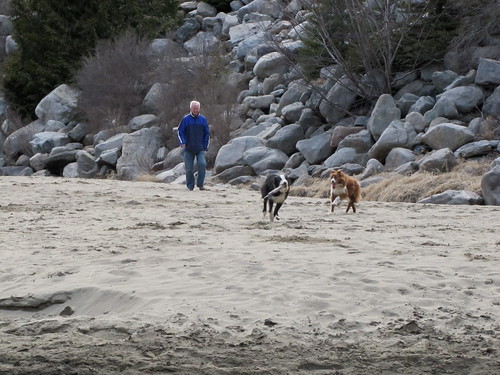 If you want to read about the fun we had at Bromley Rock campsite a couple of years ago, you can find it here.
Posted by Karen at 9:40 AM