The last Oliver post from our last trip....
Every morning we have to take the dogs for a walk, and since we don't have a bush walk on our own property, we have to go somewhere else.  This particular beautiful morning we decided to see if Calli could make it up to the water tower.  It was mostly uphill from our place, and while she does well on the flat in her cart (doggy wheelchair), it's a pretty tough go for her if it's uphill.  We have the leash fastened to the frame of the cart so we can pull her if we need to.  The first part was on the pavement, with a couple of steep bits, and then when we got to the actual mountain, it was a short dirt road that zig zagged to the water tower.  She did surprisingly well, mostly under her own steam, and we took her out of the cart to wander round when we got to the top of the road. 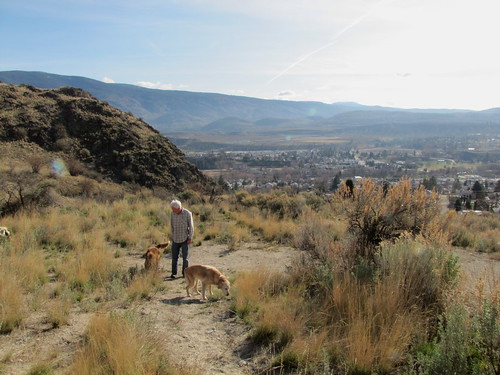 Off to the east there was some sort of fire burning, you can see the haze between the hills. 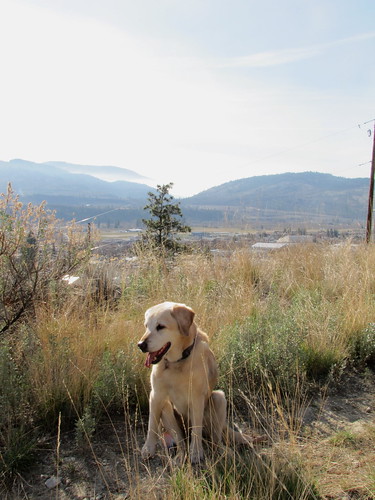 Off to the west though, looking further up the mountain, it was nothing but blue sky and fluffy white clouds.  I find the exposed rock fascinating, probably because I'm used to looking at hills and mountains cloaked in trees. 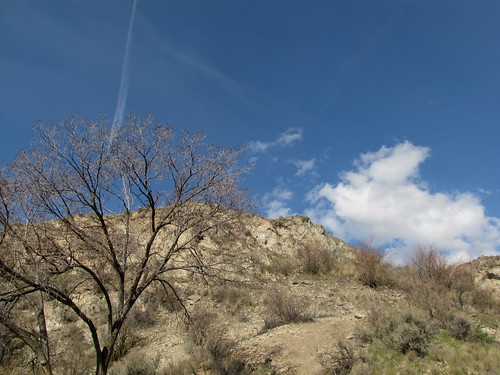 I jokingly said to Larry that he should go to the top so he could be silhouetted against the sky.
I was shocked when he started climbing!
The photo is deceiving, but it was steep enough in a lot of parts that he was using his hands to help him climb. 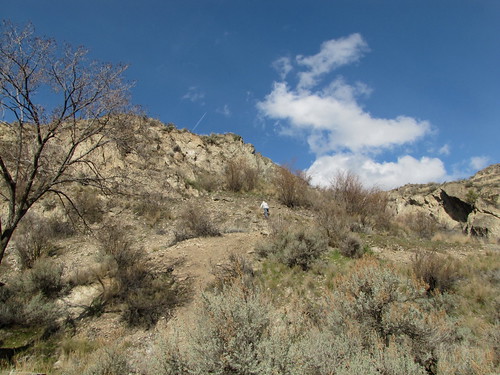 Luna went part way up and then came back when she realized that the rest of us weren't coming as well.  She watched Larry, and when he disappeared around the last rock face, she decided she had better see where he was going.  She's the black blob in the same spot Larry was in the previous picture. 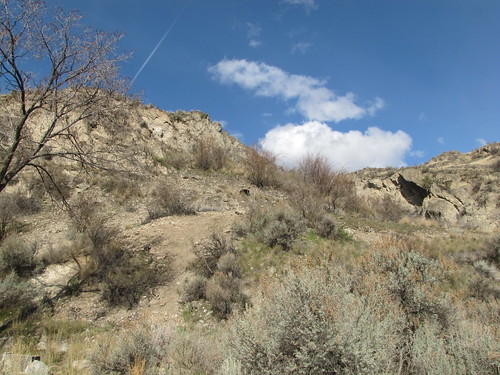 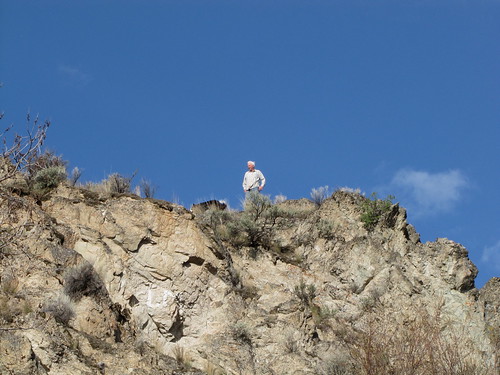 I guess I needed to be on the opposite side from the sun for them to be silhouetted:) 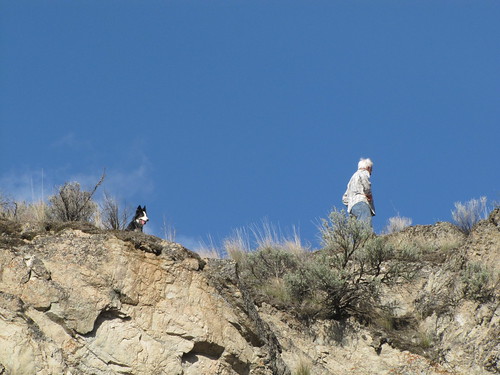 When they came back down, Larry took a different route, and was off to the right, out of the picture.  Luna came down the same way she went up.  Then she stopped. 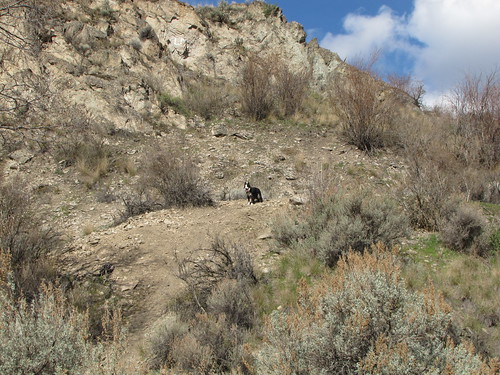 Jake and Calli stood and watched (you can see how Calli's back end is sinking, it does that when she is tired or has stood in one spot for a while.  Her left foot is knuckled over.) 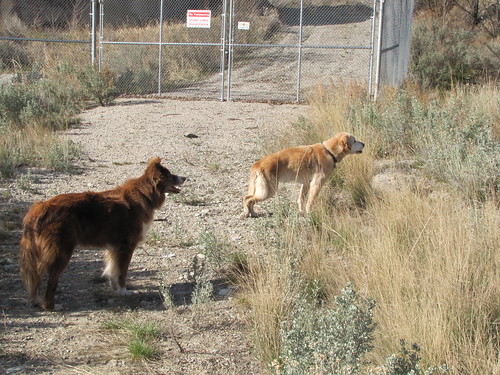 I said 'where's Larry?' and that was Jake's cue to head up and look for himself.  He made it as far as Luna. 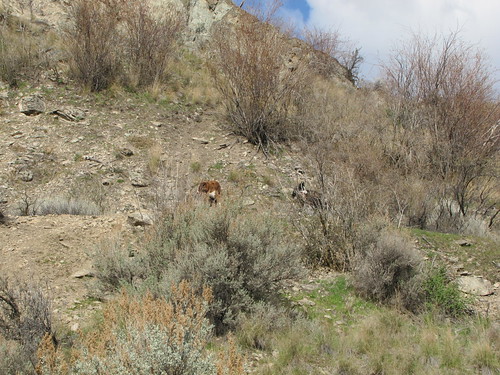 And then he came back down, because he had found a stick, and to heck with Larry..... 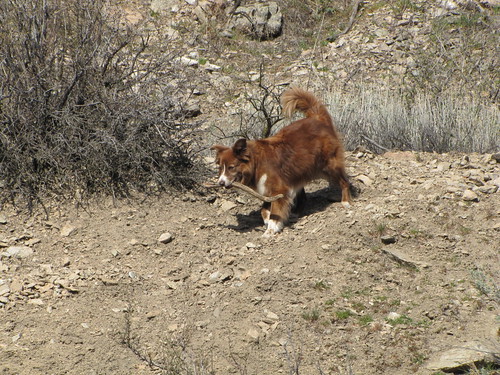 And Luna, well she didn't move, and when I called her, she took one very tentative step.  And that's when I realized that she had a piece of cactus stuck to her foot, and she wasn't going anywhere, so I had to climb up there and rescue her.

It's been a very dry year so far at Oliver.  Less than 1 1/4 inches of rain since the beginning of the year, and nothing yet this month.  I don't have much hope for that grass seed we planted.
Posted by Karen at 9:44 PM