Say Goodbye to the Sunshine

Well we've had a really great five days of sunshine, blue skies, ground with no mud, and a little bit of snow that has just about all disappeared.  Tomorrow afternoon  we are predicted to get some more snow, which will be fun when it first comes and then when it rains it will just turn into a slushy mess.
This afternoon Larry took Calli for a slow walk around the block.  She's been having a bit of trouble since last week when we met Jeff and Pippin for a walk on the dyke.  Her back end will give out on her every once in a while.  Larry said it only gave way a couple of times on the walk, so that is better than it was.  Since it was back to agility for the collies tonight, they didn't need to go.  Not that they wouldn't have wanted to of course.  I was playing around at pruning the pear tree, but said to heck with that and we went out in the hayfield and played frisbee and soccer. 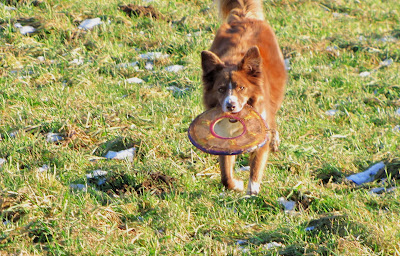 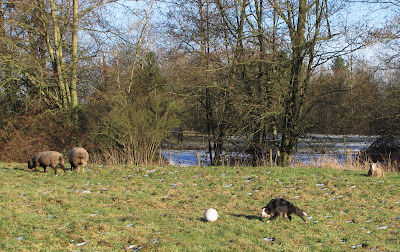 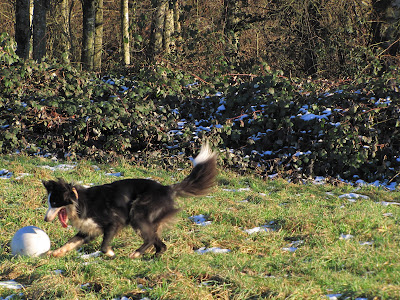 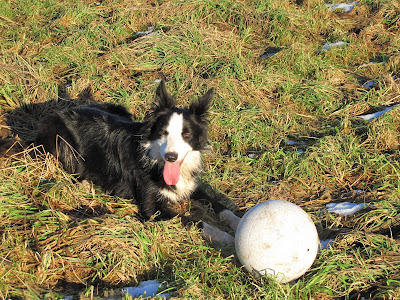 The chickens enjoyed the sun 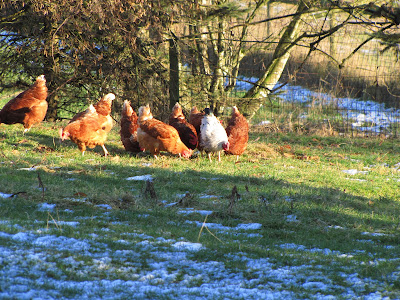 And Jake thought it was great that there was a whole pile of sticks just for him to play fetch with. 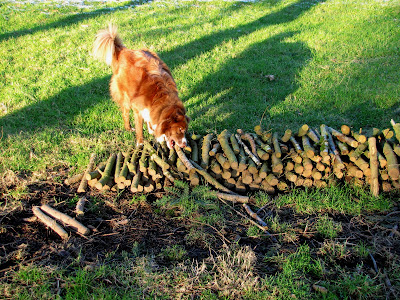 Here's that young rooster, the one that hatched last summer.
He's very pretty, but keeps going into the field where the other rooster is. 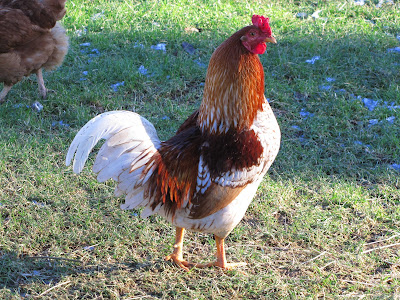 The other rooster is much smaller, and came out the loser of their fight of a few days ago.  Time for the big rooster to go. 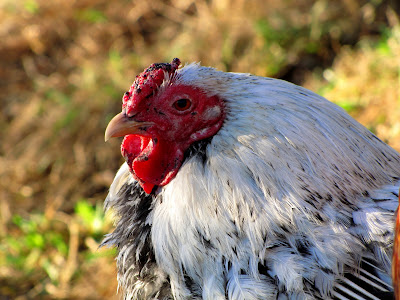 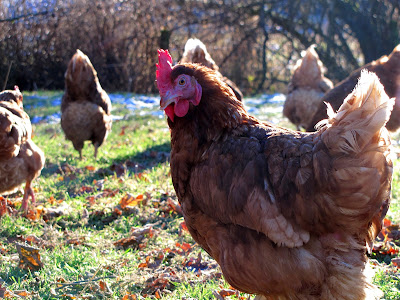 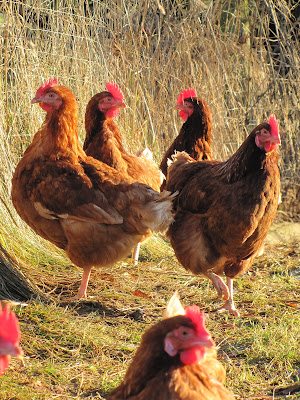 And down in the vegetable garden, which is in the shade of the trees at this time of the year, it is all cold and frozen and like a whole other world. 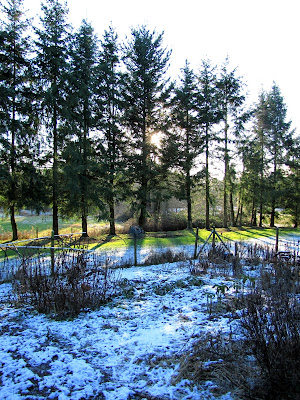 We planted those Douglas Firs when we moved here.  They were only about 3 ft high.  I guess we've been here a long time!
And that other New Year's resolution I was going to tell you about in a week or two...
Well I'm kind of excited about it, so I'll spill the beans.
I'm doing a 365 day photo project of something here at the farm.
Then I challenged Meredith to do one too, as she is thinking about upgrading to a better camera.
You can find our photos here:
http://365wyndsonfarm.blogspot.com/
http://ofrosesandrain.blogspot.com/
Posted by Karen at 11:36 PM