The Right Tool for the Job

When you live on a farm and have animals, well you have to have fences.  In our lifetimes Larry and I have pounded in more fence posts than we care to remember.  And then sometimes you decide at a later point that it would be really handy to have a gate in that fence.  So I decided that a gate from the alleyway into the orchard garden would make life so much simpler.   This morning I decided to make a start on it, because I wanted to wheel some mulch (partially rotted horse manure and shavings) and put it where the rhubarb is planted, and hill up the blueberry bushes some more.  There is a gate at the bottom end of the field, but having to push the wheel barrow down to that gate, and then up the bumpy field was far too much work.  I thought about using the tractor while the ground was still frozen. In the garden there was a frozen crust but it was still soft underneath, so the tractor would probably get stuck, since it's not four wheel drive.
As it happened, there was a perfect spot to make the gate.  See that angled pole.  Well the fence used to end there, and that wood fence that the canoe is leaning on used to be 50 or so feet closer to the camera.  Yes, sometimes you put a fence in, and then a few years down the road decide to move it.  Fun, fun, fun,.....not!   Anyway, that meant that the fence wire was joined there, so all I had to do was undo it and fold it back. 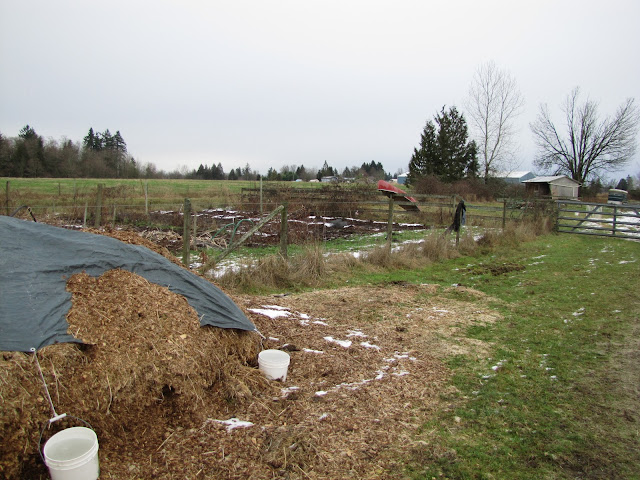 That required the perfect tool for the job.  Fence pliers are like one of those multi tools.  You can use them as a hammer, or to pull fence staples out, or to tighten fence wire, or cut wire, or anything else you can come up with.  We've had these for nearly thirty years.  They really are the perfect tool. 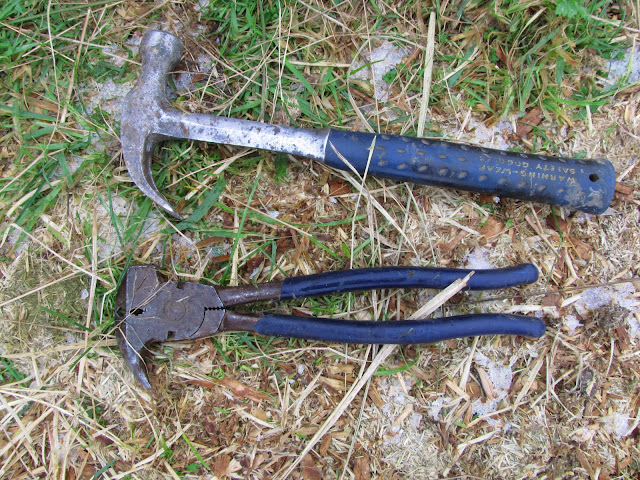 It's the fence staples over the grey wire that I need to get out. 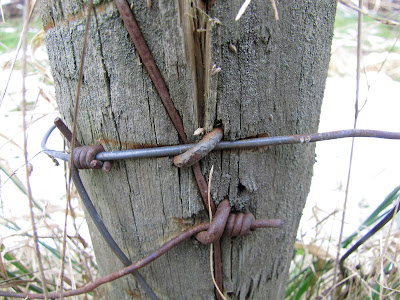 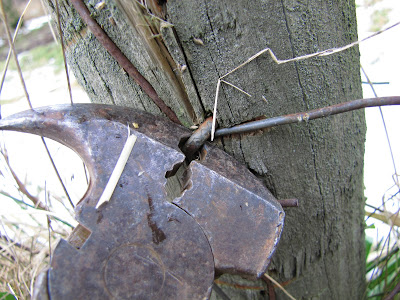 So once you've grabbed the staple you pull the handles towards the pointed side this time, rolling the curved top against the post, and it pulls the staple right out.  Works like a hot damn every time! 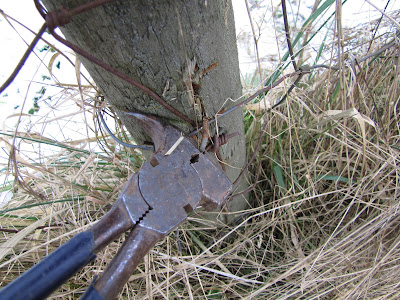 There's always one staple at the very bottom of the post that is buried in the grass, and is inevitably the one the most pounded into the post, and the hardest to get at. 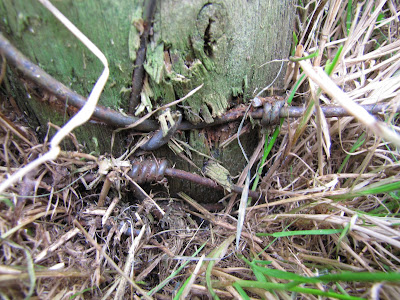 And always put your staples in a safe spot.  You don't want an animal stepping on one.  I thought this would be a good spot for the time being, but in the end I knocked one off and Larry was scrabbling in the grass to find it.  Pockets aren't a good idea, trust me.  I don't know how many times I've put them in my pocket, then put my hand in there and shoved one of the points up my fingernail.  Ouch!
And worse, when I was in my twenties and in the hospital having a patch of skin cancer removed from next to my eye, there was a girl in there having surgery because one of these fence staples had bounced out when she was hammering it in, and poked her in the eye.  They have deadly sharp points on the end. 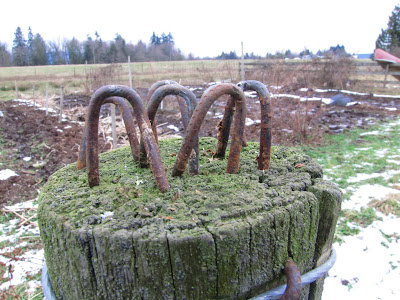 Behind us the winter sun tried to break through. 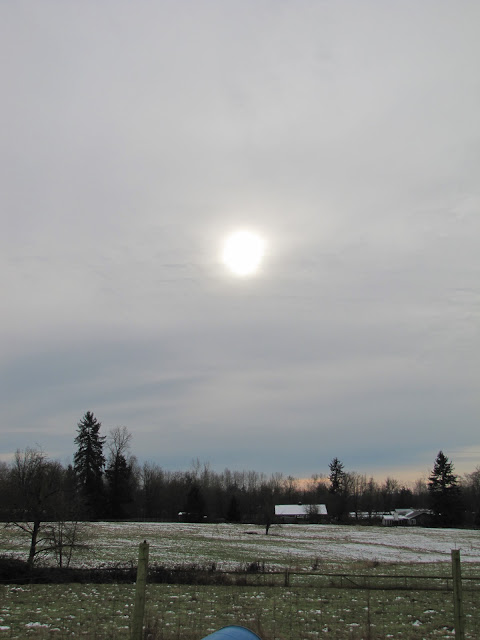 And the manure shoveled from here, 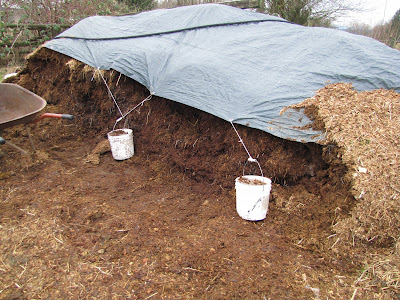 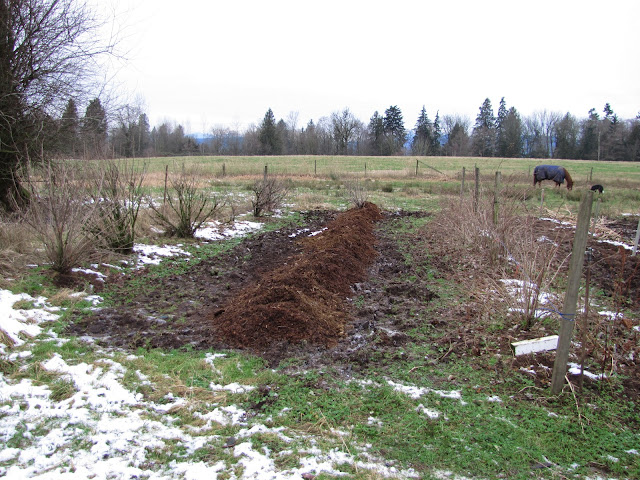 Have you noticed that just about every time that Pride is in the background, Luna is right there with him?
Pride is not impressed.
Posted by Karen at 11:19 PM