Baby, it's Wet Outside

Take 8 inches of snow, add some freezing rain, then a lot of rain, then mild temperatures, and you get a lot of this 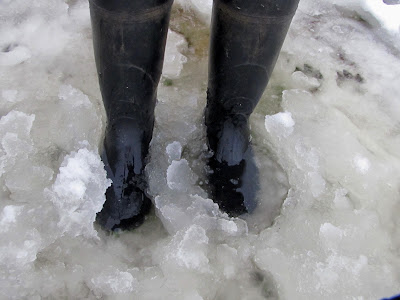 Pride is not impressed.  His grass is mostly covered in snow.
See the clouds of mist blowing along the ground behind him. It's just so wet out there. 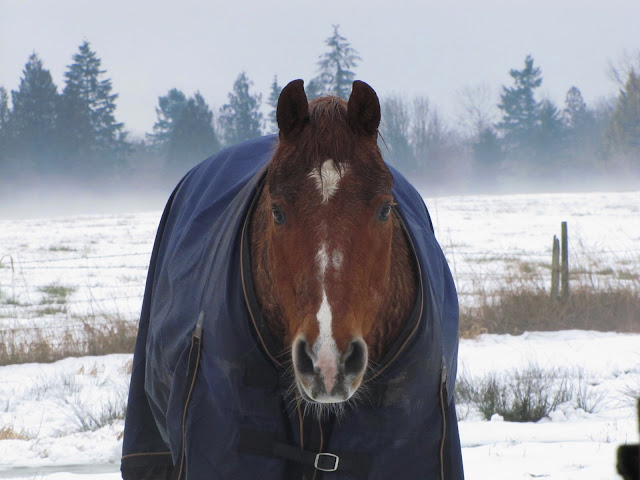 The chickens aren't impressed either.  They don't have a covered outside area, other than underneath the coop.  Today I took some hay out and made a path for them down to the trees were the snow was thinner and bare ground was starting to show through.
Here chick, chick, chick......
Which is mostly like clanging the dinner bell to them. 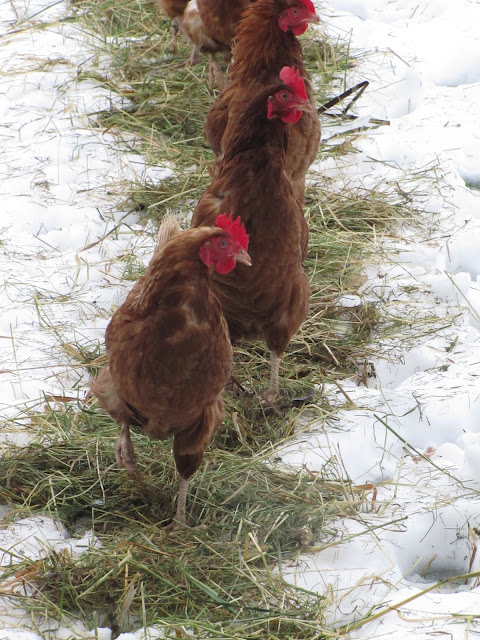 Clucking down the chicken trail 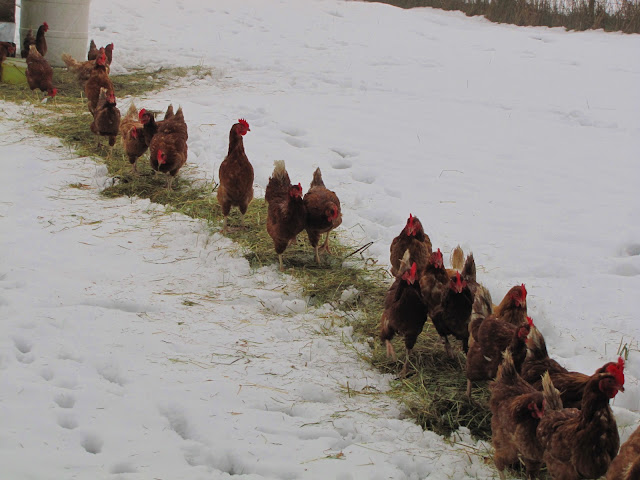 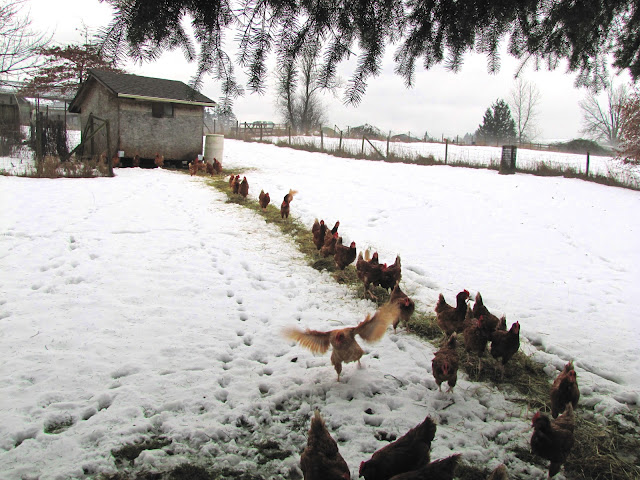 I tempted them with some more of the spaghetti squash.  We are sick of eating them, but nothing goes to waste around here. 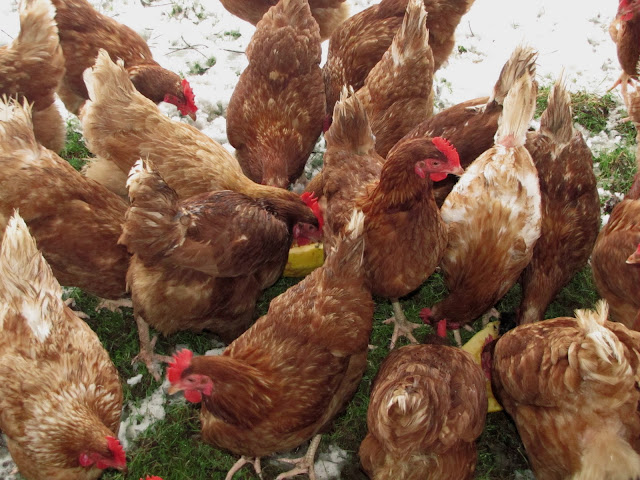 Luna keeps her eye on me.
Are we going, huh, I'm ready, are we going to the sheep, or maybe Pride or, or, or.. 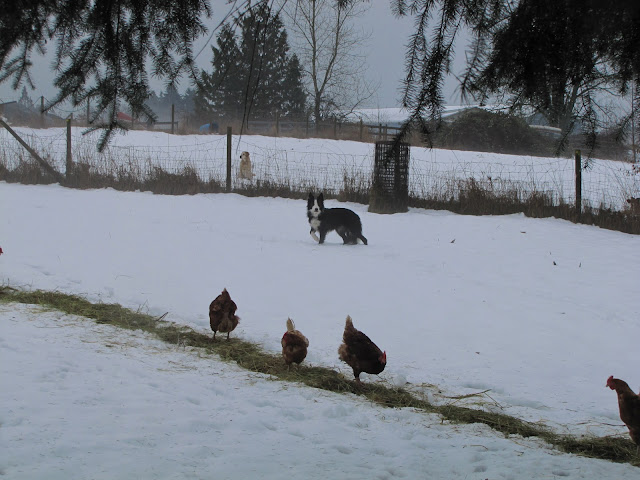 And hopefully the two bald eagles hanging around at our neighbours aren't keeping an eye on the chickens.
I've been hearing them for the last couple of days, and finally saw them today. This one was taken with 20x  zoom, so it's quite a ways off. 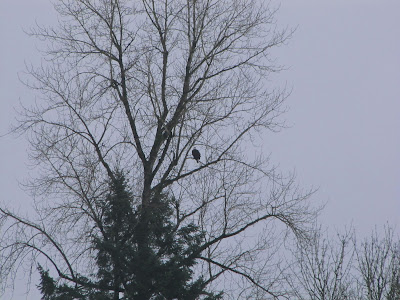 I'm wondering what is keeping them hanging around.  Maybe the next neighbour down, has a dead cow or calf.  Wouldn't surprise me.
Posted by Karen at 6:08 PM