A Start at Catching Up

I did take a picture last Sunday, Aug 28th, I swear, but it disappeared to the Oregon State Fair with David and his camera before I got it on the computer.  Not that you are missing anything.  I did fail on Aug 29th though.  It was late in the evening, again, and I just couldn't think of what to try and get a decent picture of, and I just said to h*ll with it.... The first day this year I haven't taken a photo, and hopefully the last.
Part of the reason was that we had been rushing around all day on Monday to get ourselves ready, the farm ready, and all the ripe blackberries picked, before we went away for three days, Tuesday to Thursday.  That post is yet to come.  We left here early Tuesday morning, and got back Thursday evening.  Friday was spent trying to catch up with the farmers market stuff, which translates to a million batches of jam to be made, as well as picking blackberries again.  Which in reality translates into 7 ice cream pails of blackberries, and four batches of jam.  And then, the raspberry jam had the nerve to not set.....  So anyway, we survived another market weekend.  I ended up doing two more batches of jam on Saturday afternoon.  Another raspberry, which was a success this time, and some strawberry rhubarb.  Of course on Sunday, we hardly sold any of that, and people were asking for the things I hadn't got made.....mango chutney, rhubarb, cherry..... etc.  There's probably about 20 different varieties that need to be done this week.

Since I had done the jam Saturday afternoon, I was extra tired in the evening, and I just could not get myself to go into the garage and make the bouquets up.  So that meant I had to get up at 5am and do them then.  I didn't do too badly, got 12 made before I had to pick the rest of the stuff and we rushed off at the last minute as usual.   I made the rest up while we were at the market.

After visiting with our mothers we met at Harvey's (Larry's brother) place and had a nice visit there with Larry's cousin Doug, and his wife Lynn, who are here from Australia for two months, doing quite the tour through Canada and the US.

And here we are on Labour Day.  I'd better make it live up to it's name today.  First off, we'll tour the blackberry patches and get those picked again.  We now have 30 buckets picked:) 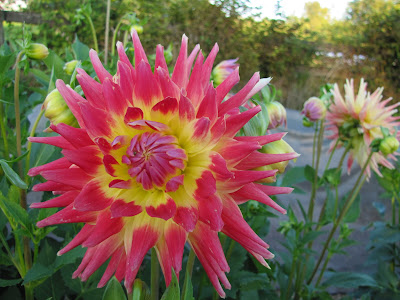 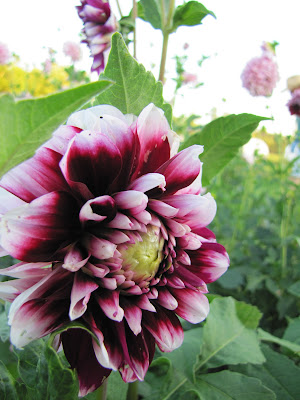 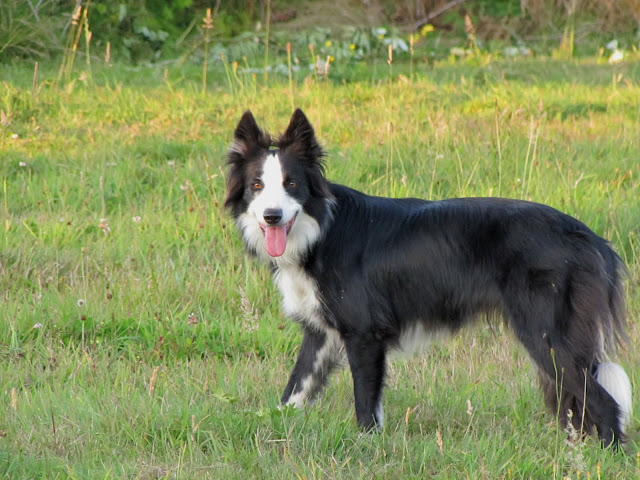 Saturday's photos
Earlier in the day I'd seen the mare and filly in the field next door.  By the time I'd finished what I was doing and got the camera they were at the far end of the field where even the 20x zoom wouldn't do much good.
Later, in the evening, they were in the part of the field below the garden where I was picking the last of the flowers. 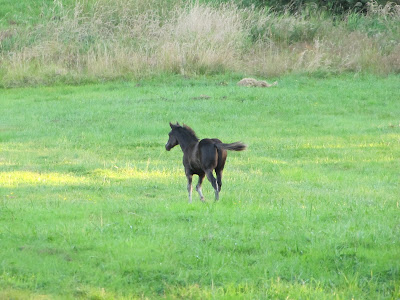 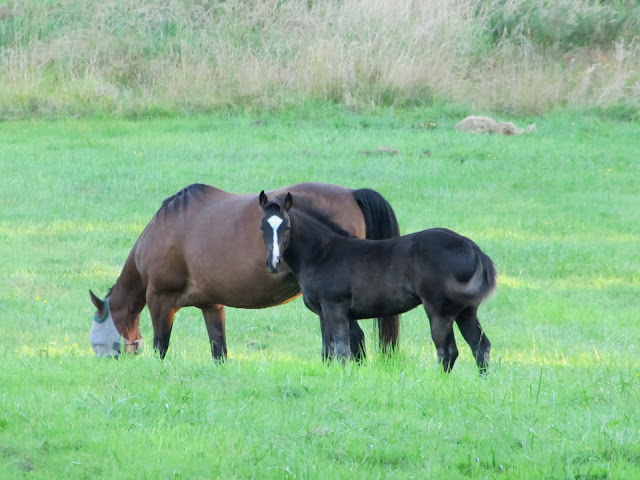 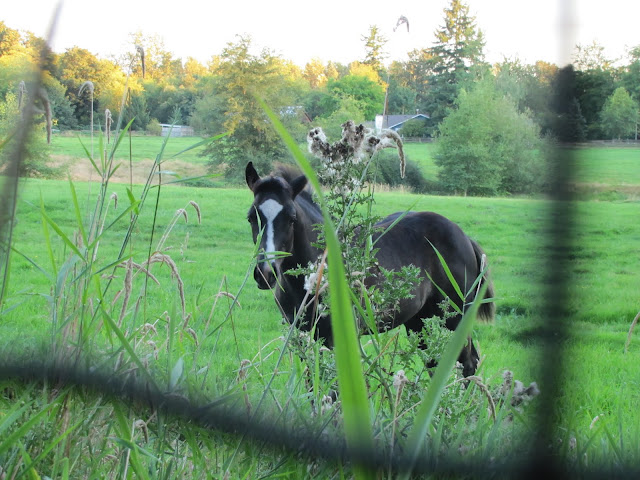 And Sunday....
Harvey has a peek-a-boo view of the ocean from the deck of his house.
This is cousin Doug and his wife Lynn.

(photo removed until I get their permission to post it) 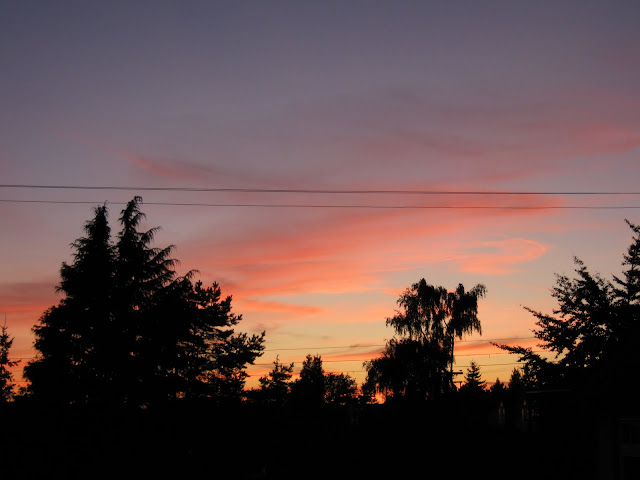 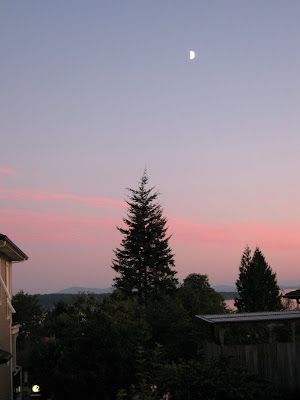