Spring Has Finally Sprung (We Hope)

Turned out to be a lovely day today, and there are four more coming!  Supposed to hit 24 C on Friday... I don't know if we can stand it.
The same pair of geese (an assumption on my part, as I've no way of verifying that) seem to nest every year right by an elementary school.  Right across from there is a property with a large man made pond right near the road.  The geese graze along the edge of the road and the school playing field, and then stop traffic by all trouping across the road for a swim.  Since they are in a school zone, the traffic is only supposed to be going 30 kmph, so I suppose that helps the geese survive the road crossing.
I could see seven goslings.  I wonder if that's how many hatched? 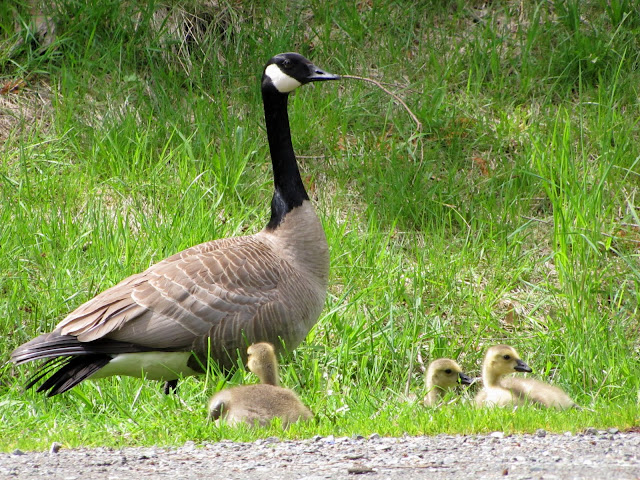 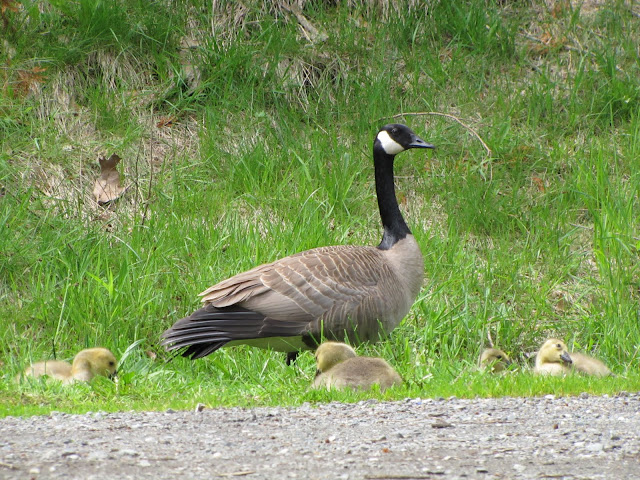 I was on my way to White Rock.  I got a call from the hospital this morning. My mother suffered a stroke last night, and was in emergency.  It affected her left side.
When I got there, she was in better shape than when I recieved the call.  Her mouth was no longer drooping, and she could move her left leg quite a bit.  Her left arm was still just a dead weight.  I was there quite a while, and heard the details of when she fell/passed out around 11pm, to her being admitted to the hospital just before 2am.  Of the long, exhausting, frustrating struggle to move herself enough to pull the phone off the side table by the cord, and the agony of trying to dial a number with one hand by the light of the tv.  Her lamp is on a timer, and had turned off automatically.  The denial she was having; how she didn't want to admit to herself that she might need to go to the hospital. The failed attempt to call us, and finally success at being able to dial 911.  The friendliness of the paramedics, who she was on the phone with the whole time, and had to direct them to where her spare key was, so they could unlock the door to get in.  How they turned on the siren as they were leaving her place, and what on earth WOULD the neighbours think?
I'm thinking positive, and expecting her prognosis to be good.  How it is going to affect her and her lifestyle remains to be seen.  How it is going to affect mine remains to be seen also.
Posted by Karen at 10:44 PM