The new hens have settled in quite well.  Since they were older when they arrived than the bunch we got at the beginning of March, they were quite willing to step outside into a brave new world right away.  They are still penned in just a portion of their field, but it won't be long before I open it right up. 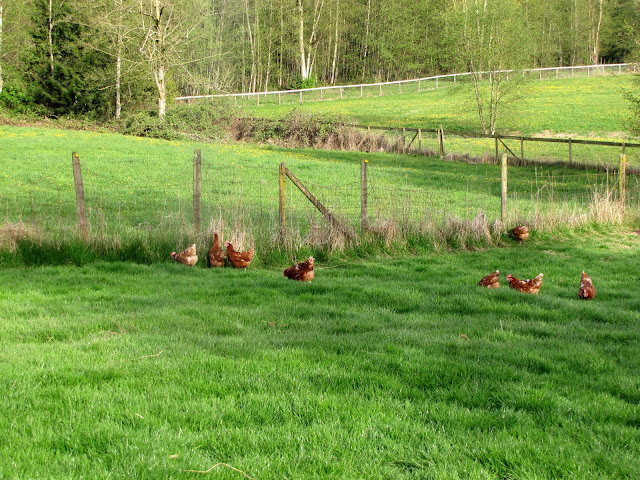 They are creating their own dust bath holes.  There's a whole line of them right under this gate.  Maybe they're plotting their escape into the garden, or maybe they just want us to twist our ankles when we got through there in the dark. 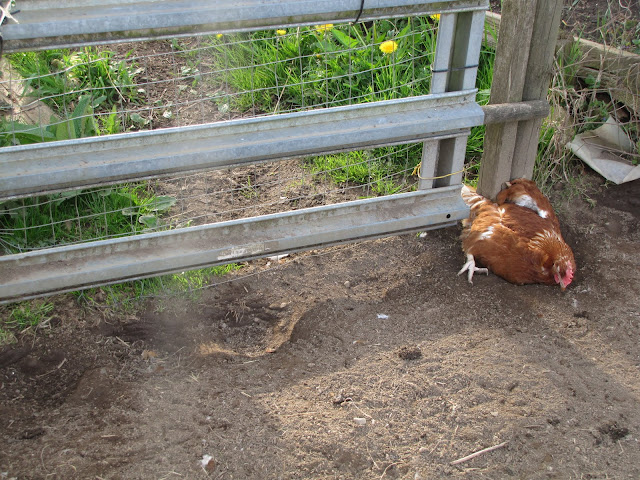 At least this one had picked a spot way off in the corner,  in a none ankle breaking spot. 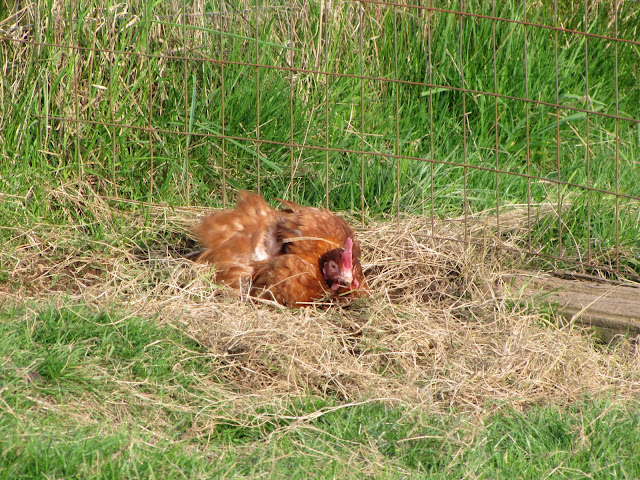 After the first few days of dropping eggs all over the coop floor, they have now got with the program, and are laying them in the nest boxes.  They figured that one out all on their own.  Good thing, because I don't know how I would have actually taught them to do it, other than 'baiting' the boxes with a few well placed eggs.   They haven't figured out how to get into two of the top boxes yet, but they will. 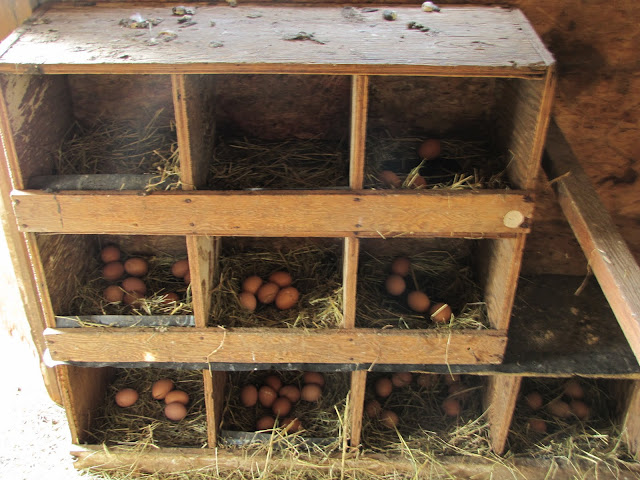 Well all but one hen have figured it out.  Every day there is one egg laid in the top of the oyster shell feeder that is outside the coop.  Can't you just picture that hen crossing her legs, waiting for us to open the door in the morning to let her out. 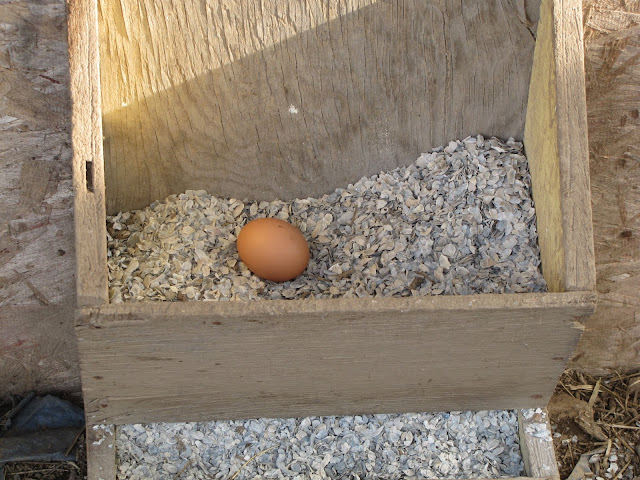 They are eating lots of grass, but aren't too sure about other foreign things.  I threw some apple pieces in the field the other day, but mostly they are untouched.
Luna wasn't going to let them go to waste. 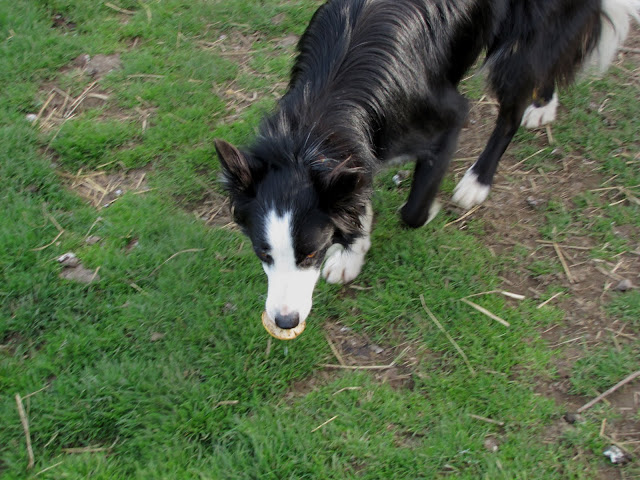 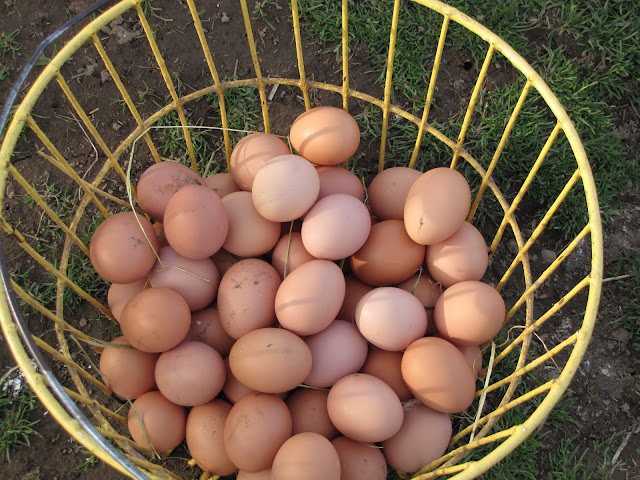 Waiting at the gate to head to the other coop. 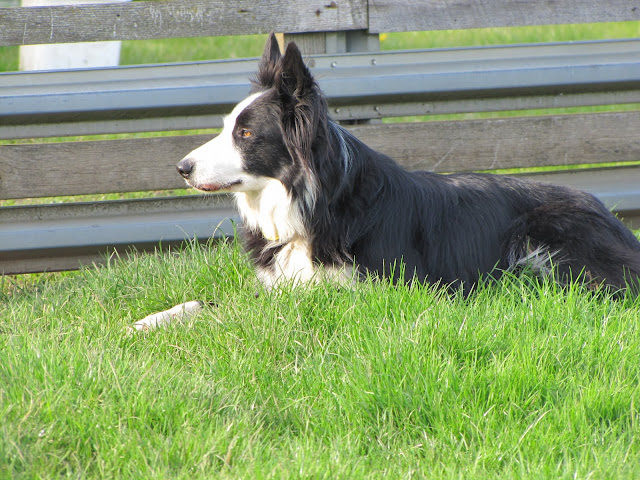 And at the other coop we got 44 eggs from 46 hens.
Plus that tiny little mini egg. 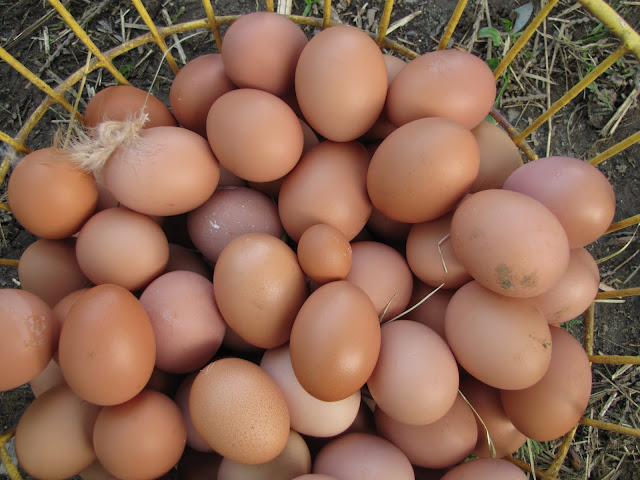 Good thing the Abbotsford Market is starting on Saturday.
We are being swamped with eggs.
Posted by Karen at 11:08 PM