Some Birthday Reminiscing and Exercise 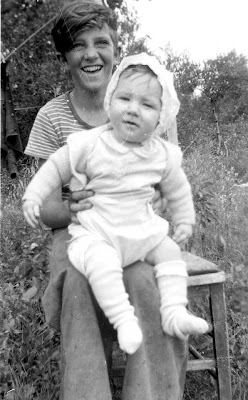 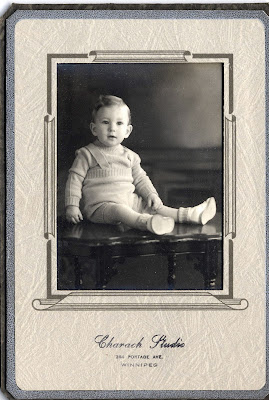 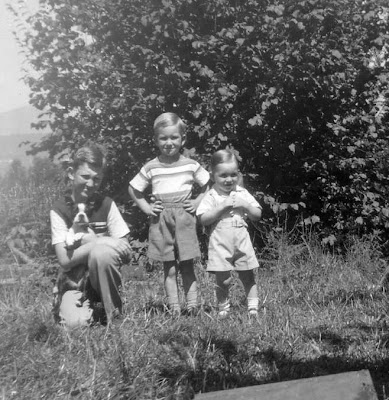 Mom and the four boys.  That's Larry standing in front 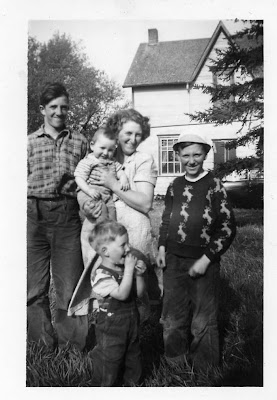 Elementary school in Cloverdale, maybe grade 2 or 3.  Larry is third from the left, front row. 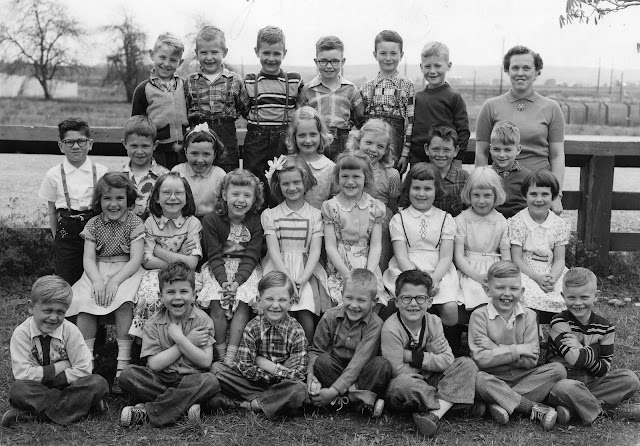 At the house on 64th Ave in Cloverdale, Larry's in the white t-shirt 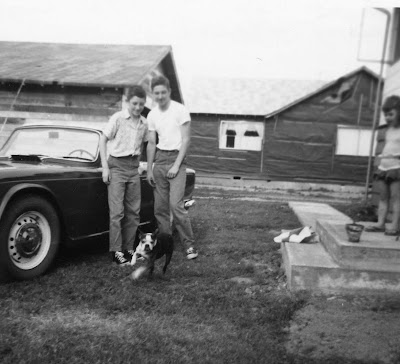 Grade nine
Second from the left, back row. 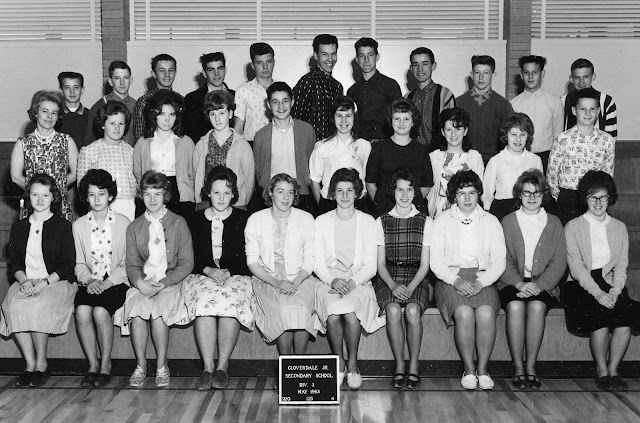 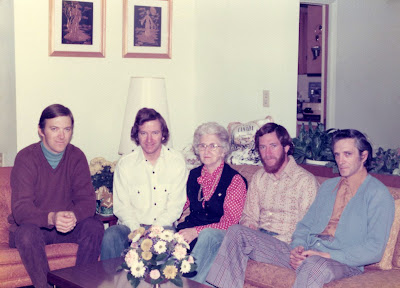 21 years ago, up the apple tree with David 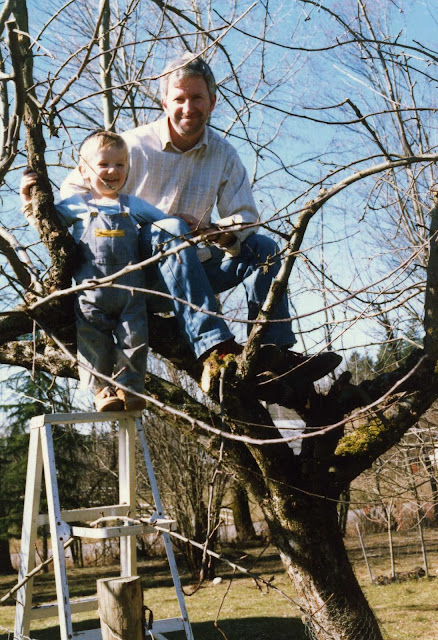 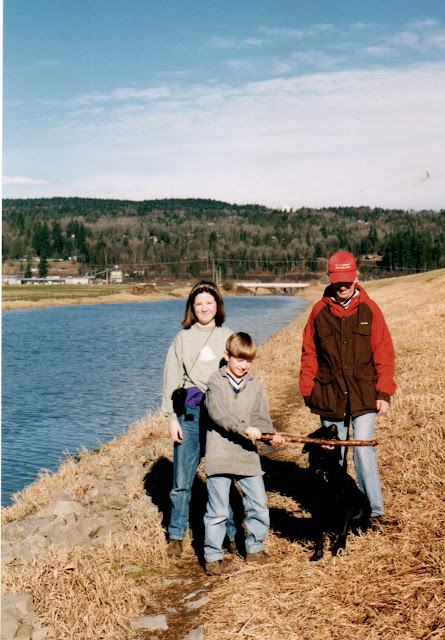 And so it seemed right that we should go down to the dyke again today.  The water levels are back down to normal.  Compare this picture to the one just below taken 3 1/2 weeks ago.  The water is at least 4 feet lower.  The swimming hole has changed a little bit. 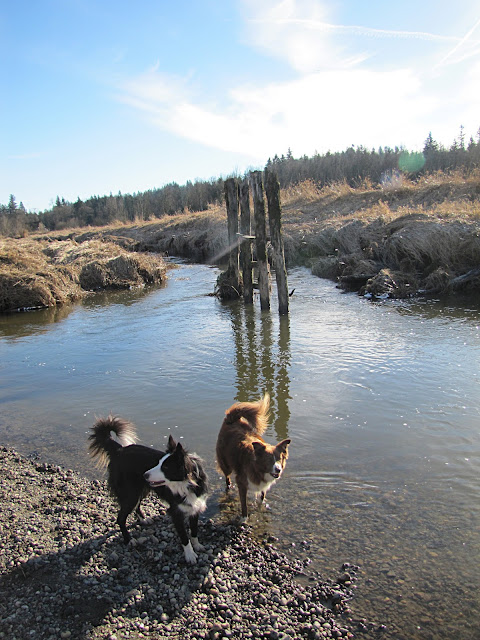 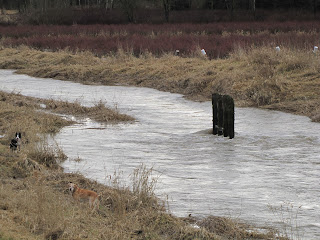 We do have this hunk of wood in the 50th birthday pictures somewhere.  We have a box of photos that I thought it was in, but couldn't find it.  I only found the one posted above.  It was another beautiful day though.  Before we were half the way through the walk I had my coat off.  Poor Larry, it was hard to look handsome, youthful and intelligent while squinting into the sun. 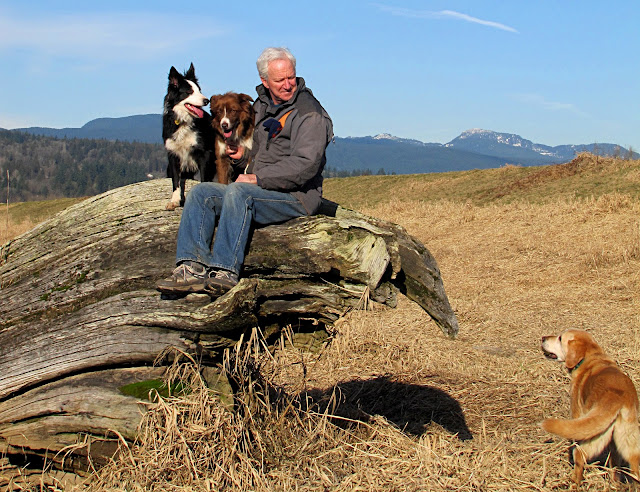 To heck with Larry, this was the best shot of Jake:) 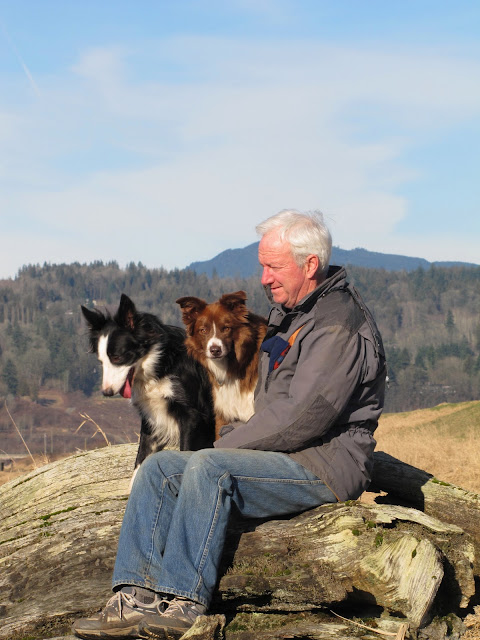 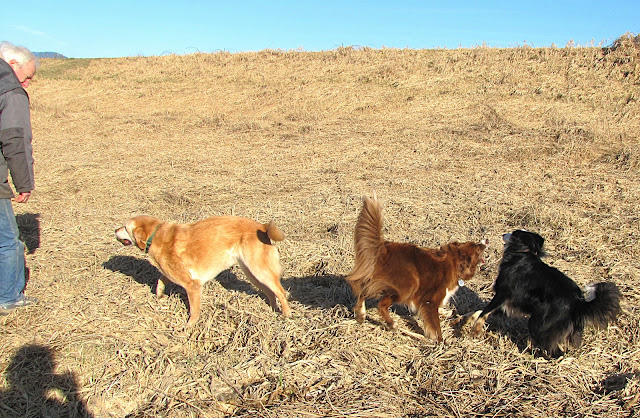 Let's get a move on there folks! 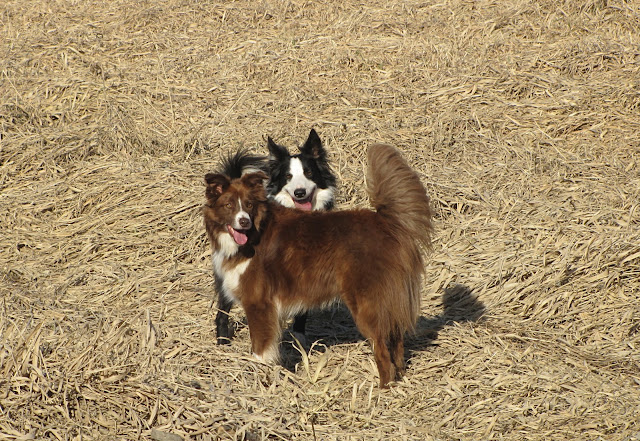 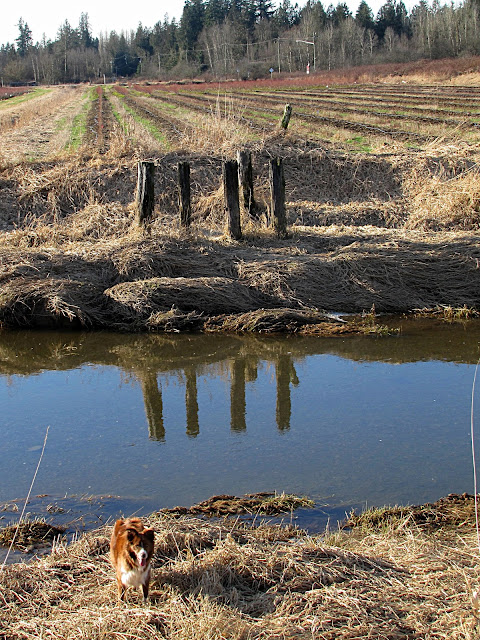 Being such a beautiful day, there were lots of other people and dogs down there.  The most impressive one was a husky mix called Eskimo.  Luna was actually relatively pleasant (Luna style) to this one. 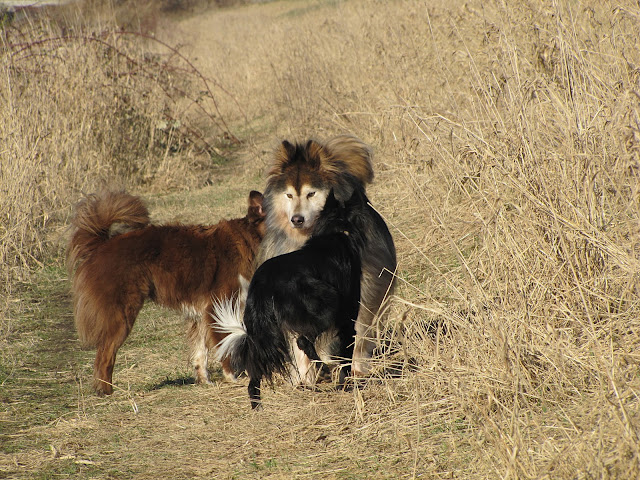 Jake wanted to play, but Eskimo was quite ancient, and didn't do much more than saunter along. 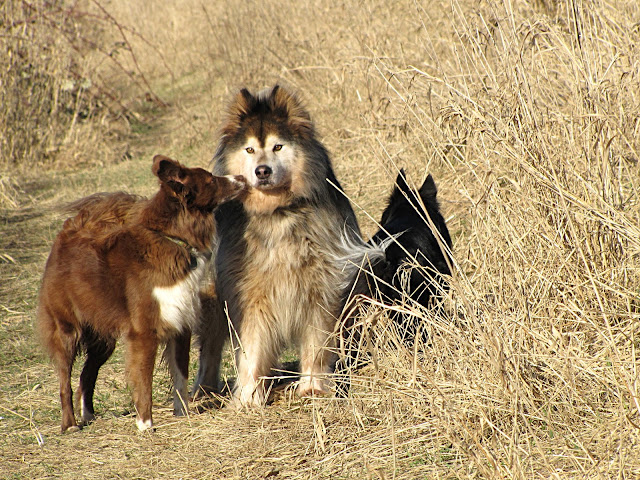 He would have been pretty impressive all brushed out, but there were some ugly big mats in his tail.  And speaking of tail, some dogs figured they'd better check under it. 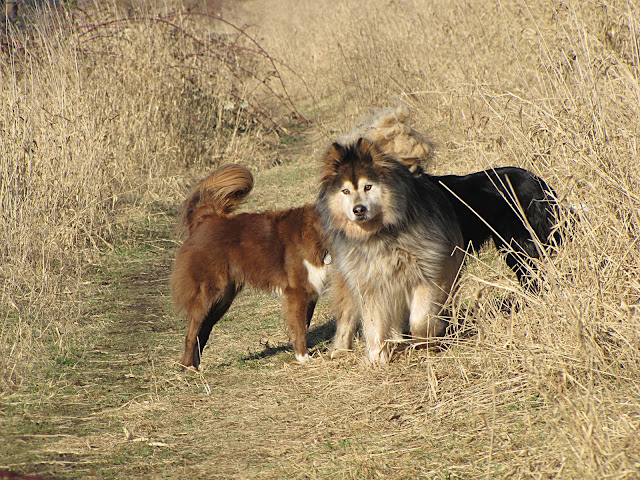 If you're going to be another year older, it might as well be on a beautiful day like this one. 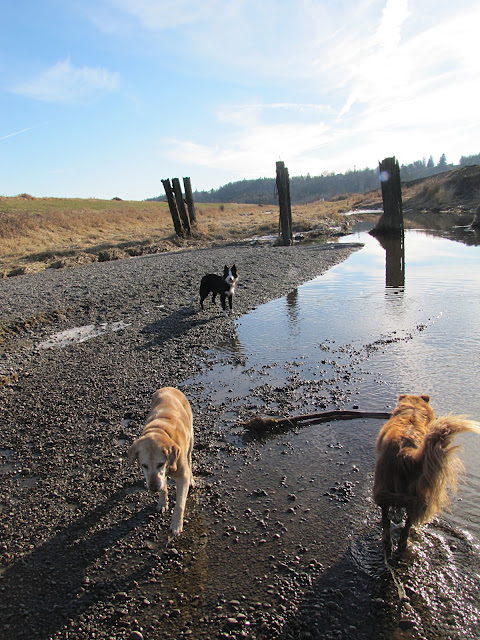