The last few days have given us some decent weather, but today was supposed to be cloudy, the last dry day before the next weather system came in.
We got a real bonus though. It was lovely and sunny, a day where eagles flirted with jet planes. 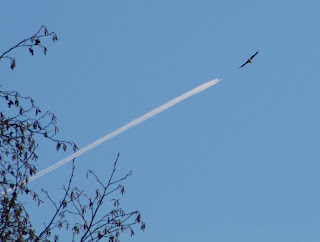 A day when one man's many hours of fruit tree pruning is coming to it's final conclusion. 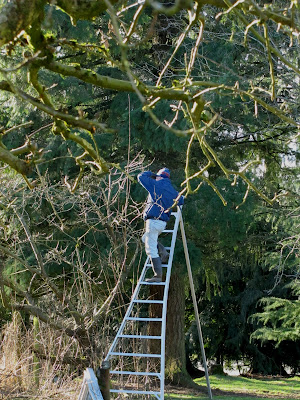 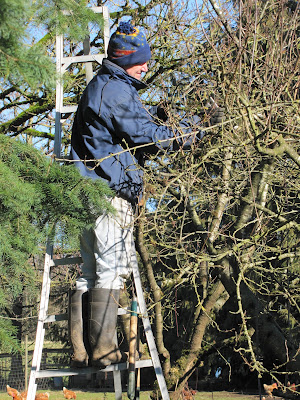 A nice dry day to gather up all the branches under the trees and light the fire.
Where's the marshmallows?
See that building across the road.  That's where we've been going to practice agility for the last few weeks while our regular building is taken over by BMX racing.
Couldn't be much handier. 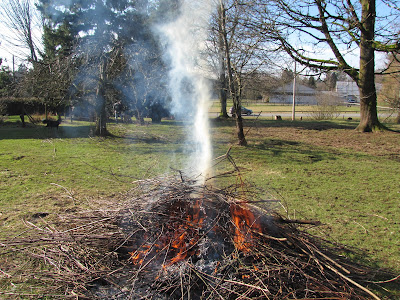 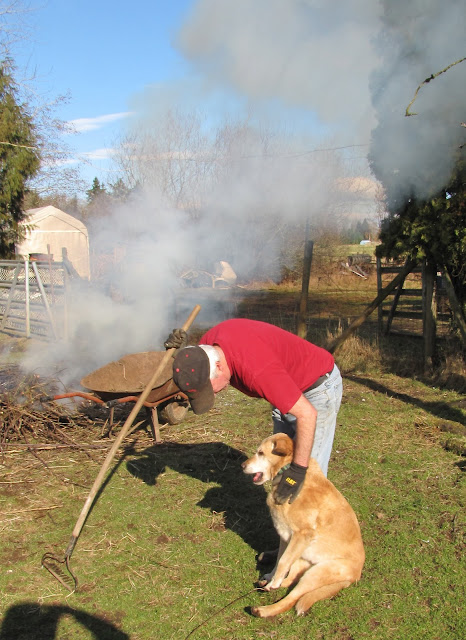 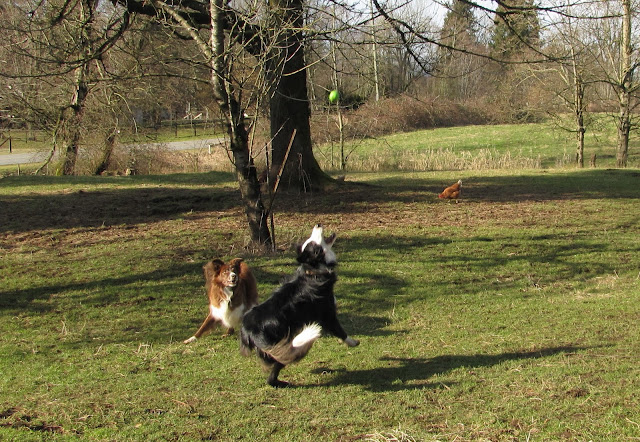 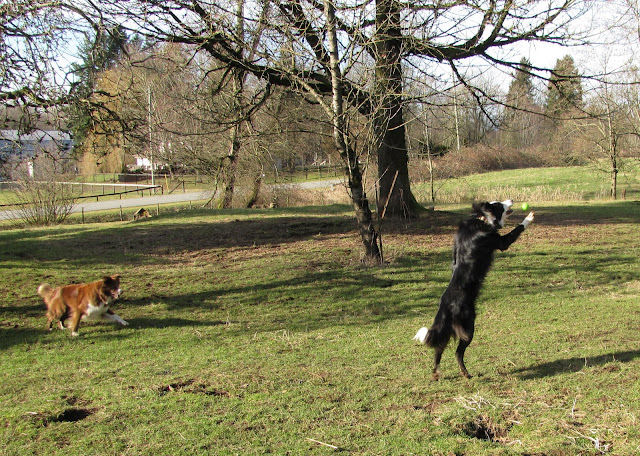 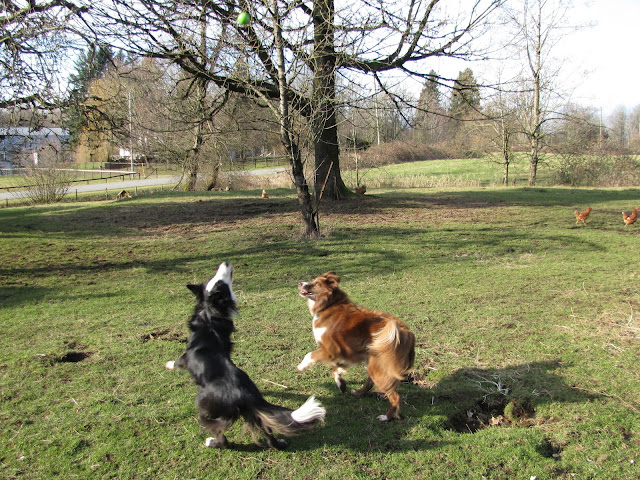 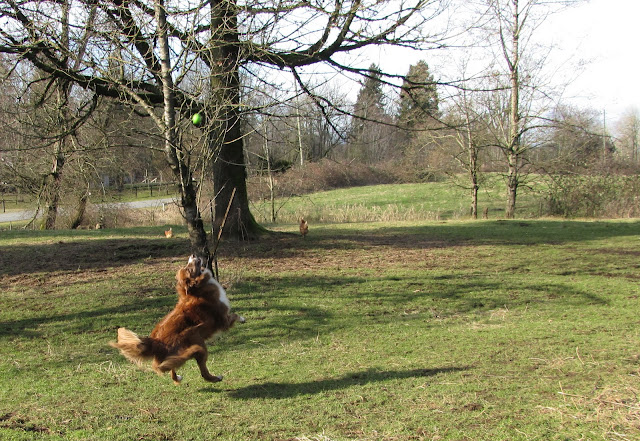 And then begs for the ball to be thrown some more 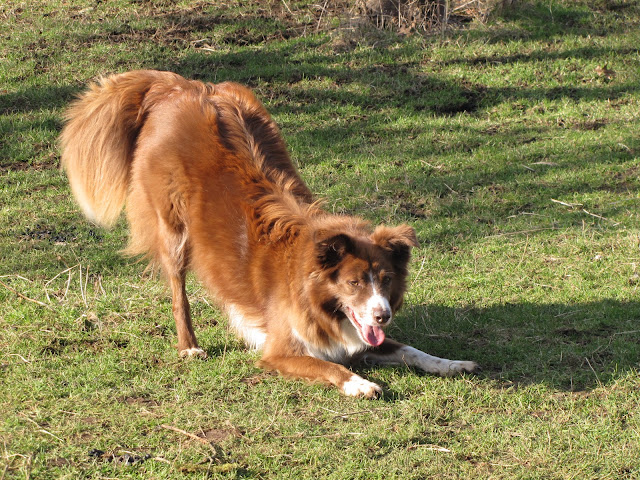 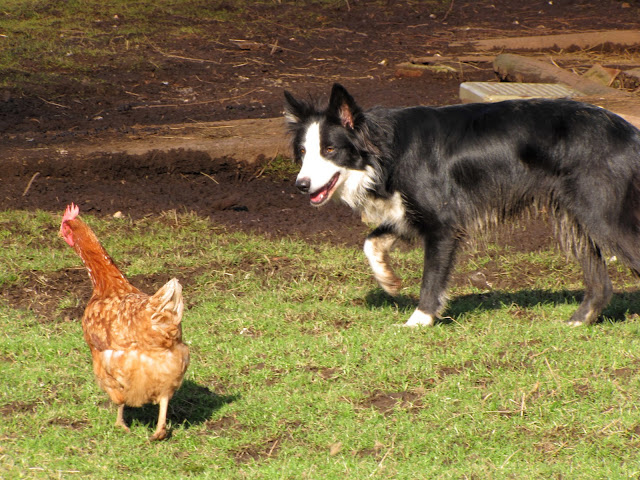 And a day when goofy Calli has to settle for half a brick when she can't find a rock. 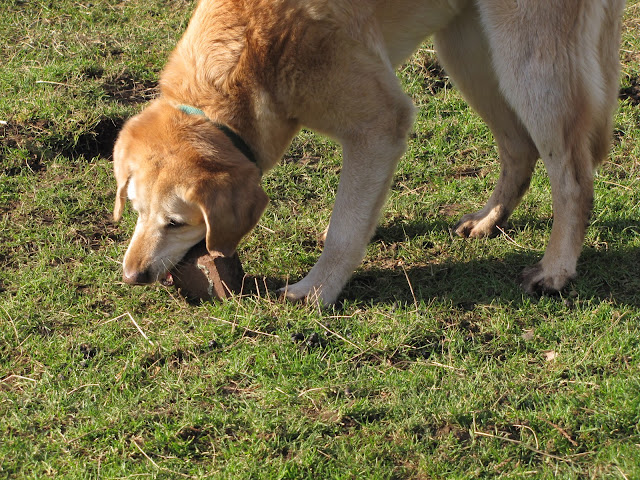 There are so many things around here that need to be done.  Larry's job of choice just lately was to go out and work on the pruning.  It's one of those jobs that you don't have to think too hard about.  You just pick up a few tools, move the ladder to the right spot, and work as long as you want.  When you've had enough, you carry the pruning tools back to the house, and then go back out and do some more when you feel like it.  Much, much simpler than some of the other jobs that need doing.
I'm interested to see what he's going to pick to work on next.
I'm working on my own simple job.  It's no where near done yet.  The rate I'm going, it will probably be the end of the month before I'm finished.
Posted by Karen at 11:44 PM