Feeding Time at the Farm

Yesterday the chickens had chicken.... for breakfast.  Are we making cannibals out of them?
Well not quite. 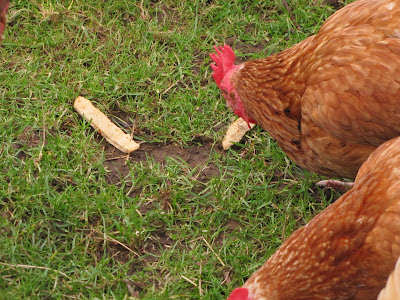 When I visit my 81 year old mother, she often hands me a bag of goodies for the chickens.  All her bread crusts, leftovers she didn't like, anything edible she doesn't want that doesn't go in her compost, all gets added to a bag in her freezer.  When it's full enough she gives it to me to bring home for the chickens.
And if you didn't already know, well chickens eat just about anything, and yes, they will eat chicken.
But this was fake chicken.
My mother isn't quite vegetarian, but she doesn't cook any meat, although she will eat real chicken at a restaurant.
She thought this fake chicken might be good, but I guess it wasn't. 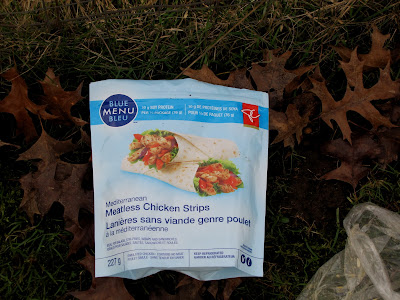 The real chickens thought the fake chicken was pretty good though.
I think there was a baked potato to go along with it, along with various varieties of bread crusts.
A real dog's breakfast.
And if the dogs could have got through the gate, they would be right in there grabbing what they could. 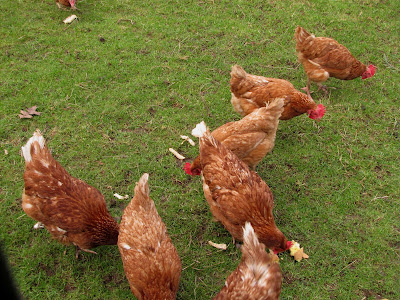 When I feed April and TOE, there is always some grain that gets dropped 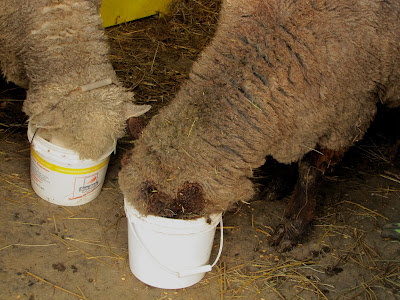 TOE lifts her head out of the bucket and drops grain on the ground.
The clean up crew is standing by though. 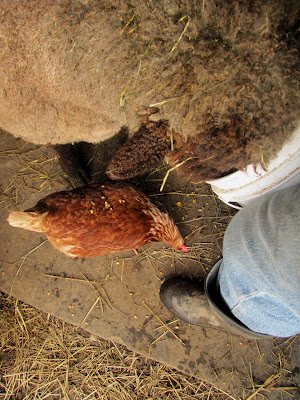 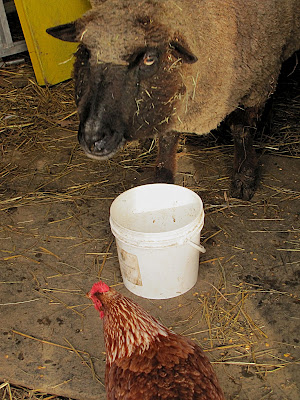 April's feed bag  bucket is still working really well.  She doesn't spill anything.
The dogs are quite happy to clean up any spilled grain that the chickens and sheep don't get.
Nothing much gets wasted around here. 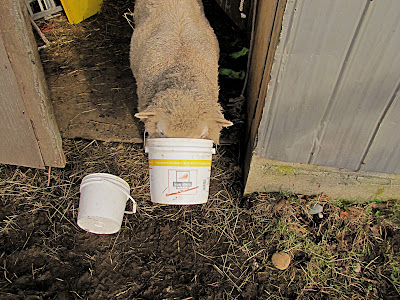 ....And just because I have to share the beauty, here's tonight's sunset.
We've certainly had some lovely ones lately. 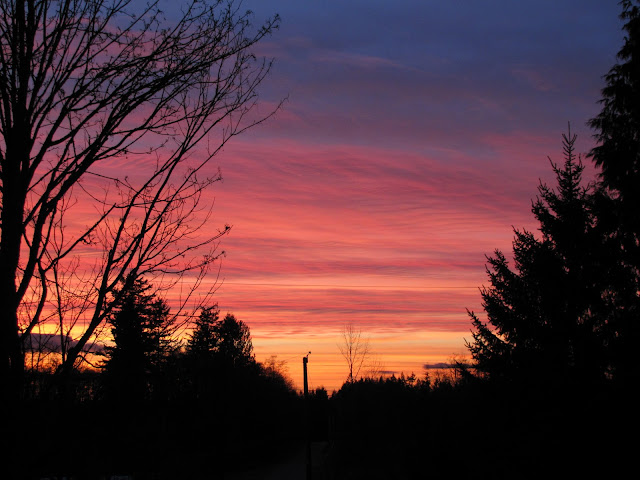