Sunshine and Other Stuff.

After the damp day yesterday, it sure was nice to see the sun this morning. 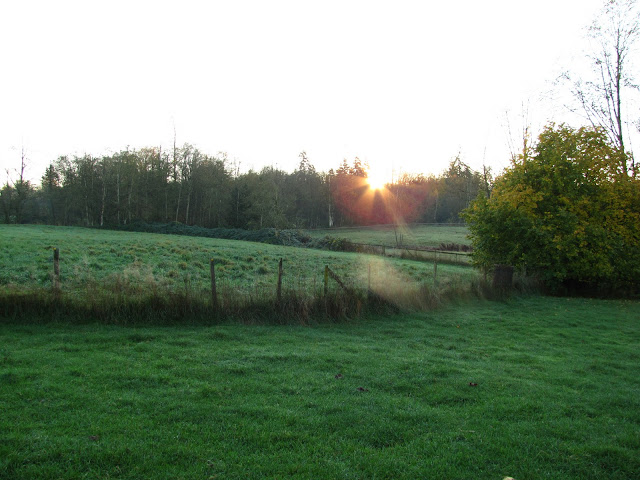 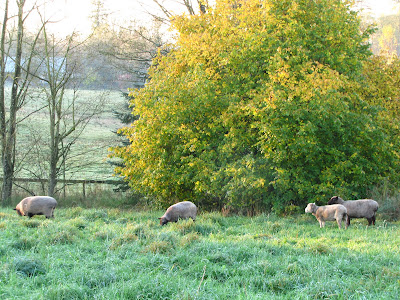 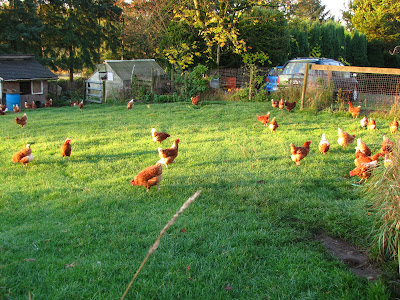 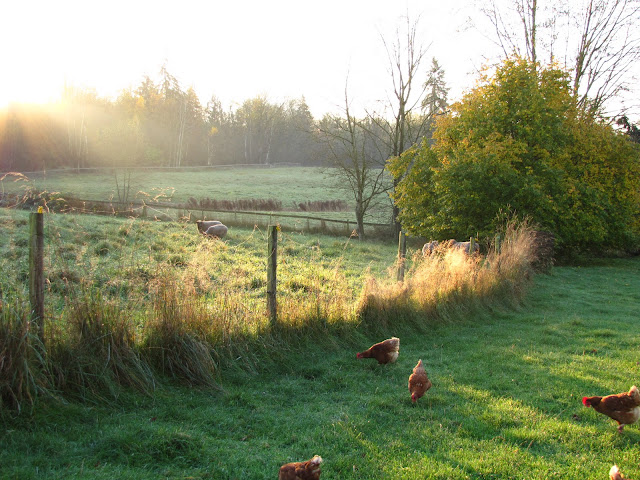 I headed out with Luna and Jake down the road for a brisk walk.  When I got to the house where the dog was tied to the log on the front lawn, it was lunging on the end of it's chain and I could see the log moving. Sure enough, the dog pulled the log right out into the middle of the road.  It is lunging and barking and Jake is all 'oh boy, a big dog, I like big dogs, maybe he wants to play' and he is standing all tall with his tail wagging like he does before he greets a dog.  Um, I don't think so Jake.  Maybe he figured he could go up to the dog and give him a piece of his mind.  I wasn't taking any chances, since the dog was at least twice his weight.  I'm not assuming the dog was aggressive, but being tied up like that can make any dog that way.  I yelled something, and fortunately the man of the house came out, said he was sorry, and is trying to drag the dog back.  As soon as there was room, I tried to get past and the dog lunged, but as soon as I was able, I got past and started running.  Not running away, more like I had been jogging (which I hate) and just wanted to get back into my exercise routine.  I didn't say a thing to the guy.  There was so much I could have said, but I didn't know where to start, and it's really awkward anyway since he is a neighbour and we see him in passing quite often.  I was hoping my silence said more than my rambling would have, as I wouldn't have expressed my thoughts well.  It's not like he hasn't been told before, as I said in my previous post, the SPCA has been there more than once. What I am going to do now is look every time I go by and see if the dog is chained outside.  If it seems to be out there far too much, then I'll get involved. They don't seem to have a fenced area for the dog, and I'm sure no one ever walks it, at least not since the novelty of a new dog had worn off.  If, and that's a big if, it is only put out there in the morning for a bit, well okay, but if it seems to be out there most of the time, then it will be time to do something about it.
I had seen the man pull out in his big truck when I was way down the road, but he turned off before he passed me.  I'm hoping that the dog was in the truck with him, as I did see it riding with him a few times not long after they got it.  At least that way it is getting some human contact.  It wasn't on the front lawn when I went back past, thank goodness.
Unfortunately the mood of the walk had been spoiled though. It makes me feel so sad.
Posted by Karen at 1:00 PM