Digging Dahlias and Other Deep Thoughts

This afternoon, while waiting for the appliance repair guy to come and try sort our fridge out, I thought I would make a start on the dahlias.  You don't know how much it pains me to have to pay someone to come here and hopefully fix the fridge. But months of on again, off again freezing up in the fridge compartment, struggling to reach behind to unplug it, well the whole thing is getting more than a little aggravating, so repairman it is.
Here's the dahlias when they are first dug up 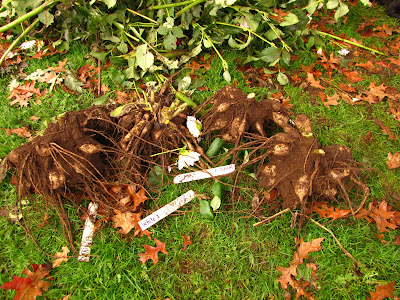 And then after I've hosed them off. 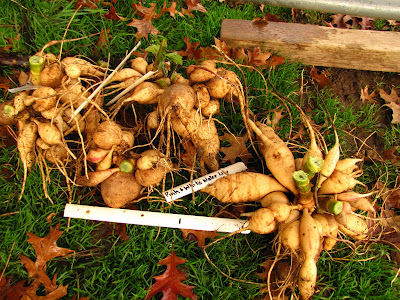 I swear that Luna can hear the hose going from half a mile away, and she is right on it.  She's keeping an eye on it here, in case it suddenly squirts out water!  and an ear on Larry in case she hears him go through the gate and then he just might be heading to the sheep or chickens.   I'm not quite sure which she would find the most exciting. 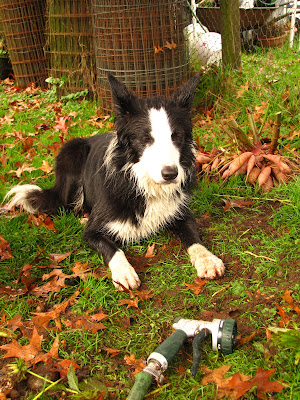 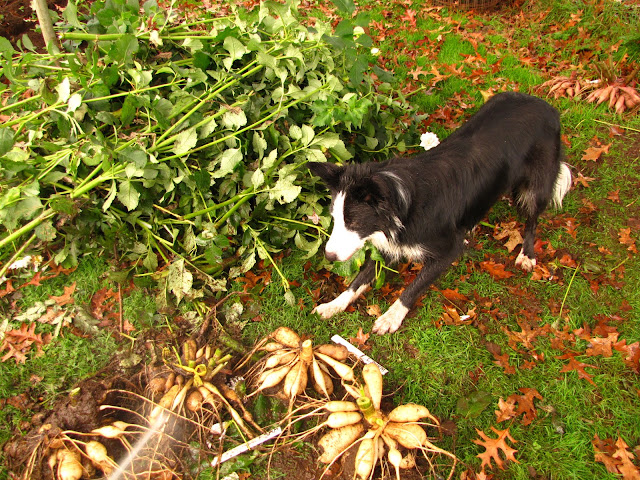 There is water in the dahlia stems, and one time I tipped some the wrong way and poured it down my boot.  Just the fact that you are messing around with dirt and water at the same time just means that it is, well.... mucky.  Twelve down, about another forty to go.  I've already found three that we somehow managed to miss when we were labeling them.
And many dollars later, apparently it is the control panel in the fridge that needs replacing.  We haven't got the price of that yet.