A Room with a View

Yesterday I thought it was time to do something with the quince that I brought back from the Okanagan.  Quince are a weird kind of fruit, well they seem sort of exotic to me.  They are covered with a heavy fuzz, tart and tough and not really edible when they are raw.  They have an exotic perfume though, and have been described as tasting  like a cross between a mango and a pineapple, or if you want to be more ordinary, a mixture of apple and pear.  Not sure how you even compare those crosses, but who am I to question it.
Most of the quince were ordinary, well as ordinary as a quince can be. 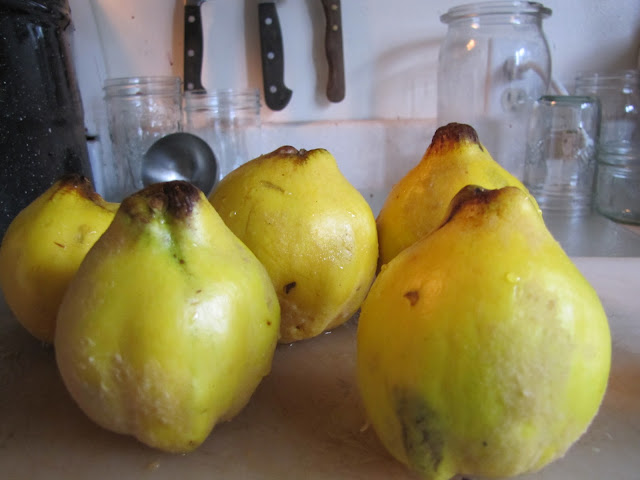 But there was one that was definitely trying to morph into something else.  I'm thinking a seal..... 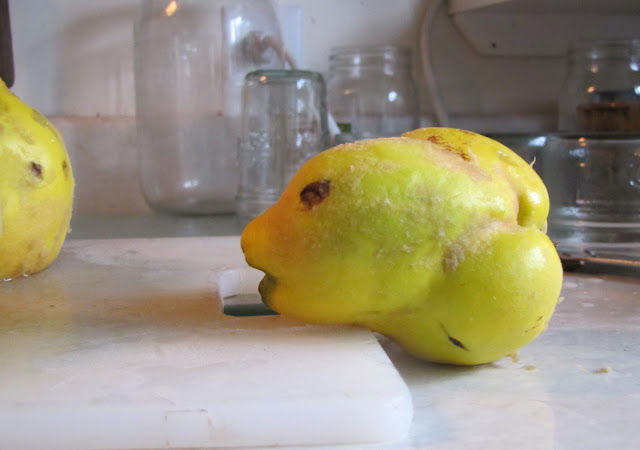 Seal or not, it was off with it's head and into the pot with the rest of the chopped up quince.  I cooked the life out of them, and then came the filtering of the juice.  It was a long messy project, which, because I really try to do too many at once, involves many pots and filtering systems that seem to cover most of the kitchen counter.
I started out with one of those conical ricers, but it was slow going.  I would filter out most of the juice, then dump the still really wet pulp into a bowl, and go through the same thing with the next lot.  Then it went through two different sieves, before I ended up with this.  It is actually much more translucent than it appears here. 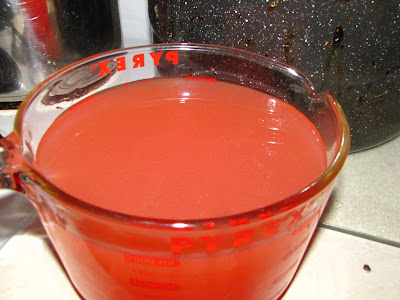 The pulp that was left over was all dumped into a colander with fairly big holes and left to drip over a big pot. 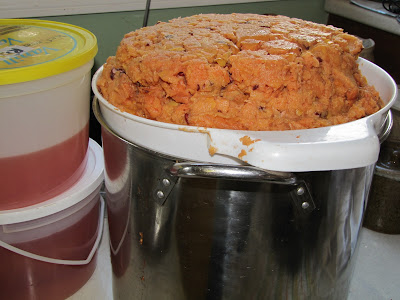 In the meantime, there are things happening outside.  This is my view from the kitchen window - dog butts, man butts, and chicken butts.
Larry is cleaning out the small bed at the top of the driveway.  That is where I want to plant the garlic that I also brought back from the Okanagan.  Jake keeps dropping his small ball, well actually a Cuz, if you are familiar with those, that he recently resurrected from some unknown spot, minus it's legs.  Every once in a while Larry chucks it somewhere. 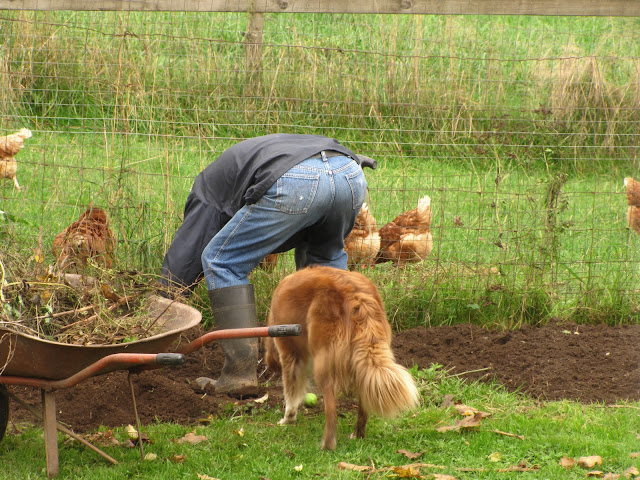 Meanwhile, back in the kitchen, I'm trying to stop the quince jelly from overflowing. 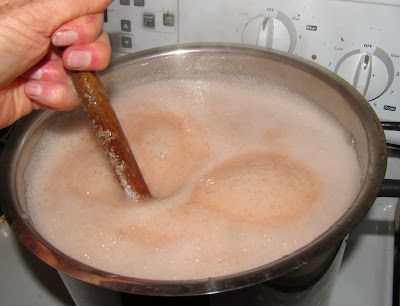 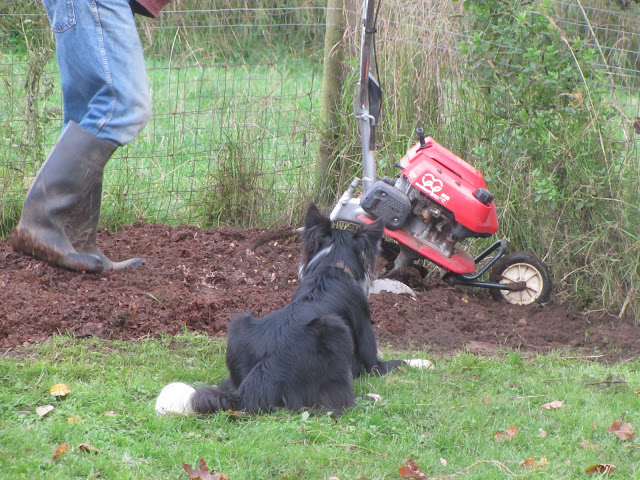 Back in the kitchen, the jelly is finished, put in jars and processed, and here is the end result.  I am always fascinated that the juice ends up this colour from a yellow fruit with creamy coloured flesh.  And you don't have to burn it to get it looking this way! 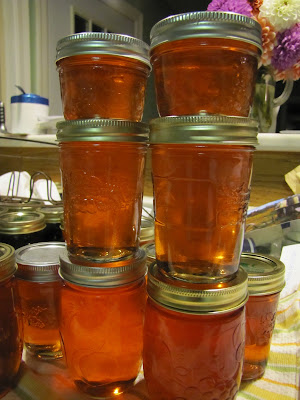 And back outside, well those red and black butts decide that there are a couple of spots that didn't get dug up quite enough, so figure they will help out.  They keep an eye on the house though, just in case.
Notice Jake's ear and body posture, and his licking lips, when David, who hadn't even looked at them, walked up the driveway.  Do you think Jake knows he shouldn't be in that garden, or maybe he is remembering being told off before.   Luna couldn't care, it's all fun and games to her.
Looks like we're going to have to fence it off again.
Posted by Karen at 12:13 AM