On the way home from the farmers market yesterday, we stopped at the off-leash at Campbell Valley Park.  This is the seasonal off-leash, only open from October 1 to April 1, as the rest of the year it is leased out and is cut for hay or silage.
The main reason I stopped was to pick some crab apples
This year though the crab apple crop was rather thin, and a lot of the apples were scabby. 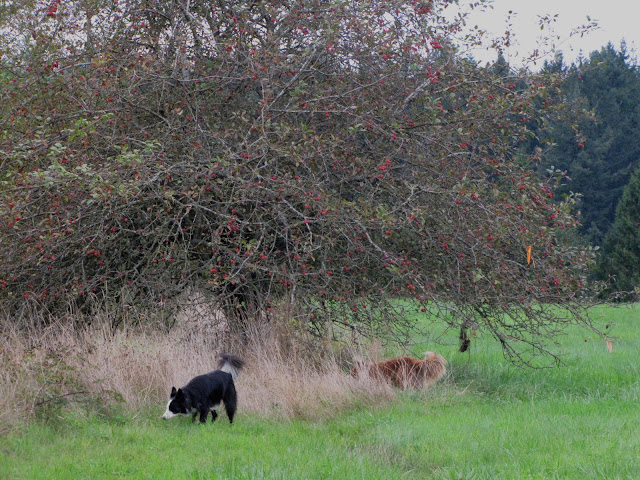 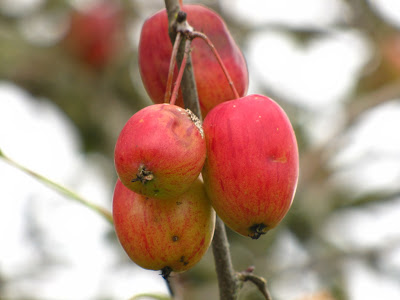 I figured I'd better take the dogs for a walk first though. 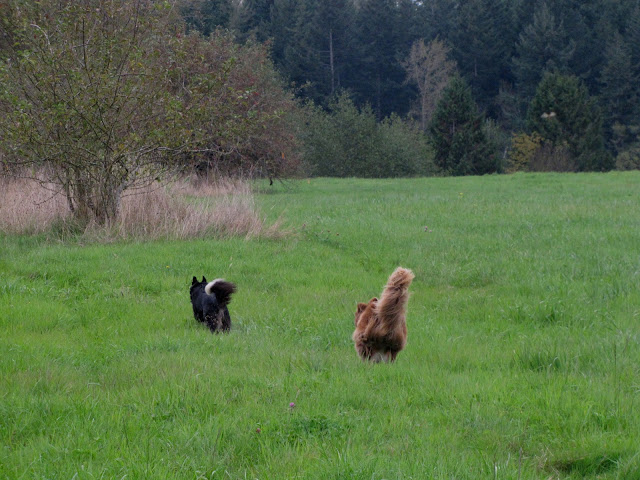 I found a couple more old trees and picked a bag of regular sized apples.  The park was originally farmland, so there are quite a few old fruit trees scattered around.  I love walking in areas like this, it's like discovering little hidden treasures. 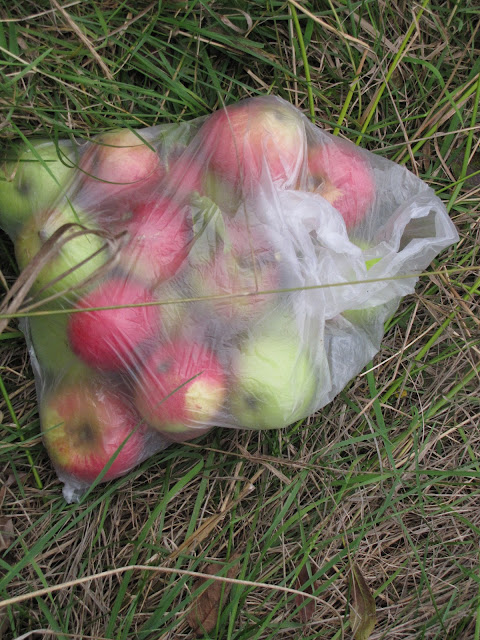 Some dogs went a little crazy, and found something disgusting to roll in.  That's exactly what happened the last time we were at the park.  She had to ride home in the back of the truck, and got hosed off when we got here. 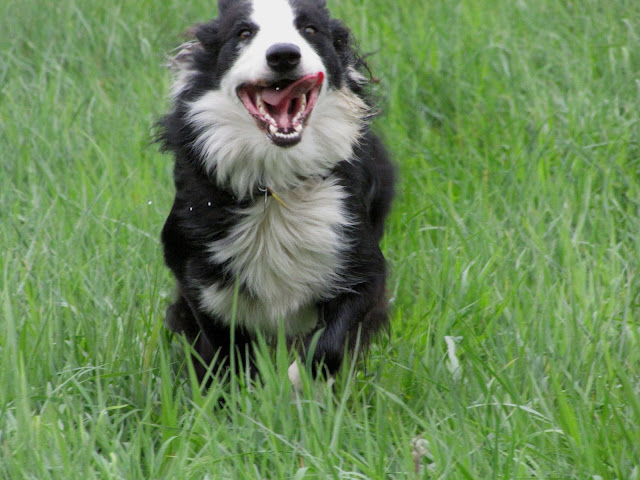 Meredith dropped Larry off after visiting Grandma.
The dogs were laying nicely in the grass while I picked.  It's always fun to get them riled up by saying 'Where's Larry'.  Then they spotted him, and off they went. 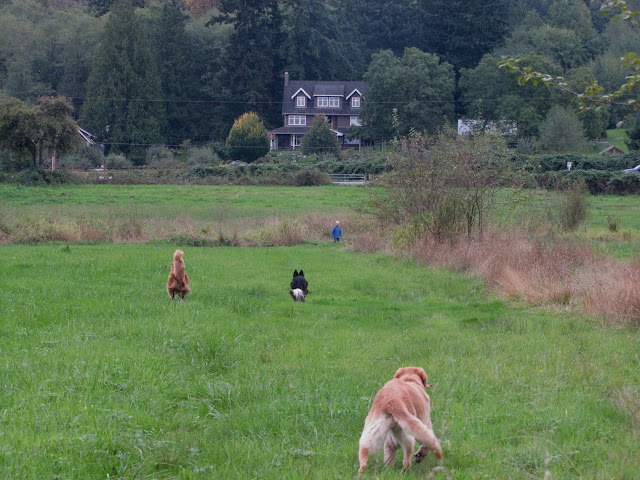 It wasn't much of a haul compared to last year, when the tree was loaded.   We could see it glowing red from the road, and we walked away with four large pails full.  This year I'll only get a few batches of jelly. 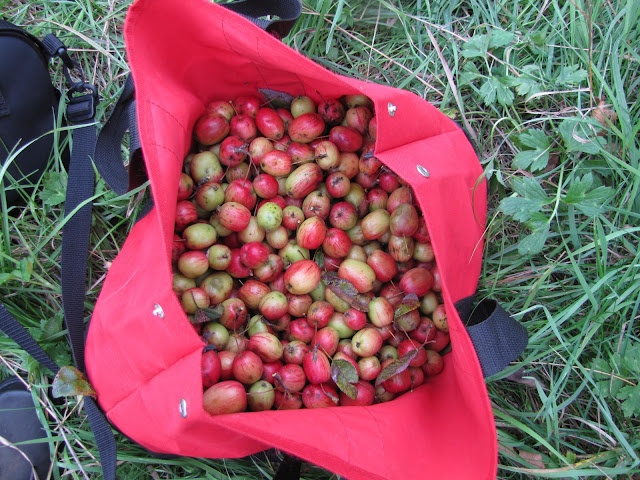 As we were heading back to our truck, a fellow showed up with two dogs.  A chunky lab, and the most overweight dog I've ever seen.  A rottweiler, or maybe a cross, it was so rotund it was hard to tell.  I don't think I would have been able to put my arms around it's body.   I said to Larry about it needed to lose 40 lbs, and he said 'only 40?', and he was right.
When we got out to the road, we saw that they had arrived in a pickup truck.  But it looked like they didn't ride in the truck.  There was a metal utility trailer on the back, low to the ground, and the little ramp was down.  It appeared the dogs were tied in there.  Not surprising.  There was no way that dog could have jumped in the truck, and it would have been impossible to lift.  Well at least it was getting exercise, and I'm hoping it was on a weight loss program.
Posted by Karen at 10:22 AM