A Drive with a View

This morning I headed off to a farmers market in Abbotsford.  They are holding five markets before Christmas.  I hadn't planned on going to this market, but we were swamped with eggs, and this was a place I could sell some.  It sure is dark these mornings.  I had lucked out though and it was going to be a beautiful day.  That is Mt. Baker in Washington off in the distance.  Here I am only 7 miles north of the Canada/US border.
It is illegal to drive while using a cell phone in B.C.  It has to be a hands free device.  I guess the same would apply to try to take a photograph while you are driving.  No worries, I couldn't manage to do it anyway, and had to pull over. 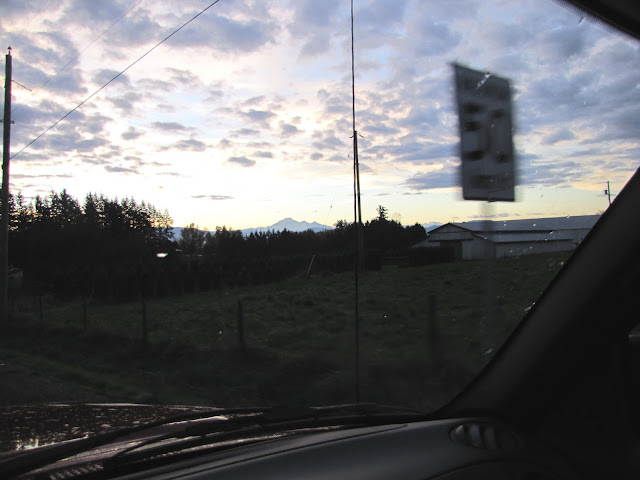 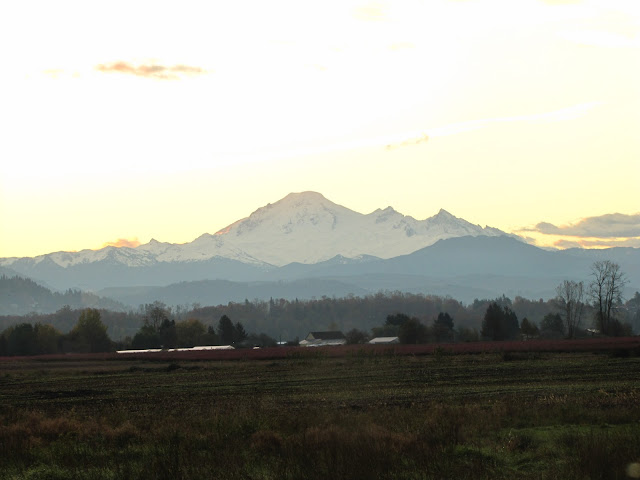 Isn't it beautiful, with the sun just coming up behind.
Mt. Baker is an inactive volcano.  You used to be able to see a couple of steam plumes to the right of the peak, but I haven't noticed them for a long time. 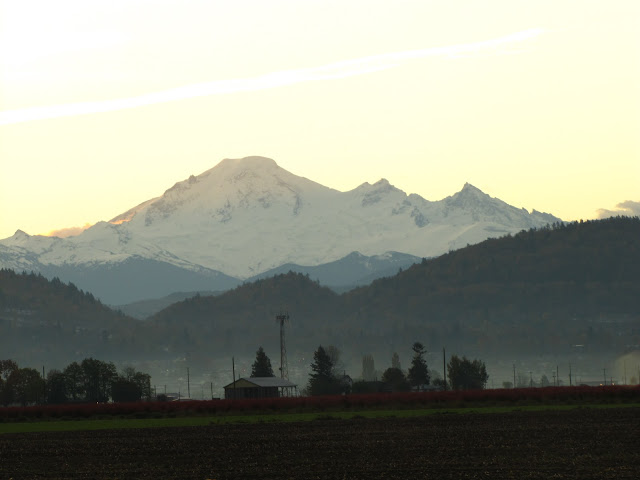 The market went well, and lots of eggs were sold.  I had cut all the decent dahlia flowers and put them in bunches of 10 or 12 blooms.  I know they won't last very long as cut flowers, as their time is just about done. I decided to use them as a fund raiser for the Heart and Stroke foundation.  I had 20 bunches, and they brought in donations totaling $58.20.  I will donate that in memory of Larry's aunt Margaret Wyatt, who passed away in February of this year, and of my dad, who died of a heart attack while out on his sailboat, 24 years ago at the end of November. 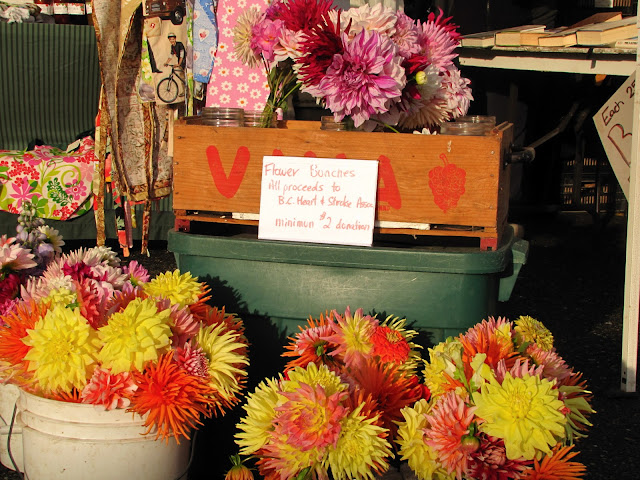