Last night we went back to our regular Monday night agility practice.  Between the building being used for Agrifair, and then a lot of us away at Nationals, it's been 6 weeks since we have been there for our club night.  It's been three weeks since Luna has done any agility.  It was like she had three weeks worth of agility all bottled up, and I pulled the cork.
The first run was a bar crashing, out of control, bark screaming mess.
It did get better though.
As of September 1st, the weave pole spacing in AAC goes to 24" from 20".  Last night was the first night Luna and Jake got to try the new weave poles out.  It went pretty well.
I moved too far ahead and pulled Luna out on her first attempt, but the second one was great.  Jake isn't as fast as Luna, so he will have to learn to drive into them a little harder.
Much easier on the dog's body, and even the little dogs are doing just fine with it. There was a handler there last night with a Shih Tzu cross that was worried. She said her dog had just learned the little jump from side to side, and was worried what the new spacing would do to her . Her first attempt through went just great, and her handler was thrilled!

Later that evening when I was on the computer in the family room, I heard some gentle snoring behind me. 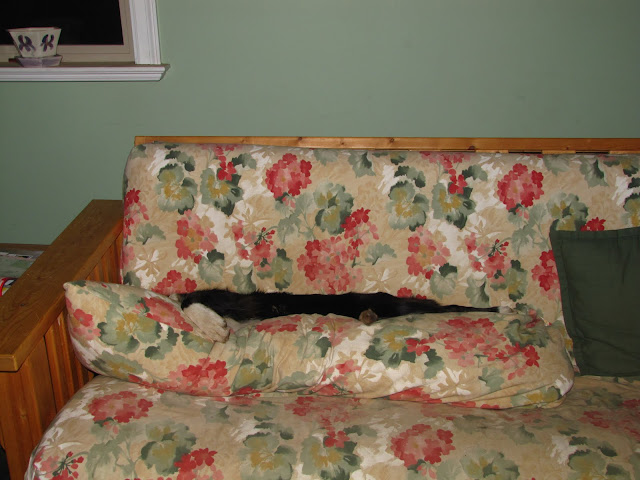 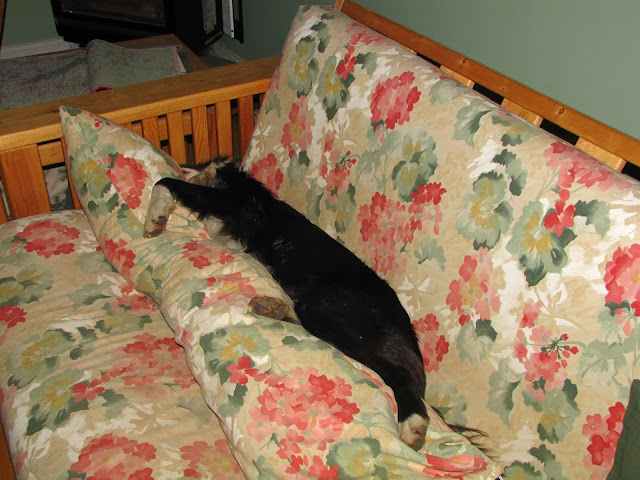 Even the camera flash going off 11 times didn't disturb her
She plays hard, and then she crashes hard.
Let sleeping dogs lie!! 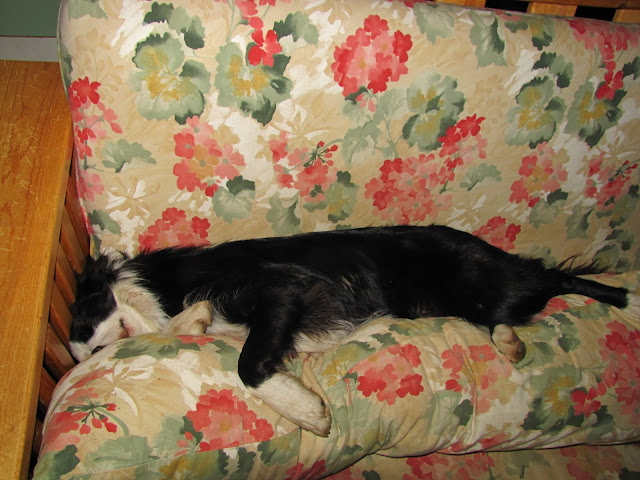