Do you remember this?
How could this much cuteness.... 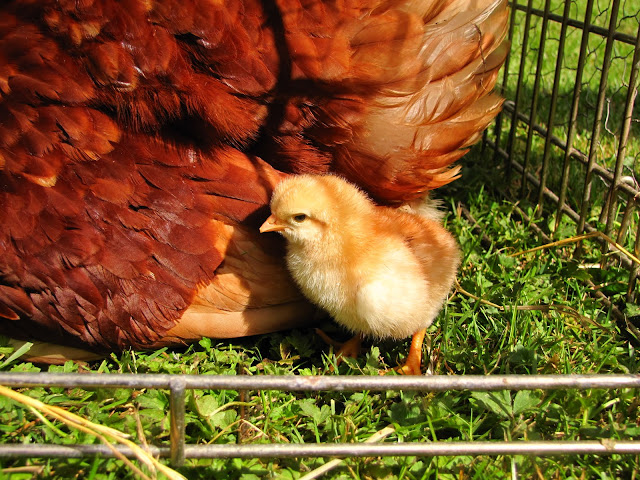 morph into this monster?
Isn't it amazing what a difference eight weeks can make? 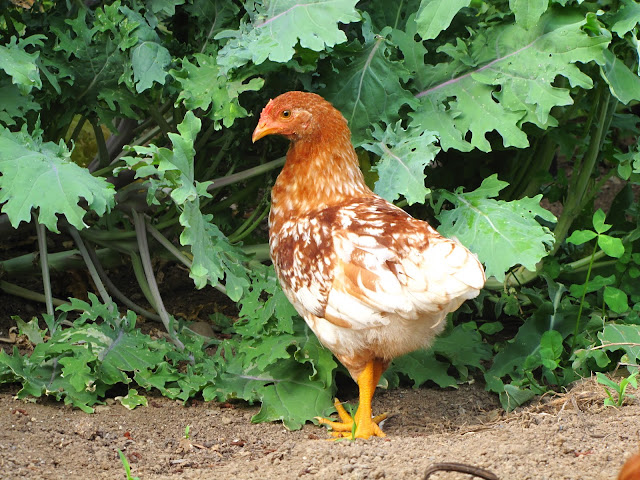 And I've finally had to admit that the oldest (by a day), darkest one, is a rooster. 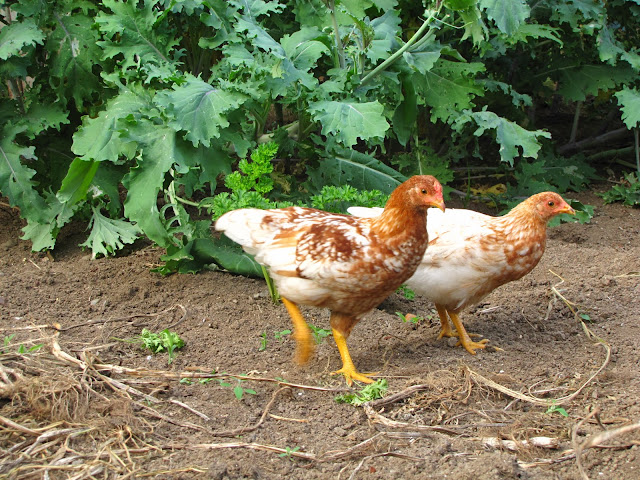 I think I've known all along, but have been denying it.  That chick has always been bigger, and his comb was more prominent.  His legs are a bit thicker and his stance more 'macho'.  I finally had to admit it when I noticed his tail.
See how the very longest feather at the top and end of his tail are starting to curve down? Think of a rooster's long curving tail feathers.  Well this is the start of it. 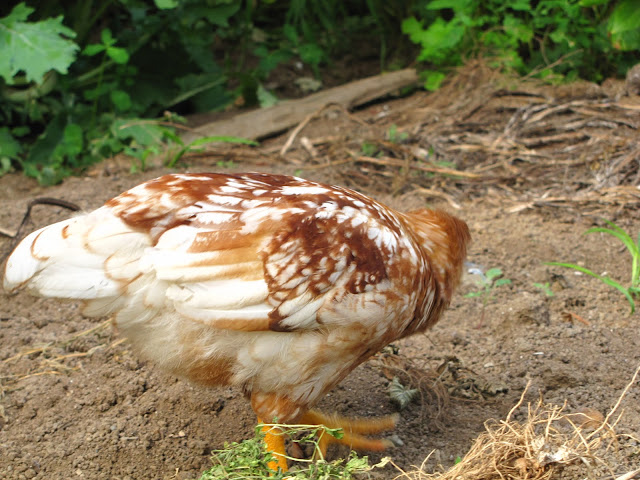 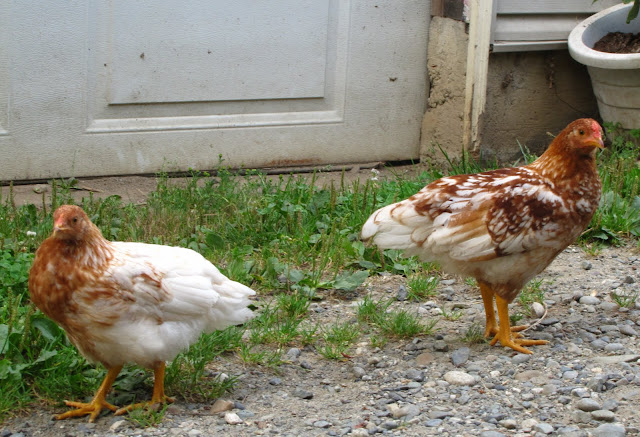 And they are all over the place.  Back lawn, front lawn, garden, field.  So far they haven't done any damage. 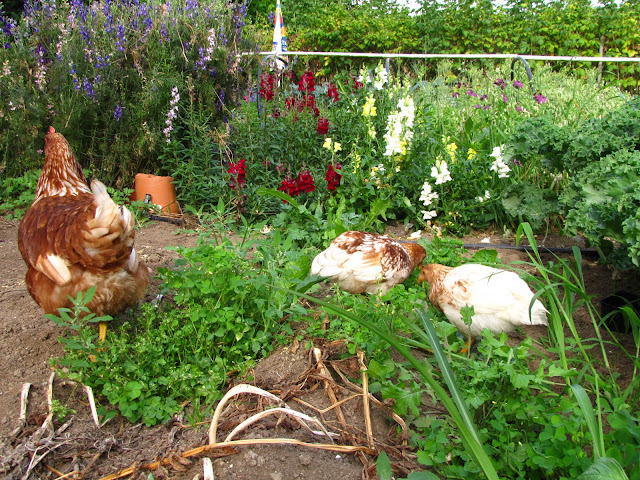 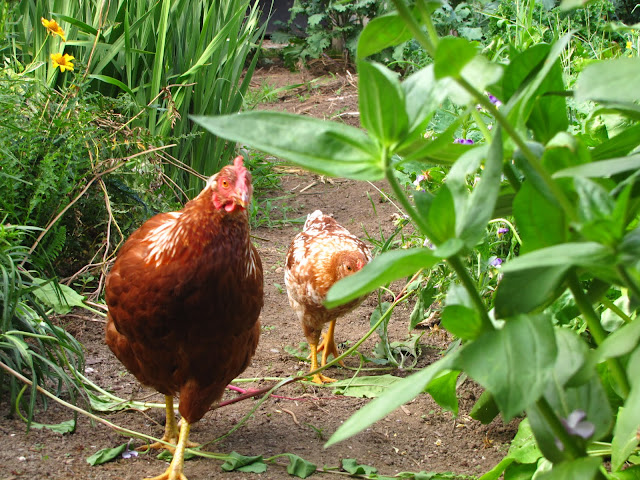 And while I was down in the garden trying to get the hen and chicks to pose for me (I must have been dreaming), there were hummingbirds zipping back and forth.  Hummingbirds are actually quite vocal, in their tiny little way.  They were feeding on the bee balm, but once again were always on the side of the clump away from me.    At one point there were three of them zipping back and forth, but they are just so fast and erratic, that I could never get a decent shot.  And then this happened... 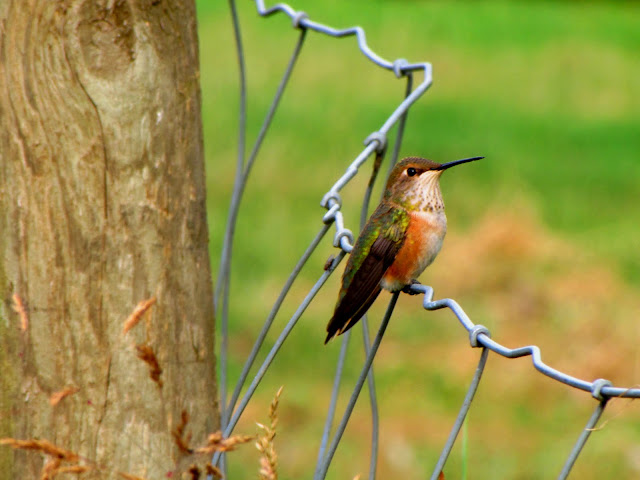 I was stood by the fence, and this one landed on it about ten feet away.  The camera was flashing the red 'you need a tripod, you need a tripod' symbol at me, so I tried to keep my body as still as possible and took some quick shots.  I got one or two half decent ones:)
And then another one flew to the other side of the field and perched on the fir tree. 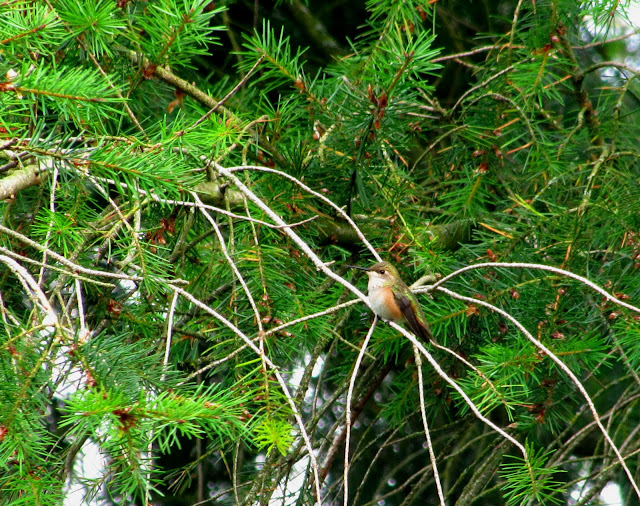 One roared past my head, only a couple of feet away, like a miniature jet fighter, while another zipped around higher up.
And then the most amazing thing happened.  A hummingbird landed on the fence only two or three feet away from me, and the other one landed a few feet further down the wire.  Sooo close... I daren't move, and could barely breathe, and was facing the wrong way to even attempt a picture.
Just one of those amazing moments.
I felt honoured.
Posted by Karen at 7:32 AM