The weather was not that great when we left Revelstoke in the morning, but did get better.  Our first stop was Salmon Arm.  Larry said that this park that you pass by had always appealed to him, so we stopped and walked around the little lake and it's fountain. 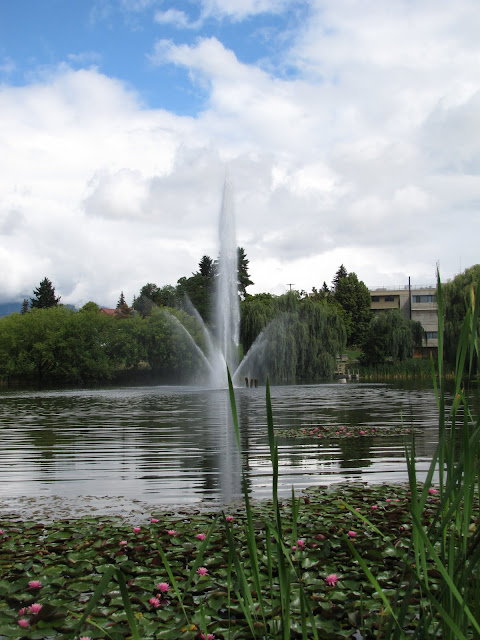 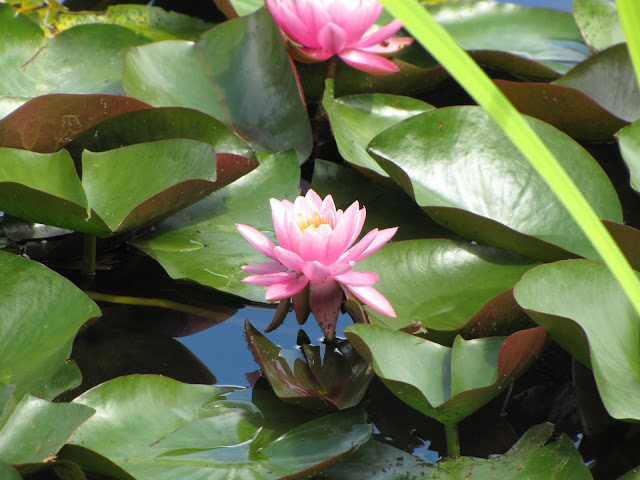 And some family members were so exhausted by all that exercise, they just had to stop and rest.  Well, more like he was having back trouble.  But the dogs had him where they wanted him, and were milking it for all they were worth. 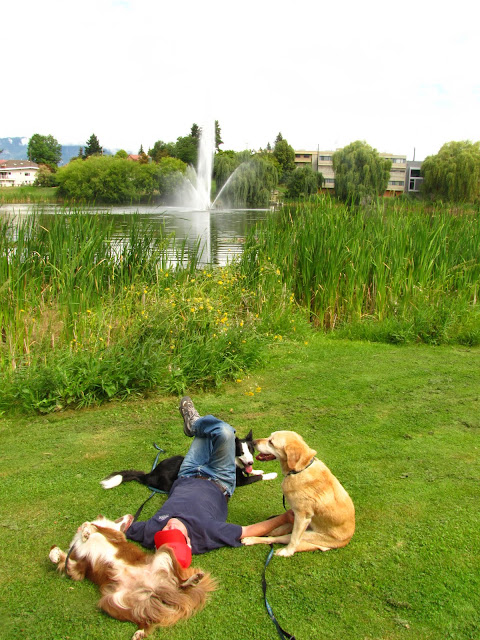 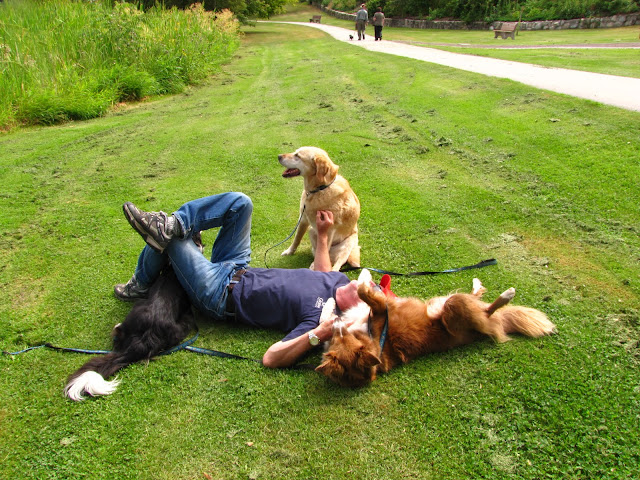 Across the road I spotted this. 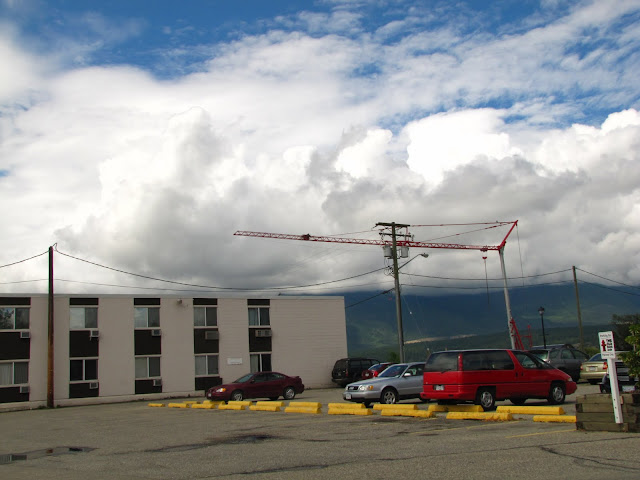 An Osprey nest, with the best view in town 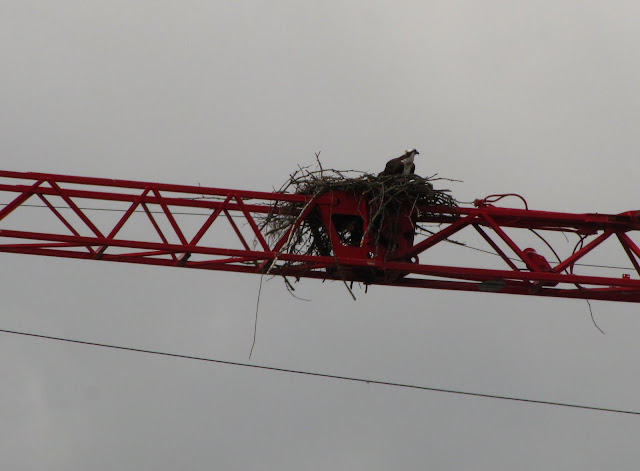 We drove on, and south of Kamloops decided to stay in the Lac Le Jeune campsite.  Years ago there were many more trees, but the pine beetles killed them all, and they have been taken out.  We were back into cloudy weather. 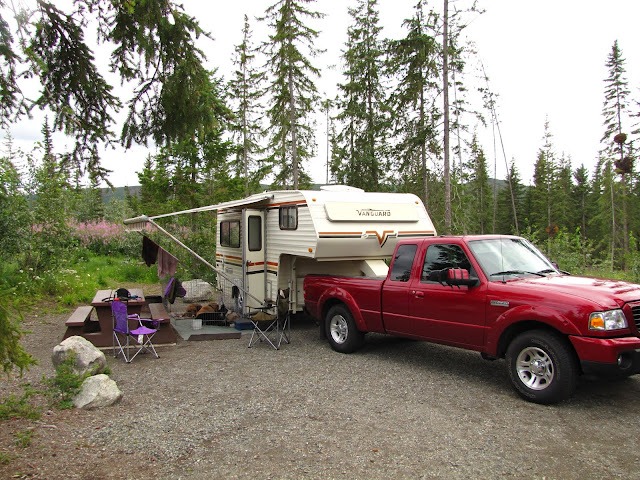 At the campsites the dogs are supposed to be on leash all the time, but you are usually allowed to swim them at the boat launch.
Since there was a little dock there, I thought we'd see if they had any dock dog potential.  Dock dogs are the ones that race off the end of a 'dock' and leap into the air and out into the water after their toy.  There are even  competitions for that. 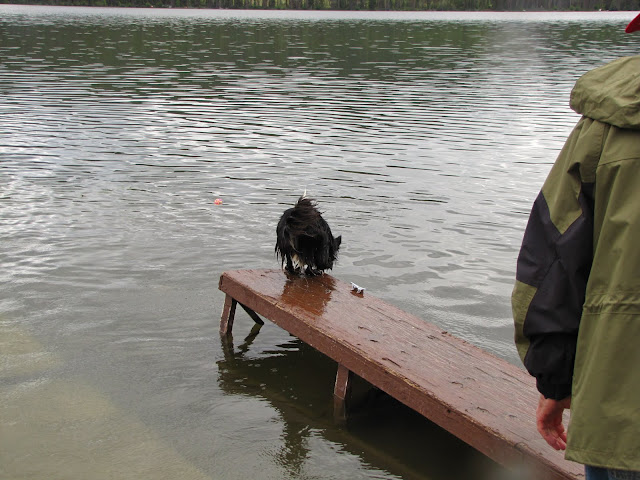 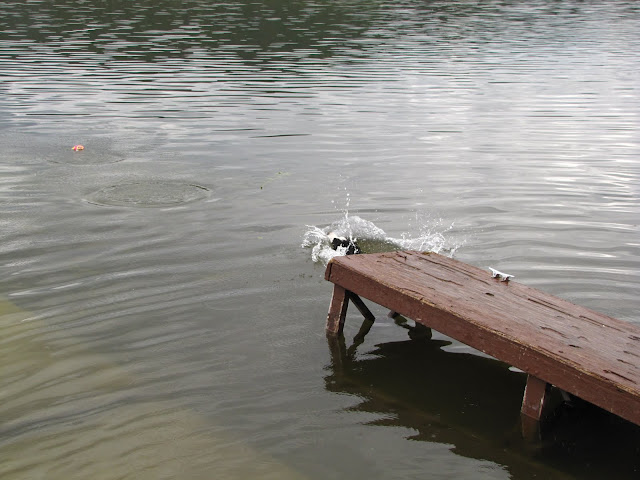 Nope, no dock dogs in our family.  Jake just ran back off the dock and got into the water there, and then Luna started doing the same thing.  We wouldn't even attempt to get Calli to jump. 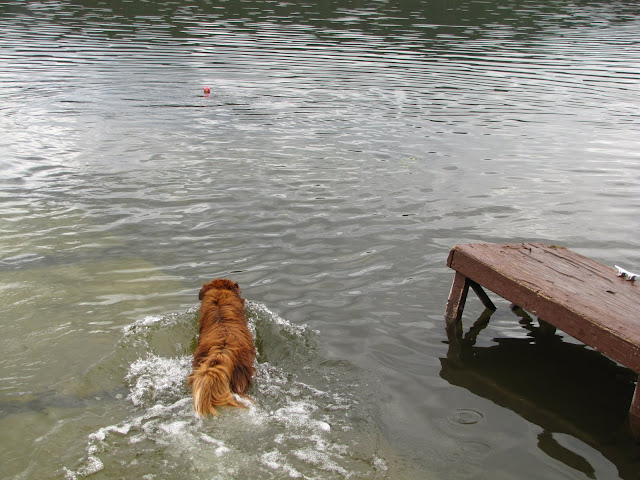 The next morning was nice and sunny.  Larry tried to fill in the little diary thing that the previous trailer owners had given us, to record our trips.  He got to day two, and that was it. 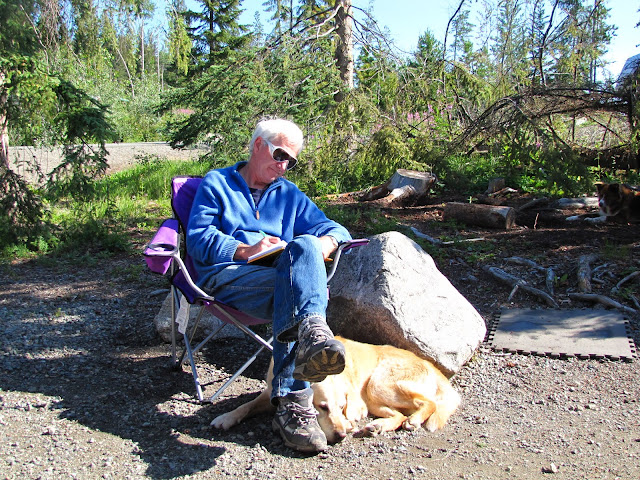 And Luna and Jake got a chance to wrestle
And later there was more swimming.  I was even tempted to go in myself. 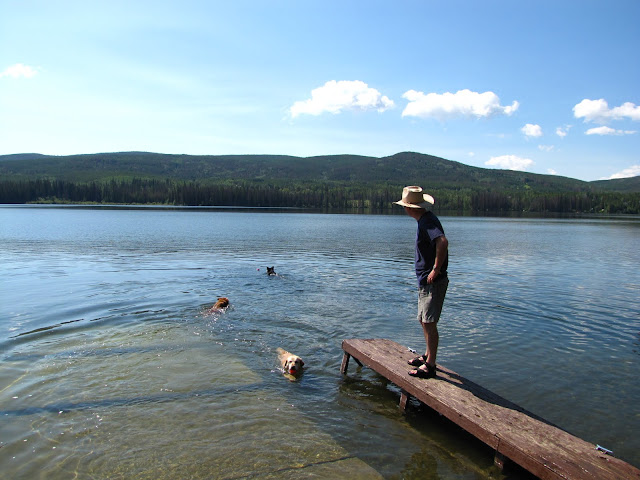 We took a side trip out from Merritt to check out the Monck campsite on Nicola Lake, in case we want to stay there in September. 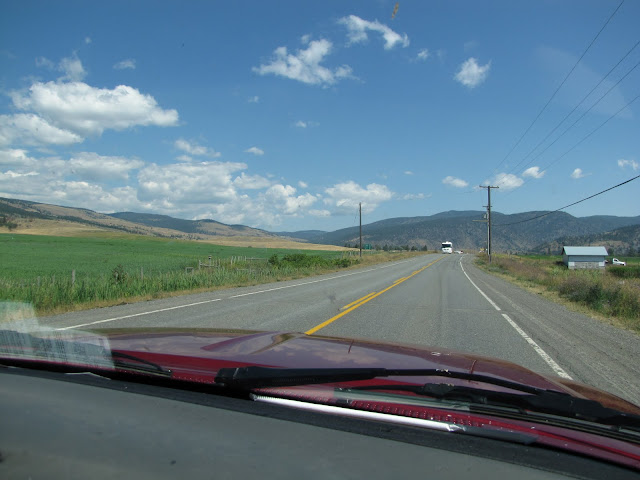 We were going to give the dogs another swim there, but the water was green soup, pretty grungy, and we figured they would be dirty and smelly when they came out, so just headed off for home. 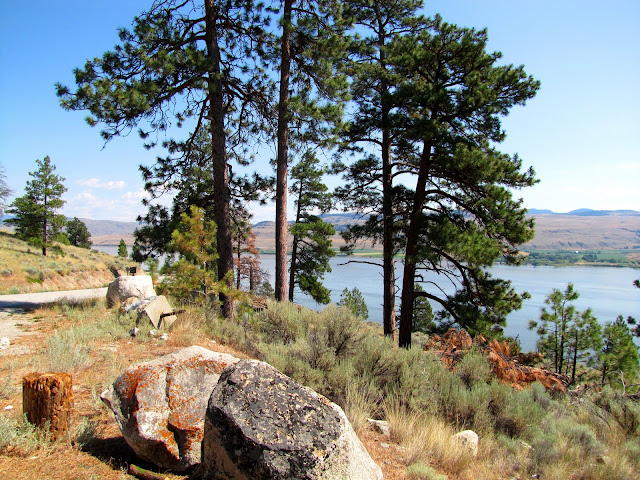 We got home about 5.  It had been a great trip, but it is always nice to get home.  Then I rush off to check how much things have grown, and wow, had they!  Of course the weeds had grown more than anything, and there was a lot to get caught up on.  It's a long time since we have taken a weeks holiday in the middle of summer (because of the farmers markets), but I'd do it again.
Posted by Karen at 7:50 AM