We got to Spruce Meadows about 5pm on Thursday, after losing an hour with the time change.  All the RV's were parked in a big grassy field not too far away from the competition rings.  I didn't think to take a picture until half the rv's had pulled out on Monday morning.  That's our little truck and trailer on the very right. 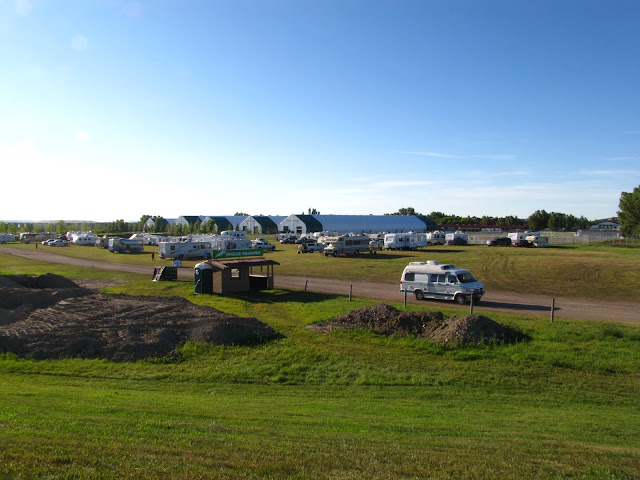 Friday was an easy day for us.  I had only entered Jake in the 'warm up games' which basically meant I had paid $5 each to take him in the ring twice, where there was a full set of equipment and we had 2 minutes each time to do whatever we liked.  So I did a bit of a course and ran him over the dog walk and teeter a few times, with no problems.  Yay, so far so good!  This was equipment from the same manufacturer that had supplied the equipment for Regionals.
Saturday was when the real Nationals competitions began.
So bright and early on Saturday morning, the rings were open from 6:15 to 7:15am for us to walk the three courses.  Standard, Gamblers and Jumpers.  They were late getting started, which worked well for me, as I didn't get there at 6:15, thinking I didn't need an hour anyway.  I had taken the dogs out for a quick pee, and then left them with Larry who wasn't up yet.  I said I'd be back to have a bit of breakfast before I went in my class.  So I walked the courses, then discovered that Jake was put in the wrong height group, and went and got that sorted out.  That was when I realized that Jake was in the first group to run, and he was the 9th dog in. Then it was just about time for the general briefing, and then straight to the ring we were running in first.  There we had a 5 min. walk through of that course, and since there were so many dogs, the Specials dog's handlers walked first, and then we were supposed to get our dogs while the Veteran's dog's handlers walked the course.
So much for getting back for some breakfast before our first run.  Well at least Jake had had his. 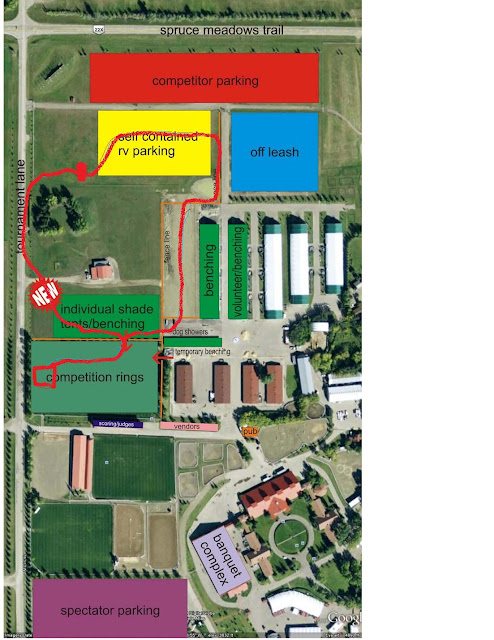 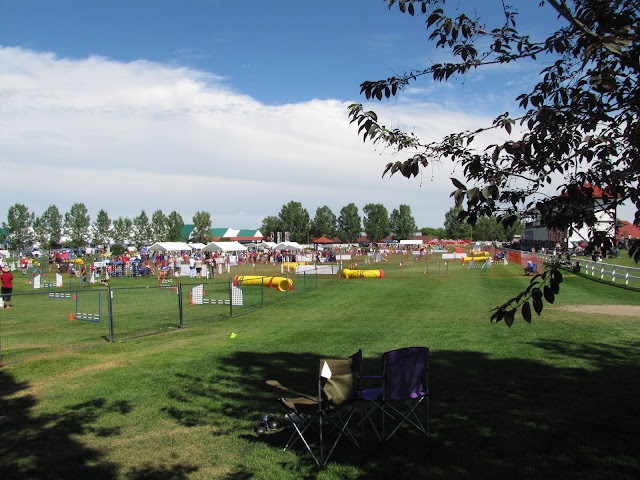 Behind those trees in the center of the photo above was a big open courtyard area.  Those that wanted to were able to kennel their dogs in a couple of the huge green and white roofed horse barns.  We were in a shade tent, which Christine and Kozmo (resting up for their next run) kindly chose to share with us. 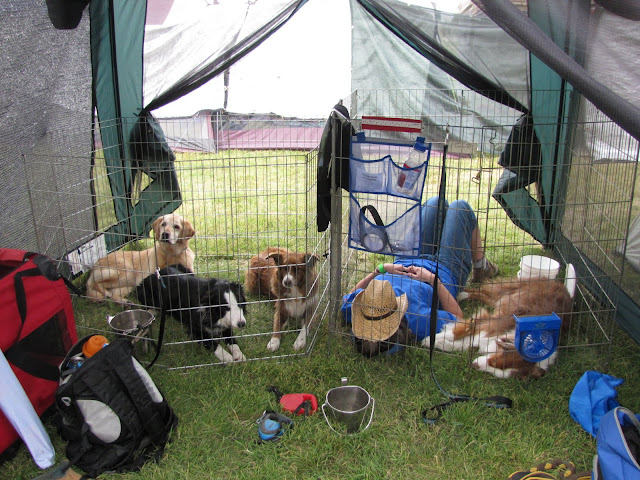 Out in that courtyard was a really great fountain, that we were allowed to cool our dogs off in.  Luna wasn't too sure about it.  I have just noticed the W on the side of the wall, which was the west side, so I'm guessing  the four points of the compass were on the wall of the pool. 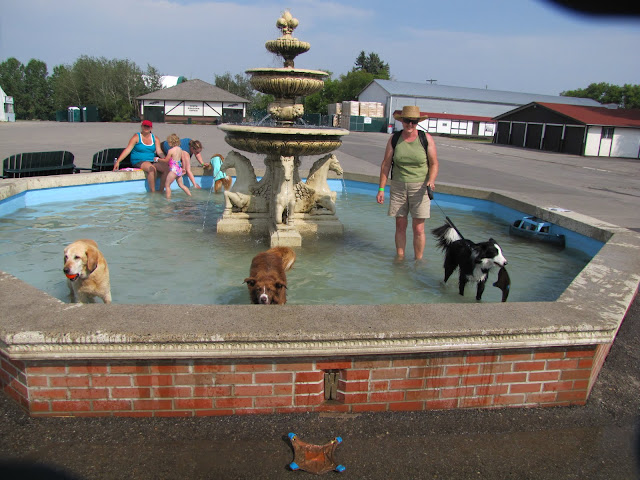 There was a long row of horse wash stalls, and Luna much preferred to cool off with the hose! 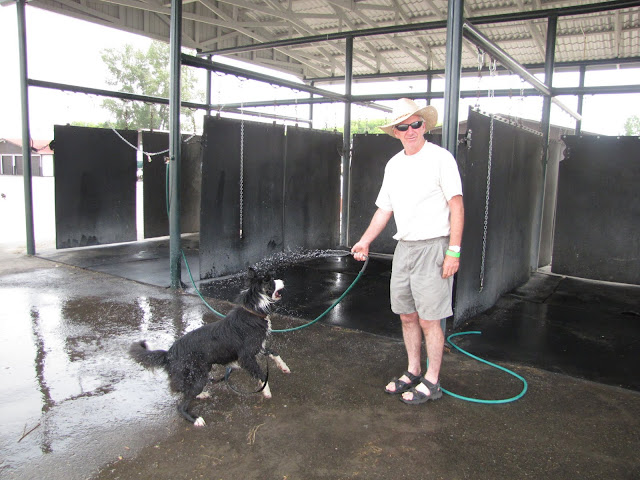 Saturday night we gathered with fellow clubbers and had a barbeque.  Great times!
It gets cold in Calgary in the evening, and then it was off to bed so that we could get up at the crack of dawn again.  The first day was a bit disappointing, well the points I had managed to salvage so far, so was hoping for a better day on Sunday.
Posted by Karen at 9:51 PM