Monday morning we got packed up pretty quickly.  I wanted to take a picture of the dogs by the Spruce Meadows sign, but that wasn't very successful.  The sign was in the shade, and it was too big. 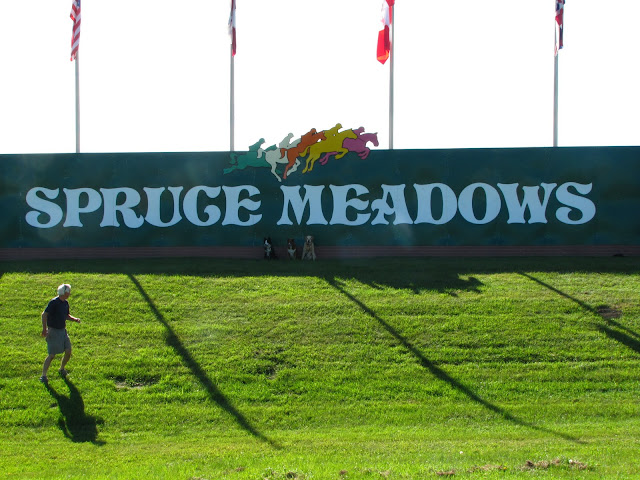 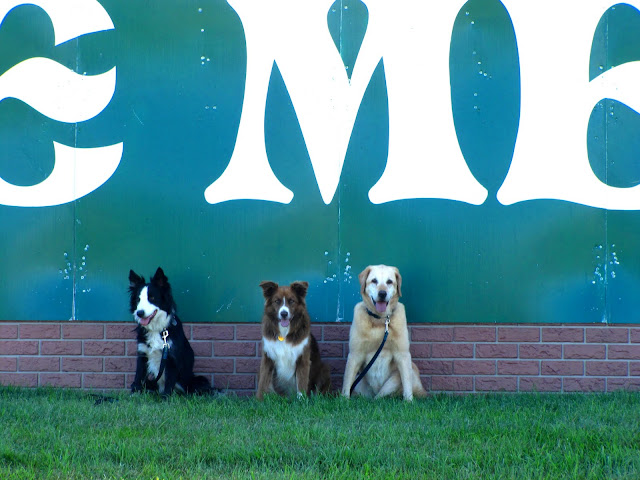 In front of the well known (okay, you might have watched horses jumping over it) Canada jump, where the podium from the awards the night before was still there. 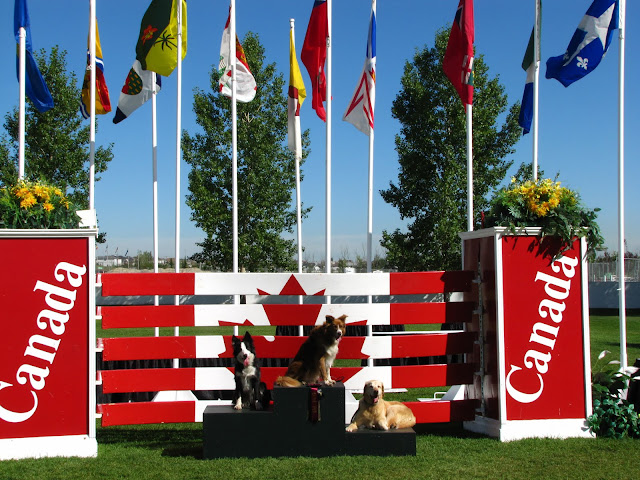 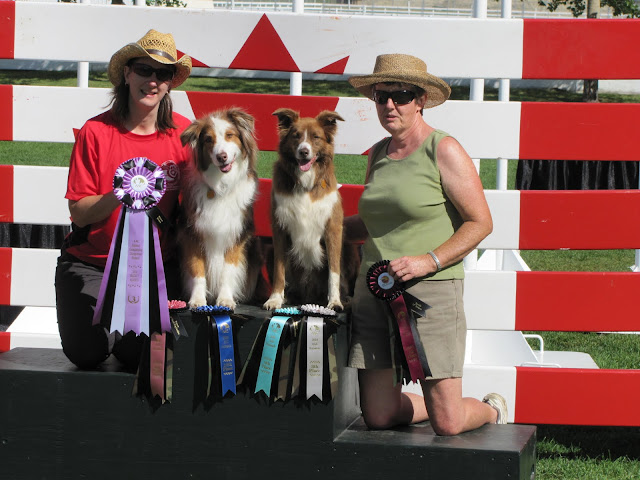 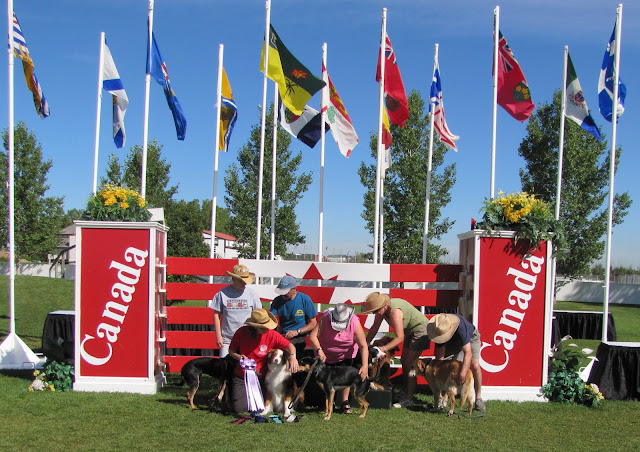 And the result.  On the left back are super volunteers, Marilyn, Brian and Lynda.  They worked three days, Marilyn and Lynda as gate stewards (I had the pleasure of Lynda stewarding our group for the whole time) and Brian as course builder and ring master.  In fact our club had two more people, Lea and Laurel, who also volunteered all weekend.  As far as I know, Lea stewarded the whole time, and Laurel switched between gate steward and timer/scribe.  Pretty amazing that out of 6 rings, 3 1/2 of them were stewarded by people from the same little club.  For those of you that don't know, the ring steward is responsible for getting the competitors into the ring on time and in the right order, plus sometimes dealing with issues from competitors. 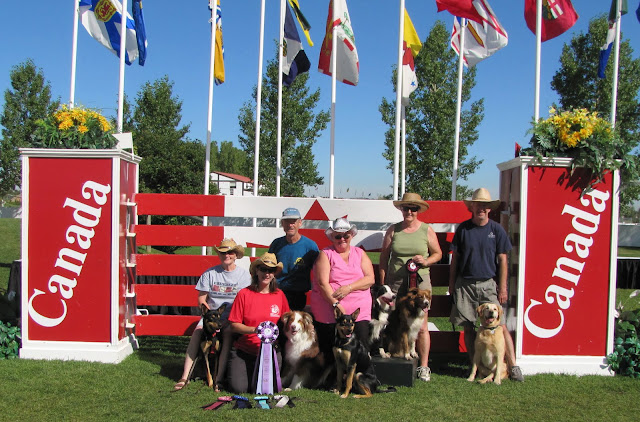 The scary bison was finally conquered.  Luna really wasn't thrilled about getting too close.  Someone told us to back her into position, which worked.  The evening before I had taken all three over there, and they were barking and dancing around at the end of their leashes like it was the scariest thing in the world.  Wish I had been able to film that:) 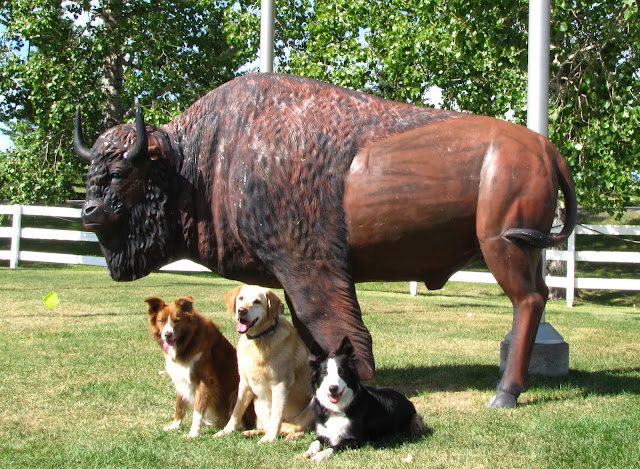 And then we took a stroll around the grounds.  Beautiful place, and visitor and dog friendly.  Seems you can just drive in and wander around. 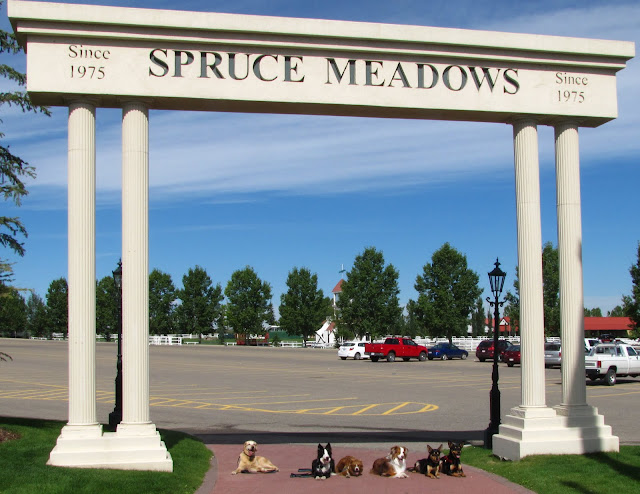 Beautiful horse statues on the lawns 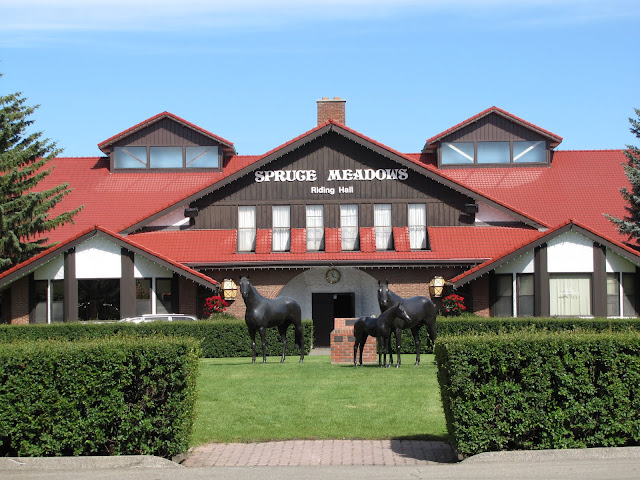 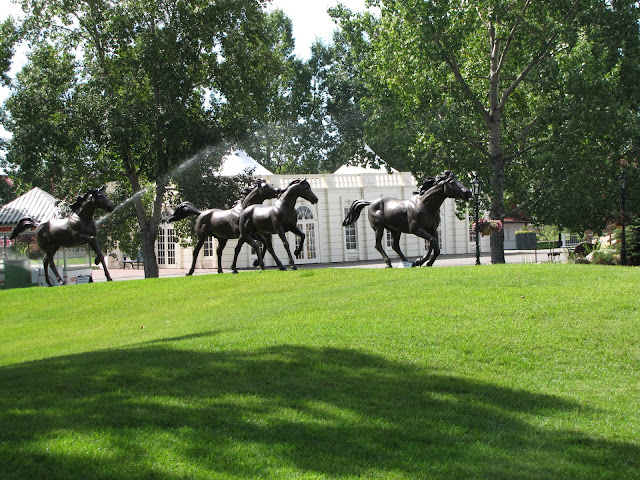 And real ones too 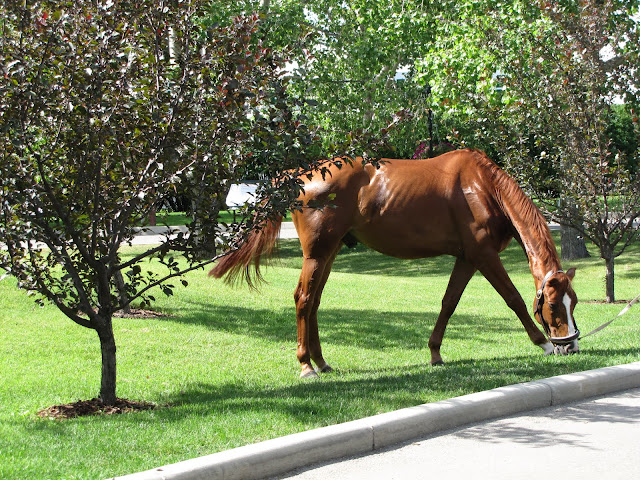 Finally we got on the road about noon.
Heading back through the foothills to the Rockies 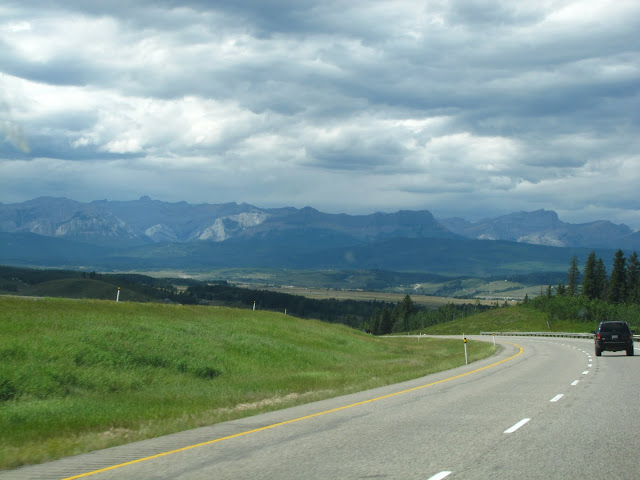 Another stop in  Canmore for the essentials, which included exercising, and then cooling off, the dogs 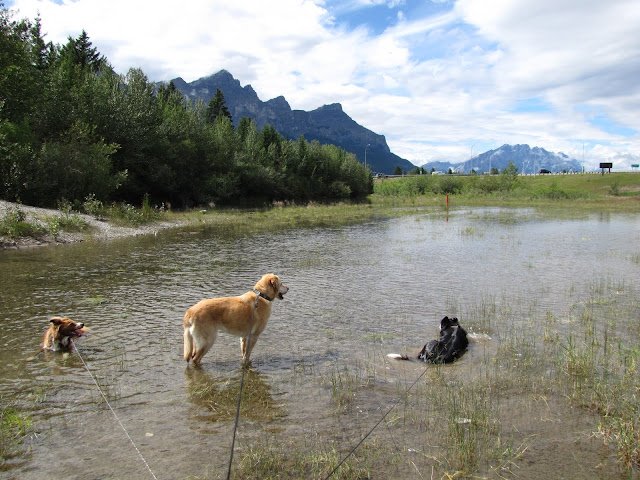 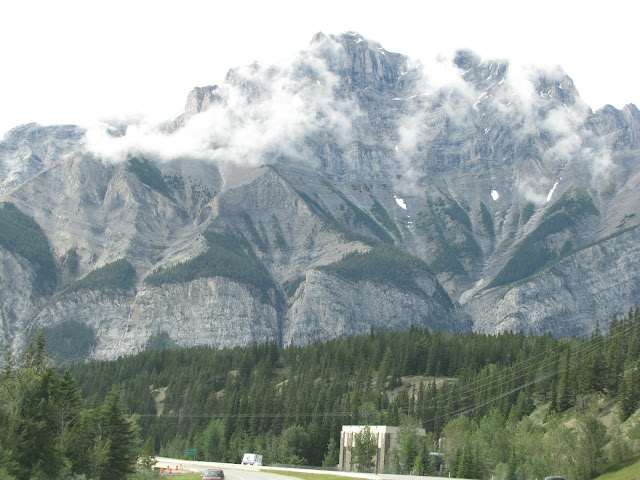 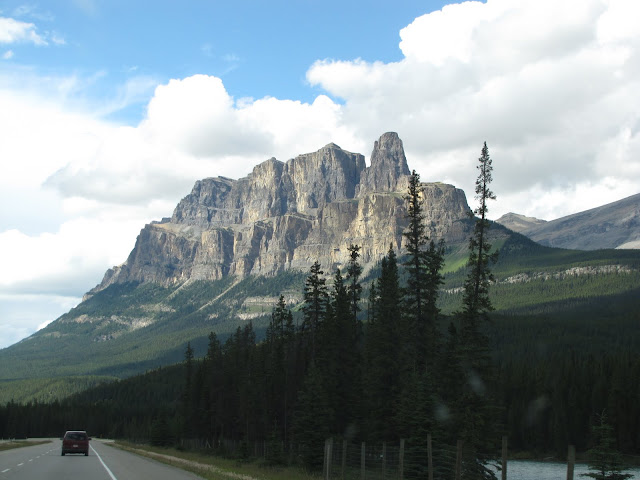 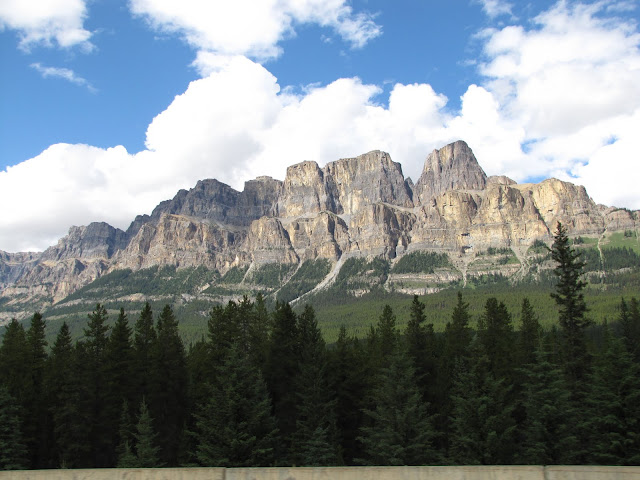 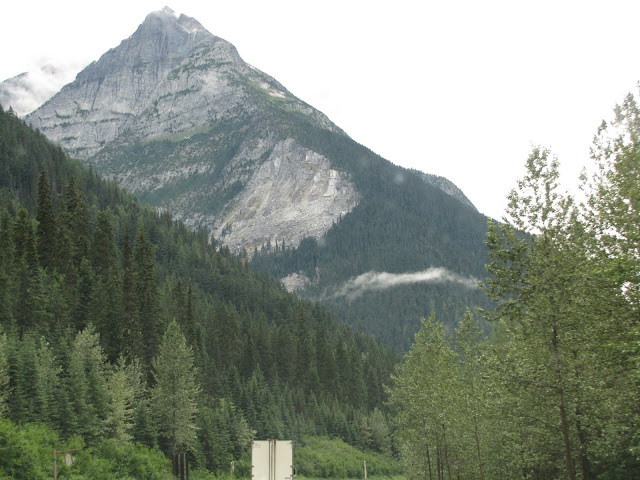 We did eventually run into some crummy weather.  Torrential rain and wind one spot coming through the mountains.
We had been lucky in Calgary.  Mostly sun and about 25 degrees max.  A bit of drizzle on Sunday morning, and then it cleared up.  A couple of distant thunderstorms that had Jake trembling.  My poor sensitive little dog:(
Thankfully the blueberry cannons that we have going off near us at home don't seem to bother him.
We stayed in Revelstoke at the same campsite as before, and it rained all night.
In the morning the igloo was gone, well nothing left but a ring where it had been stuck to the roof.
I guess rain is it's downfall.
Posted by Karen at 9:14 PM