Yesterday we drove down to the river to  Glen Valley Regional Park.  There are some trails along the river, which, being a park, are on-leash trails, but it was a change of scenery for all of us.  At first we walked down to the water's edge, as there was a nice bit of sand showing along the edge.  Instead of heading back up to the trails, we headed east along the river, and then a wonderful sand bar appeared.  That part of the river is still affected by the tides to some degree, and it was around the time of the low tide, so that combined with the lower water levels at this time of the year probably played a part in the appearance of the bar.  It was doggy fetching heaven.

Jake was thrilled
The sand was deep and soft 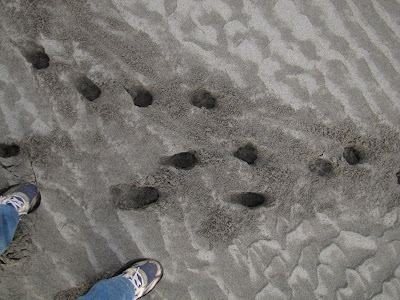 He practiced his sliding stops 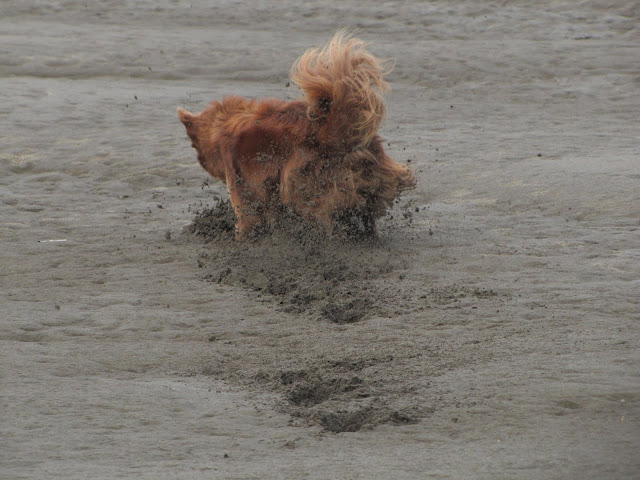 Calli was planning on sending her rock to China 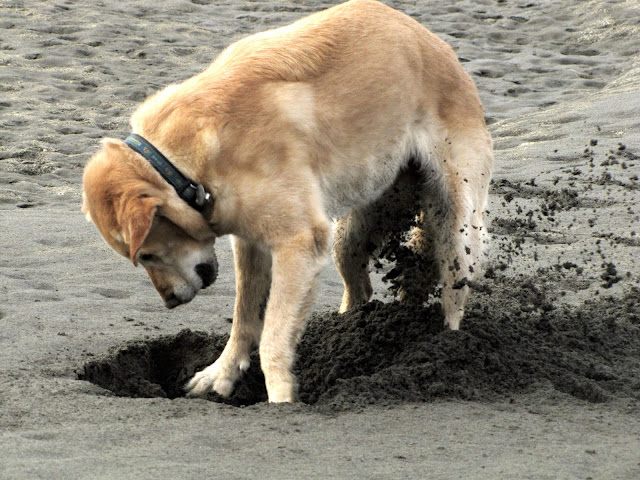 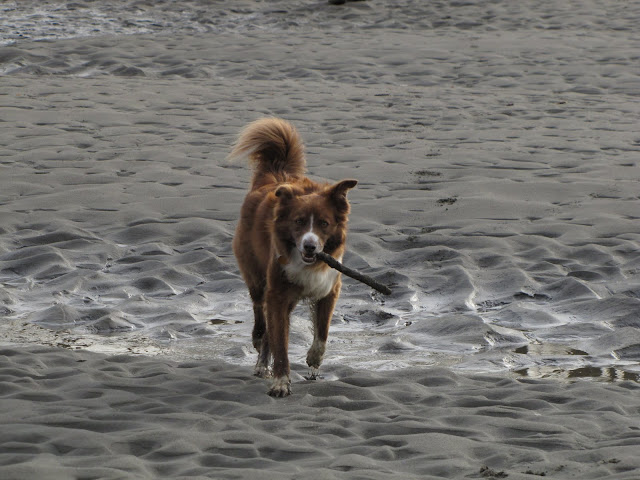 Can you throw it for me? 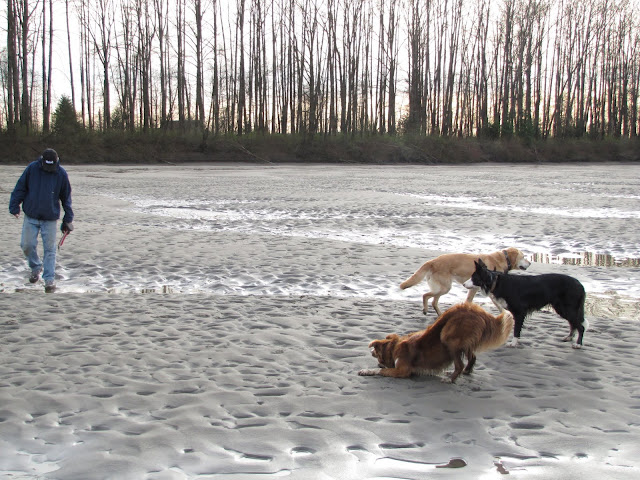 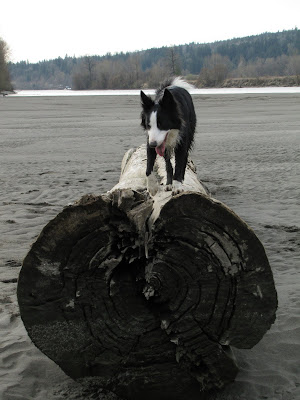 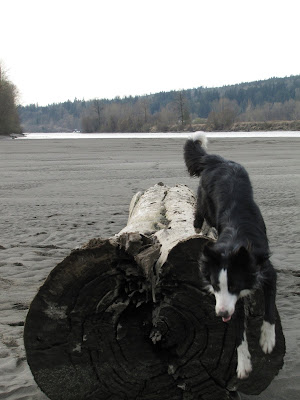 But some how or other, the sticks kept disappearing.
So Luna found one that would be hard to lose 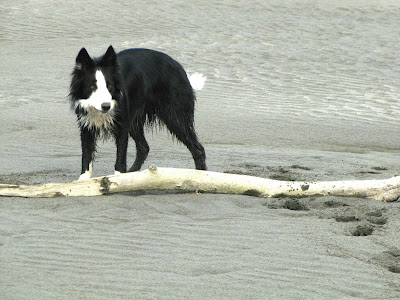 Jake, can you get 'em to throw it for us? 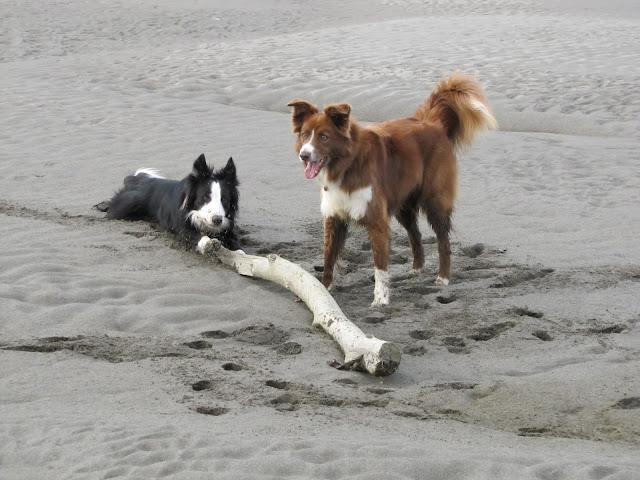 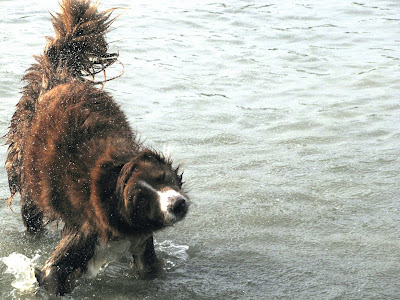 Luna waded out to get a head start.
Geez, I hope no hungry sturgeon are swimming by 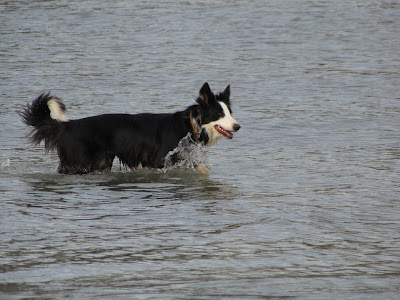 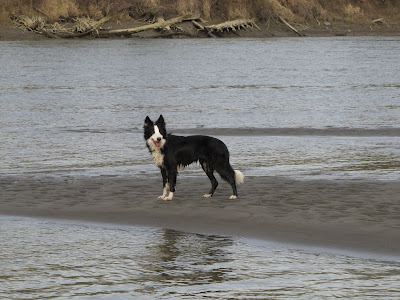 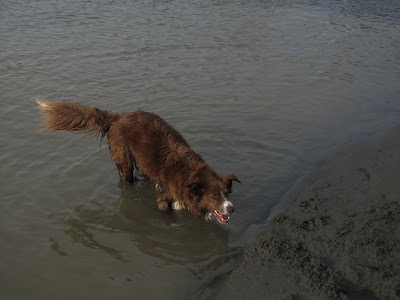 And Jake is the winner, which is a good thing 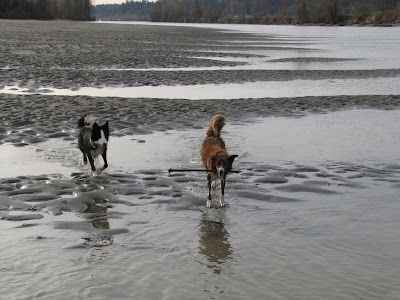 He always brings it right back to you, unlike some dogs we know.  In fact, he is quite happy to pick up where Luna leaves off, and deliver it to our feet. 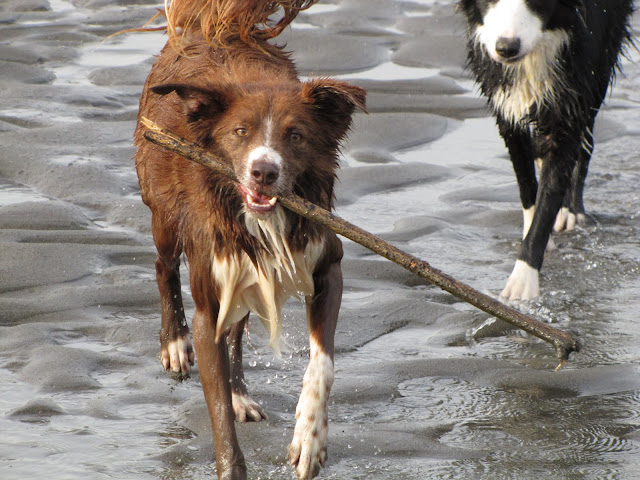 Sometimes though, much to Jake's disgust, Luna beats him to it 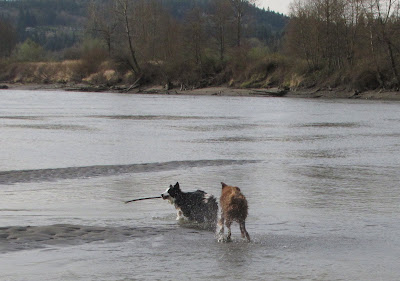 And what's worse, SOMETIMES she doesn't bring it back, or drop it, but she tries to bury it in the sand.  And Jake hates to get a mouth full of sand
Bark!Bark! --quit digging in the sand--Bark!Bark!--how can they throw the stick if we don't get it back to them--Bark!Bark!
And Jake has a shrill bark, verrry irritating, and we got to hear it twice.
For every bark he did, a second later we got the echo of it as it bounced off the island on the other side of the channel. 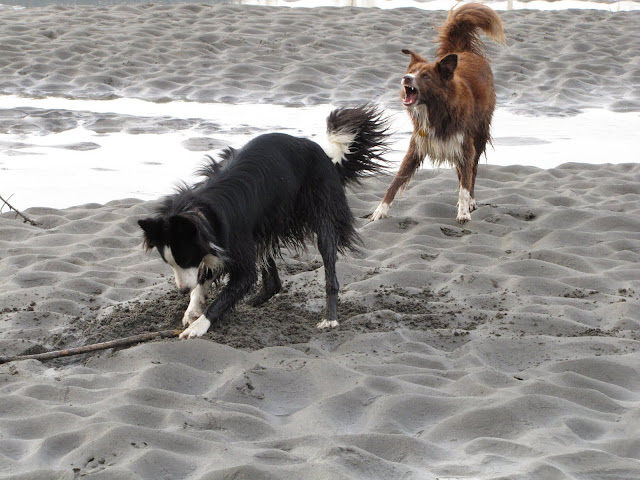 Thanks, Poplar Bar, it was nice meeting you. 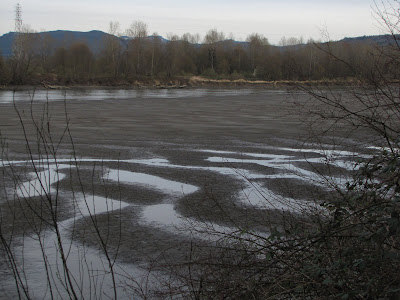