The grass is always greener

The thought of having free range chickens is a lovely one, but in real life it doesn't always work out the way you would like it.  Just like in the rest of the animal world (humans included), the grass always seems to be greener on the other side of the fence.  Despite having a field a half acre or so in size, there are always some chickens that eventually figure out how to get out of it.  Once they have got out and decided that yes, it is more interesting on the other side, there is no stopping them.  So, since most of the vegetable garden is right next to the chicken field, whenever we plant something, it has to be protected until the plants are up and a decent size.  One  chicken, nevermind three or four, that start scratching in the soil, can do an incredible amount of damage.  More than once I have had newly sprouted seeds all scratched out. 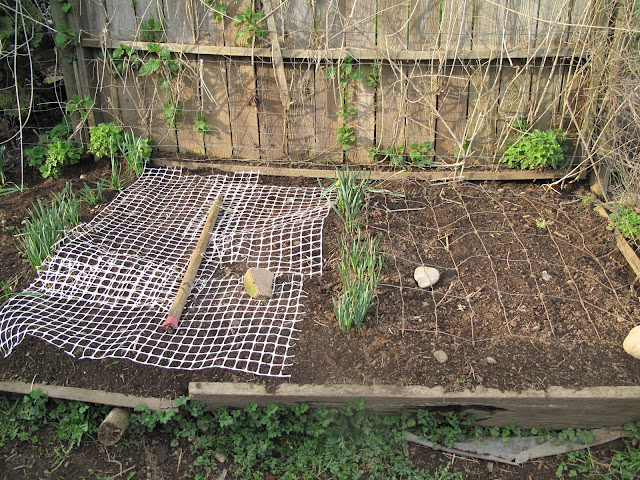 The other day I planted some arugula and salad greens in a spot where the rubarb used to be.  The rhubarb had never really done that well there.  Despite being where the old compost pile used to be, I think there was too much competion from the roots of a maple tree nearby, and that same tree shades the spot when the sun gets higher.  The rhubarb got dug out this spring and put in a better location, and I wanted to see if some greens would do alright there.  I found something to cover the patch, but sure enough the next day the rooster and a couple of hens were right there next to it, scratching where they could. (The hens in the background are on the side of the fence that I prefer) 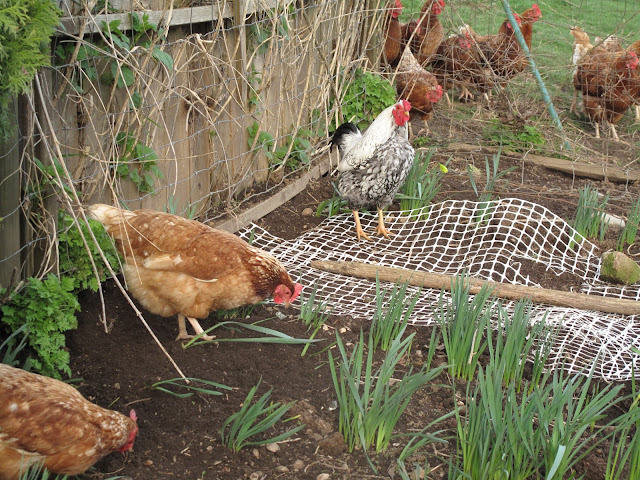 On the south side of the greenhouse I planted some peas, beets, and chard.  I laid netting over the chard and beets, and there are long poles laid where the peas are planted. 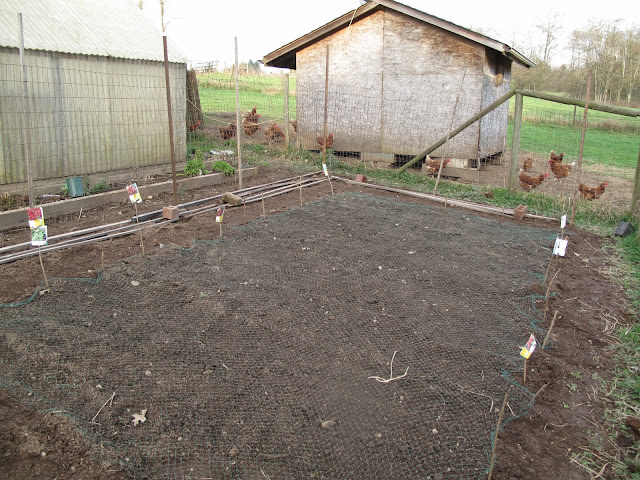 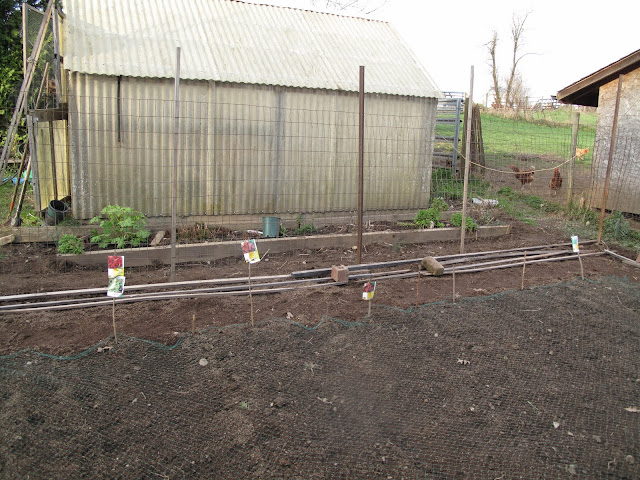 About a month ago I planted some broad beans.  I had almost given up hope on them germinating, and so was really thrilled to see some little green shoots coming up a couple of days ago. 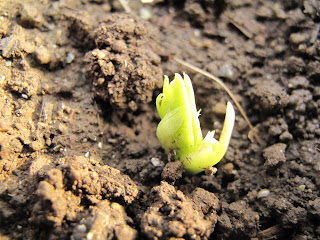 They are in a small plot at the top of the driveway, which has a low fence around it, and the boards were on either side of the row. 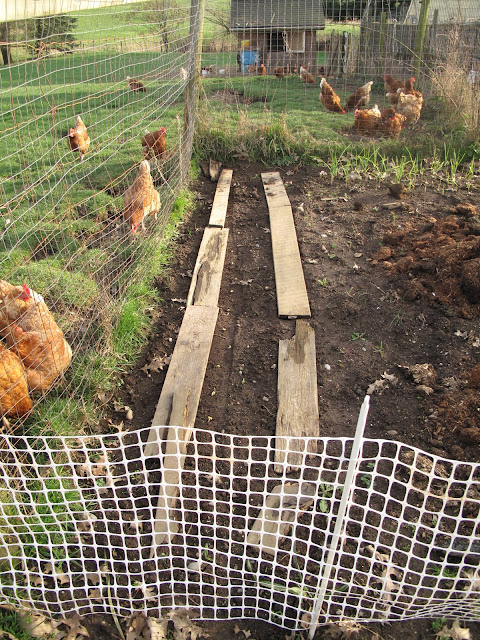 I'm excited about getting veggies started early, and am just hoping those chickens don't figure out a way to make a mess of it.
Posted by Karen at 8:41 PM